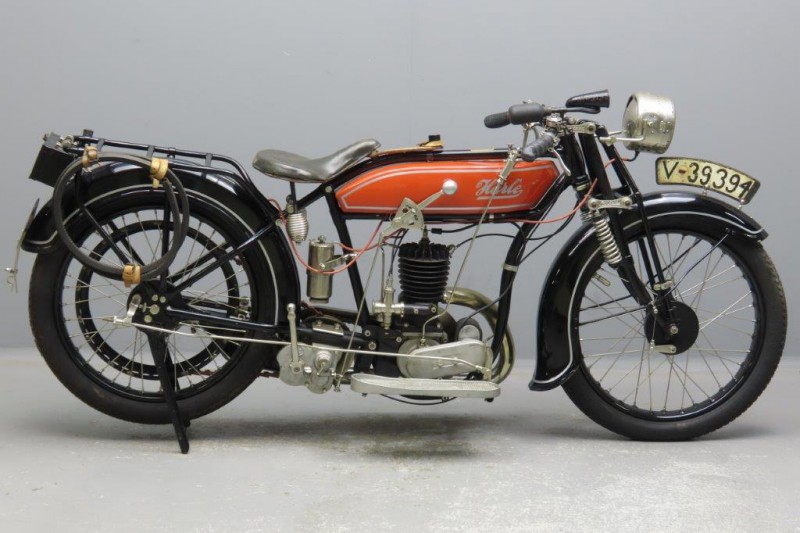 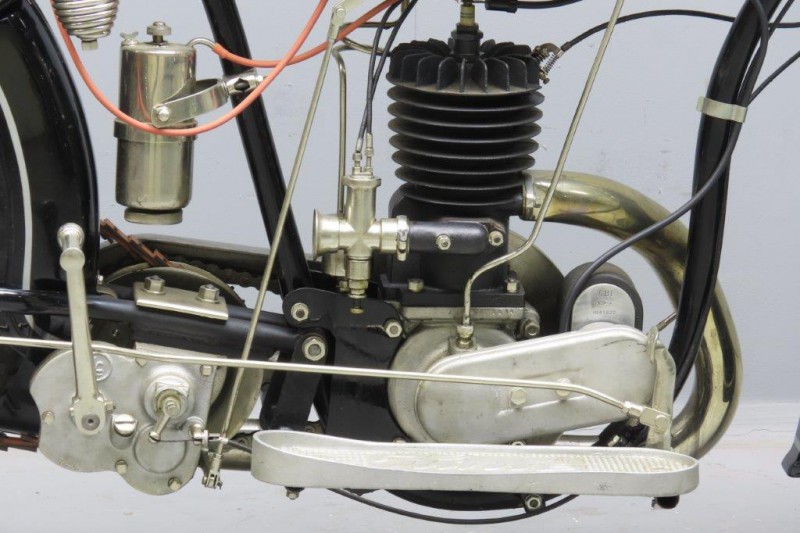 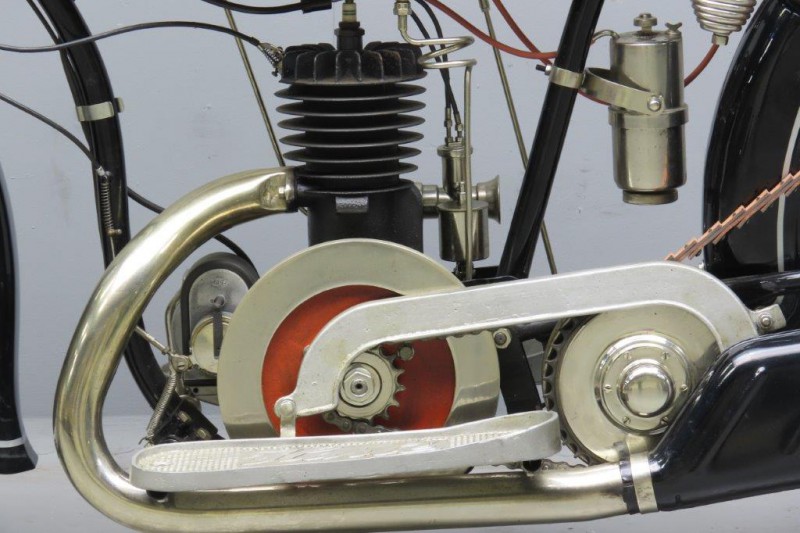 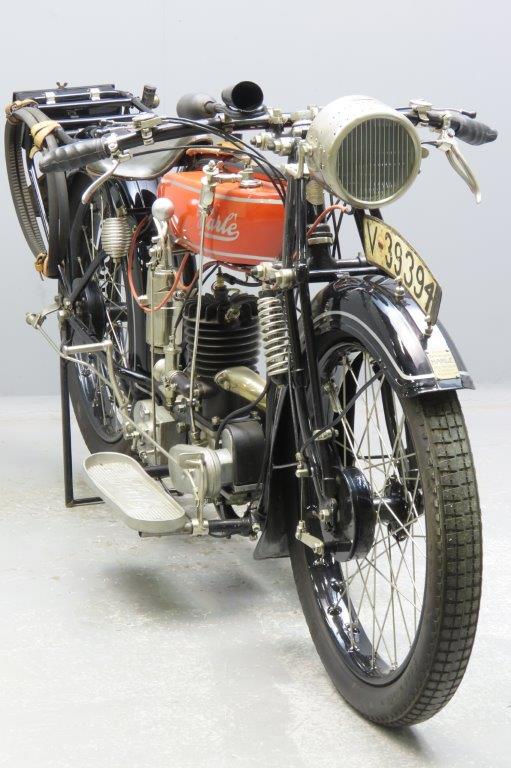 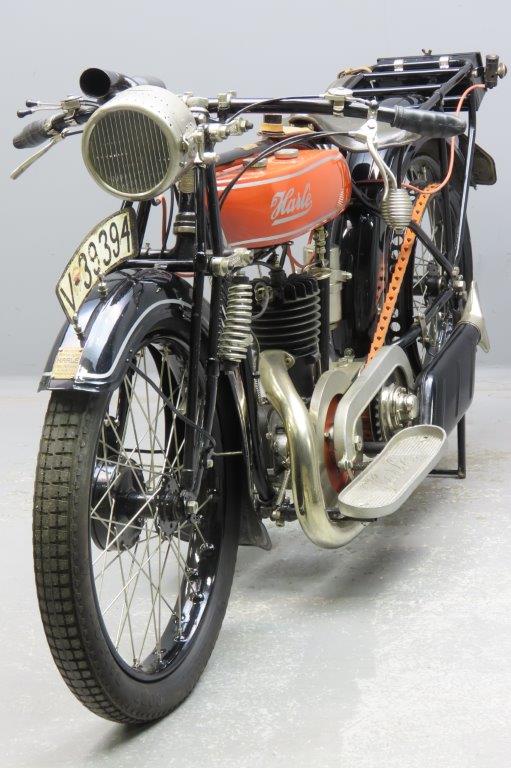 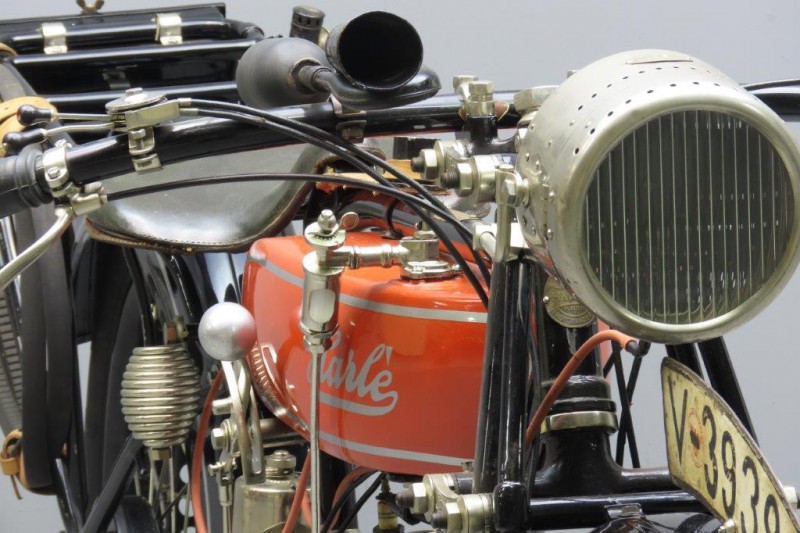 In the German town of Plauen, some 150 km southwest of Dresden, the partners Harnisch & Lehmann built a small series of motorcycles over a number of years, starting in the early twenties with a four stoke model of which no pictures are known to have survived.
In the mid-twenties a 350 cc two stroke model was marketed. From this model several original photos and a brochure still exist.
Most parts of this machine, including engine and gearbox, where of Harlé’s own design and manufacture, which was highly unusual for small scale motorcycle manufacturers at the time.
In the original brochure of the 350cc model only the name of Otto Harnisch is mentioned, so probably the partnership was ended around 1924.
It is known that Harlé entered a machine in races in the twenties and that a model with 500cc Bark Sports engine was brought out in 1930.
Frame numbers of no more than five Harlés are known, the lowest number being 1025, the highest 1065.
As small manufacturers often started numbering with 1000, it is thought that certainly less than a hundred Harlé machine have been manufactured.
This is an easy to handle and swift machine.
She shifts easily up and down and the clutch does a perfect job.
She starts first kick and runs well.