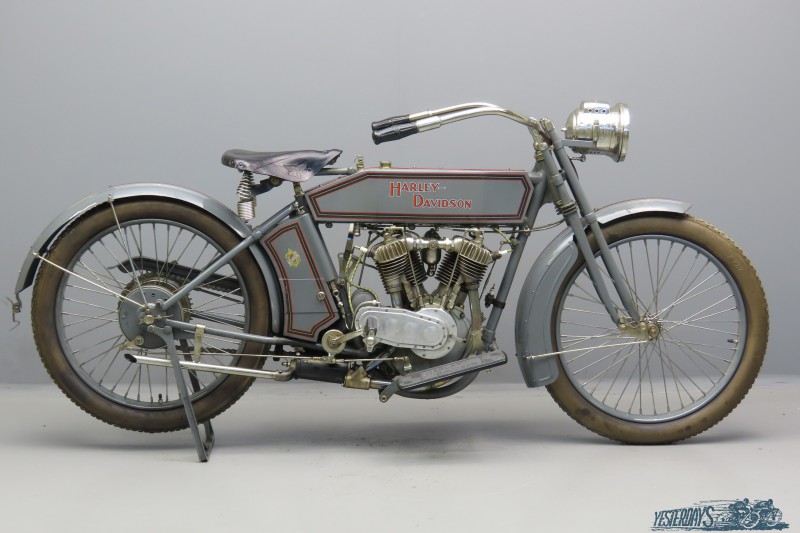 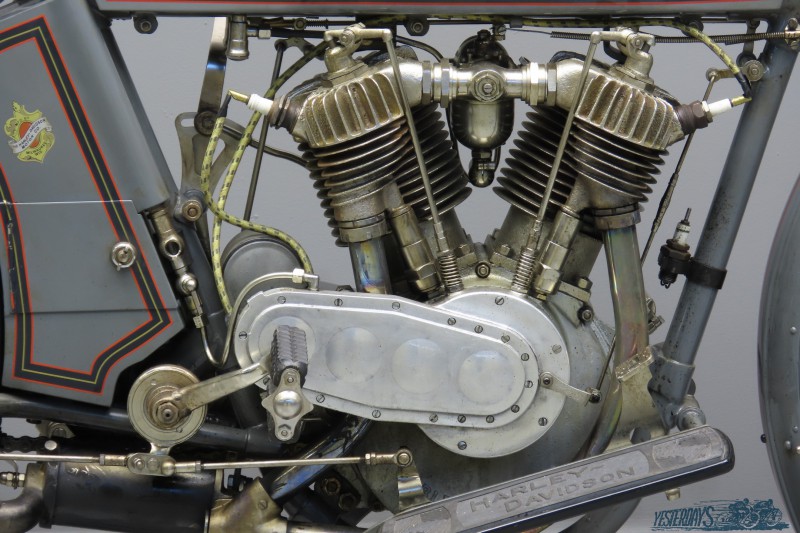 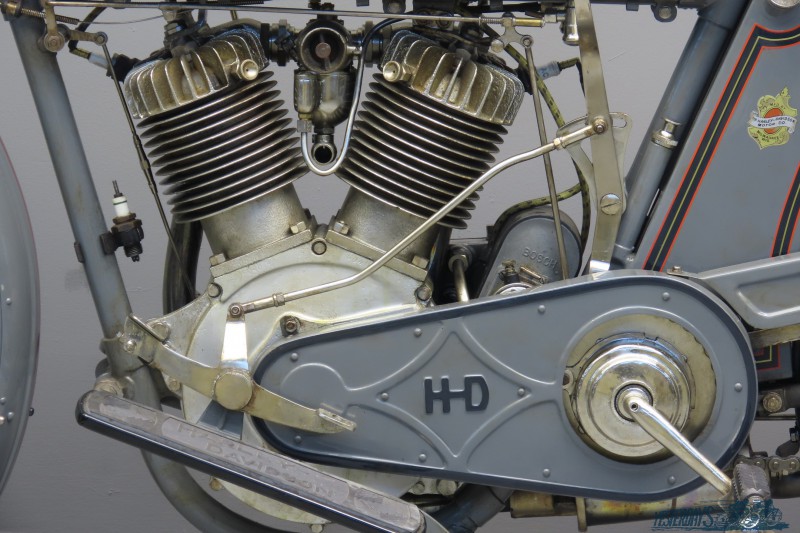 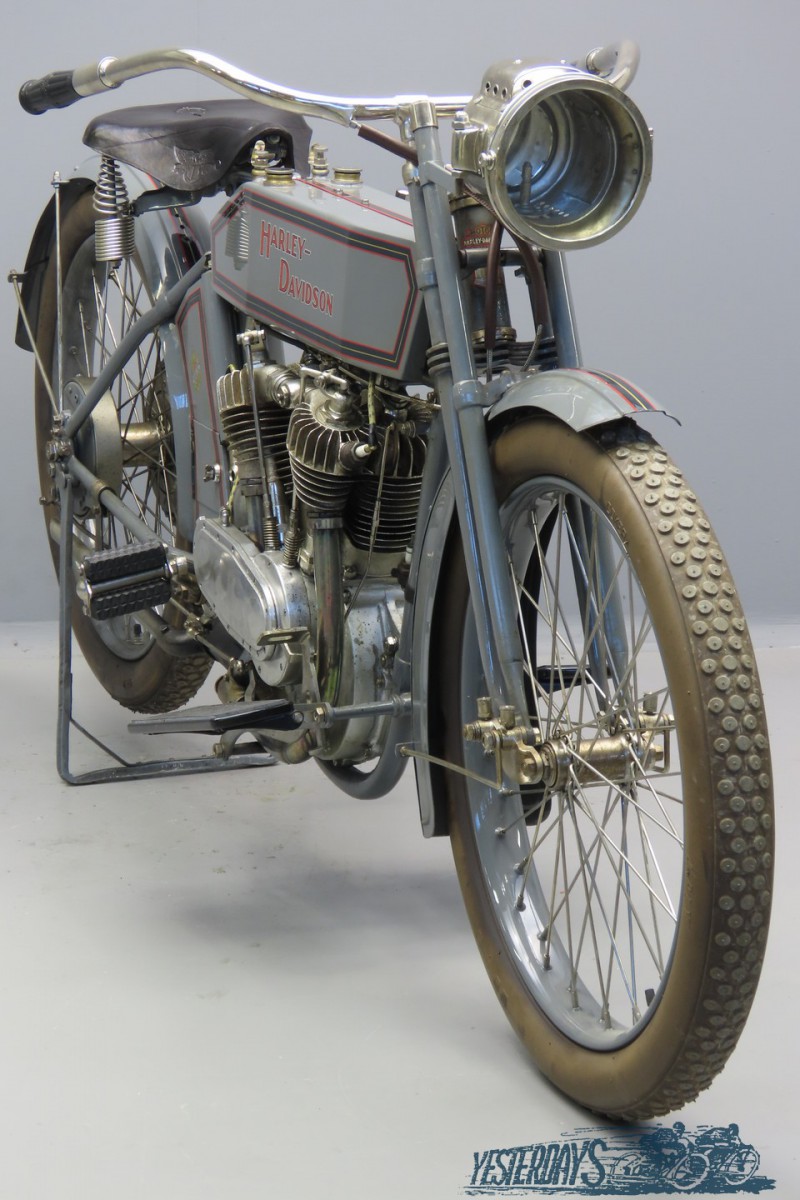 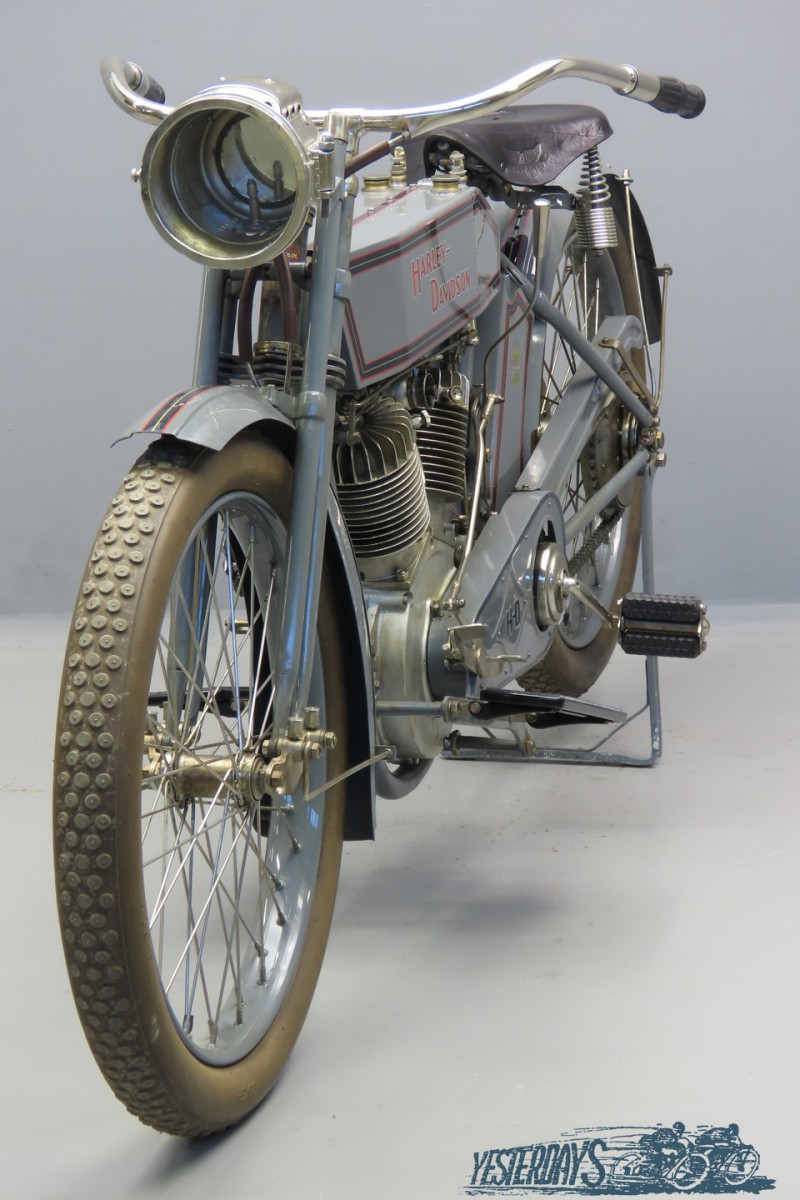 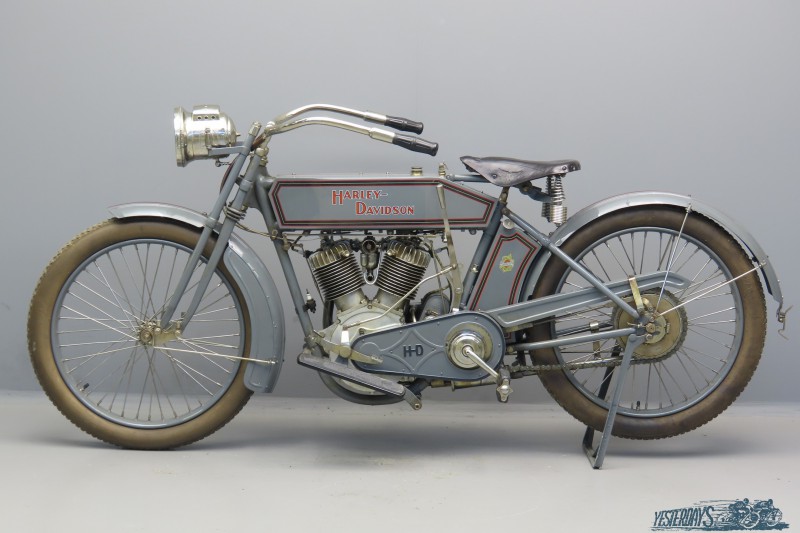 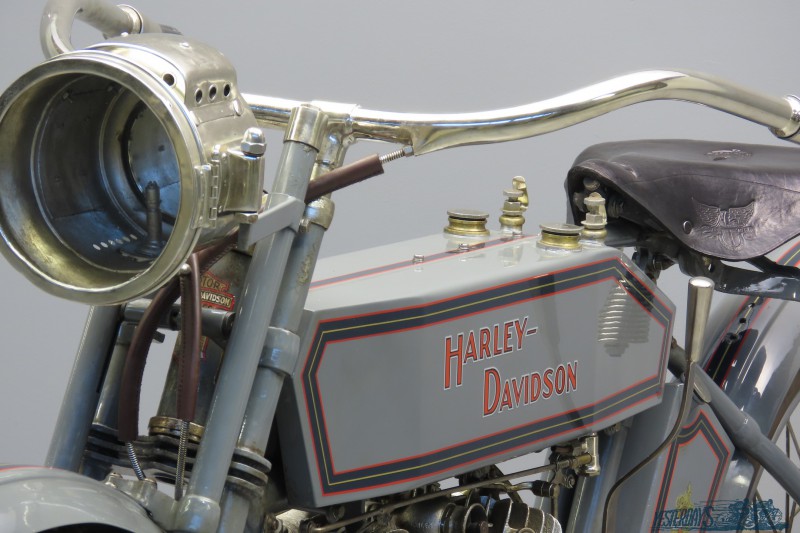 The first V-twin Harley prototype was displayed at the Chicago Motorcycle Show in February 1907, but it wasn’t until 1909 that the first twins were for sale; officially they were still considered prototypes and only 27 were sold.
The engine had a capacity of 880cc and had atmospheric intake valves.
The standard colour of these machines was Renault Gray with carmine striping.
The engines were not as good as the company expected so for 1910 no twins were offered and further development work was done.
In 1911 a new engine was presented with 811cc capacity and IOE configuration.
This proved to be a sound design and it was developed further year after year.
In 1912 a bigger, 989cc engine was an option and in 1913 the 989cc engine became standard.
In the 1914 catalogue five models were offered, three 5hp singles and two 8hp twins.
The twins were available in single speed as model “E” and with two-speed gear in the rear hub as model “F”.
Not mentioned in the motorcycle catalogue by the way was the model “G,” a delivery van also equipped with 2 speed hub.
As with every new model year, the factory had improved their machines in a number of ways. A very practical innovation was the fitting of a step starter.
This was an early form of a kick starter but with a forward stroke.
Previous models had to be hauled on their rear stand before starting. Important was also the newly constructed rear brake, which was no longer a bicycle-type rear-pedal hub brake but an internal expanding brake that acted on a separate rear drum and could be operated with a pedal above the right hand side footboard.
The system was well-thought out: riders who had their feet on the pedals instead of on the footboards could also apply the brake by pedalling backwards.
The clutch could be operated by hand or by foot.
Not many 1914 single speeder twins are still around: that year the factory sold some 16,000 motorcycles and less than a third of them were single speeder twins.
The machine we present here has been carefully restored.
It’s in excellent condition and is fitted with acetylene handlamp.