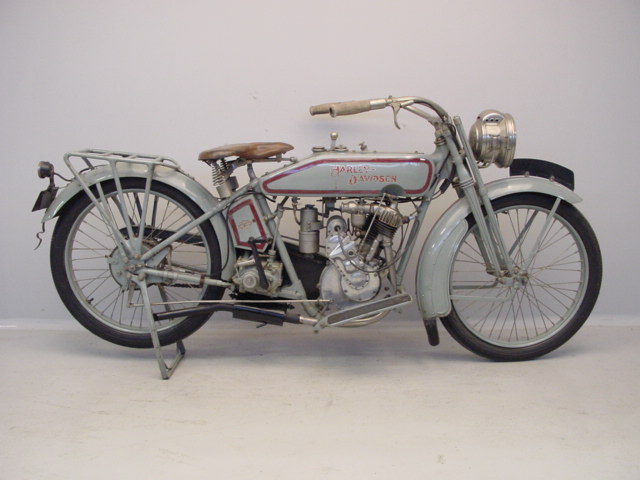 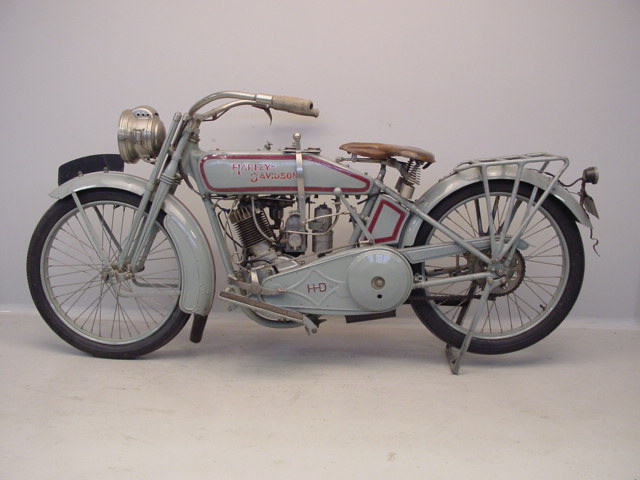 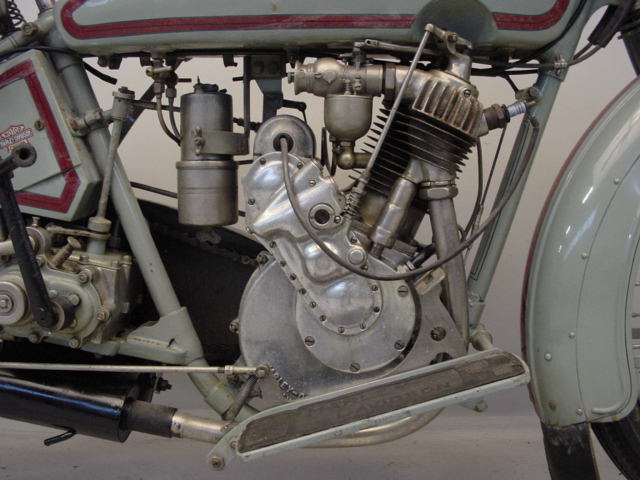 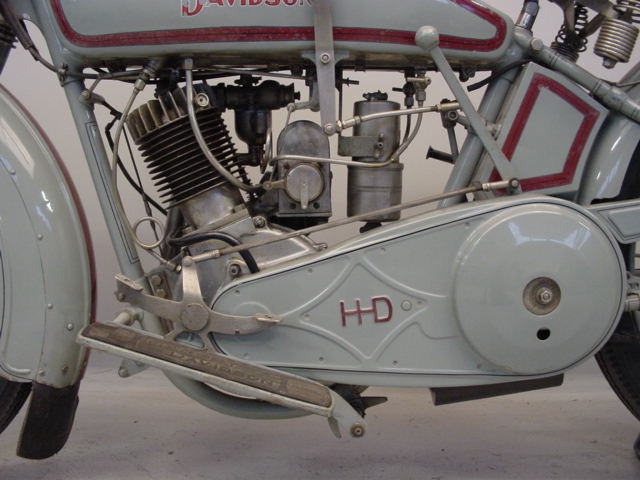 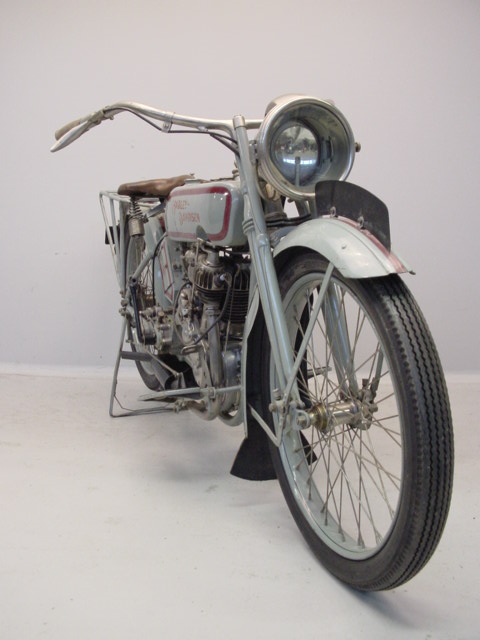 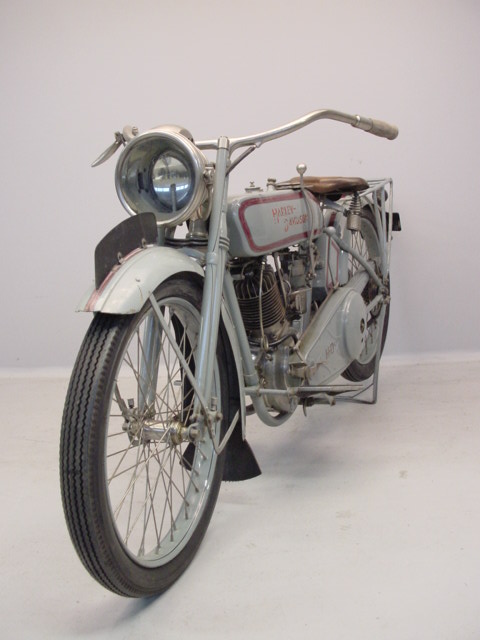 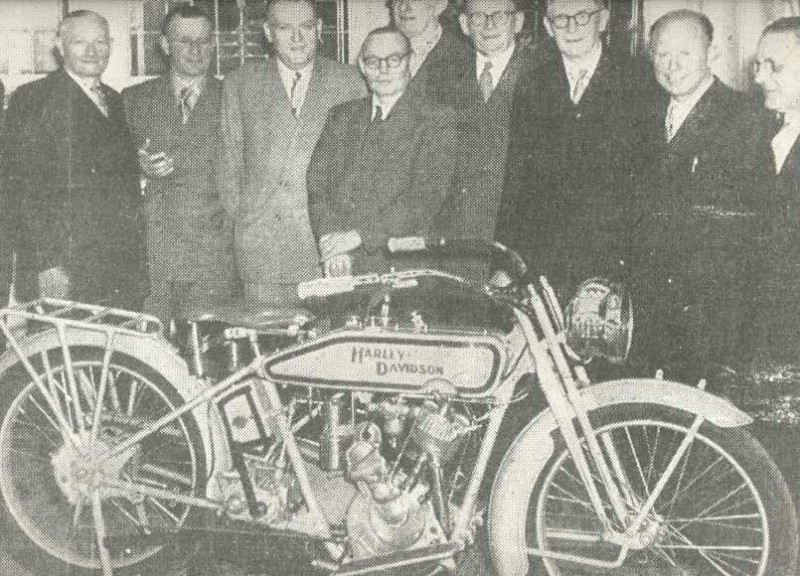 In 1911 the first V- twins were brought out and very soon these models became the customers’ favourites; it seems singles were most popular for utility uses and in the export markets.
In 1916 no more than 862 machines were sold from the model C single, the same year more than 15,000 twins left the Milwaukee factory.
That year two  types of singles were available, the model 16 B single speed and the model 16 C with 3 speed gearbox.
1916 was the first year that the company used a rear stroke starter on some of their models; another new feature was the use of rounded edges on the tanks which gave the machines a more modern look.
This rare single has an interesting history: it was sold in 1916 by the Dutch importer and in 1921 it was traded in for a new machine.
The single was put in the showroom but remained unsold for a number of years.
Several photographs of the showroom are known on which the 16 C is visible.
In the 1930’s the machine was restored and acted as a centrepiece in the importer’s  jubilee exhibition.
In later years another company was contacted as Harley Davidson importer, and the 16C went into retirement.
In the 1970s it was acquired by a Dutch vintage motorcycle enthusiast and later on it moved again to the showroom of a Harley dealership: the bike has gone full circle you might say. ….
The machine is in excellent condition and probably hasn’t been used since the early twenties.