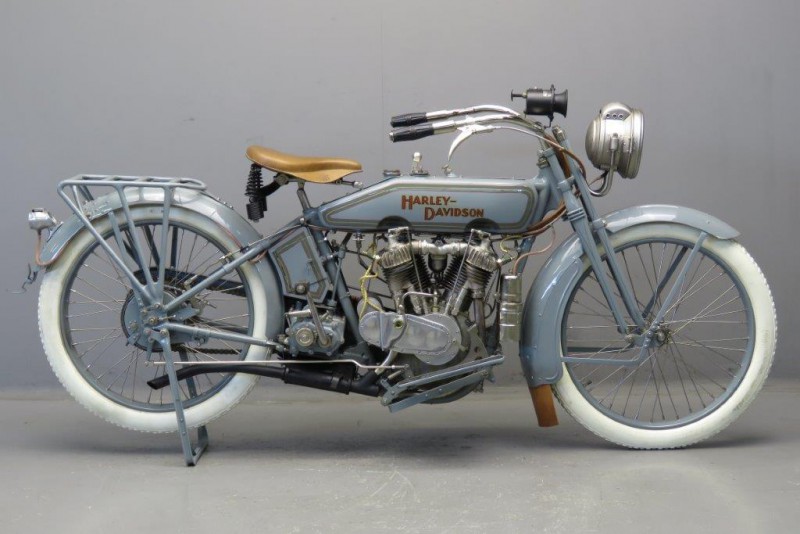 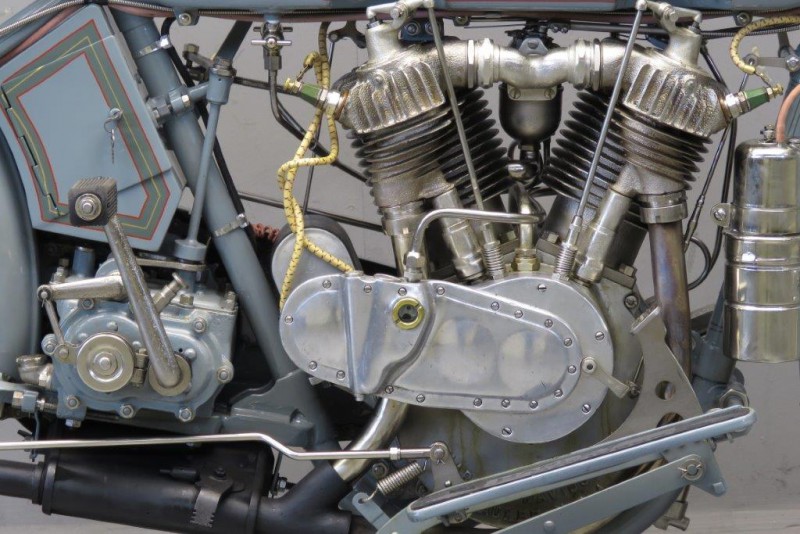 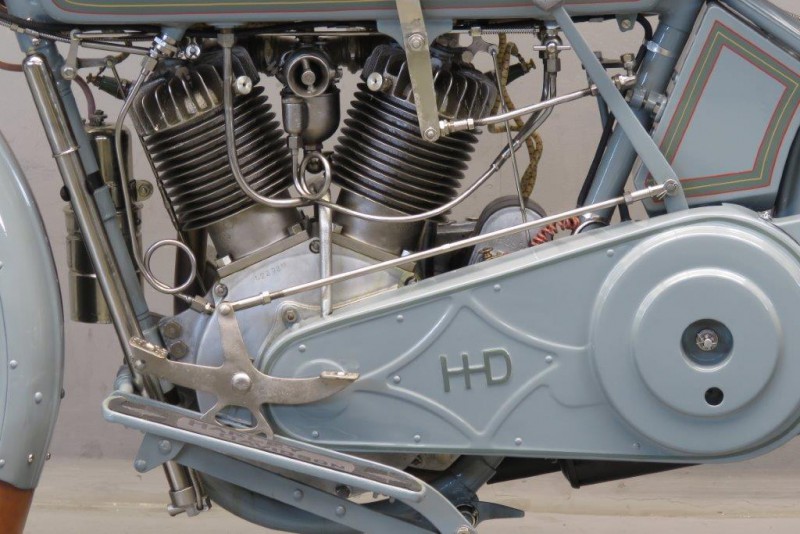 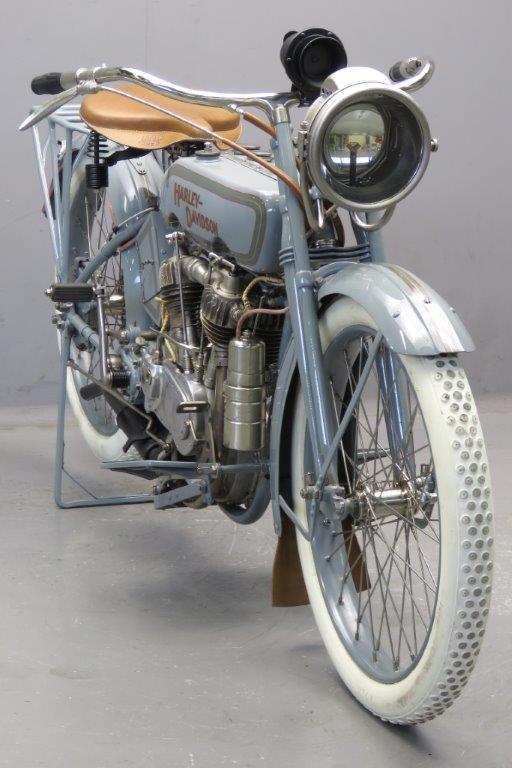 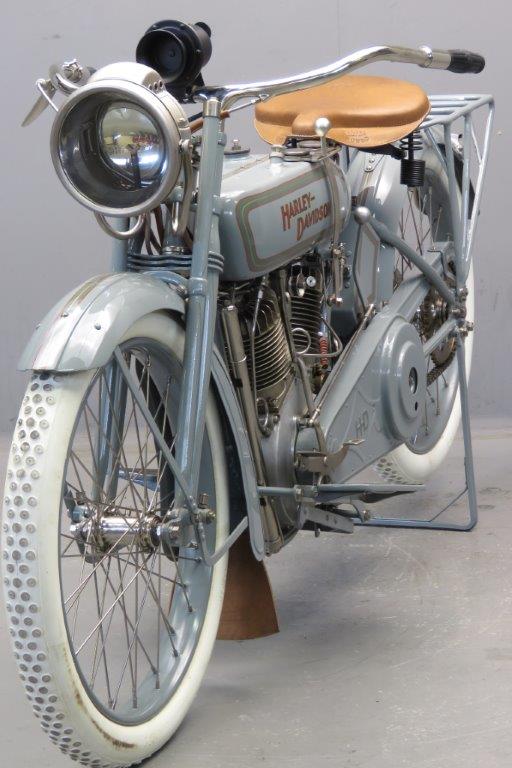 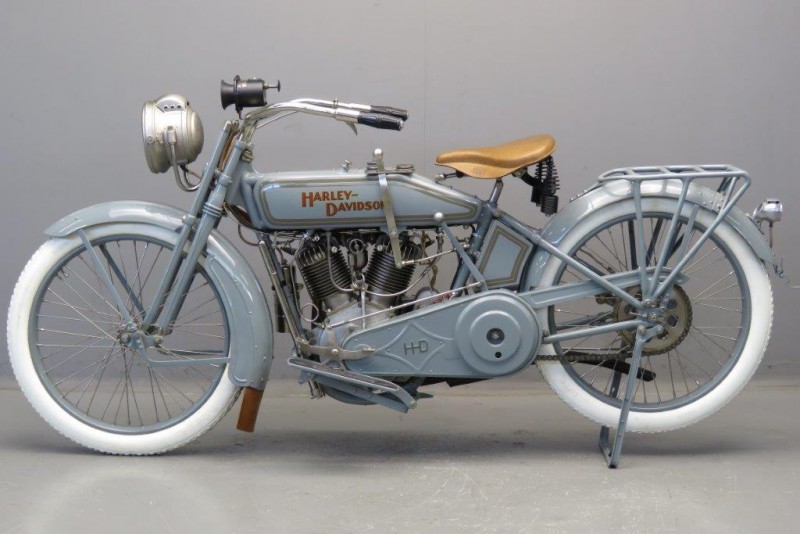 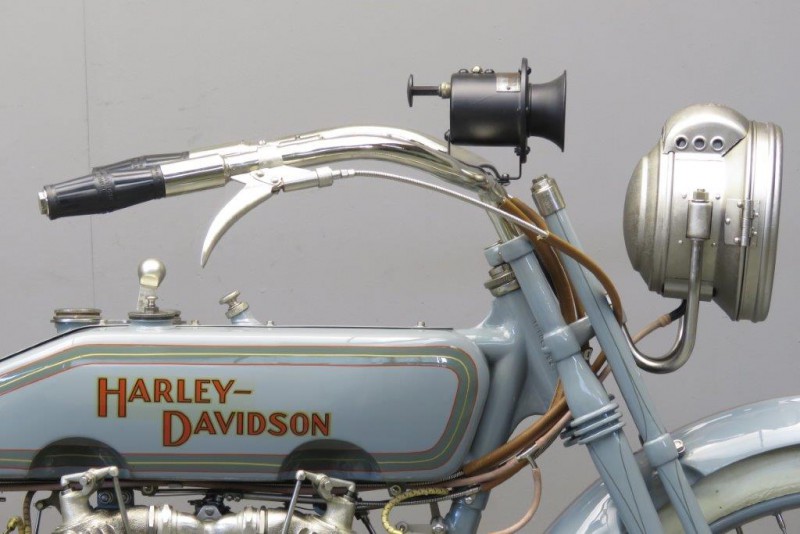 In 1915 Harley-Davidson fitted for the first time a three speed countershaft gearbox and the  engine power output grew from 9 HP @ 2400 rpm to 11HP @ 3000 rpm.
To accommodate the larger dimensions of the new adjustable valves the engineers had to cut notches in the lower edge of the fuel tank.
For 1916 the company altered their model designations to follow the calendar instead of  H-D years of production from 1905.
Thus machines sold in 1916, which should have been model 12s, became model 16s instead. Wider front forks, stronger wheel rims and front hubs and wider front mudguards were amongst many less-obvious improvements introduced.
A new tank was fitted, with more rounded lines and greater fuel capacity; oil and fuel compartments were now combined in the left-hand half.
The weight stayed the same as that of the 1915 model, 150 kilograms.
Maximum speed was 95 km/hour and the engine had a compression of  3.75:1.  9496 “F” magneto equipped  models were produced in 1916,  5898 machines were electrically equipped coil-ignition “J” models. (Source: “Harley Davidson, all the Motorcycles 1903-1983” by Matthias Gerst.)
This fine Harley has been eminently restored.