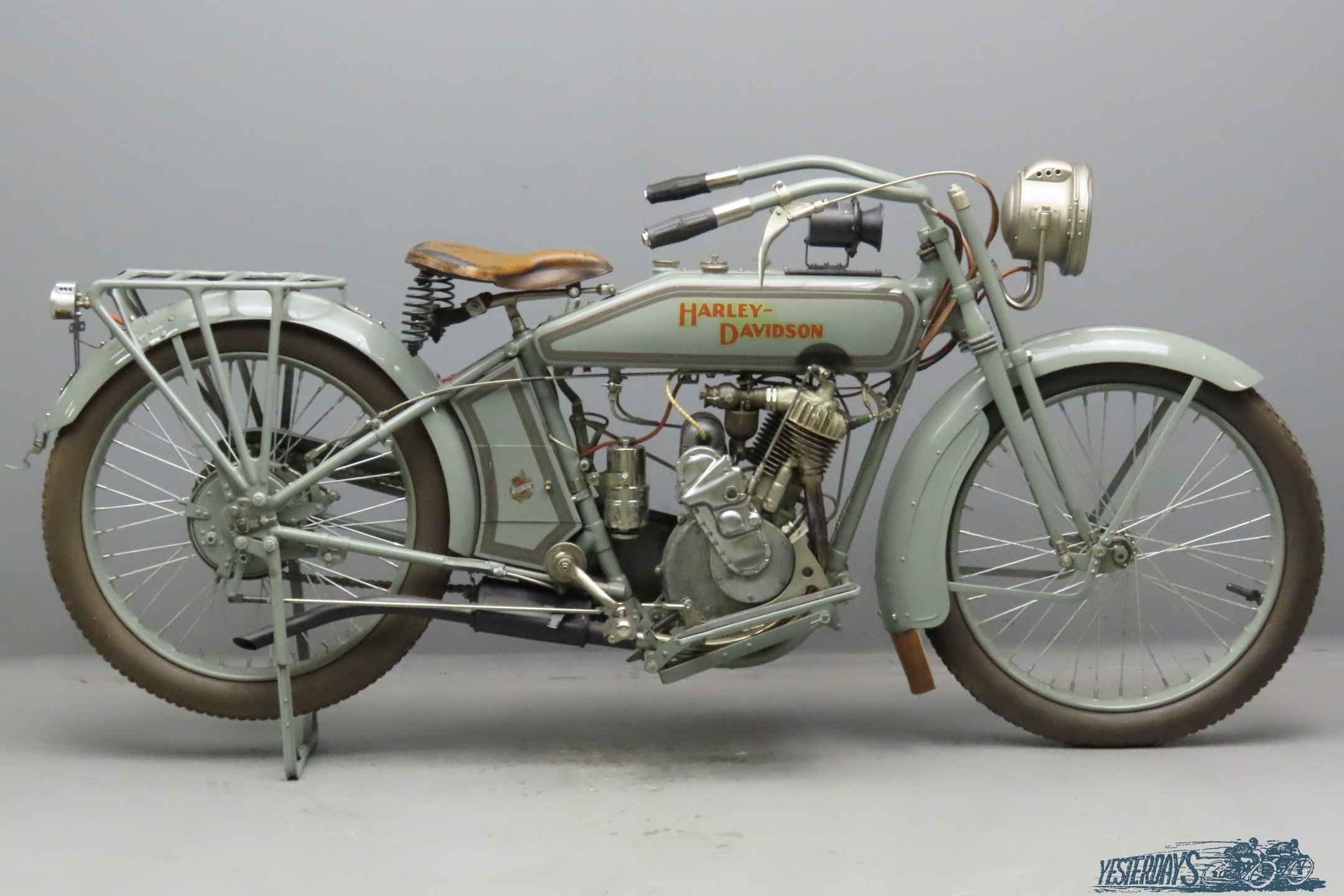 In 1911 the first V-twins were brought out and very soon these models became the customers’ favourites; it seems singles were most popular for utility uses and in the export markets.
For 1916 two types of singles were available, the model 16B single speed and the model 16C with 3 speed countershaft gearbox.
Some 15,000 twins left the factory in 1916, but only 1155 singles were sold that year.
Only 292 of these were Model Bs so it’s certainly quite a rare model.
Some new features for 1916 were wider front forks, stronger wheel rims and front hubs and wider front mudguards.
Also a new type of tank was fitted with more rounded lines and greater fuel capacity.
1916 would be the last year of the Renault Gray finish, from model year 1917 Harleys would be Olive Green.

This very rare single has a known history: it was bought by a man who operated a fairground attraction in the province of Zeeland in The Netherlands.
During the season the fairground moved from village to village and the Harley was used as transport between the fairground and the man’s home.
At some time in the thirties the machine was laid up and put to rest in a barn, where it stayed till 1969 when a young Harley enthusiast convinced the owner that the old machine would be better off when it got a new home.
Since then it has moved house several times till about 10 years ago a total restoration was undertaken.
One of the first rides of the reborn Harley was a run through the village where it was found.
This was an emotional event for the son of the original owner, who had often been dreaming to ride the antique Harley when he was a child in the fifties….
The 16B comes with full acetylene lighting and “Klaxon” hand horn and the typically shaped green Splitdorf spark plug gives evidence of the restorer’s eye for detail.