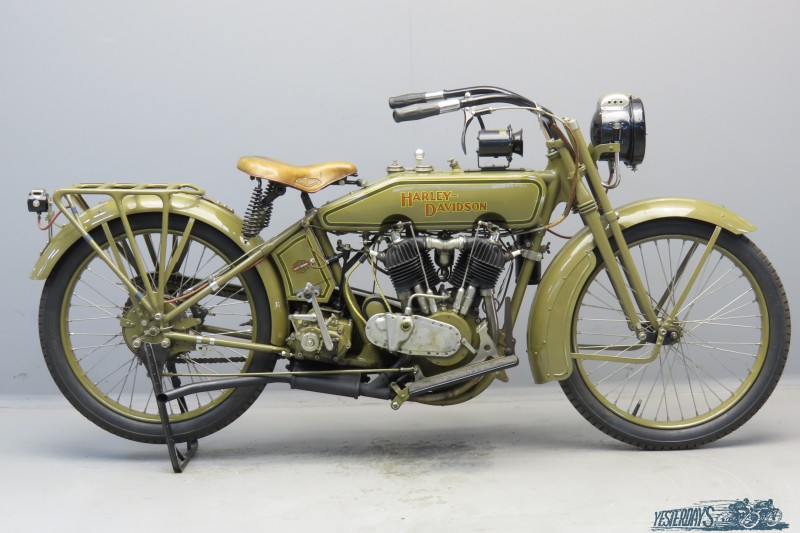 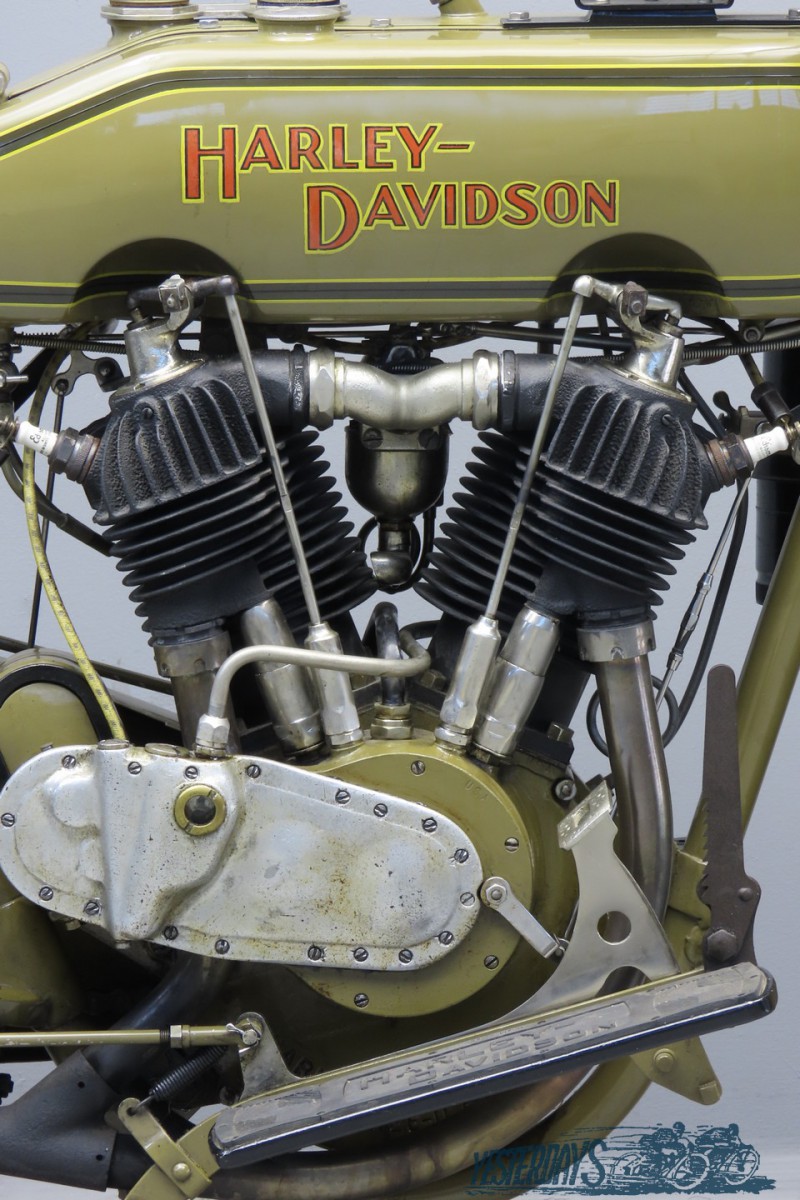 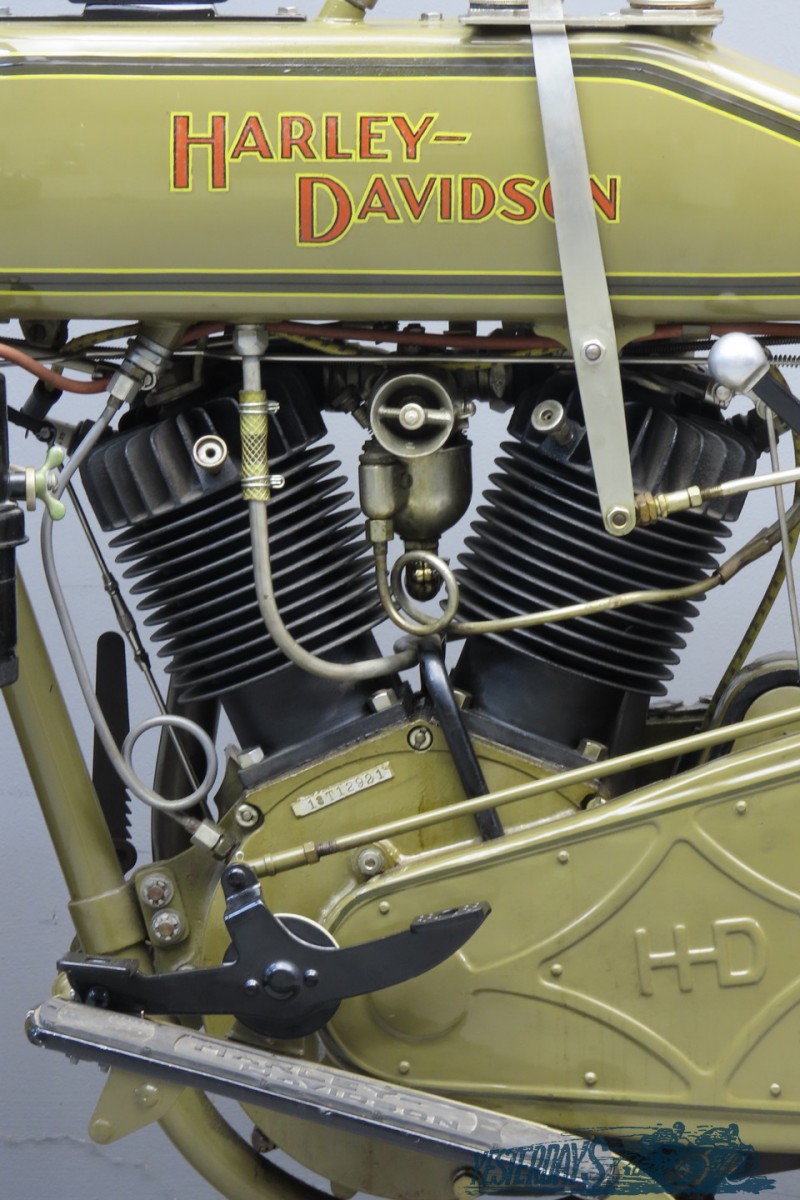 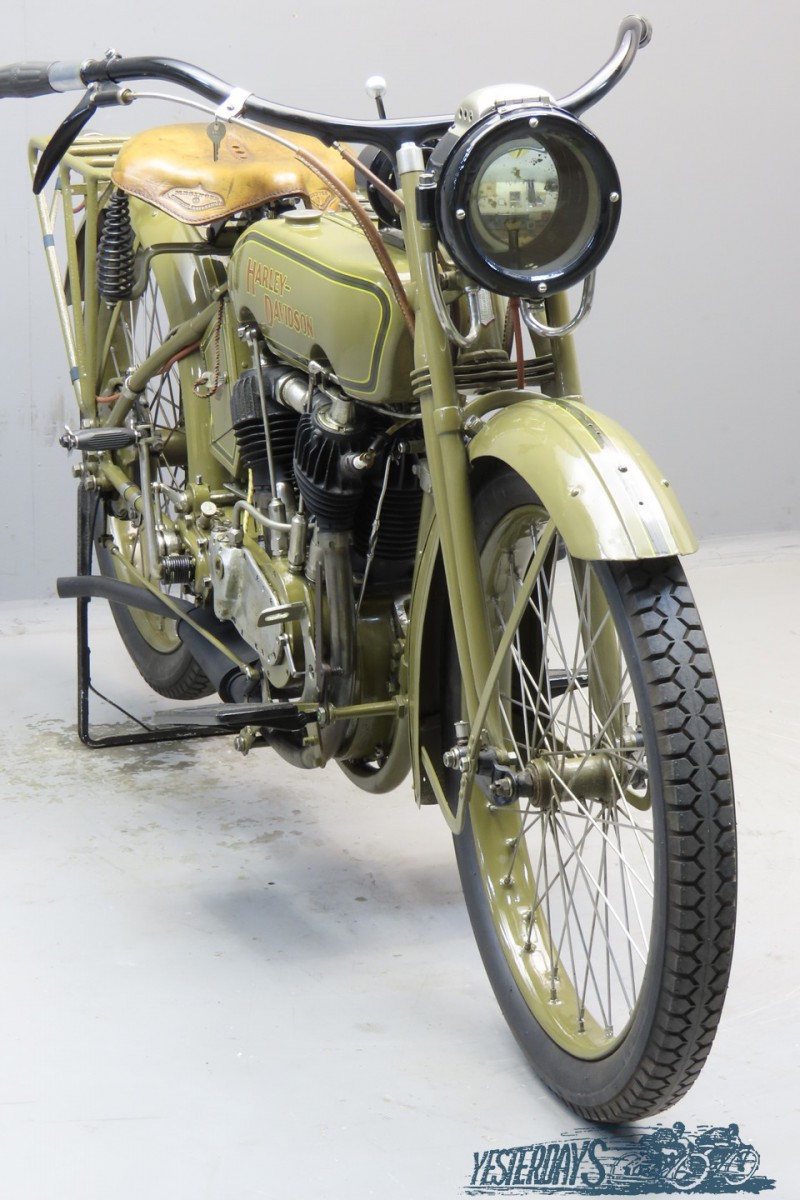 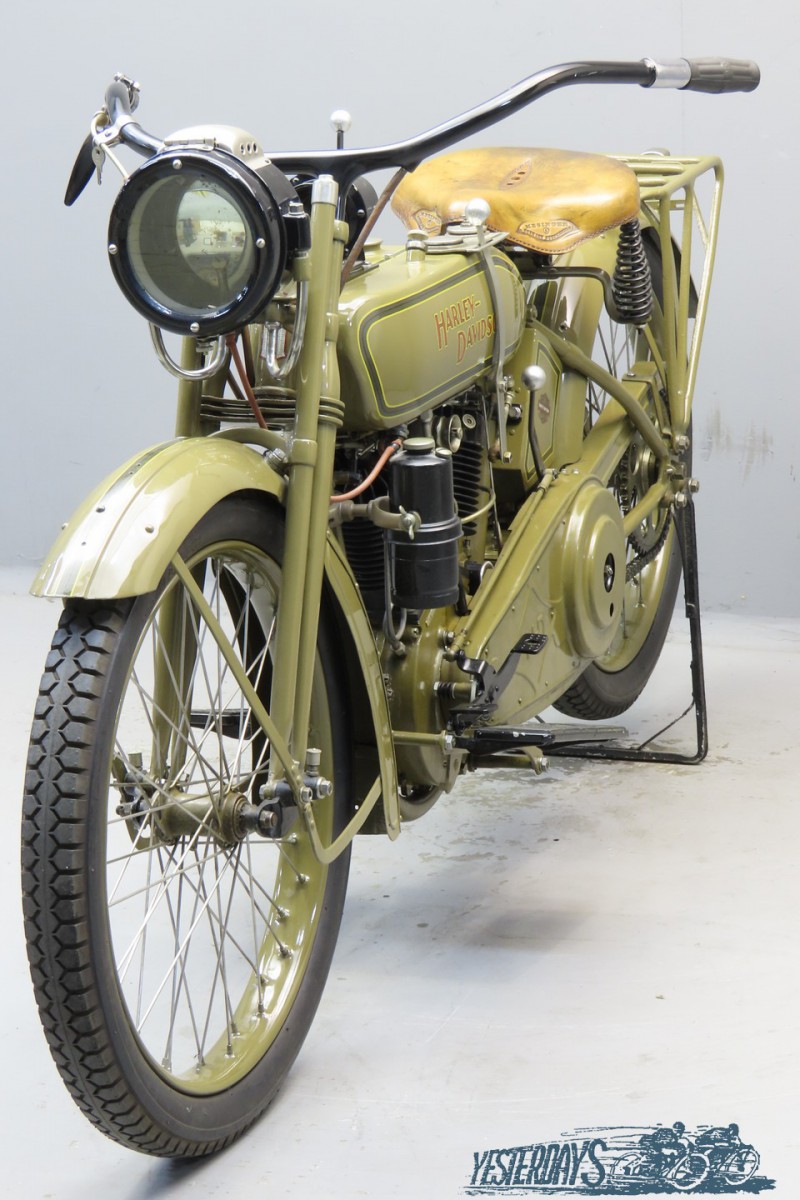 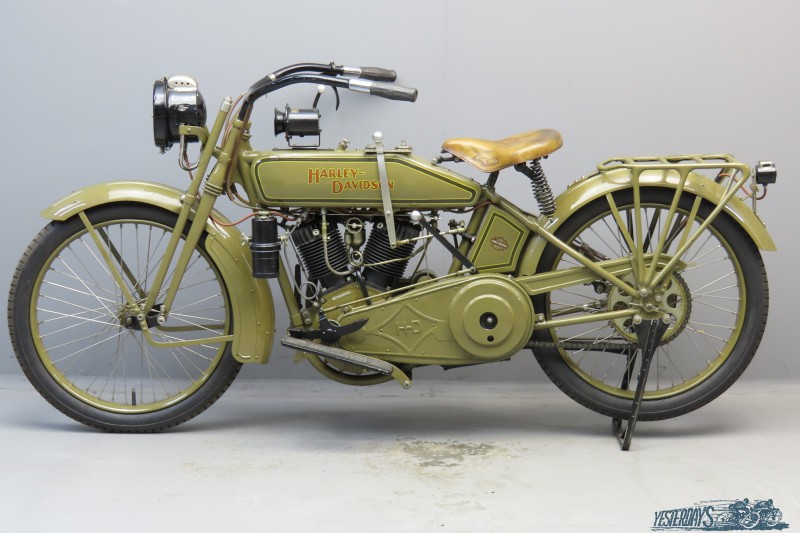 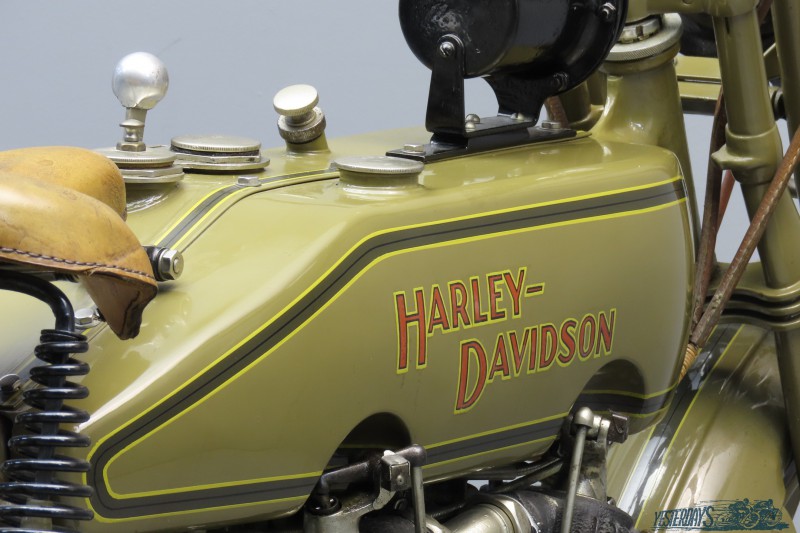 The first V-twin Harley prototype was displayed at the Chicago Motorcycle Show in February 1907, but it wasn’t until 1909 that the first twins were for sale; officially they were still considered prototypes and only 27 were sold. The engine had a capacity of 880 cc and had atmospheric intake valves. The standard colour of these machines was Renault Gray with carmine striping. The engines were not as good as the company expected so for 1910 no twins were offered and further development work was done. In 1911 a new engine was presented with 811 cc capacity and IOE configuration. This proved to be a sound design and it was developed further year after year. In 1912 a bigger, 989 cc engine was an option and in 1913 the 989 cc engine became standard. In 1915 a three speed countershaft gearbox was fitted and in 1917, the first year of war for the U.S., olive green became the standard colour for all Harley Davidson machines. The twin could be ordered with magneto ignition (“F”) or battery and coil ignition (“J”). Changes to the valve gear led to extended valve overlap, resulting in significantly more power. The output now was 15 HP @ 3,200 rpm giving a top speed of 100 km/hour. Compression ratio was relatively low at 3.75:1 and the unladen weight was 150 kgs. 1918 production amounted to 11764 “F” models and 6571 “J” machines (source: “Harley Davidson, all the Motorcycles 1903-1983” by Matthias Gerst).
This machine is a very tidy older restoration and she runs like clockwork. She comes complete with front and rear acetylene lighting and Sparton tank top hand-operated horn.