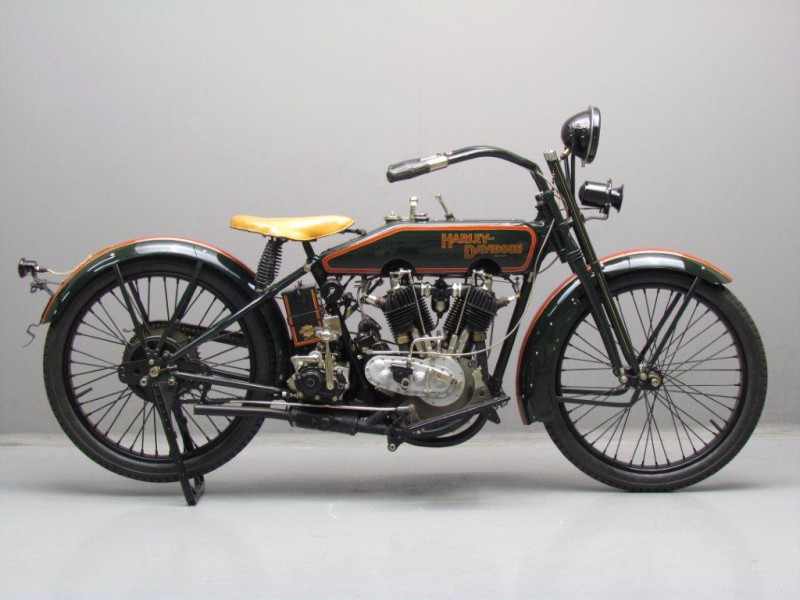 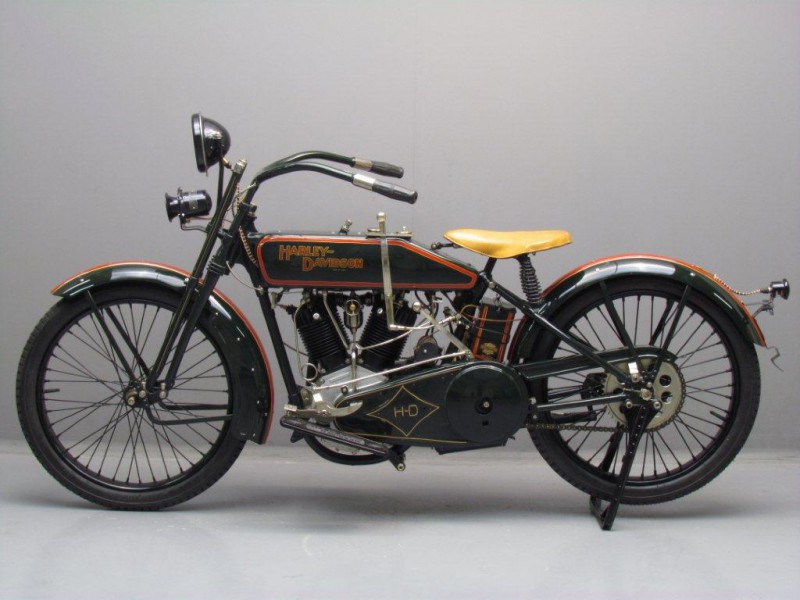 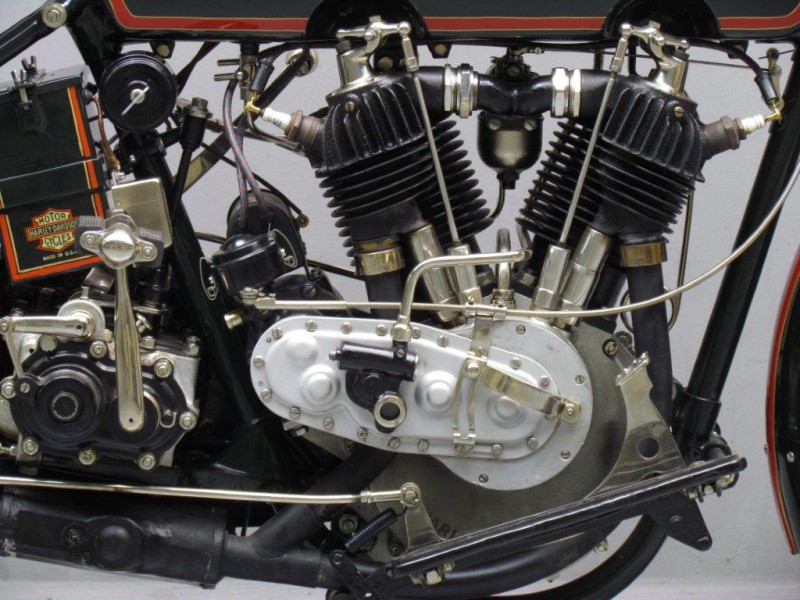 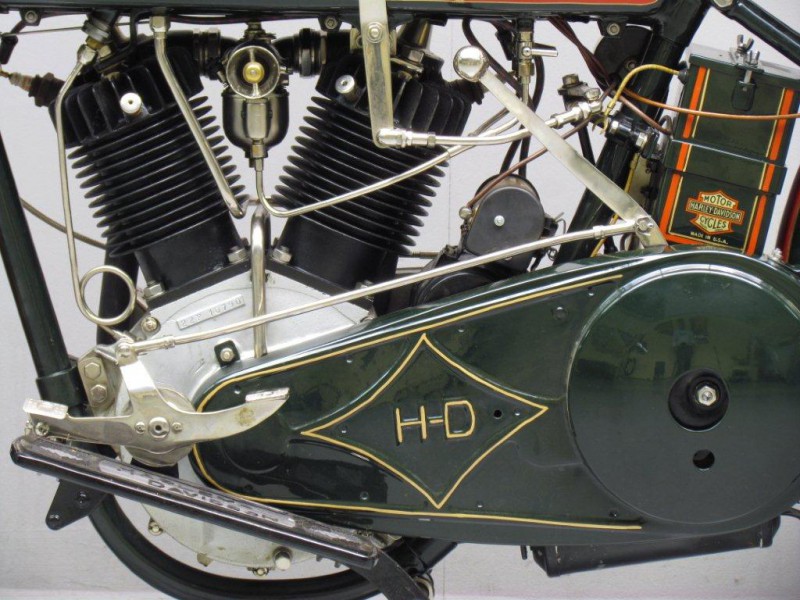 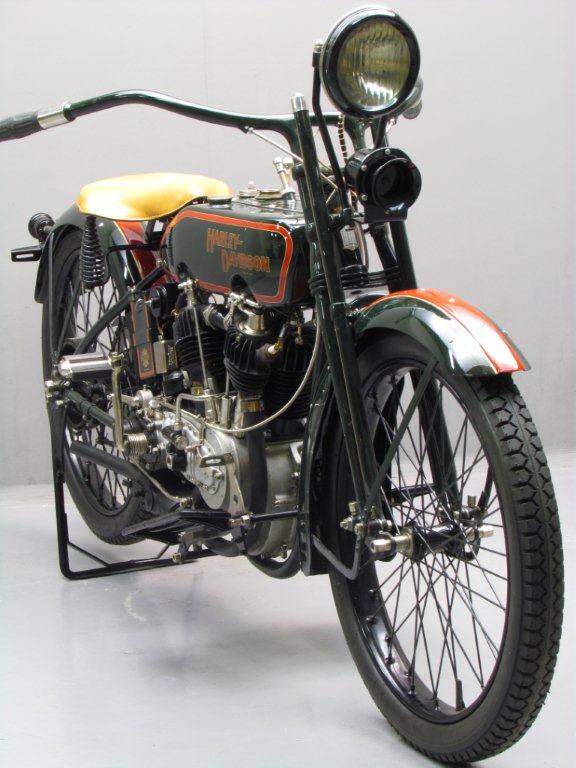 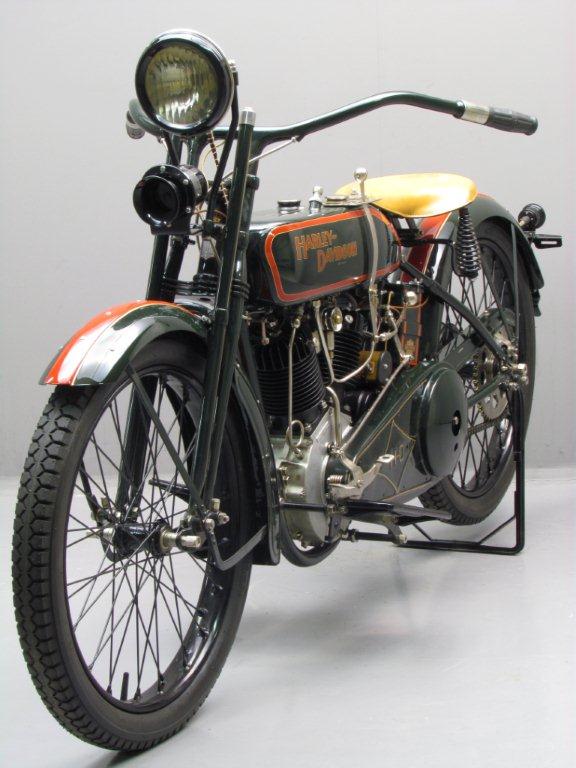 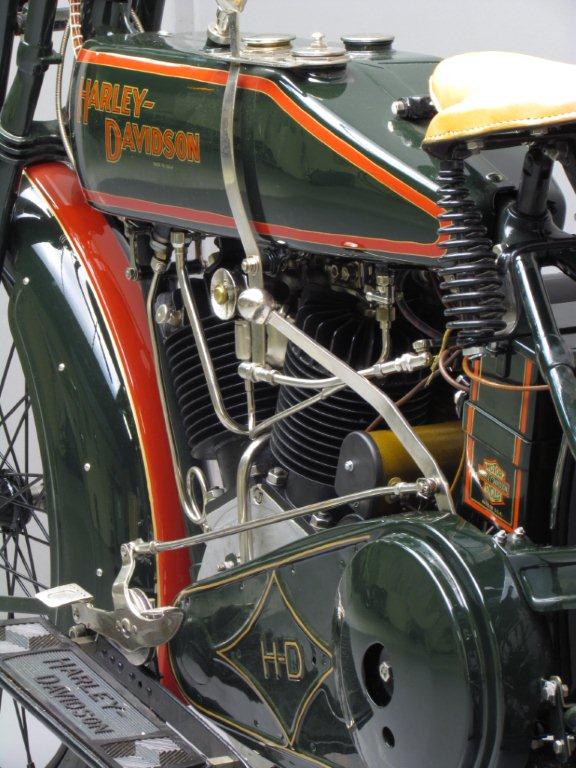 It took the Harley-Davidson Co. about 12 years to develop their motorcycles from a single cylinder belt driven single 3 HP machine to the 45 degree V-twin with 3-speed countershaft gearbox that was marketed in 1915.
In that year a three speed countershaft gearbox was fitted and in 1917, the first year of war for the U.S., olive green became the standard colour for all Harley Davidson machines. The twin could be ordered with magneto ignition (“F”) or battery and coil ignition (“J”).
The  sturdy 989 cc  (84x89mm) machine became a popular choice for motorcycle buyers all over the world, private enthusiasts as well as police forces, postal sevices and other government bodies.
The OHV inlet, side valve exhaust concept was used till 1930, when HD  chose the full sidevalve engine concept.
The 1923 range basically consisted of three models; the  600 cc flat twin “ Sport” and  two V- twins of 1000 and 1200 cc capacity.
Some new features for the 1922   models were  the  new standard color  (“Brewster Green”) and much strengthened front forks.
During the year   1824    Model F machines were sold.
This “F” has been restored meticulously.