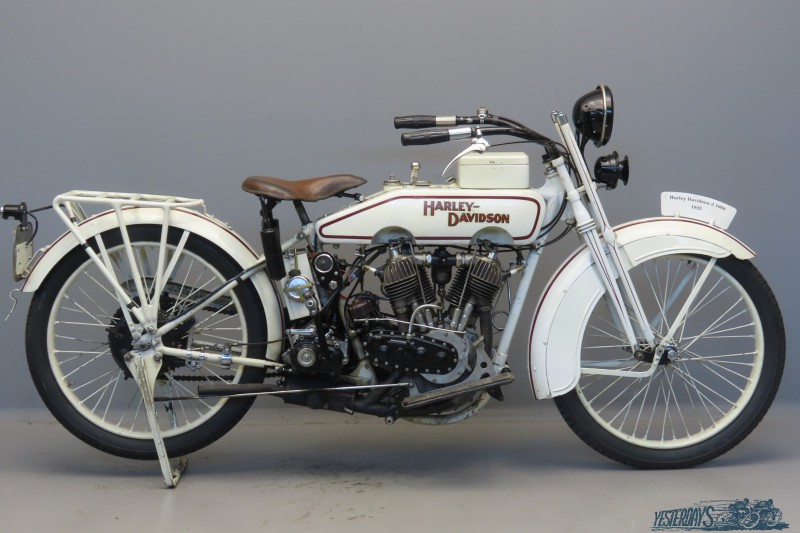 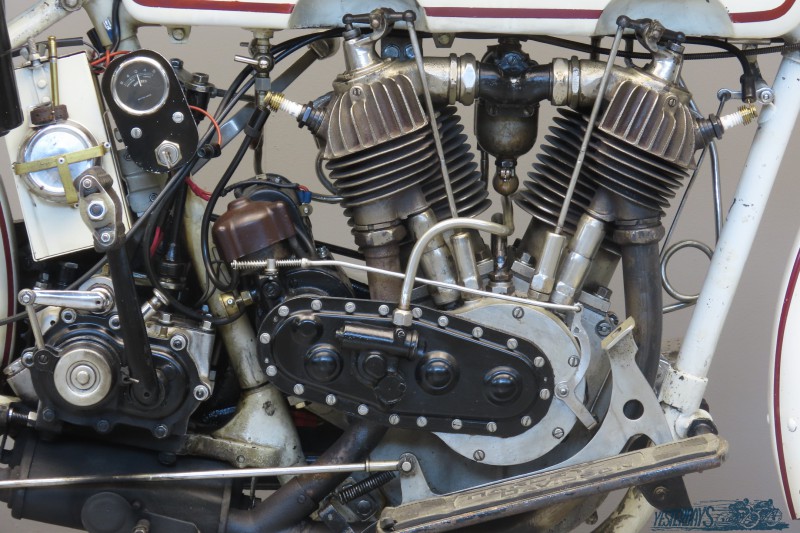 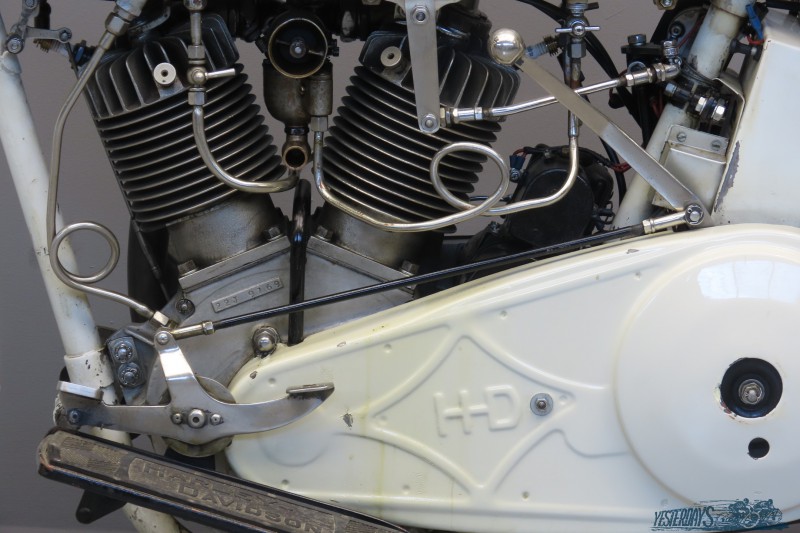 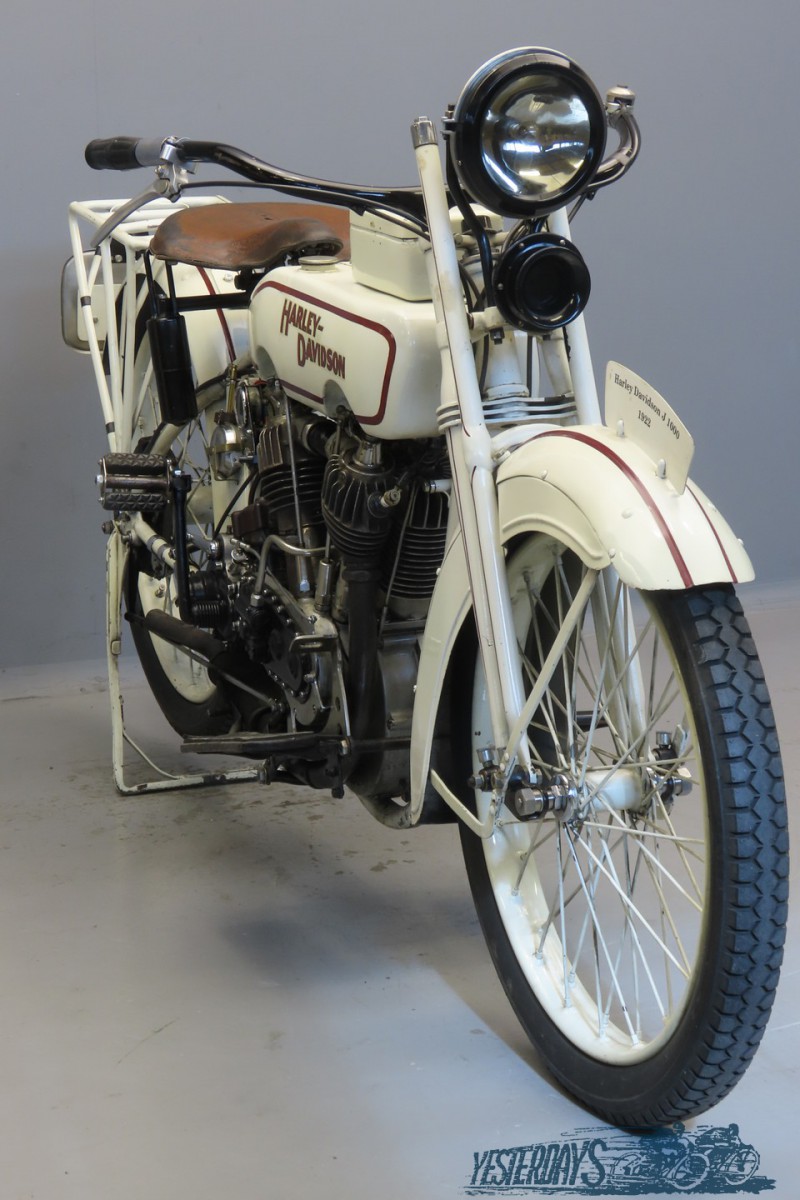 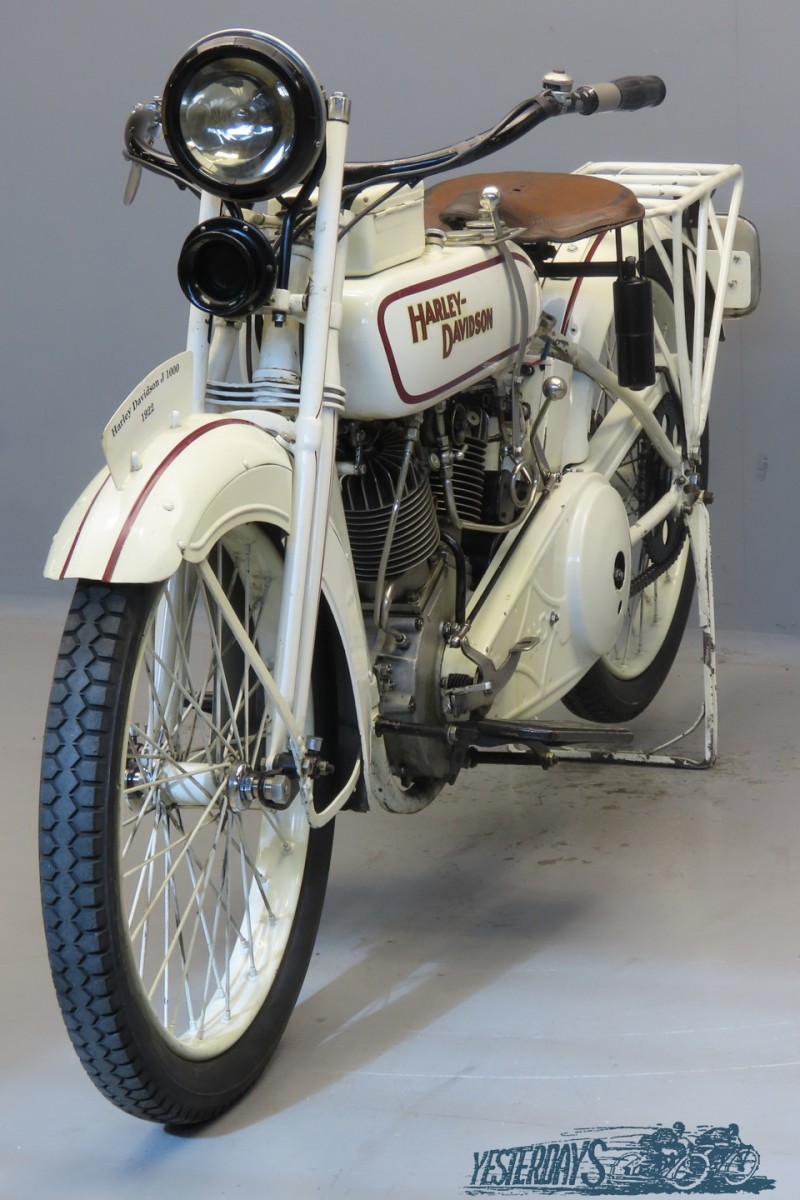 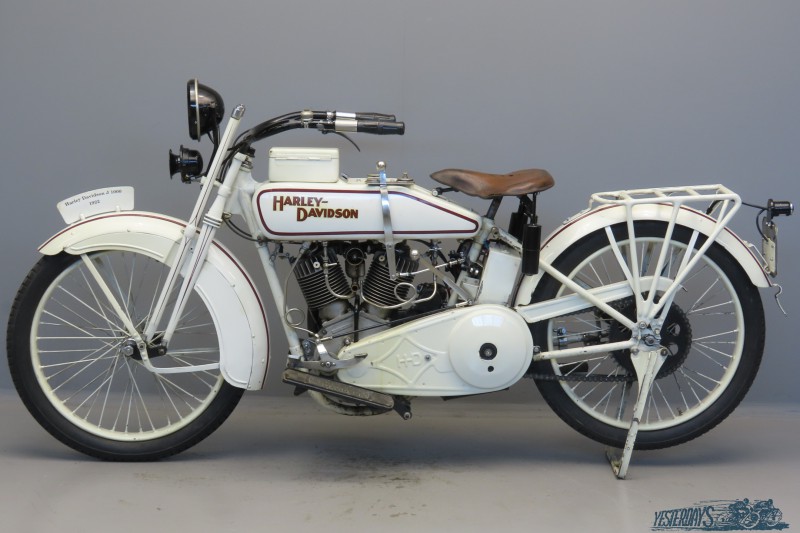 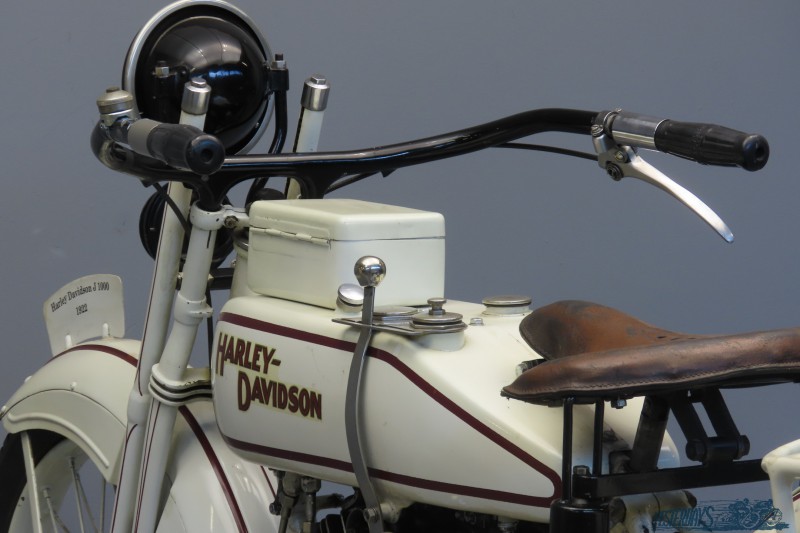 The 1922 Harley-Davidson range basically consisted of three models; the 600 cc flat twin “Sport” and two V-twins of 1000 and 1200cc capacity.
The 1922 “J” had a power output of some 16HP @3,000rpm and a compression ratio of 3.7:1.
Maximum speed is around 100km/h and the petrol tank holds 10.4 litres.
The electrically equipped “J” models had battery and coil ignition and cost $30 more than the magneto-equipped “F” models.
The former were much more in demand judging the numbers sold in 1922: 3183 versus 1824.
Things were going well for the company in 1922 and the sales brochure proudly declared: “Only the best obtainable materials are incorporated in the Harley-Davidson and the most skilled mechanics employed in its construction.
Thirty-eight separate and distinct types of highest-grade metals are used.
These metals have proved their worth under the critical examination and severe tests to which Harley-Davidson engineers put them, and have been sanctioned as the most suitable to be embodied in the “World’s Champion Motorcycle””.
This “J” has been restored a number of years ago and has been regularly used for vintage club runs.
The colour scheme is a former owner’s personal preference; the machine is running well and is registered for the road.