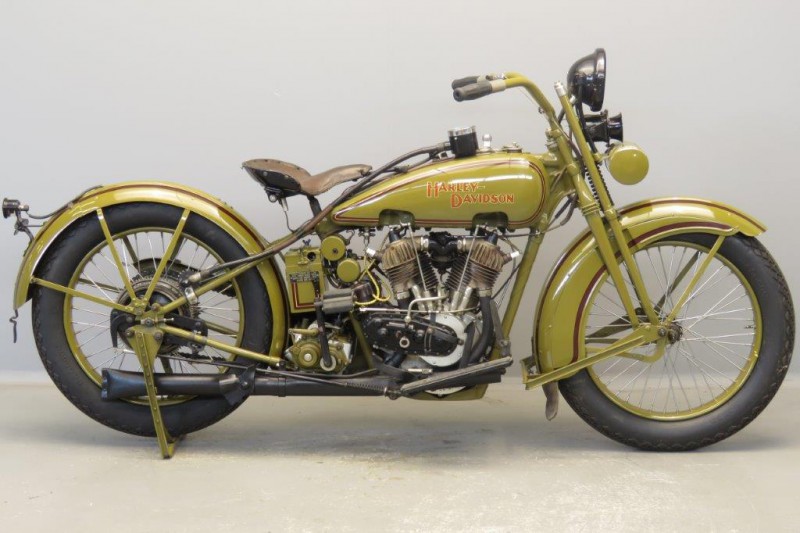 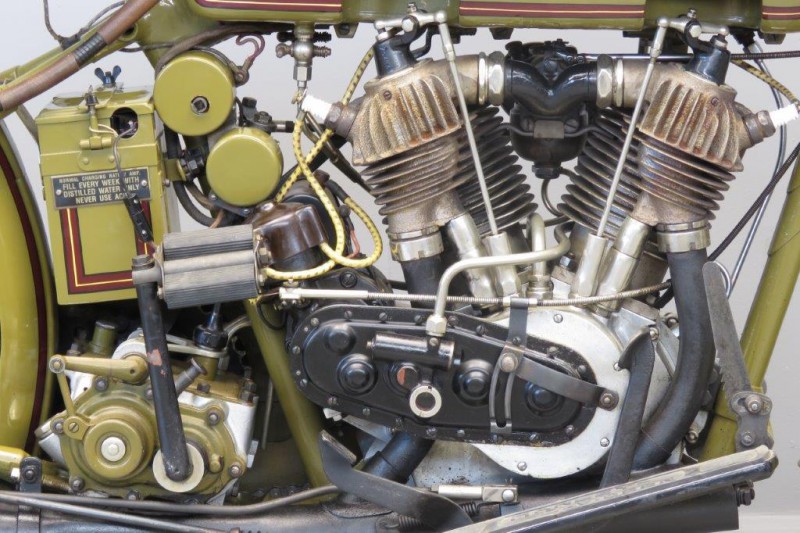 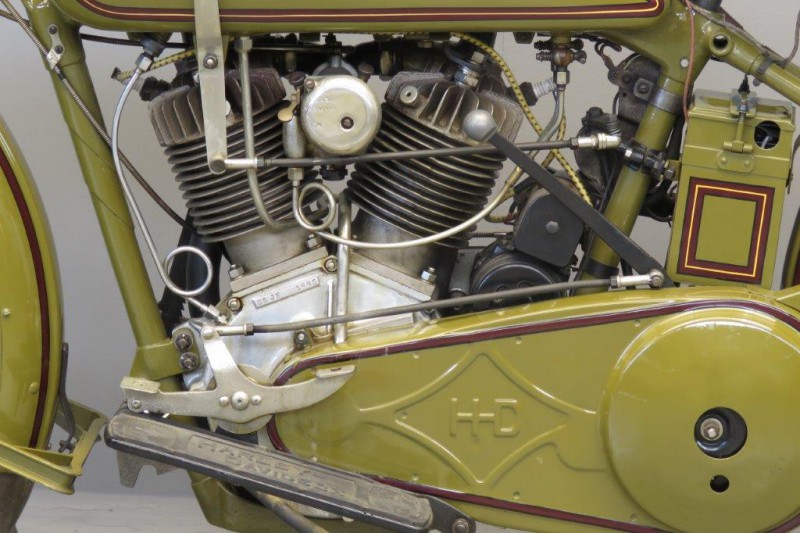 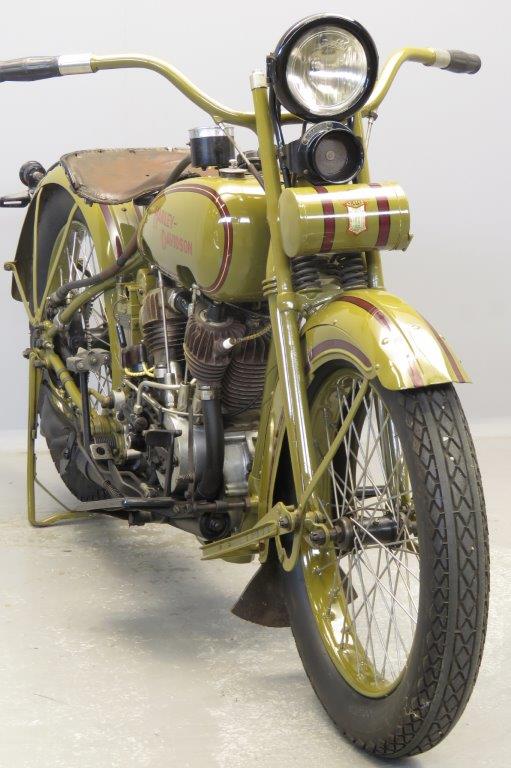 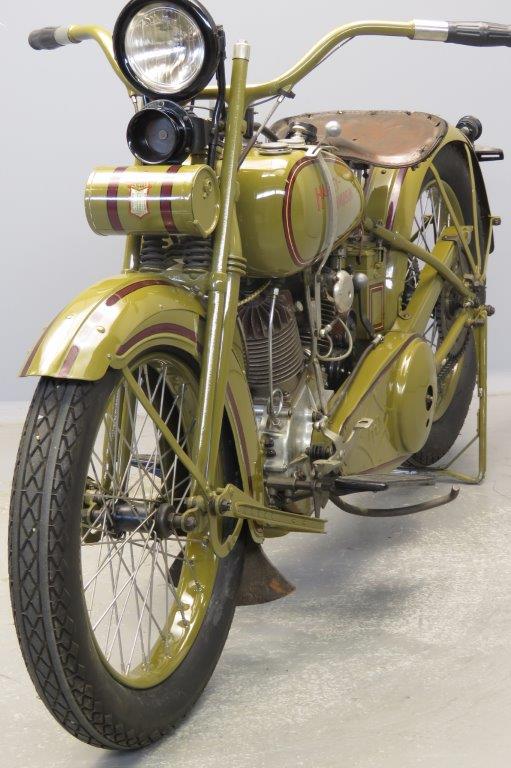 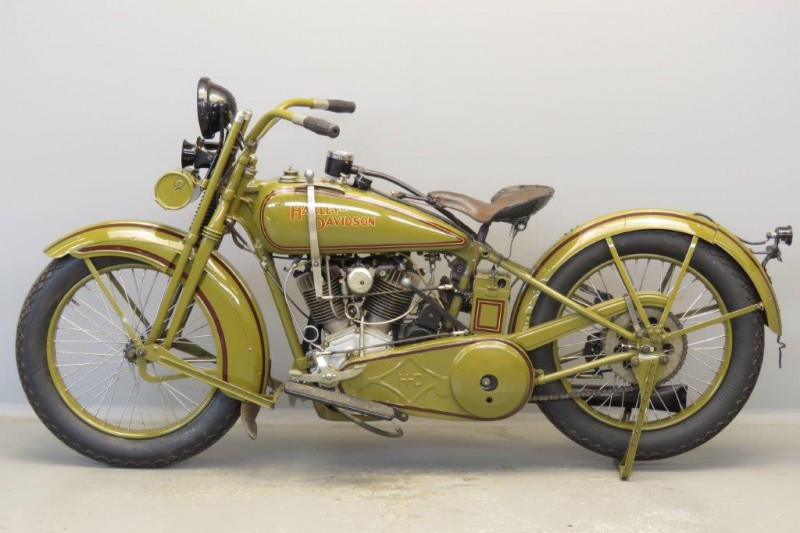 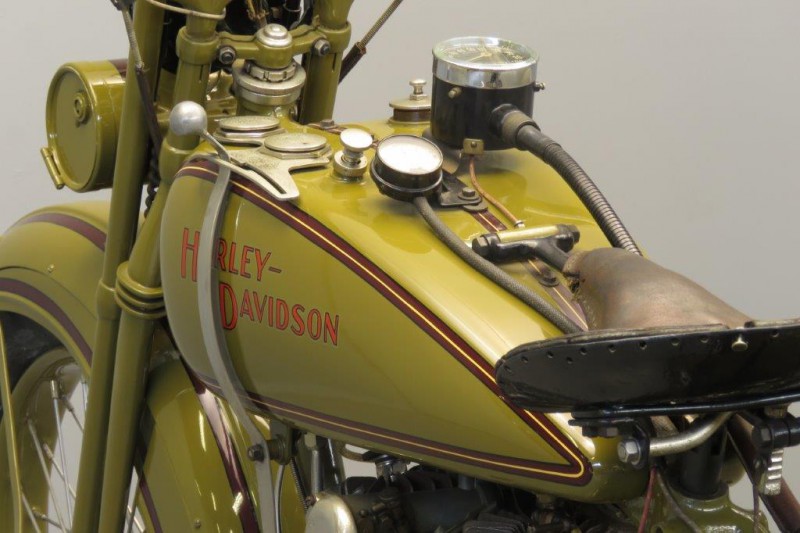 It took the Harley-Davidson Co. about 12 years to develop their motorcycles from a single cylinder belt driven single 3 HP machine to the 45 degree V-twin with 3-speed countershaft gearbox that was marketed in 1915.
This sturdy 989 cc  (84x89mm) machine became a popular choice for motorcycle buyers all over the world, private enthusiasts as well as police forces, postal sevices and other government bodies.
The OHV inlet, side valve exhaust concept was used till 1930, when HD  chose the full sidevalve engine concept.
In the early twenties a 1212 cc version (bore x stroke 87.4×101.6mm) was brought out.  Model year 1925  looked completely different from the older models: a new type of frame caused the saddle position to be 3 inches lower than before, the wheel were smaller in diameter and the petrol tank got  a “ dynamic”  teardrop shape.
All in all these new models looked much more modern than their predecessors.
In 1925  Harley Davidson sold about 15,000 motorcycles.
Some 5500 were 989 cc models, the majority of the machines sold were of 1212 cc capacity.
This sturdy but elegant HD is equipped with Corbin speedometer and  certainly is a well restored specimen.