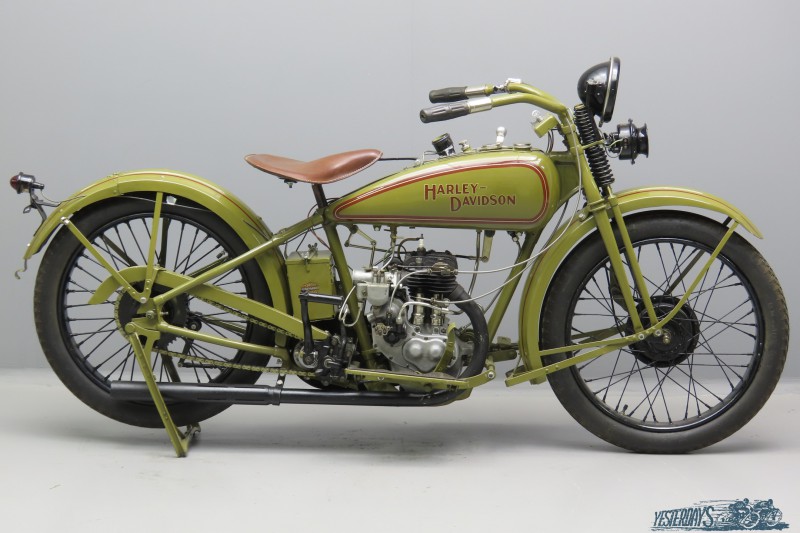 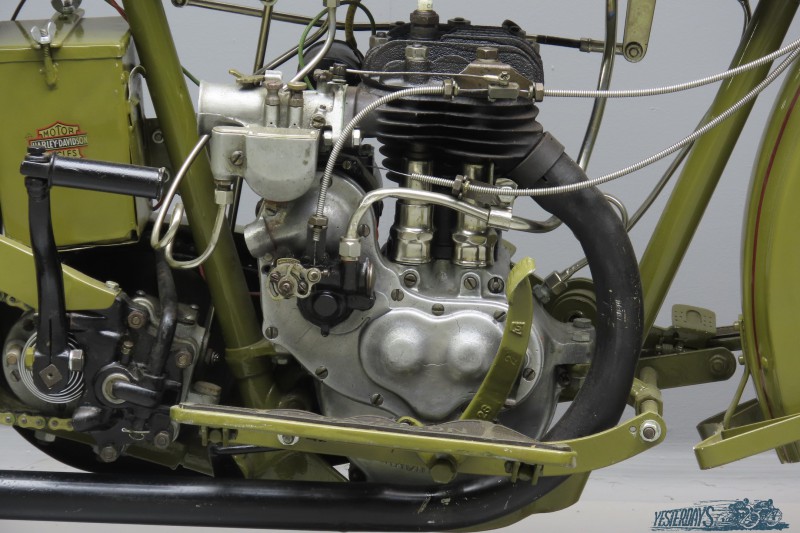 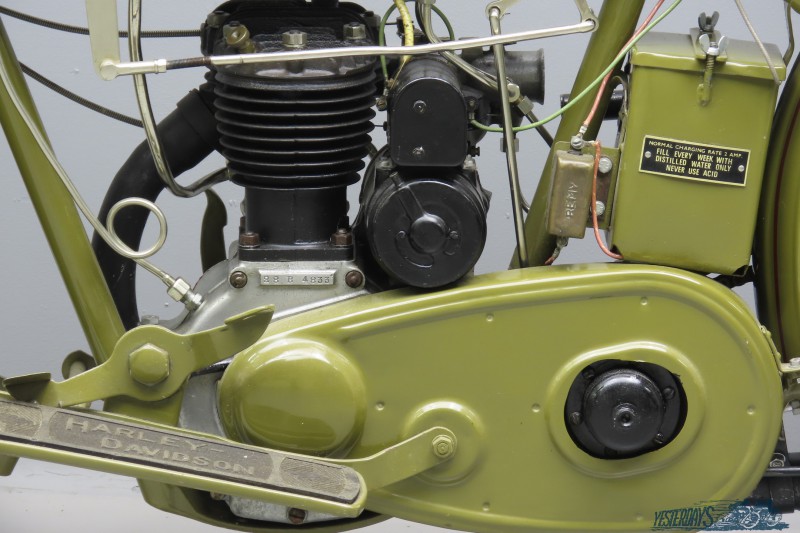 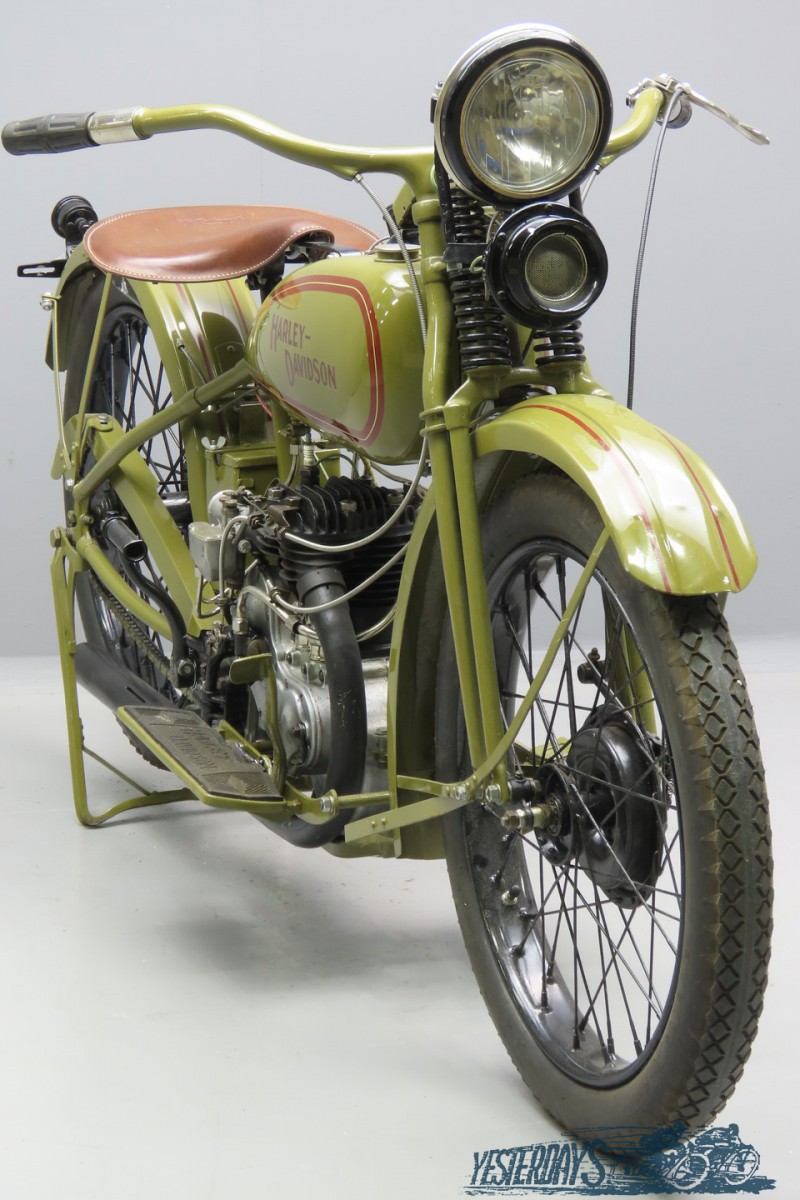 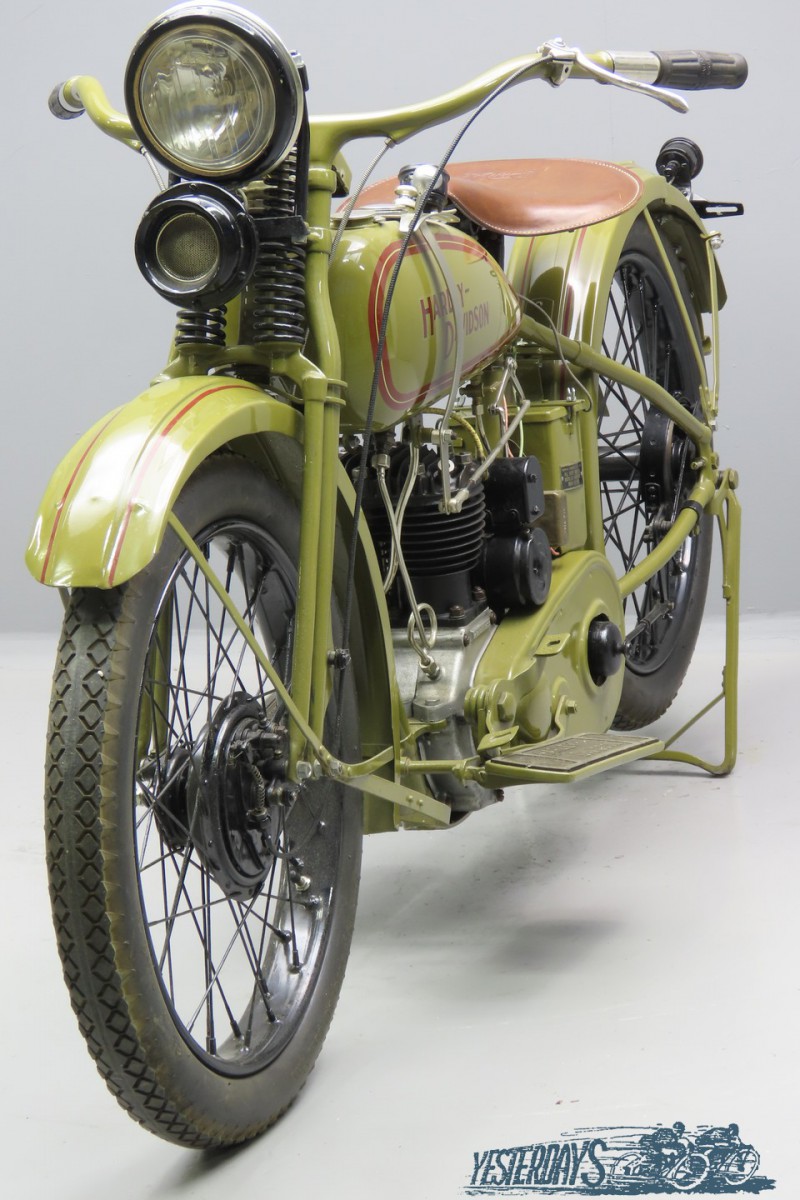 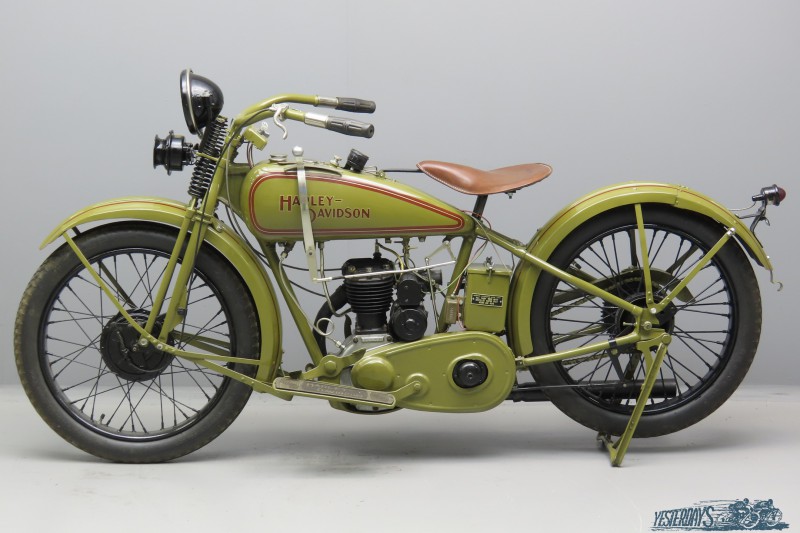 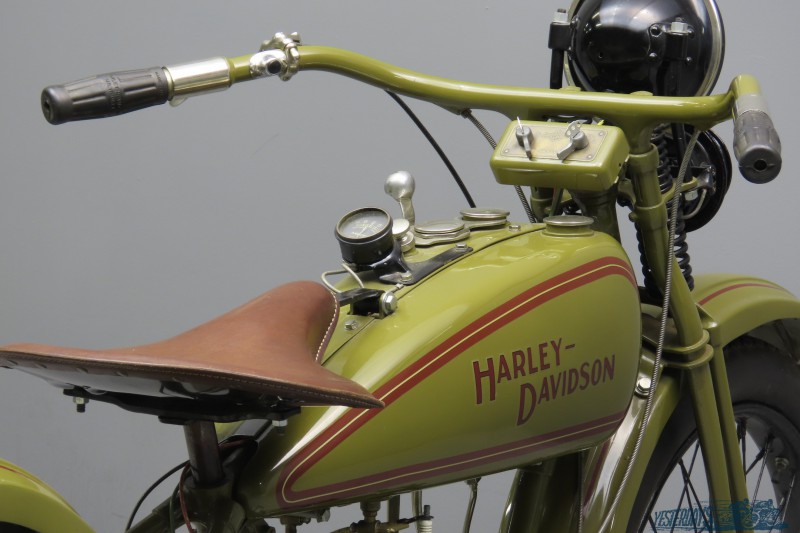 Harley-Davidson had ended the production of the 585 cc singles at the end of the model year 1918.
This meant that in 1919 the company only offered machines in the 1000cc class.
Especially in the export markets lighter machines were popular and to compete in the 600cc class (where the Indian Scout was a good seller) the flat twin model W Sport Twin was developed.
This model was produced from 1919 up to including 1923.
Sales were relatively modest, but it was clear that especially in the European markets a small-capacity HD would be a selling point, if only to act as a “starter model”.
So in 1926 several 350 cc class models were brought out; the OHV versions were rather exotic machines mainly meant for competition use, but the side valve models 26A (magneto ignition and acetylene lighting and B ( battery and coil ignition and electric lighting) were good sellers: more than 7000 machines found a home in the first year of production. From 1929 on a 500 cc engine was also available in the 350 rolling chassis. In 1934 the production of these singles ended.
An important new feature for the 1928 model year was the internal expanding front brake.
3411 machines of the “B” type were sold in 1928, the magneto-model W was much less popular with 519 machines finding a buyer. (source: Matthias Gerst, “Harley Davidson, all the motorcycles 1903-1983”)
This Model B has been restored and is in excellent condition.