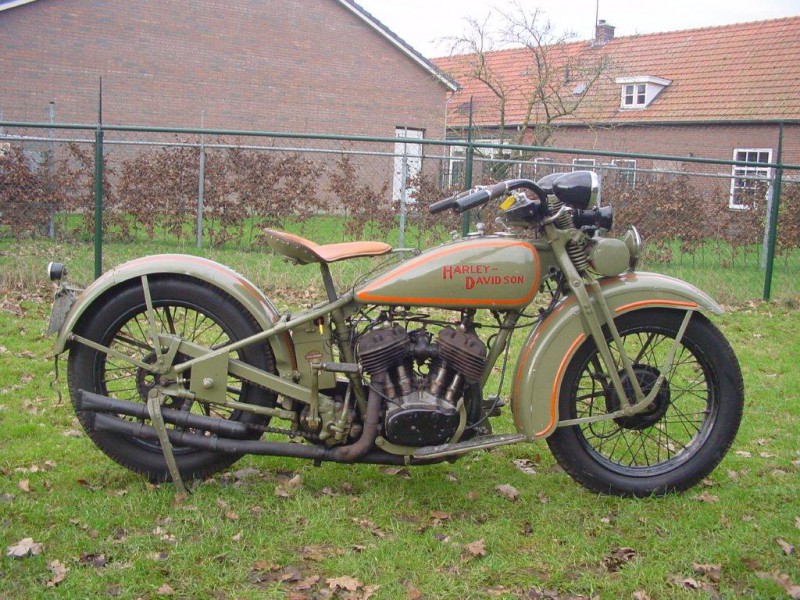 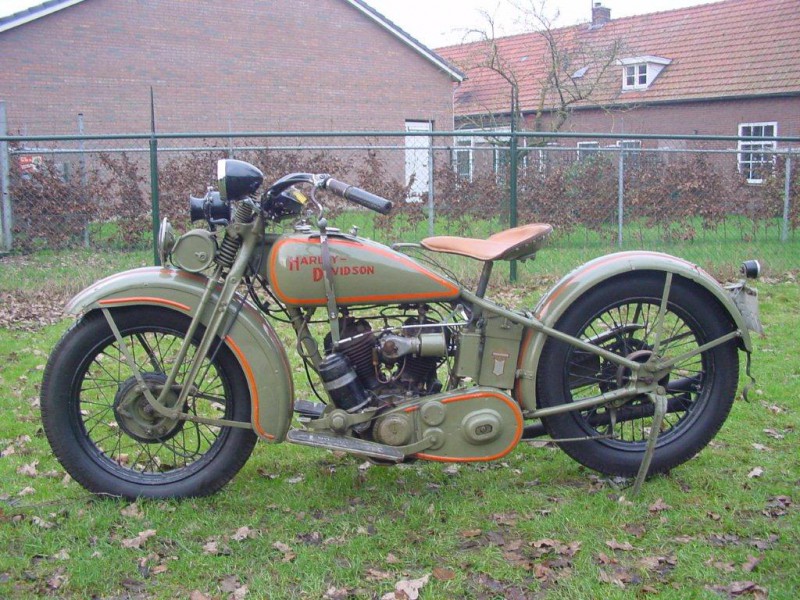 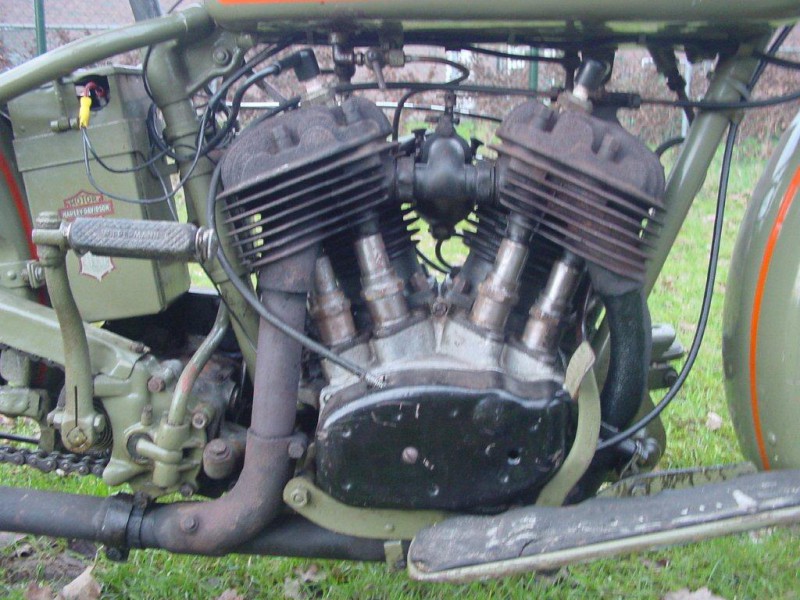 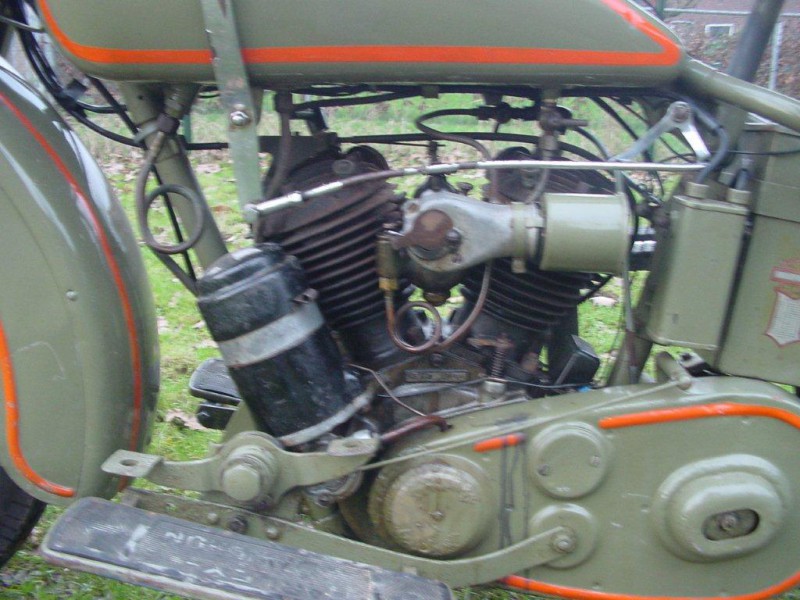 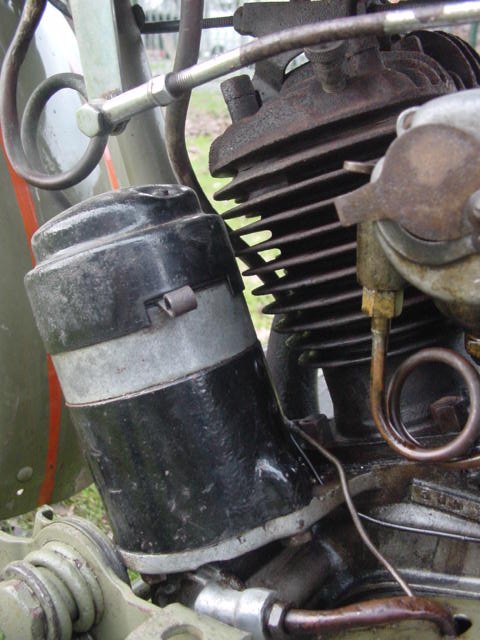 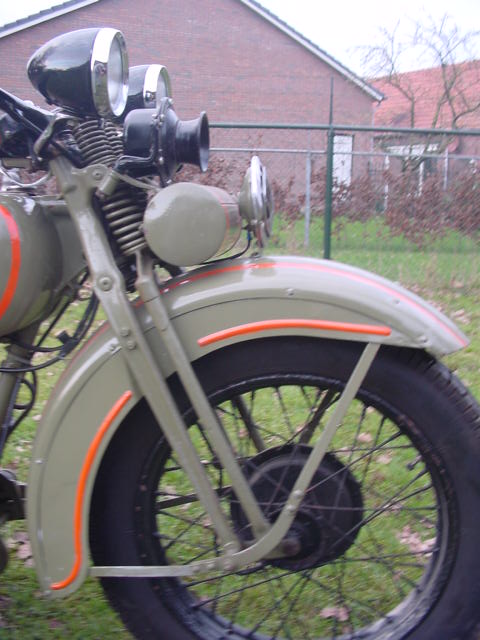 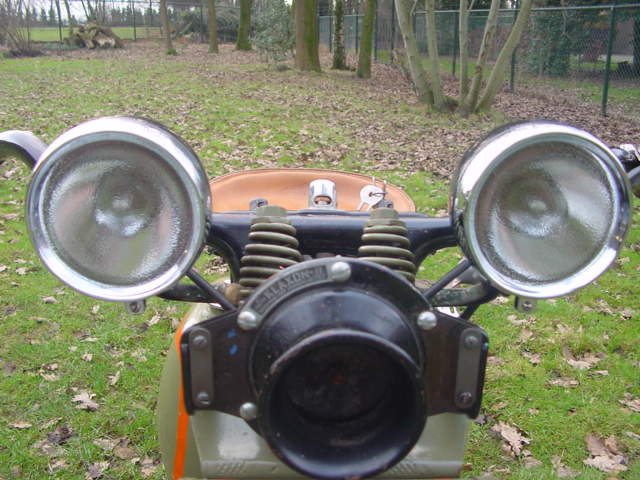 At the end of the twenties the HD sales people realized it was high time to do something about the gap  in the HD model range between the light single and the 1000cc twin.
Indian was very successful with their upgraded 750 cc Scout so HD ought to offer a model in that segment too.
In August 1928 the 750 model D was introduced, the first sidevalve V-twin to be produced by the Milwaukee make.
It was offered as a “D” with a low 4.3 : 1 compression ratio, or a “DL” with a 5:1 compression.
To rationalize production, the new engine was placed in the frame of the 500cc model “C” single.
This model had a straight down tube which necessitated a rather remarkable positioning of the dynamo: vertically just in front of the front cylinder. Hence the bike’s nickname:  the three cylinder Harley.
More detailed info on the model D can be found on a dedicated homepage: www.dl45homepage.com