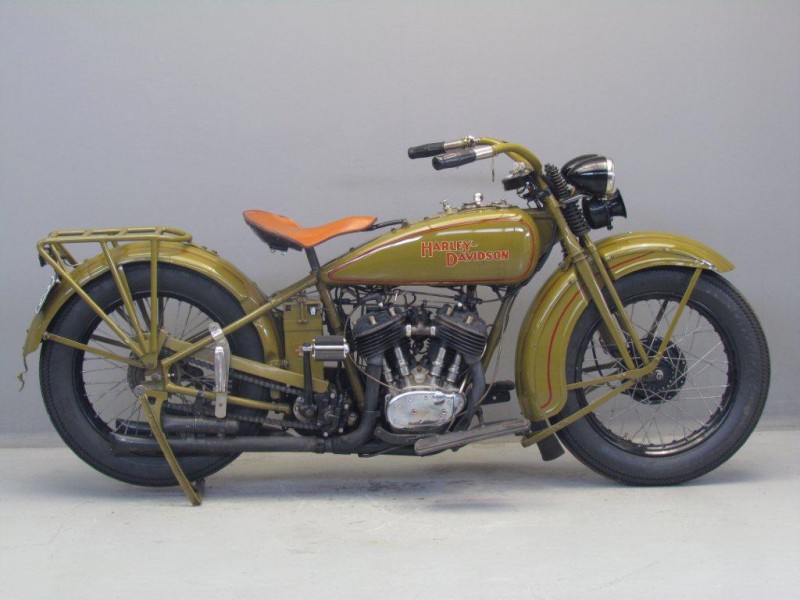 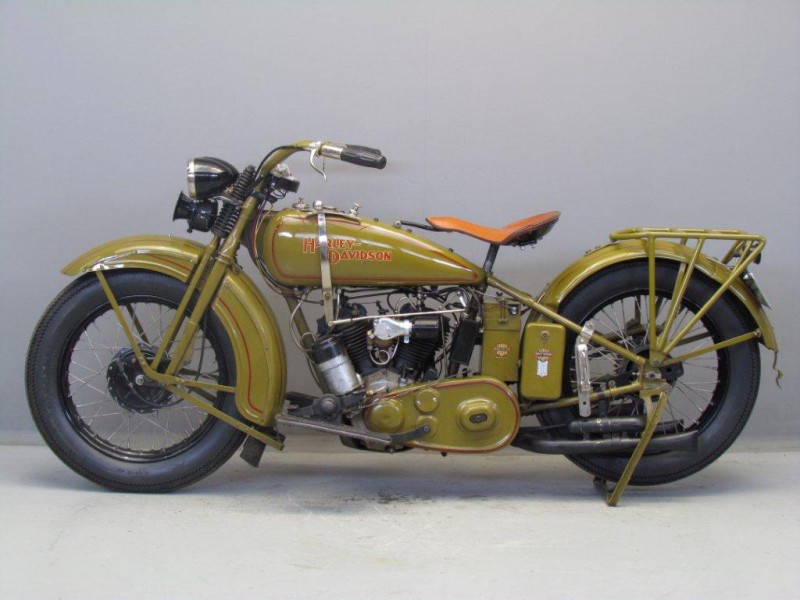 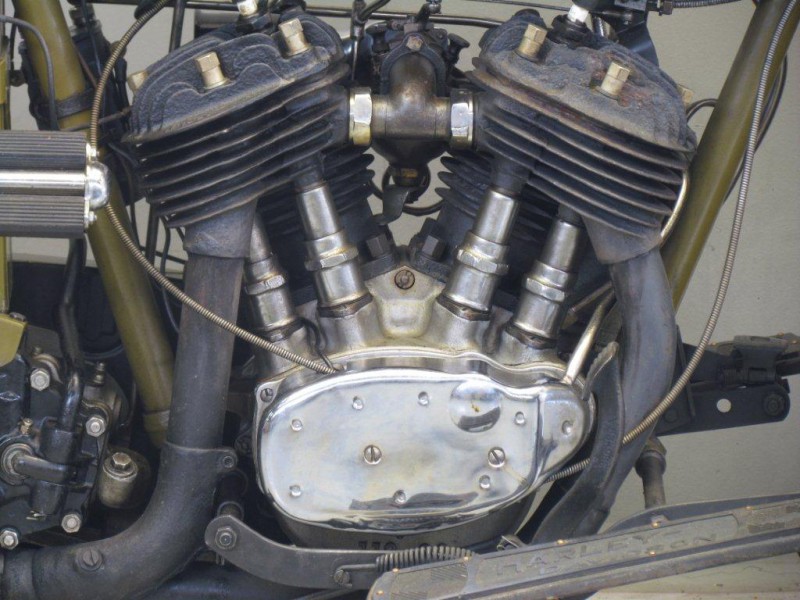 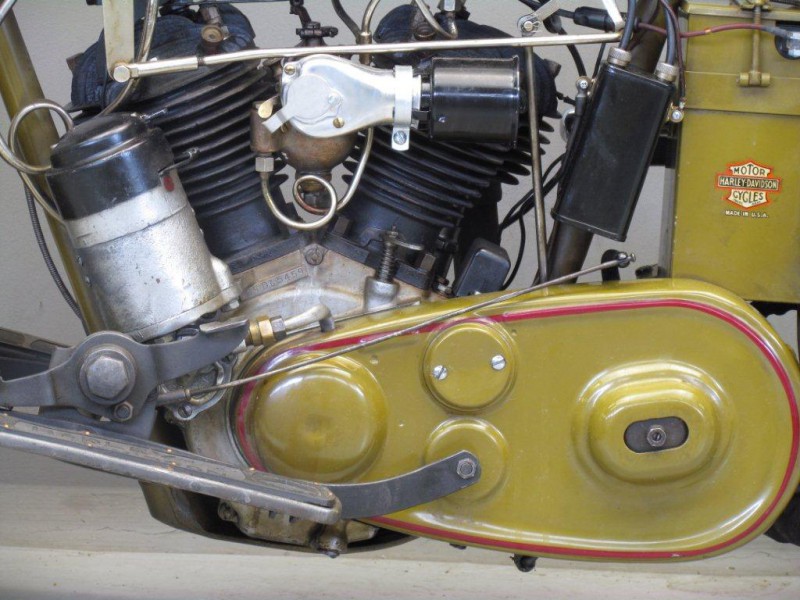 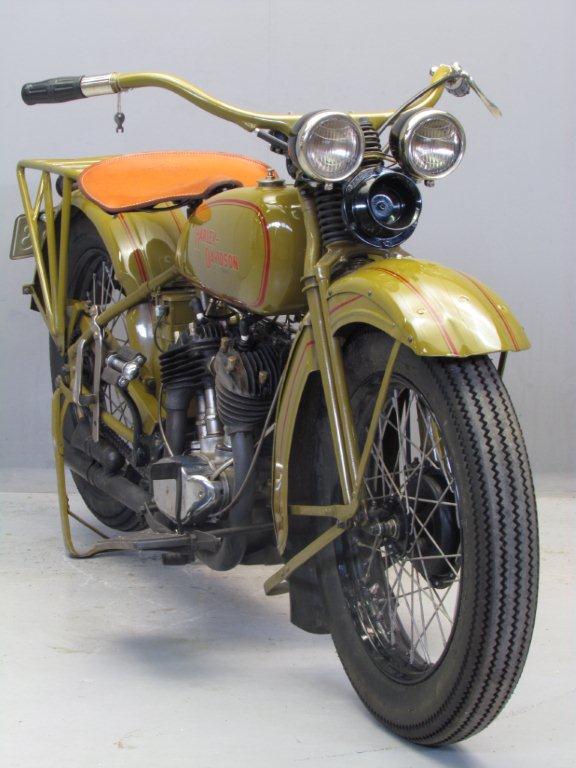 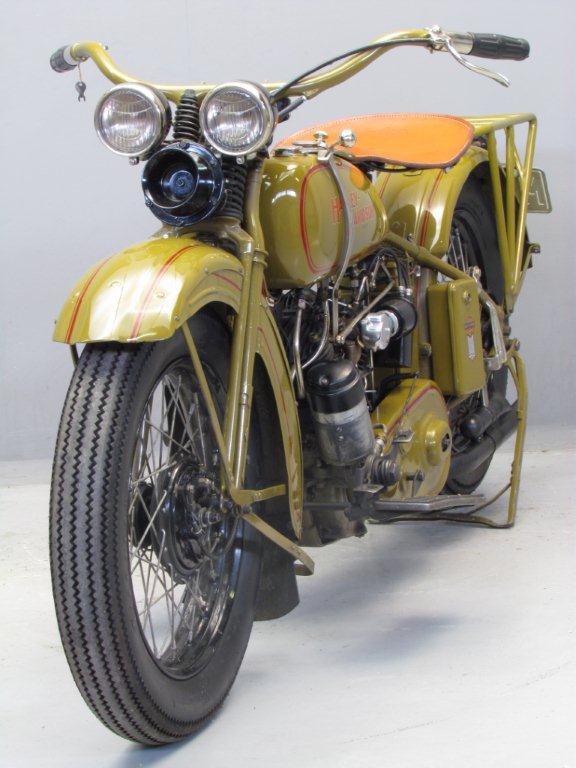 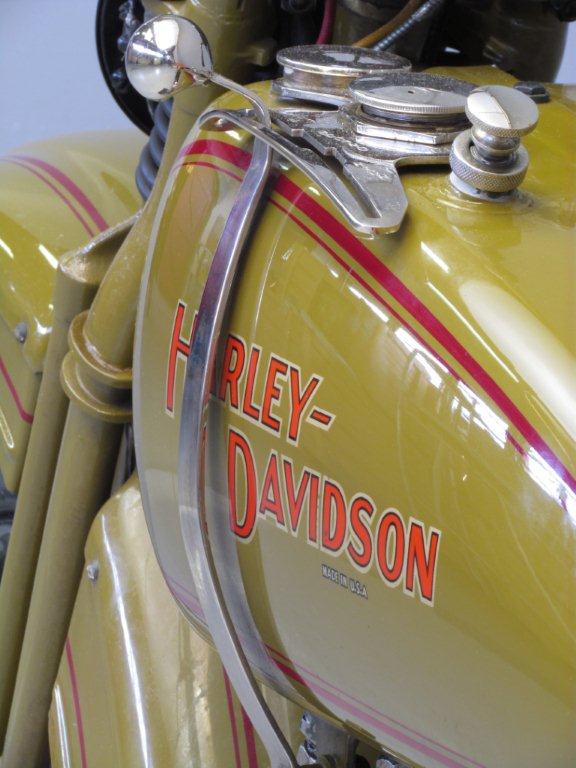 The company introduced the side valve concept for the V-twins for the 1929 model year when the 45 ci model D was introduced.
A year later the F head big twin was replaced by the side valve 74 ci  model V.
The model D was sometimes referred to as the  “three cylinder Harley “, because of the remarkable  vertical  position of the dynamo.
The twin bullet headlights are another special feature of the early 750 cc model.
Several versions were marketed, the D had a compression ratio of 4.3 : 1 and a power output of 15 HP.
The DL had a somewhat higher compression ratio  of 5.0 : 1, which gave 18.5 HP.
Top of the range was the DLD which got 20 HP @ 4000 rpm with a ratio of 6.0 : 1.  Standard paint finish was olive green with maroon striping with a centre gold stripe.
Handlebars and wheel rims were finished in black. Potential buyers could choose though from a range of new colours: black, maroon, grey, blue cream and coach green, all at extra cost.
In 1929  in all 6856 750 cc models were sold, the 1000cc models were still more popular with around 13,000 machines  being produced.
This machine  hails from Finland and has been restored  to a fine standard