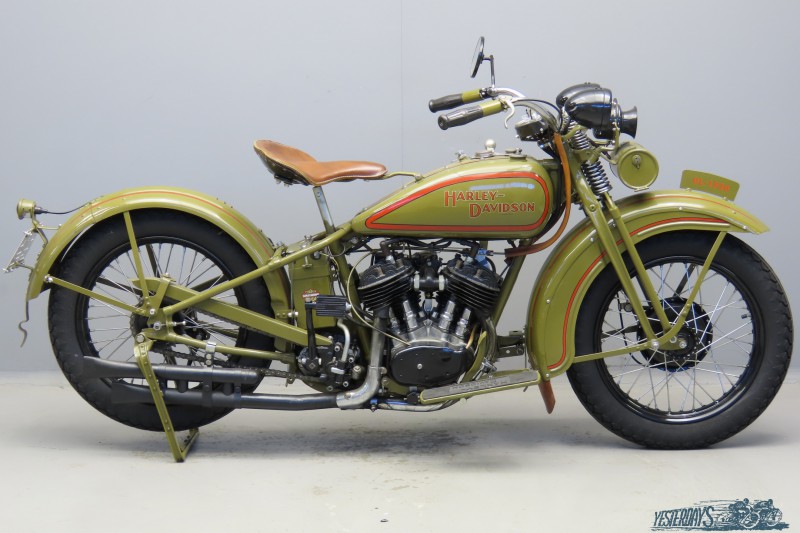 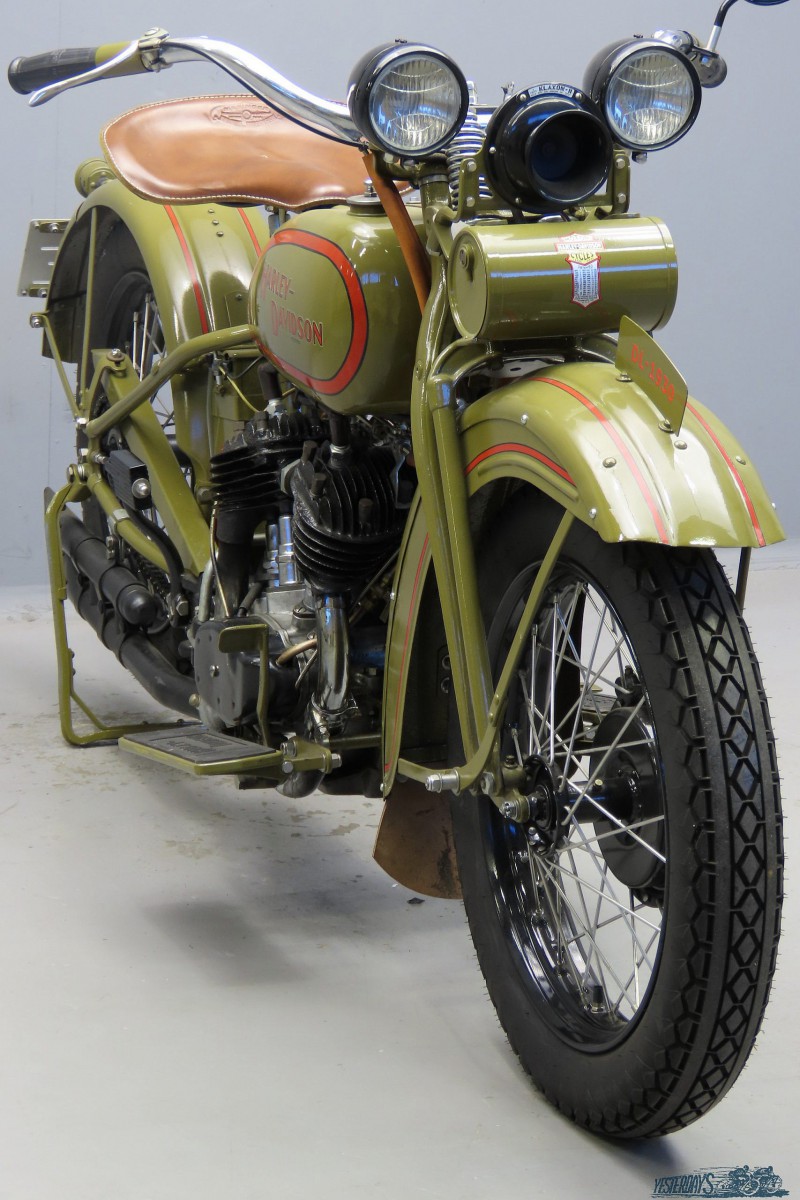 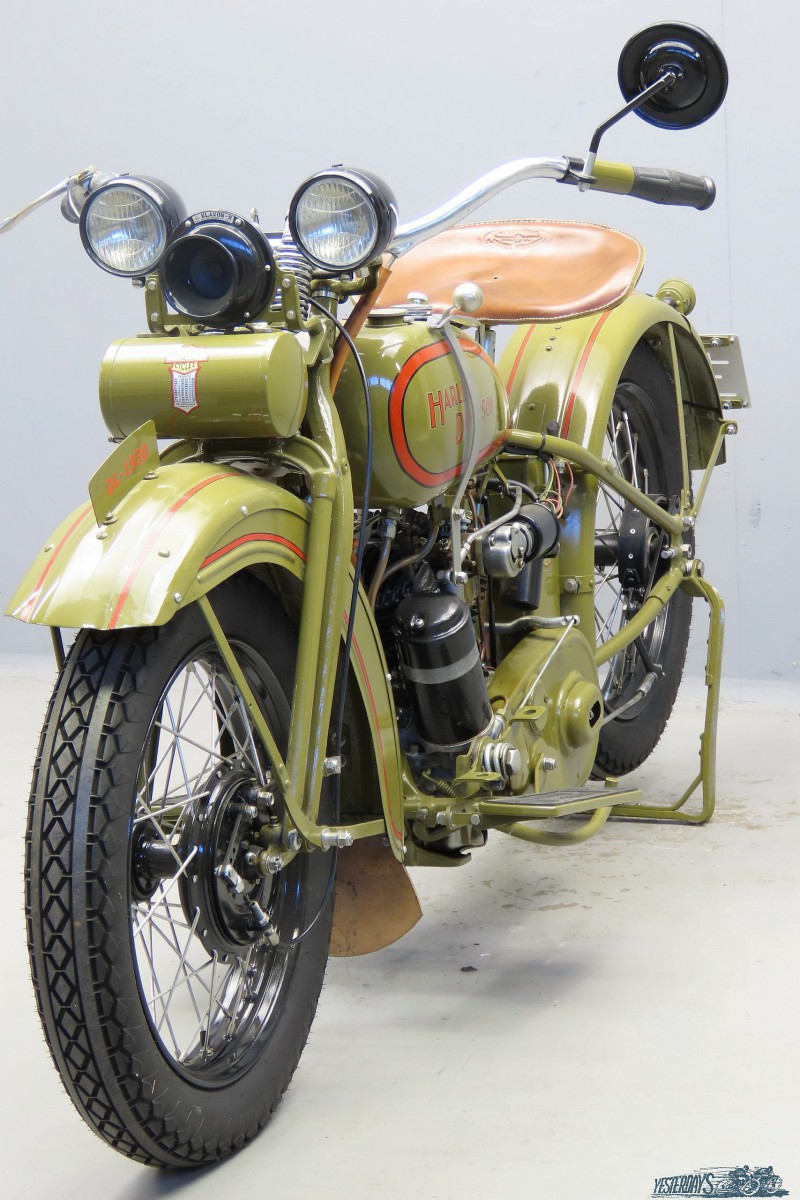 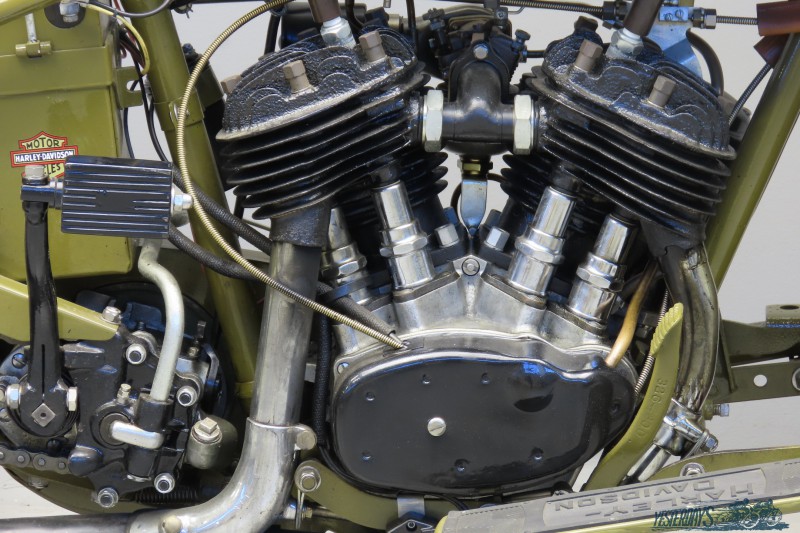 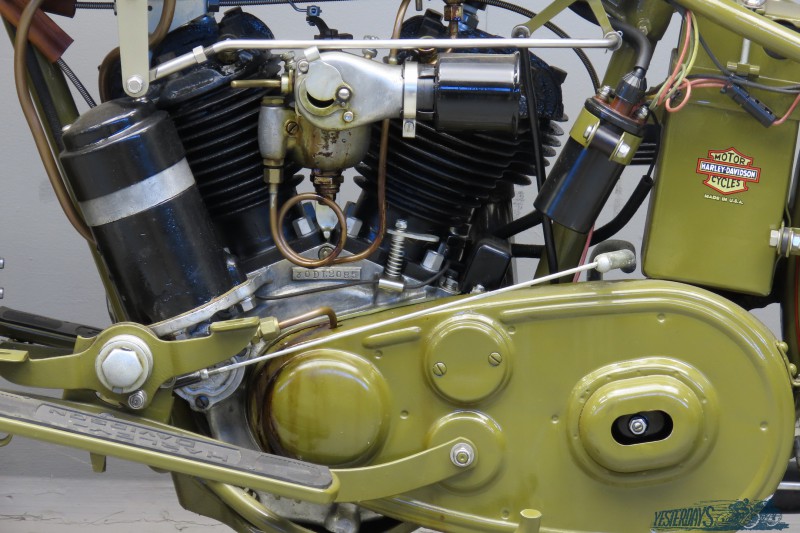 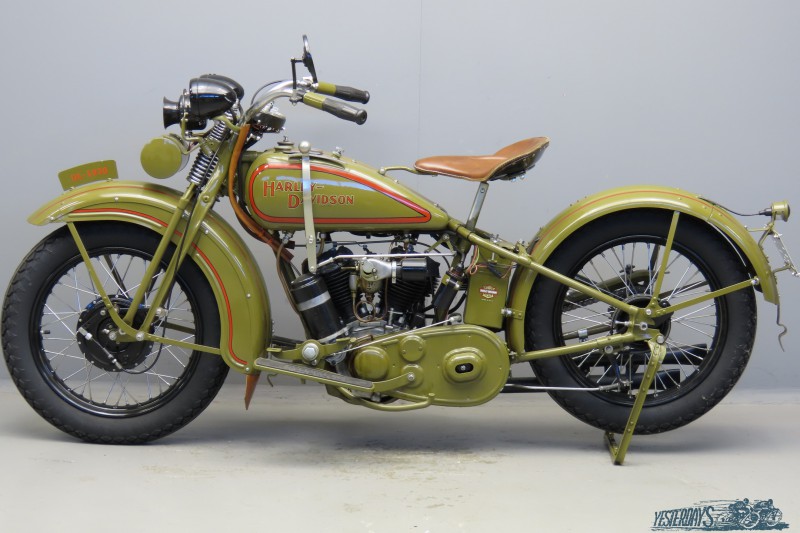 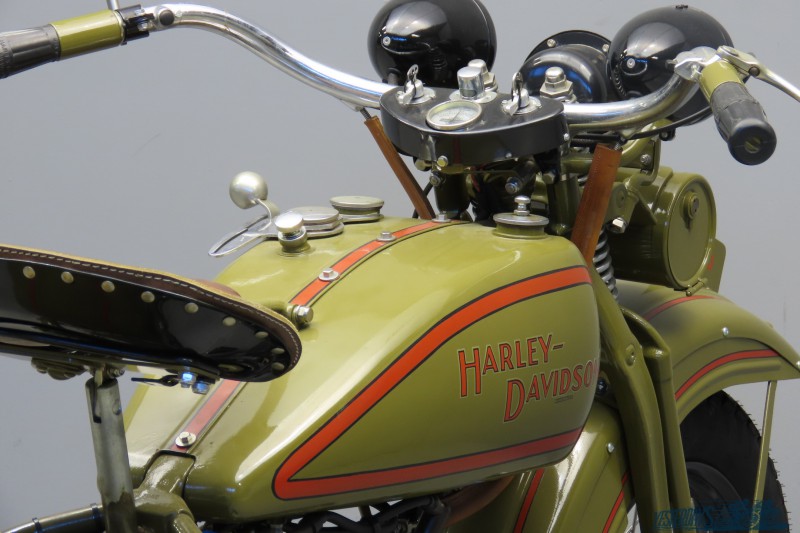 The HD company introduced the side valve concept for the V-twins for the 1929 model year when the 742cc model D was introduced. A year later the F head big twin was replaced by the side valve 1209cc model V. The model D is sometimes referred to as the “three cylinder Harley“, because of the remarkable vertical position of the dynamo: in a cost saving idea, the new motorcycle was designed to use the existing frame from the 350cc Model B single. This required the generator to be mounted vertically to miss the front downtube of the frame.
Another special feature of the early 750cc models are the twin bullet headlights, used in 1929 and 1930 only. The DL designation refers to the medium compression engine that was fitted: the D had a ratio of 4.3:1, the DL came to 5.1. There was also a high compression version, that had a compression ratio of 6:1. The DL developed about 18hp@4,000rpm. Some new features for 1930 were: new frame that lowered the saddle height and increased the ground clearance, drop forged I-beam front forks and double chain primary drive with automatic oiling. About 5,700 model Ds found an enthusiastic owner in 1930; from the 1209 cc model V some 10,000 machines were sold. This machine has been restored with care and comes with current road registration and a ring binder with photographs of the restoration process, publicity material and a photostat copy of a Rider’s Handbook.