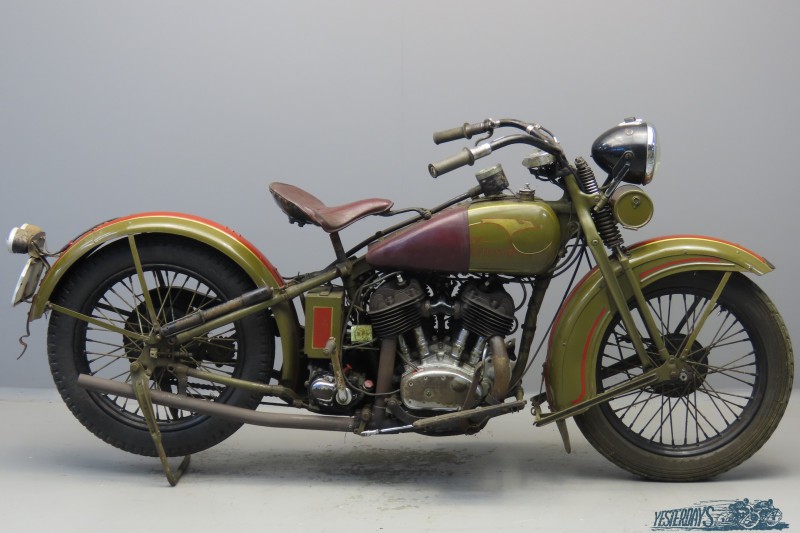 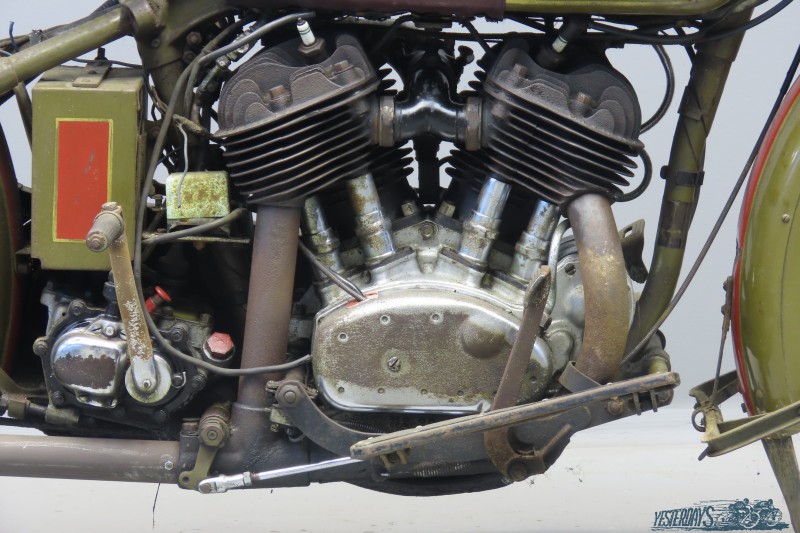 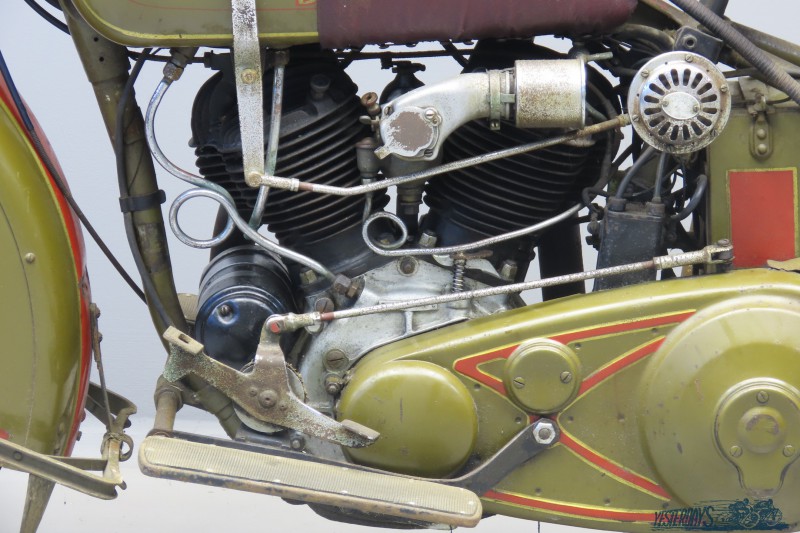 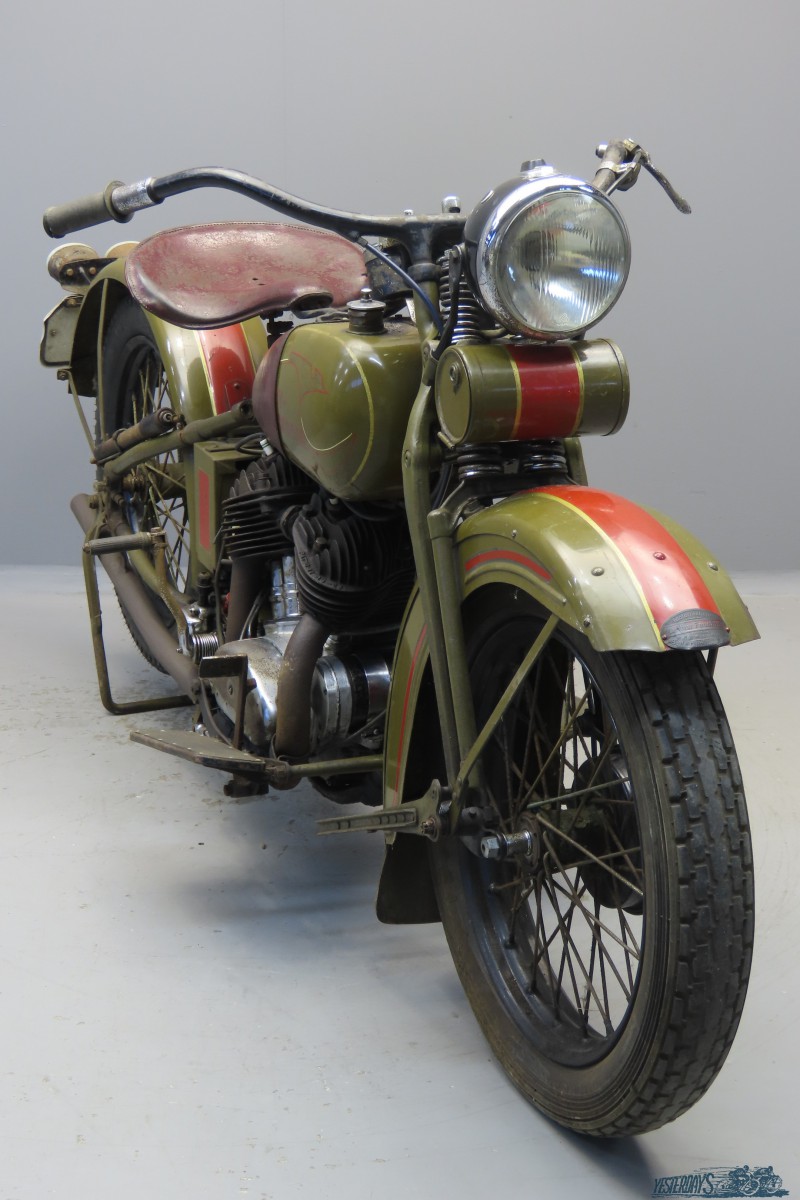 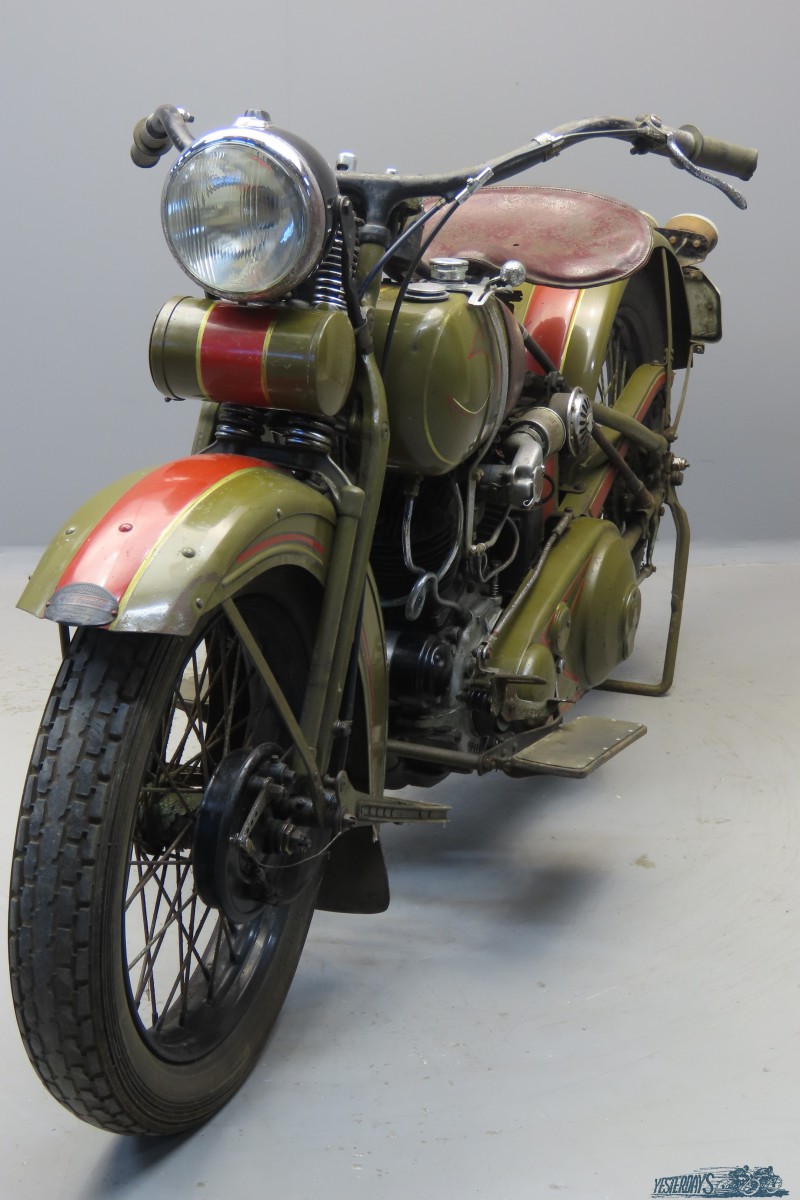 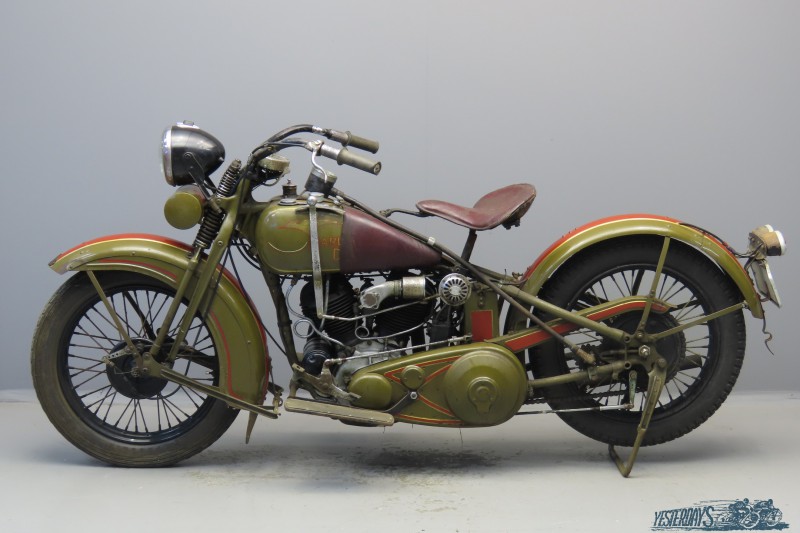 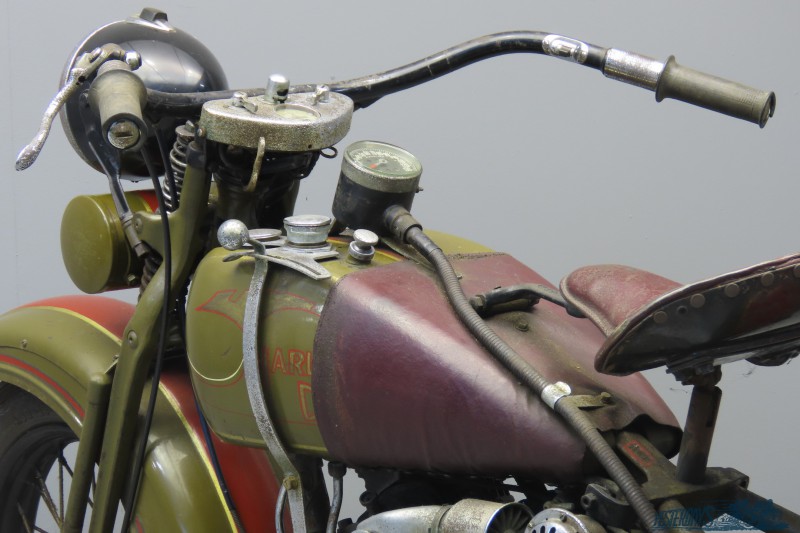 In 1930 the Model “V” came on the market to replace the F-head models J and JD. Despite the factory’s enthusiasm, the model V was far from an instant success. More massively built and heavier than its predecessor, the V lacked top-end power to such an extent that the first examples were recalled for an extensive engine redesign. A larger crankcase accommodating heavier flywheels did the trick and, its problems solved, the 74ci ‘flat head’ went on to win the hearts of Harley enthusiasts everywhere.
The model “V” was a medium compression model, the “VL” was its high-compression brother, designed for sidecar and package truck use. The Big Twin produced some 30 HP and it was the top of the line for Harley-Davidson customers in the 30s.The 1930 model year was the only year in which the dual bullet headlights were used on the Big Twins. Another one-year feature was the two-tube muffler. Almost 10,000 Big Twins were produced that year; the heavy model was more popular than the new 750 cc model D, of which some 5,500 were produced.
This impressive machine, affectionately referred to as “granddad’s bike”, was recently purchased from the grandchildren of a German gentleman. He had bought the motorcycle in 1930 from a Berlin dealer, “Motorradhaus Arthur Feuchter”, located at 311, Frankfurter Allee. The original brass dealer’s plate still adorns the front mudguard. The registration IN-75-15, still visible on the rear number plate, was issued by the German Democratic Republic and refers to East Berlin where the owner resided. The Harley was used, coupled to a sidecar, till around 1970. The motorcycle and sidecar have been dry stored for around fifty years, but now the time has come to grant the machine a new lease of life.
At some time in the past the V has been restored with nicely hand-painted 1933 Art Deco Eagle decoration. The chromium finished has somewhat weathered and the headlamp probably is of German manufacture. The petrol tank has a leather protection cover for the tank and a Corbin speedometer has been fitted. The engine is turning over but we haven’t checked the technical condition of the machine. She will need a good check over after so many years of rest. The torpedo-type sidecar is available separately, its upholstery is in good condition. Please ask for photos.