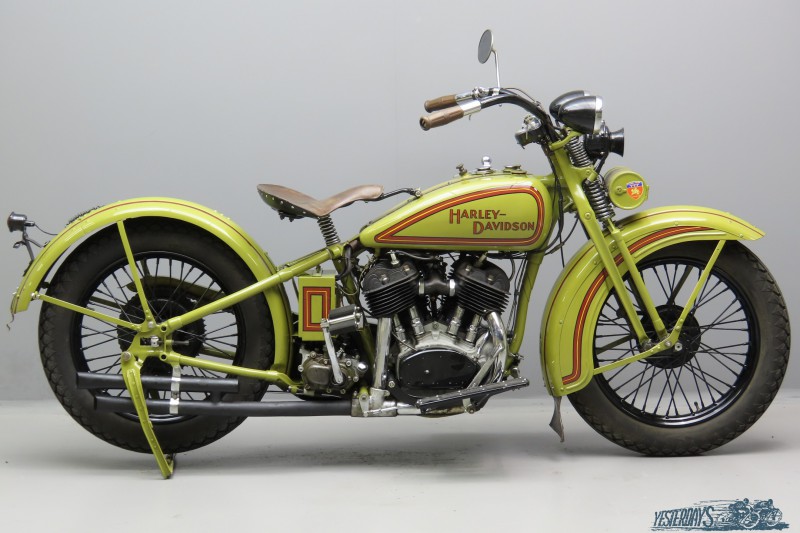 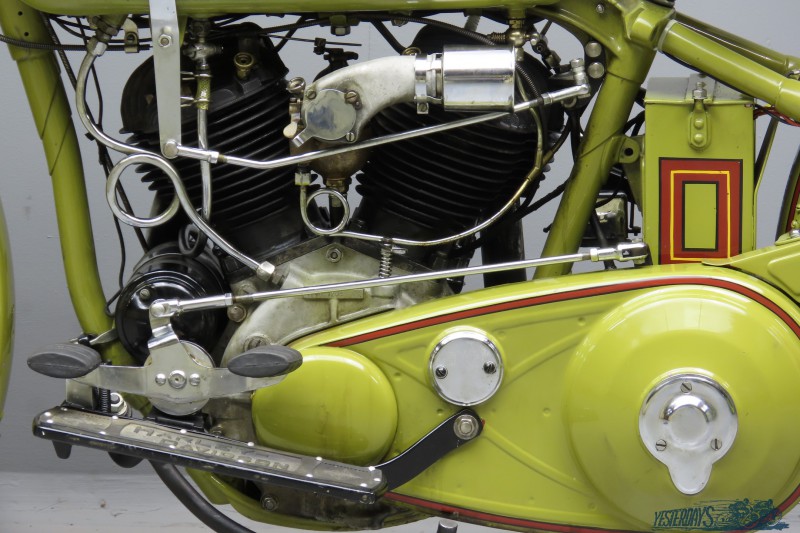 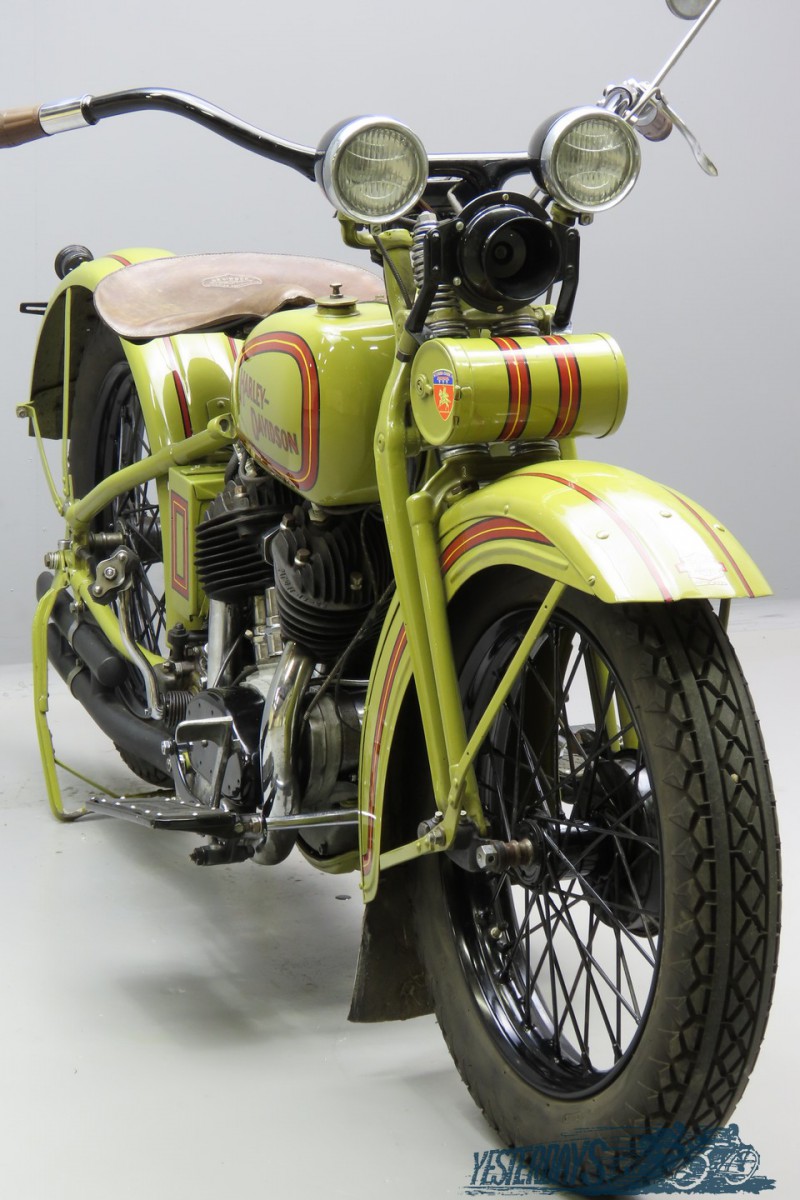 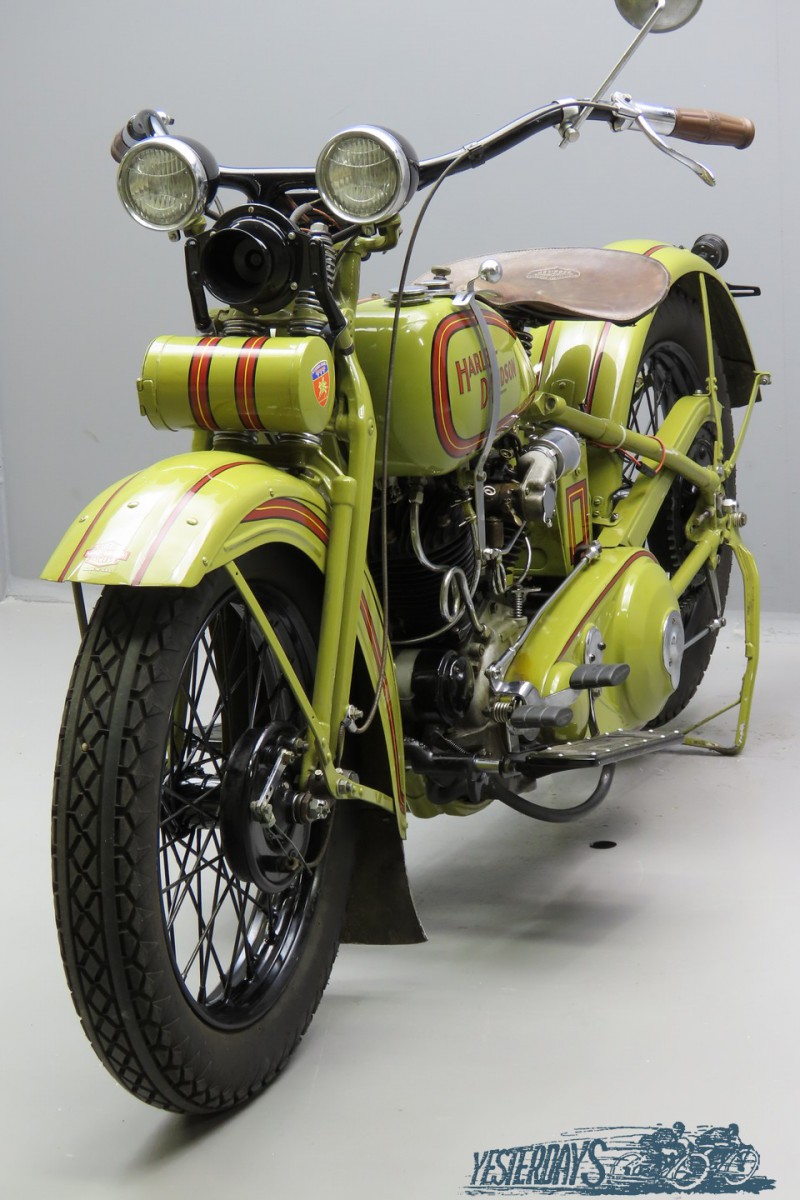 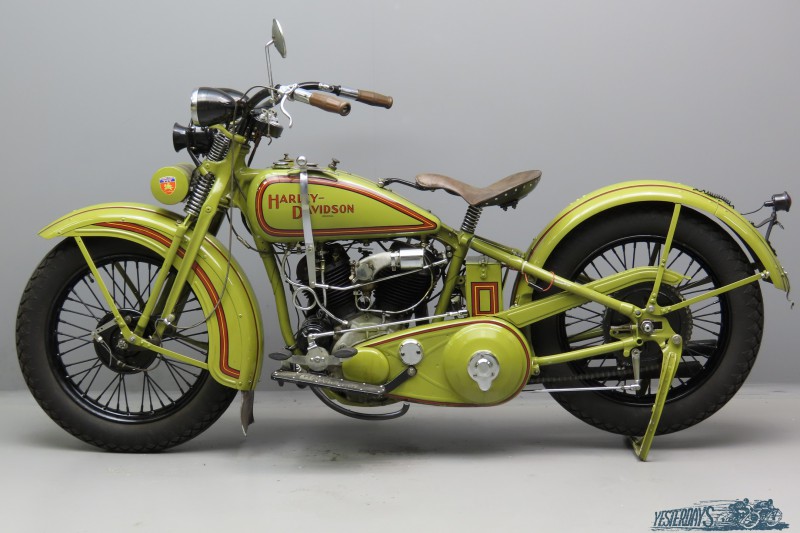 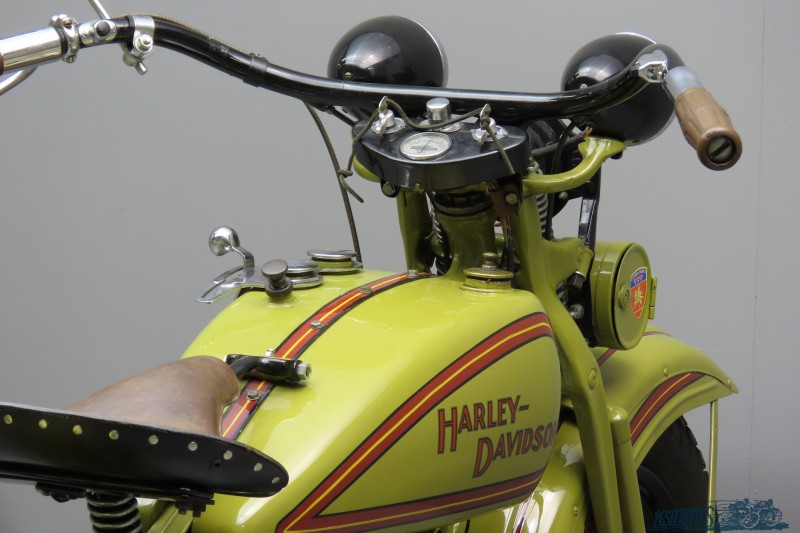 In 1930 the side valve Model “V” came on the market to replace the F-head models J and JD.
Despite the factory’s enthusiasm, the model V was far from an instant success.
More massively built and heavier than its predecessor, the V lacked top-end power to such an extent that the first examples were recalled for an extensive engine redesign.
A larger crankcase accommodating heavier flywheels did the trick and, its problems solved, the 74ci ‘flat head’ went on to win the hearts of Harley enthusiasts everywhere.
The model “V” was a medium compression model, the “VL” was its high-compression brother, designed for sidecar and package truck use.
The Big Twin produced some 30 hp@4,000rpm and it was the top of the line for Harley-Davidson customers in the 30s.
In 1936 the VL was replaced by a heavier model, the 80cu inch (1293cc) VLH.
That machine produced 38hp@4500rpm and was with its 140km top speed 3 km faster than the VL.
The 1930 model year was the only year in which the dual bullet headlights were used on the Big Twins.
Another one-year feature was the two-tube muffler.
Almost 10,000 Big Twins were produced in 1930; the heavy model was more popular than the new 750cc model D, of which some 5,500 were produced.
This mighty VL has been restored a number of years ago and comes in very healthy condition throughout.