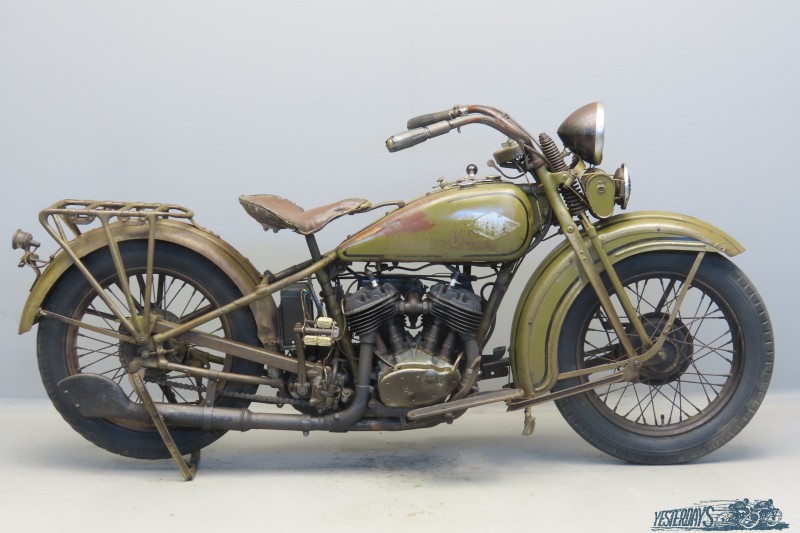 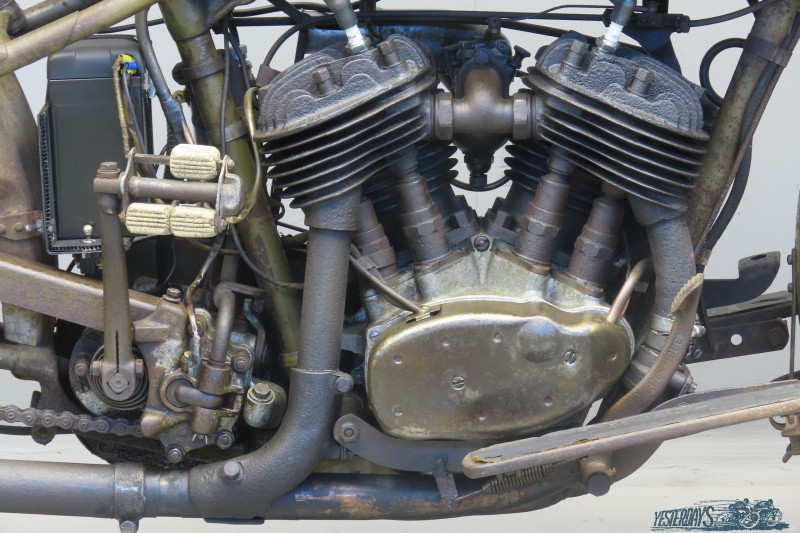 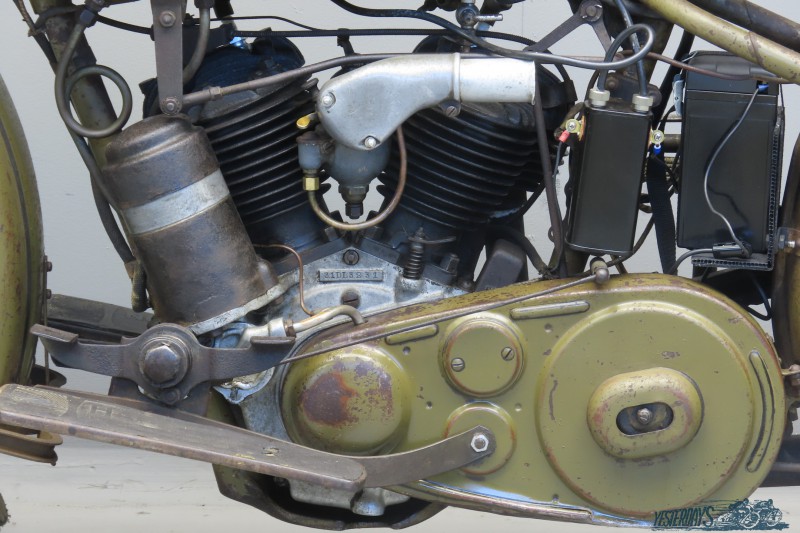 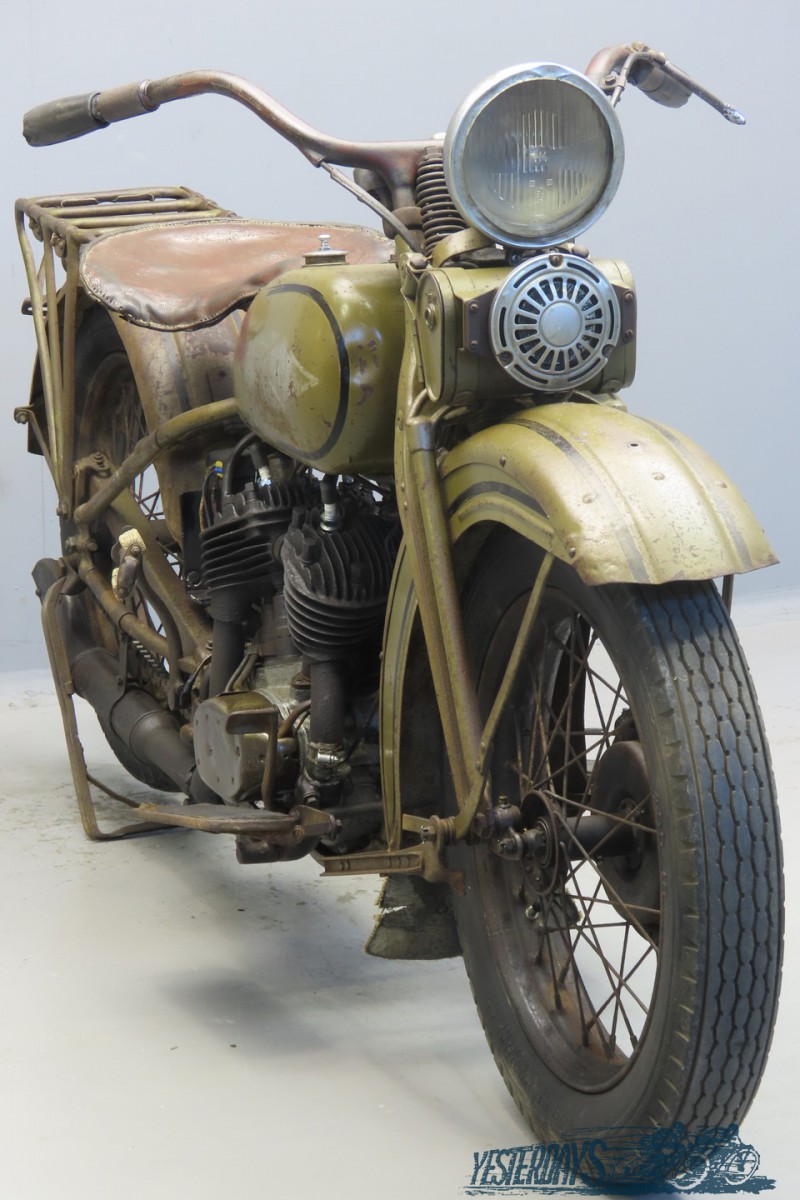 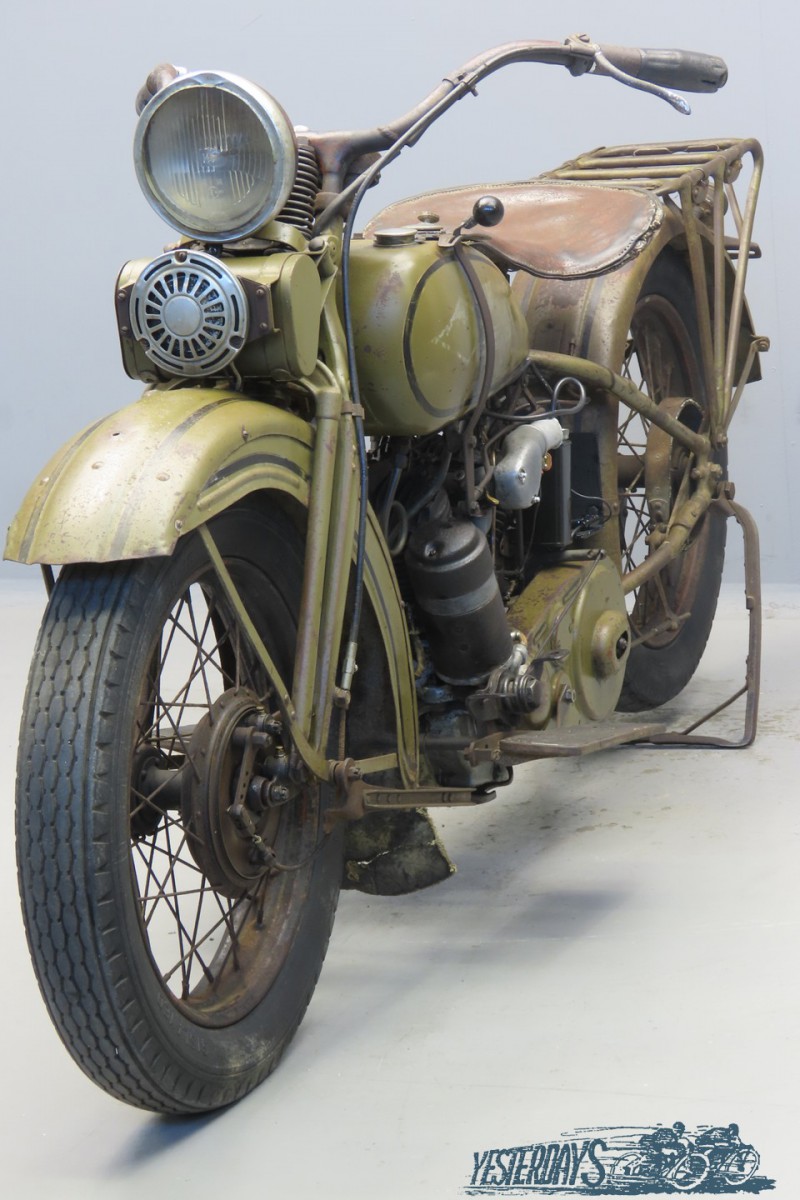 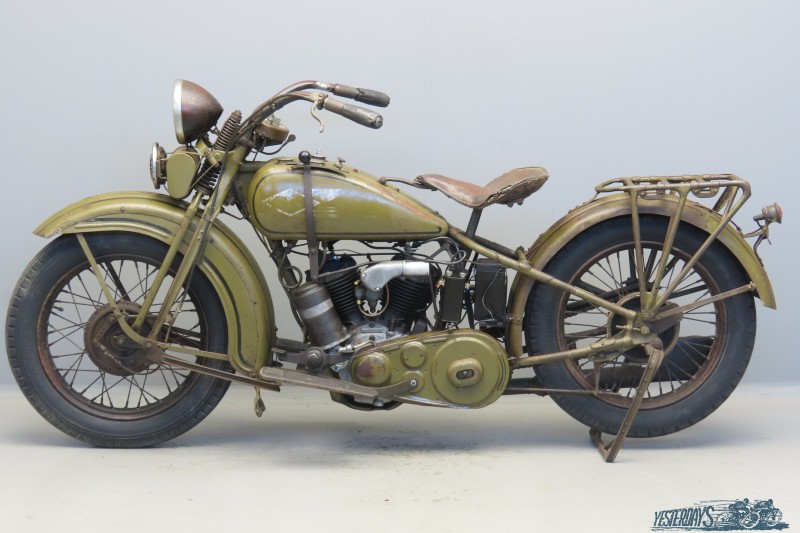 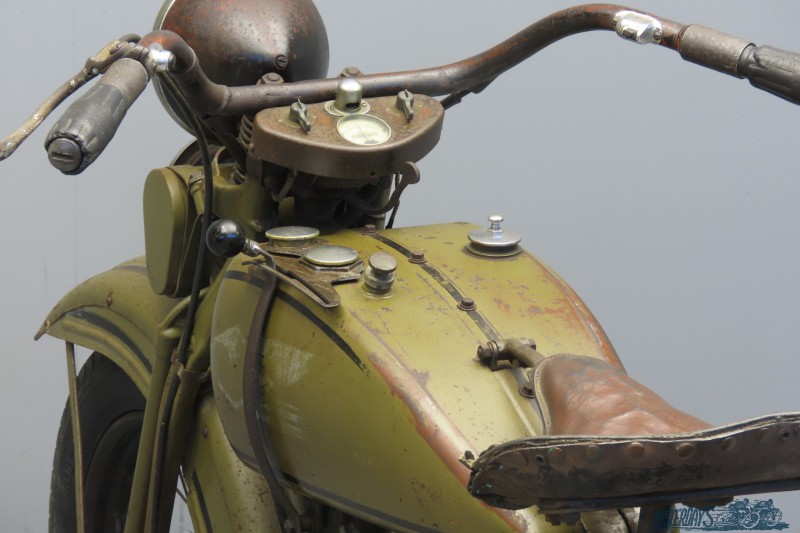 The company introduced the side valve concept for the V-twins for the 1929 model year when the 742cc model D was introduced.
A year later the F head big twin was replaced by the side valve 1209cc model V.
The model D was sometimes referred to as the “three cylinder Harley“, because of the remarkable vertical position of the dynamo.
Several versions were marketed, the D had a compression ratio of 4.3:1 and a power output of 15hp.
The DL had a somewhat higher compression ratio of 5.0:1, which gave 18.5hp.
Top of the range was the DLD which churned out 20hp @ 4000 rpm with a ratio of 6.0:1.
Standard paint finish was olive green with maroon striping with a centre gold stripe.
Handlebars and wheel rims were finished in black. Potential buyers could choose though from a range of new colours: black, maroon, grey, blue cream and coach green, all at extra cost.
Among the new features for 1931 were a single 7 inch headlight, a larger and more effective band rear brake, a modified clutch and generator drive and a fishtail silencer.
The formerly nickel plated parts were now chromed. 1931 would become the last year of the model D: a redesigned 750 model “R” was ready to become its successor. (Source: “Harley Davidson, all the Motorcycles 1903-1983” by Matthias Gerst.)
This DL had one Swedish owner from 1931 till 2006; then the bike stayed in the family till 2016.
The machine is in very authentic condition and we believe the paintwork is largely original; the tank transfers are weathered but appear to have been renewed a long time ago, they have the “Flying Diamond” design that was introduced in 1934.
We haven’t checked the mechanical condition of this “time machine” Harley: she has been in storage for a long period so she is certainly ready for some tender love & care of a new owner…