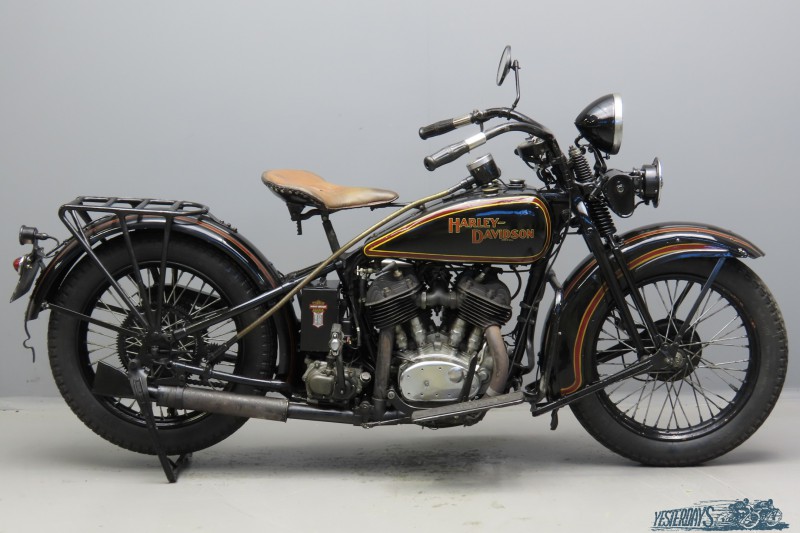 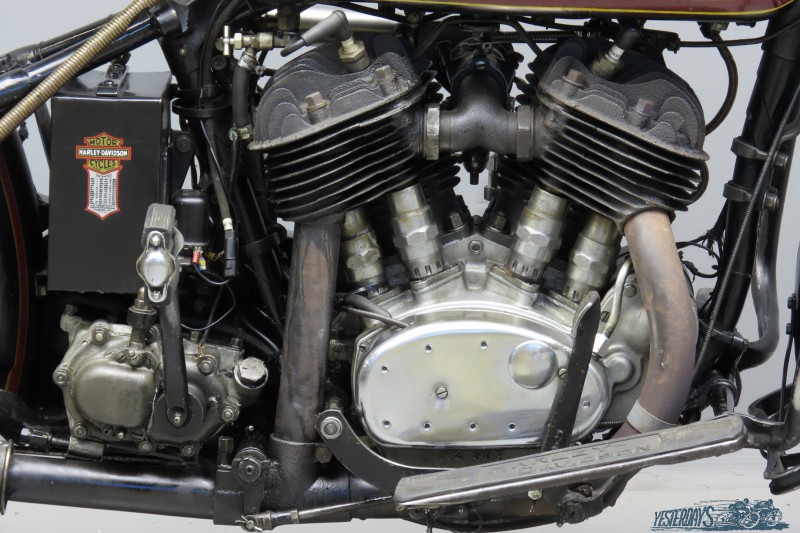 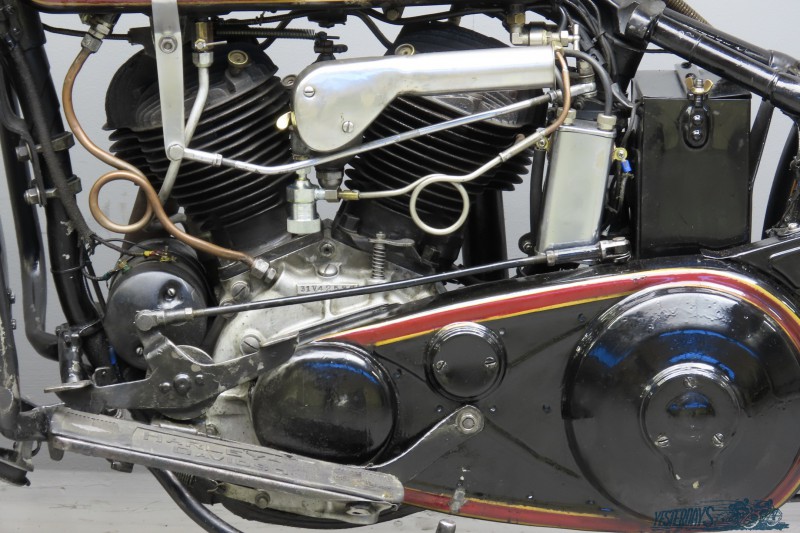 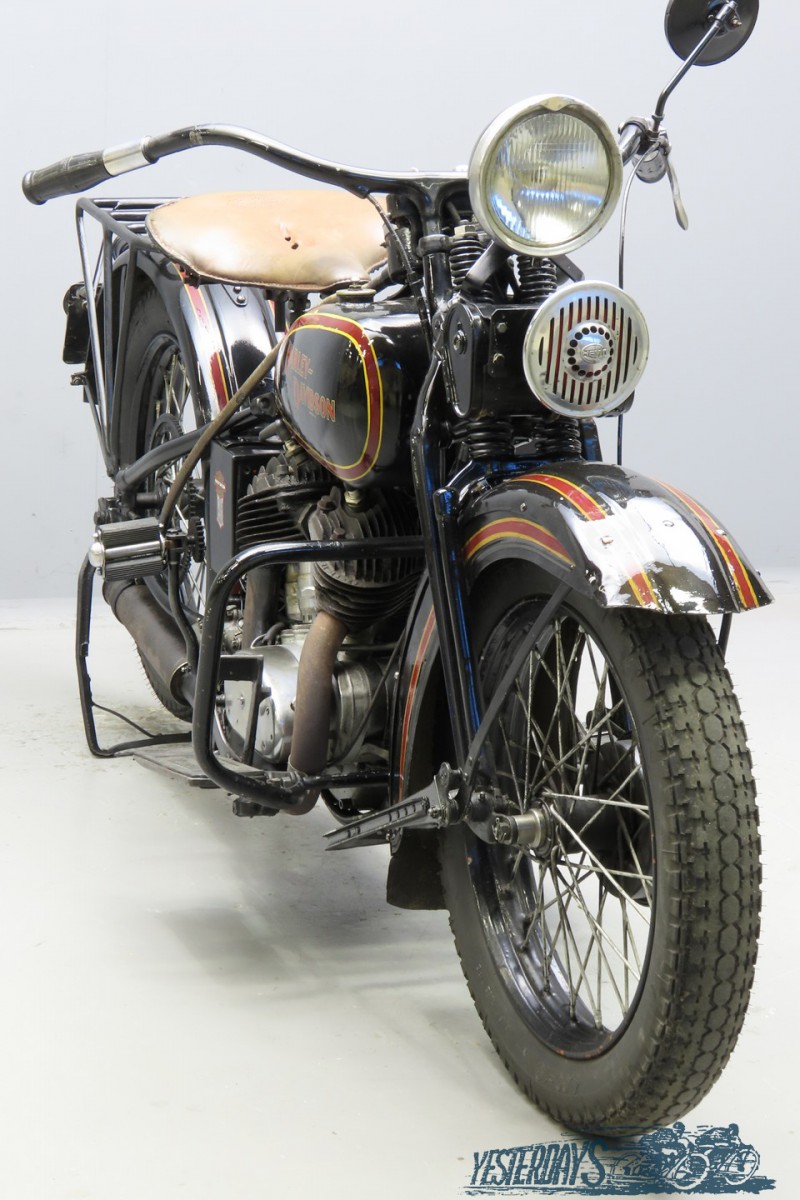 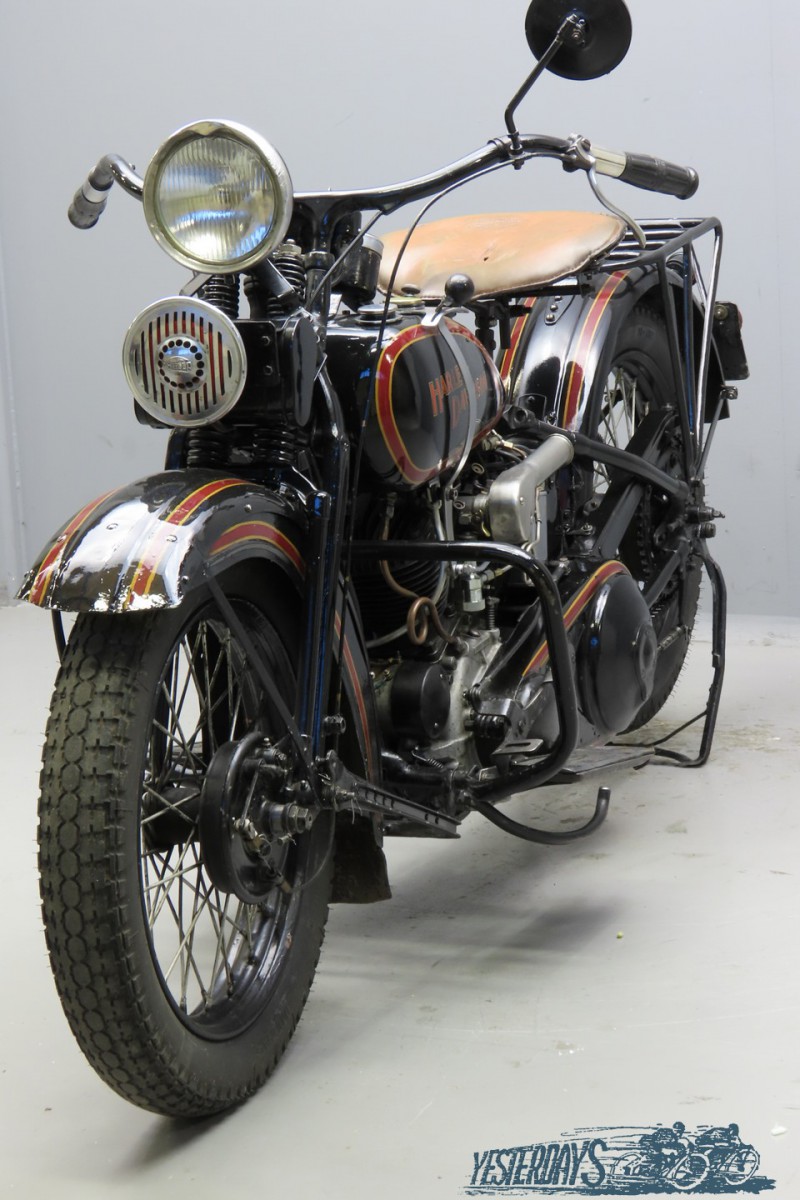 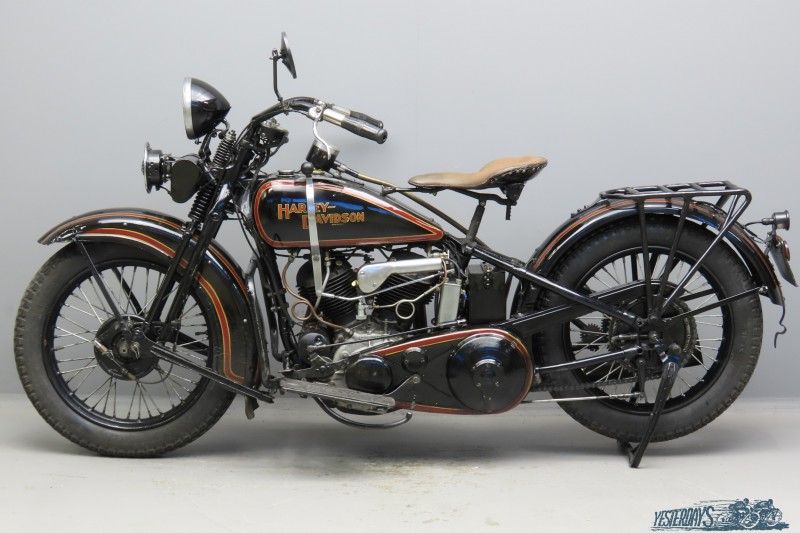 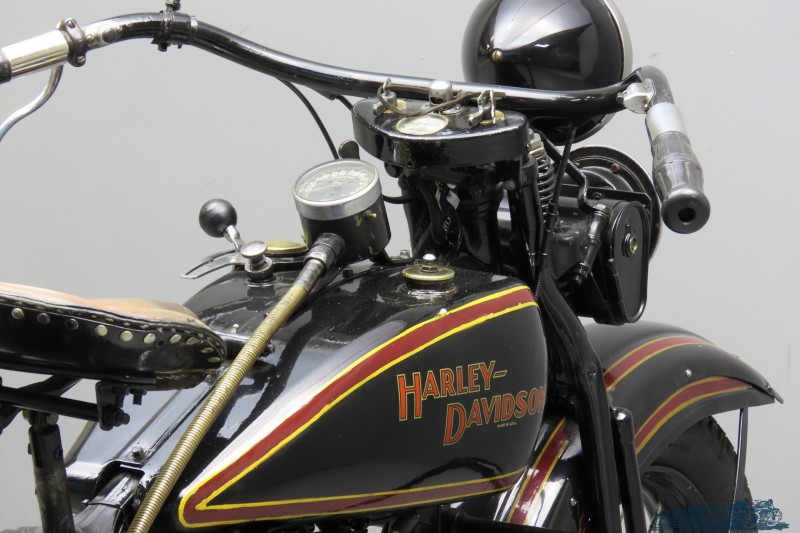 In 1930 the Model “V” came on the market to replace the F-head models J and JD.
The model “V” was a medium compression model, the “VL” was its high-compression brother, designed for sidecar and package truck use.
Compared to the F-head models the V was heavier built: the frame of the V weighed 25% more than that of the J/JD.
The V’s internal-expanding brakes, front 184mm diameter and rear 203mm diameter, were certainly an improvement.
Another new feature was that the wheels were quickly detachable and interchangeable. Shortly after the introduction of the new V problems with performance were detected so for model year 1931 the engine got heavier flywheels.
This also necessitated a bigger crankcase and a redesigned frame.
Some other new features for the 1931 model year were the “Sunburst Face” horn, constant mesh starter and cadmium-plated clutch and brake pedals.
The Big Twin “V” produced some 28hp@4000rpm with a compression ratio of 4:1 and it was the top of the line for Harley-Davidson customers in the 30s. In 1936 the VL was replaced by a heavier model, the 80 cu inch (1340cc) VLH, which produced 34hp.
Approximately 6,850 Big Twins were produced in 1931; they were more popular than the 750 cc model D, of which some 2,550 were produced.
The “V” was relatively rare with 825 machines produced in 1931.

This road-registered machine was sold new in The Netherlands.
It was rescued in the late sixties by a crane operator who saw to his amazement from his high-up position that a complete old Harley was being pushed from a quay in Amsterdam into a dumpster boat.
At the end of his shift he hoisted the poor machine out of its precarious position and gave her a new lease of life.
She has shown her reliability during thousands of miles through many European countries.
This sturdy Big Twin is an older restoration that comes with rear view mirror and Corbin speedometer.