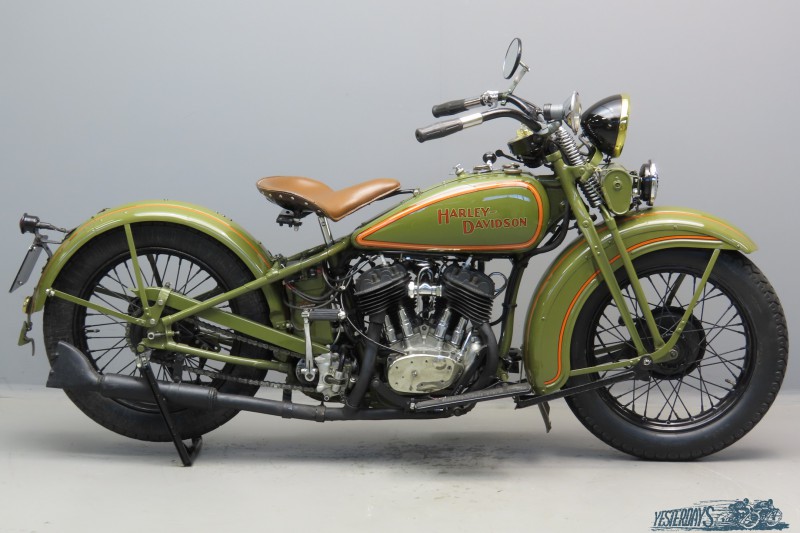 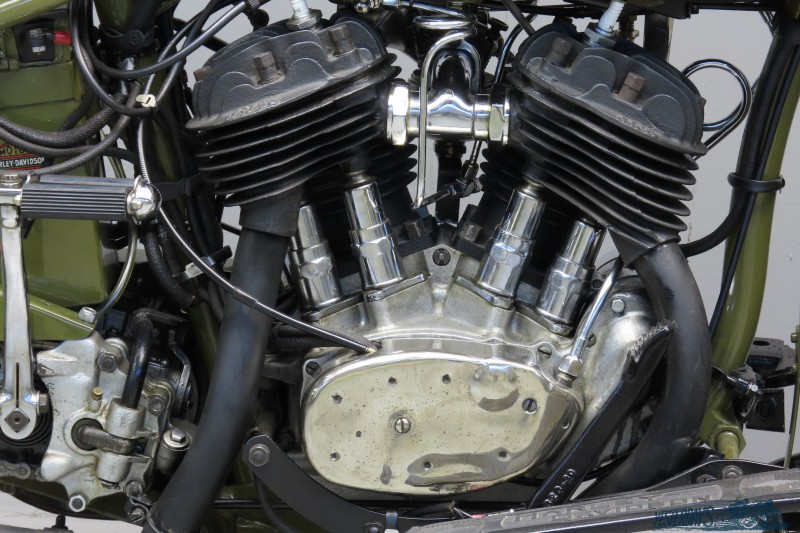 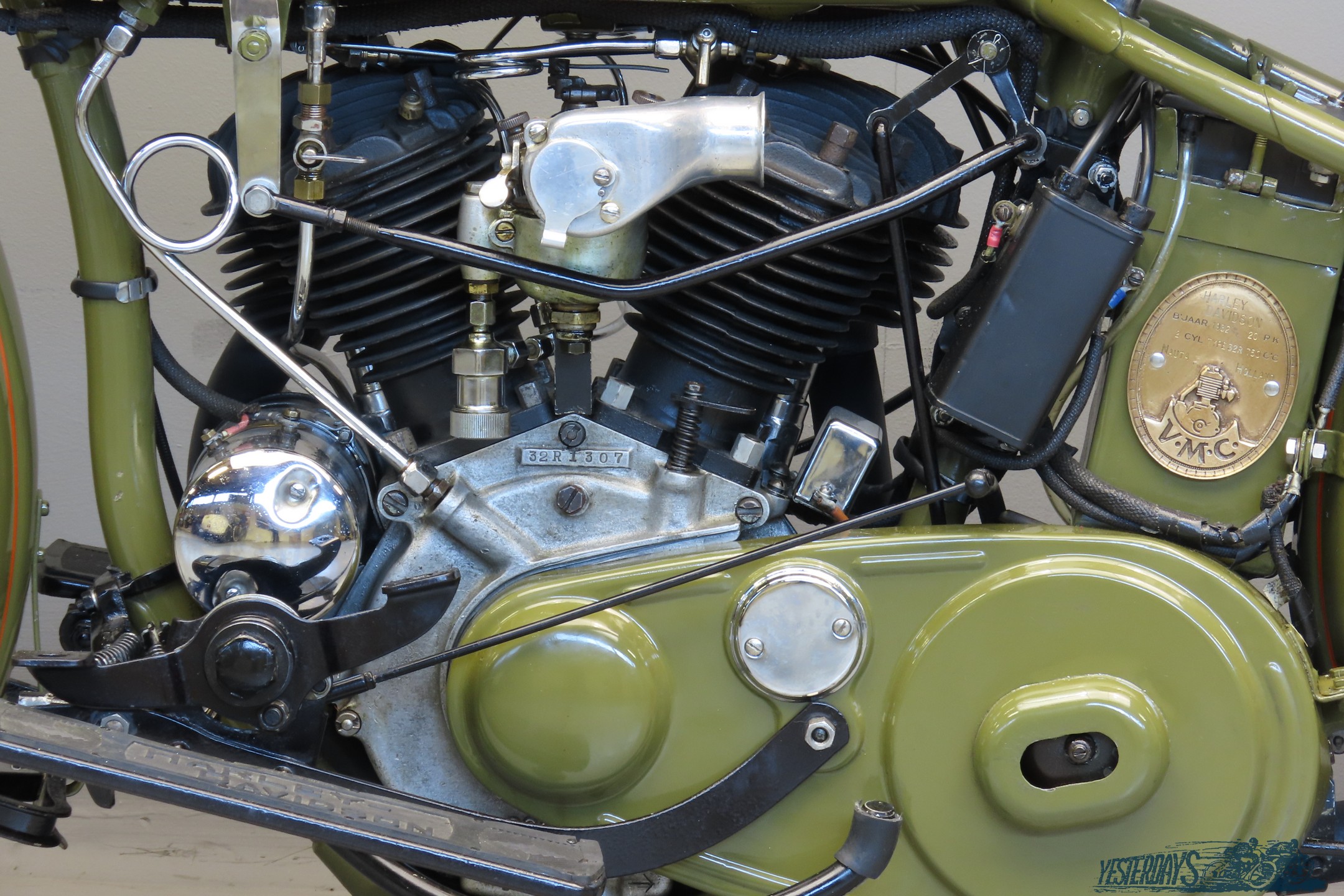 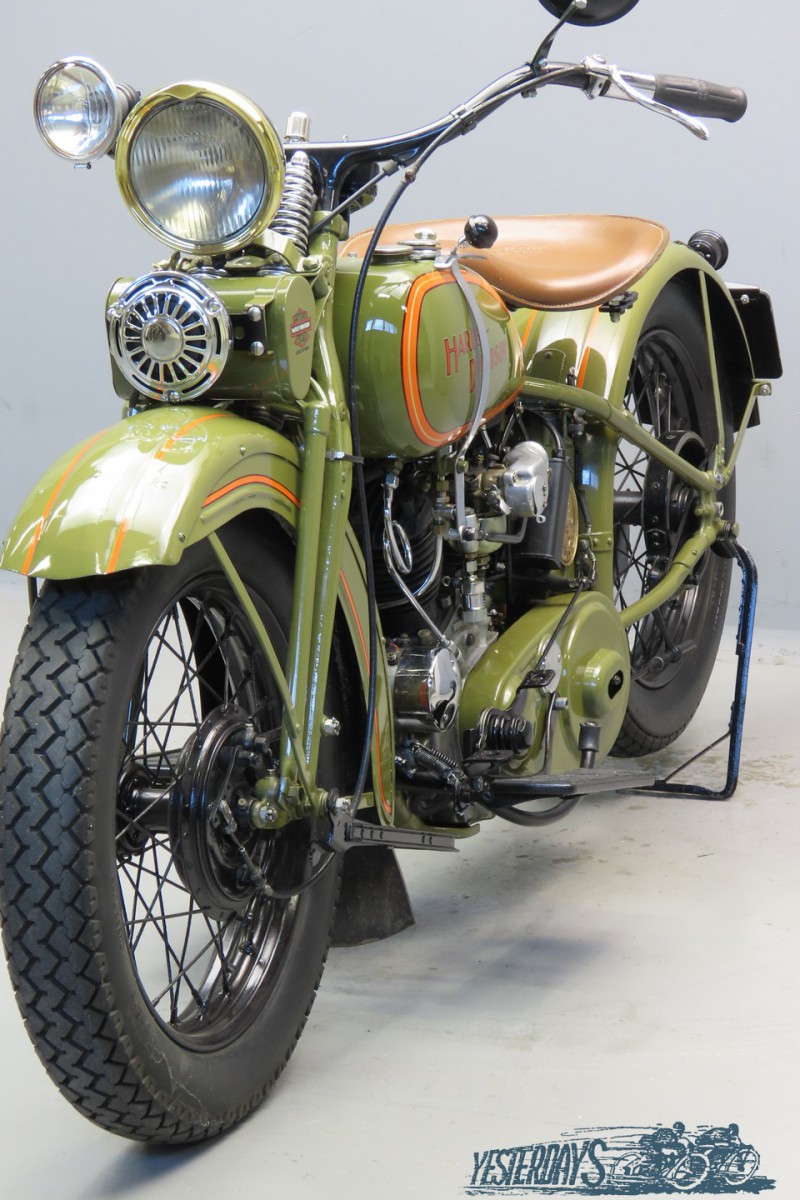 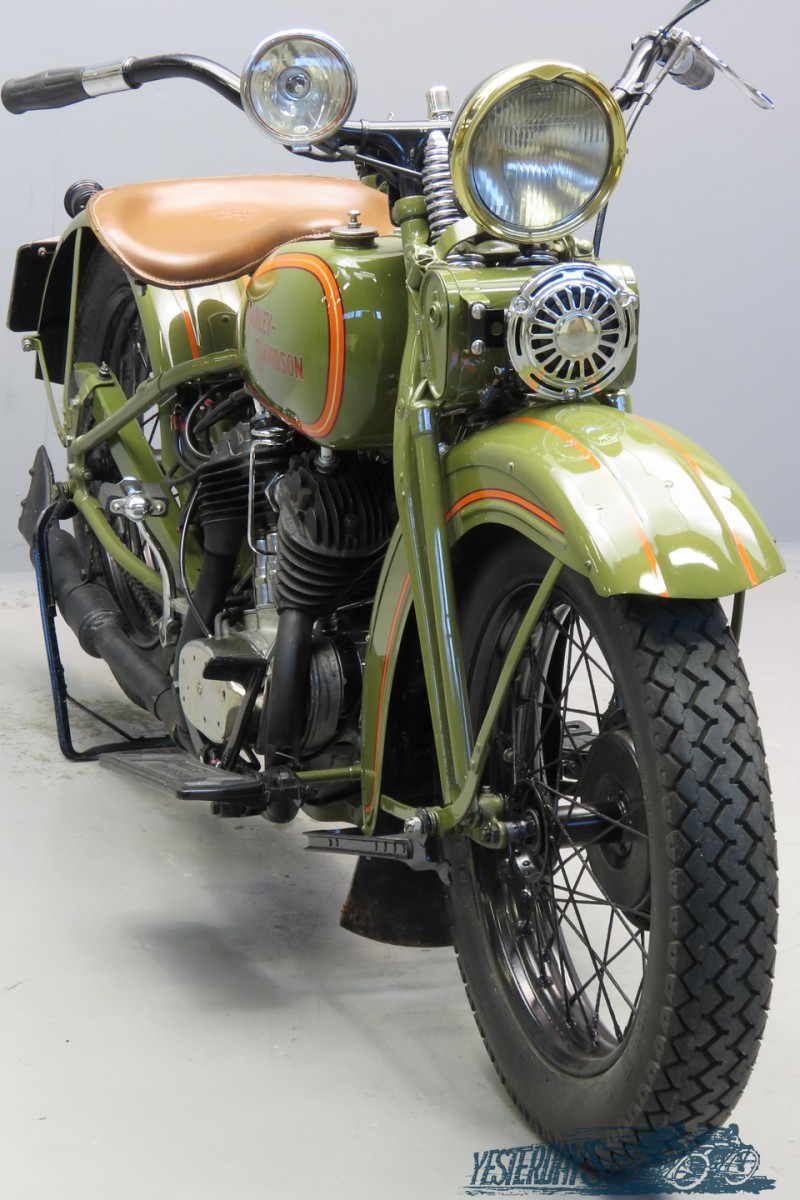 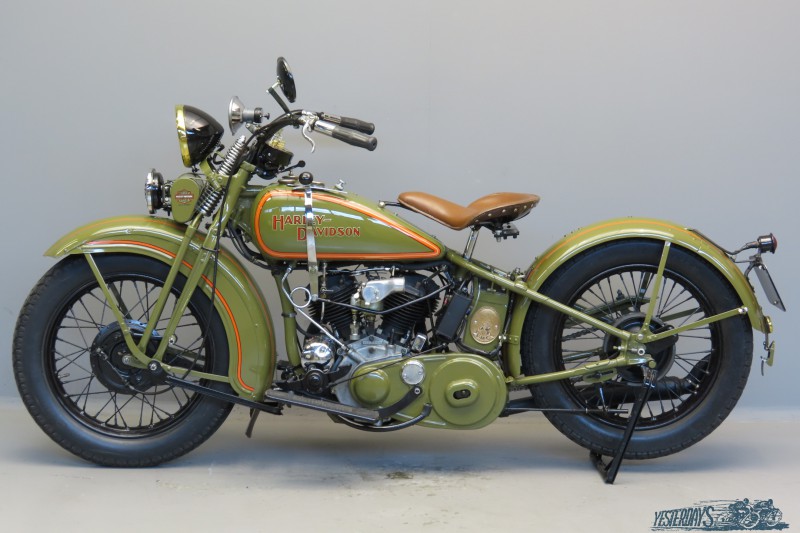 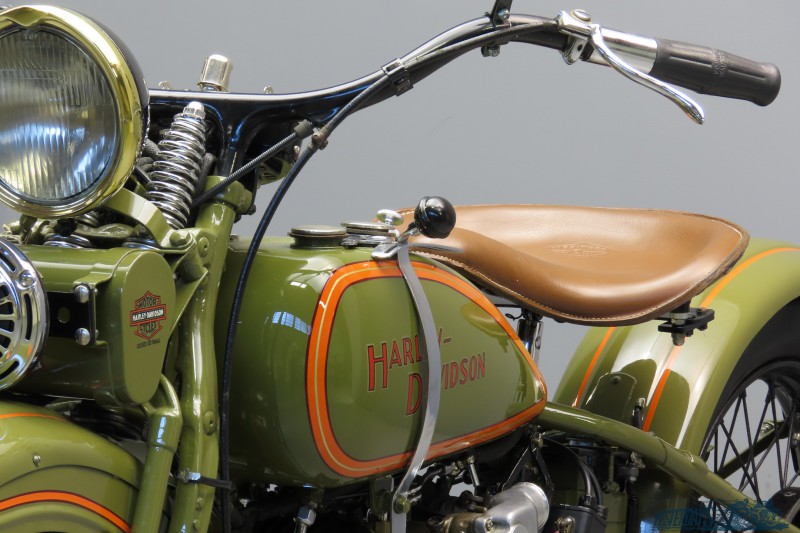 The company introduced the side valve concept for the V-twins for the 1929 model year when the 742cc model D was introduced.
A year later the F head big twin was replaced by the side valve 1217cc model V.
The model D was sometimes referred to as the “three cylinder Harley“, because of the remarkable vertical position of the dynamo.
For the 1932 model year a redesigned 750 was marketed as the Model R.
It differed in many respects from the previous model. To name a few: new cylinders, flywheels and conrods, crankcases, cam gears and oil pump.
There were many more detail changes in the engine.
The cycle parts had also been redesigned in many ways.
Overall we can say that the “R” was in many respects a more powerful, more reliable and and better engineered model than the “D”.
Unfortunately sales were very slow in 1932 due to the worldwide economic depression.
Less than 1,250 model R bikes were sold that year so we can safely say this is not a very common model.
The engine cranked out 14hp@4,000rpm which was good for a top speed of some 110km.
The “R” we present here has been recently restored and she is in excellent shape.
She comes with handlebar-mounted search light, rear view mirror and practical jiffy stand.