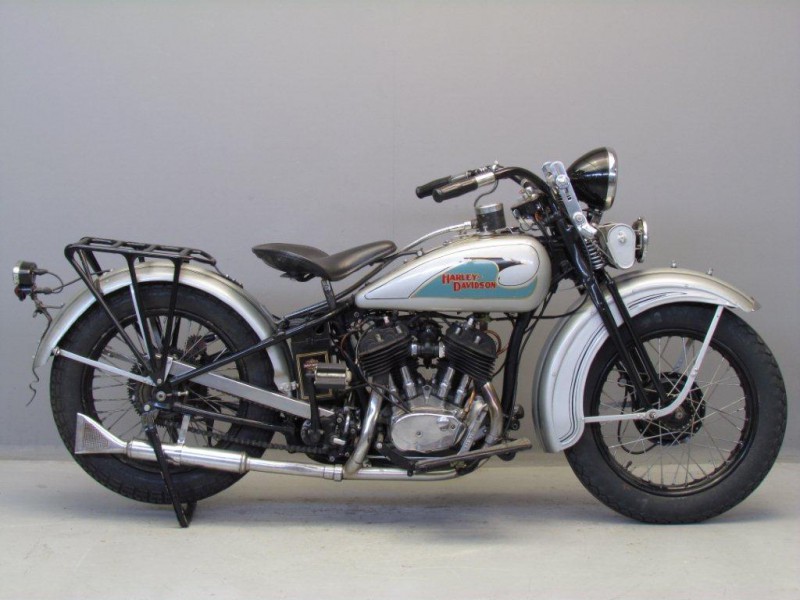 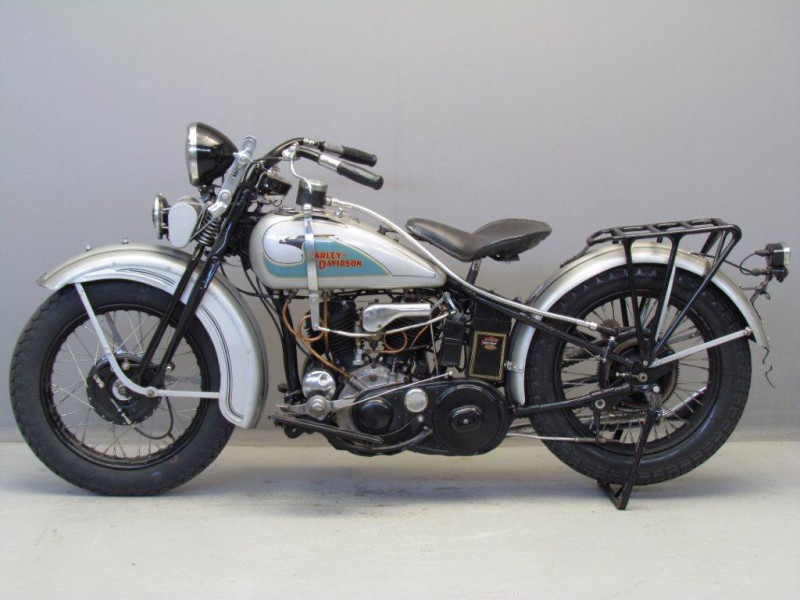 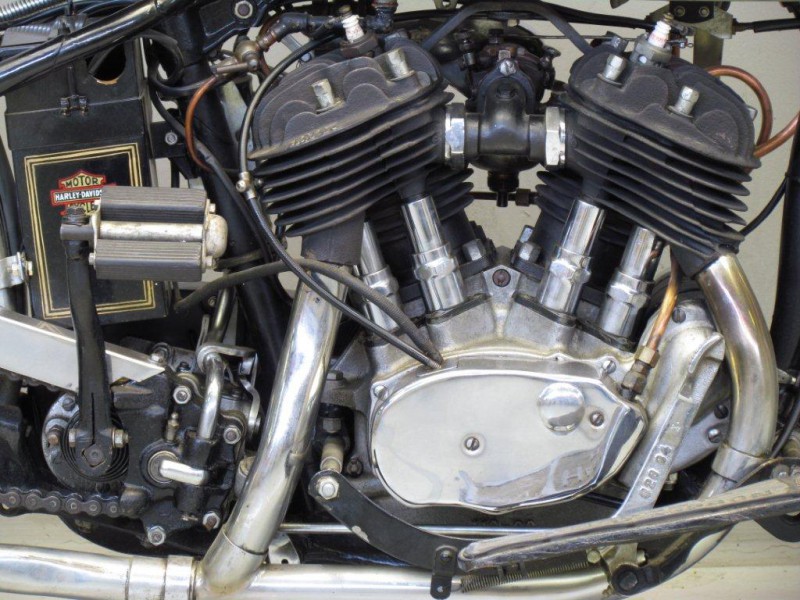 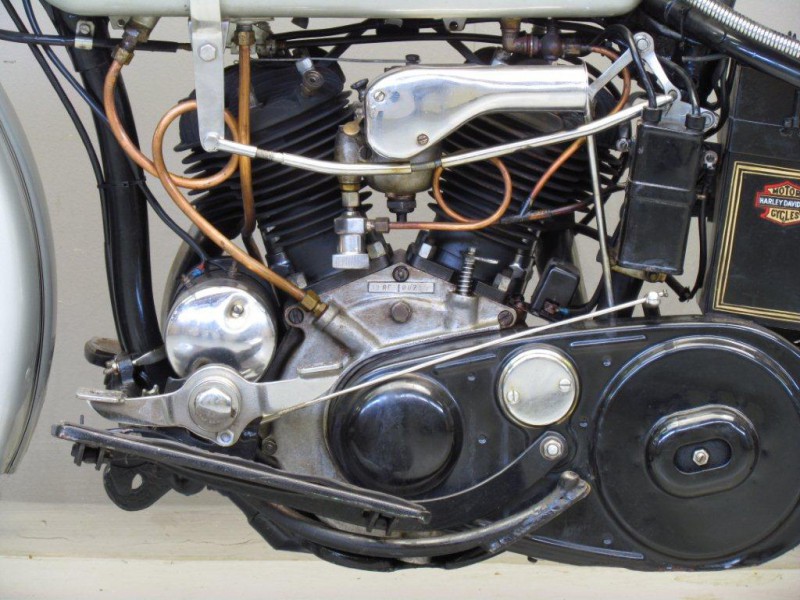 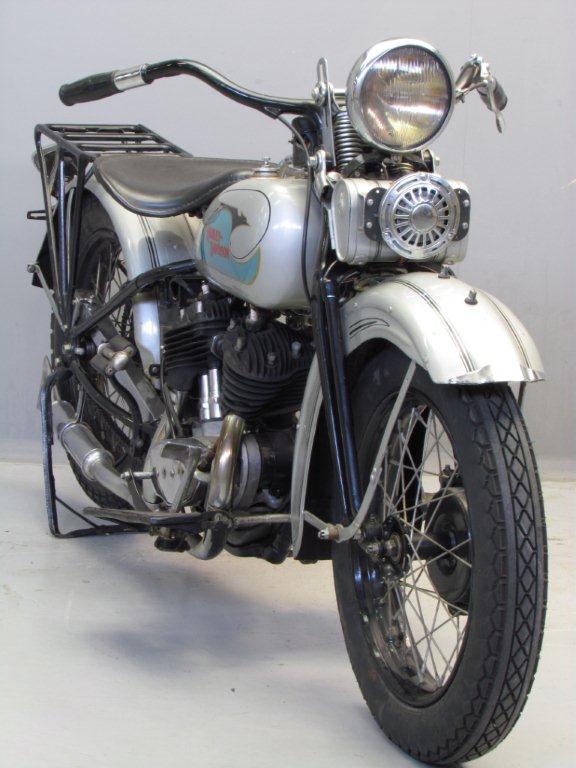 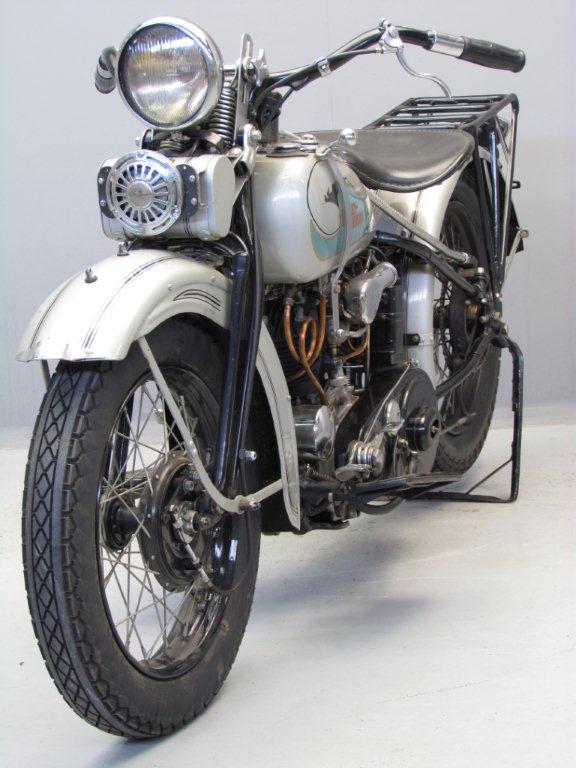 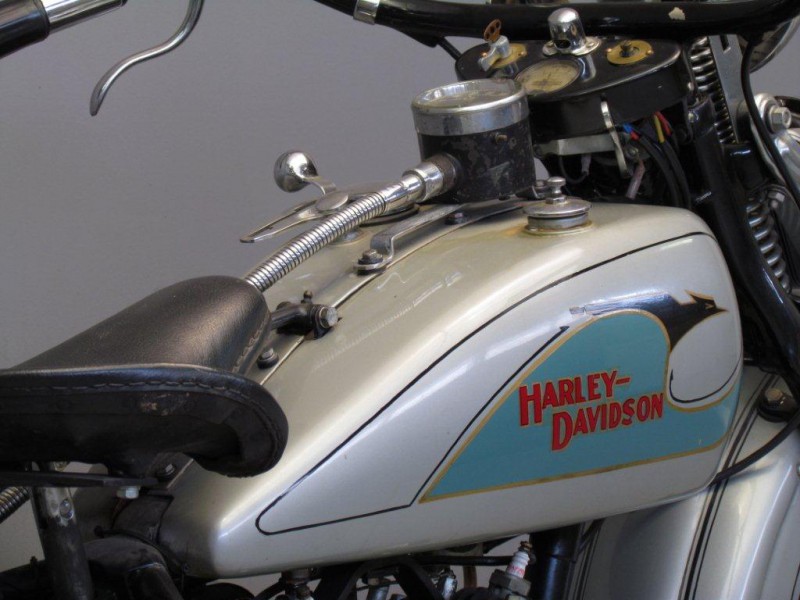 The company introduced the side valve concept for the V-twins for the 1929 model year when the 45 ci model D was introduced.
A year later the F head big twin was replaced by the side valve 74 ci  model V.
The RE was a special model with magnesium-alloy pistons.
A remarkable feature of the 1933 models was the stylized eagle motif tank panel, which gave the machine an Art deco touch.
The early thirties were difficult years for the company because of the economic depression.
Harley sales were extremely low in 1933: no more than about 550   750 cc models were produced.
The 1200 cc model sales were a bit better with about 2,000 machines being sold.
This model RE has an attractive colour scheme and is equipped with Corbin speedometer.
The machine is very a nice older restoration.