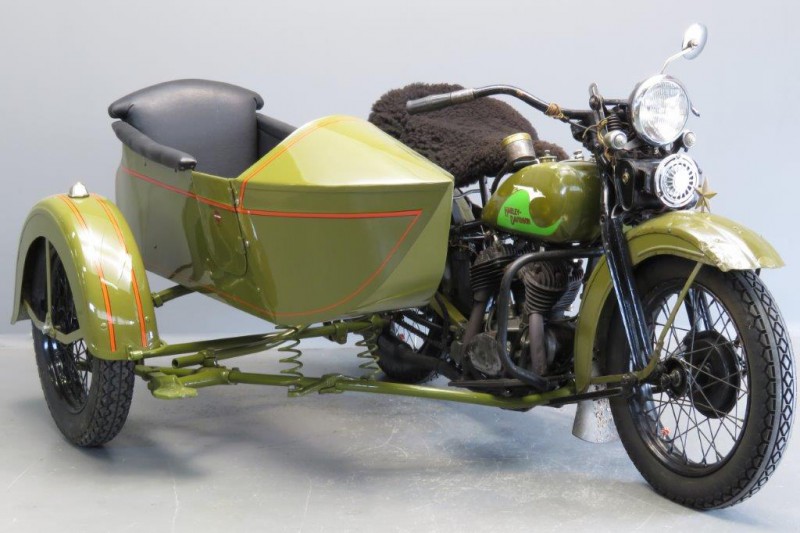 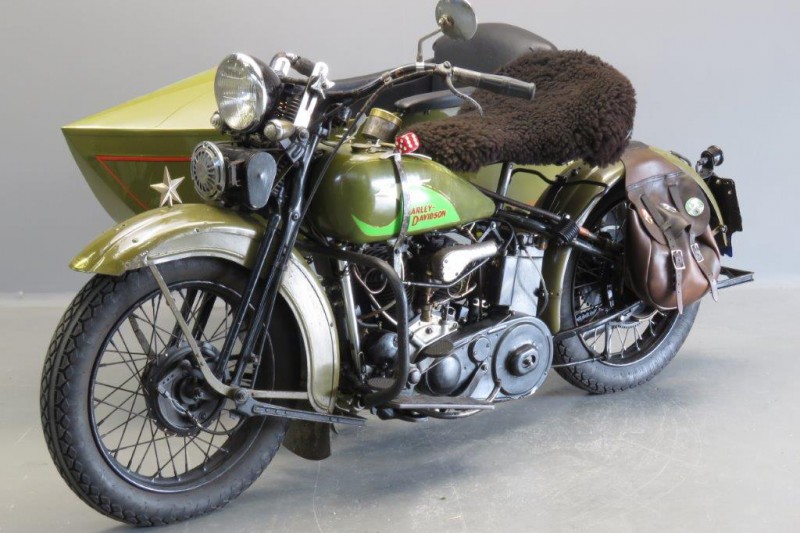 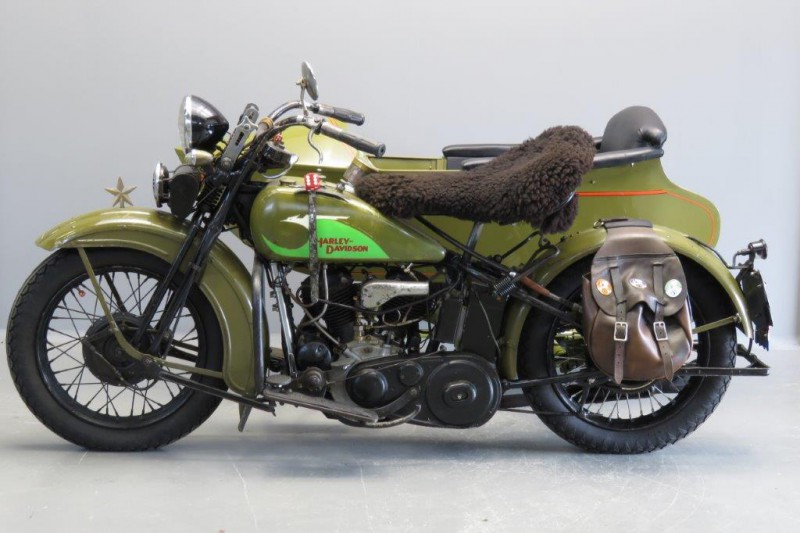 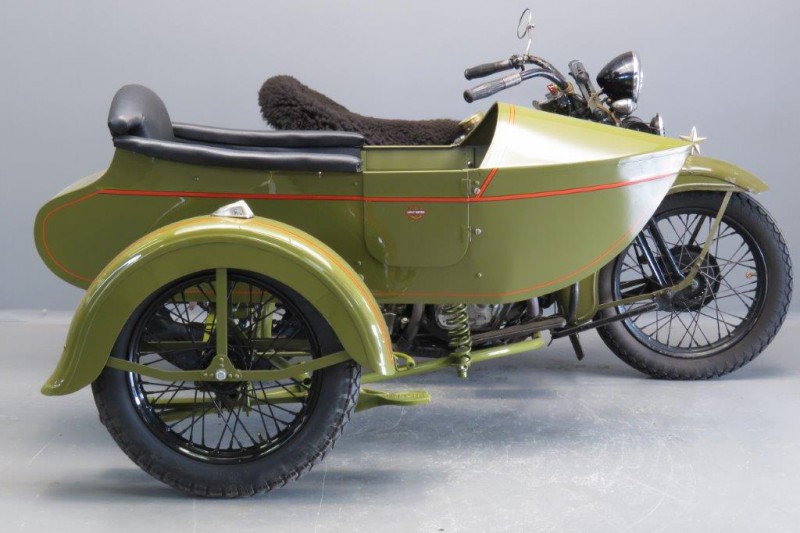 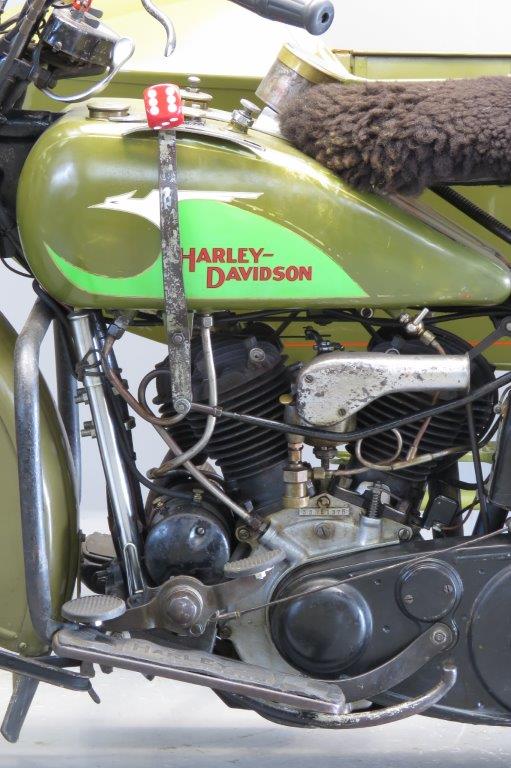 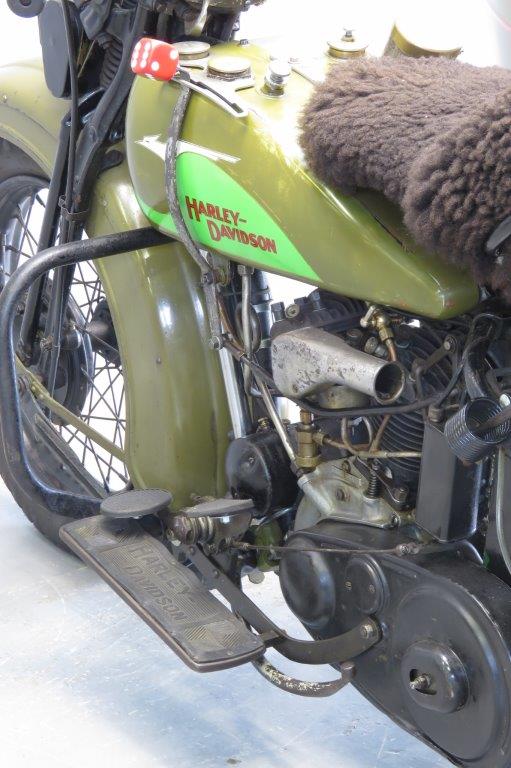 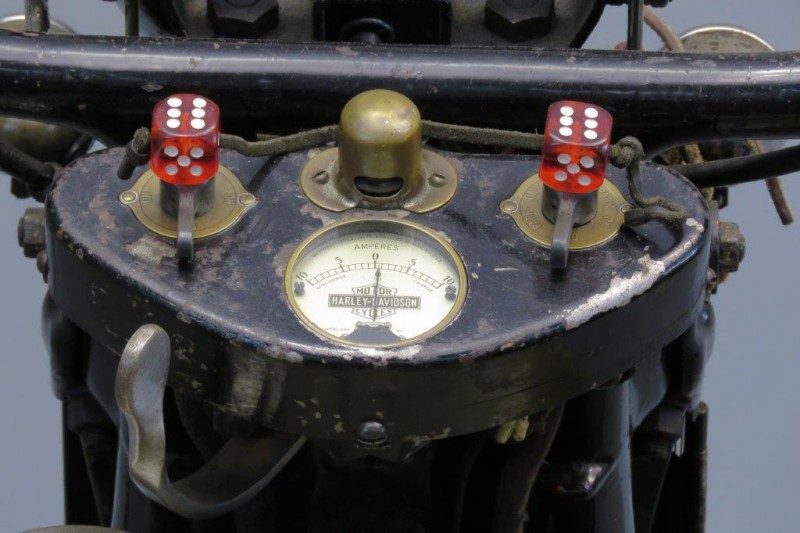 The company introduced the side valve concept for the V-twins for the 1929 model year when the 45 ci model D was introduced.
A year later the F head big twin was replaced by the side valve 74 ci  model V.
The RE was a special model with magnesium-alloy pistons.
A remarkable feature of the 1933 models was the stylized eagle motif tank panel, which gave the machine an Art deco touch.
The early thirties were difficult years for the company because of the economic depression.
Harley sales were extremely low in 1933: no more than about 550   750 cc models were produced. The 1200 cc model sales were a bit better with about 2,000 machines being sold.
This  RE  was sold new in The Netherlands and was in use  till the  sixties, first by the original owner and then by his son who used the machine as  his personal transport when he was a university student.
During the war years the machine was hidden in a wood stack.
From the seventies  the machine was displayed for many years in an enthusiast’s  living room.
Some six years ago a thorough technical restoration was undertaken.
Most of the exterior of the motorcycle is still in original condition.
There’s a  Corbin speedometer on board.
In the December 2009  Club magazine of the Dutch Vintage Motorcycle Club  an interesting history of this tough survivor was published.