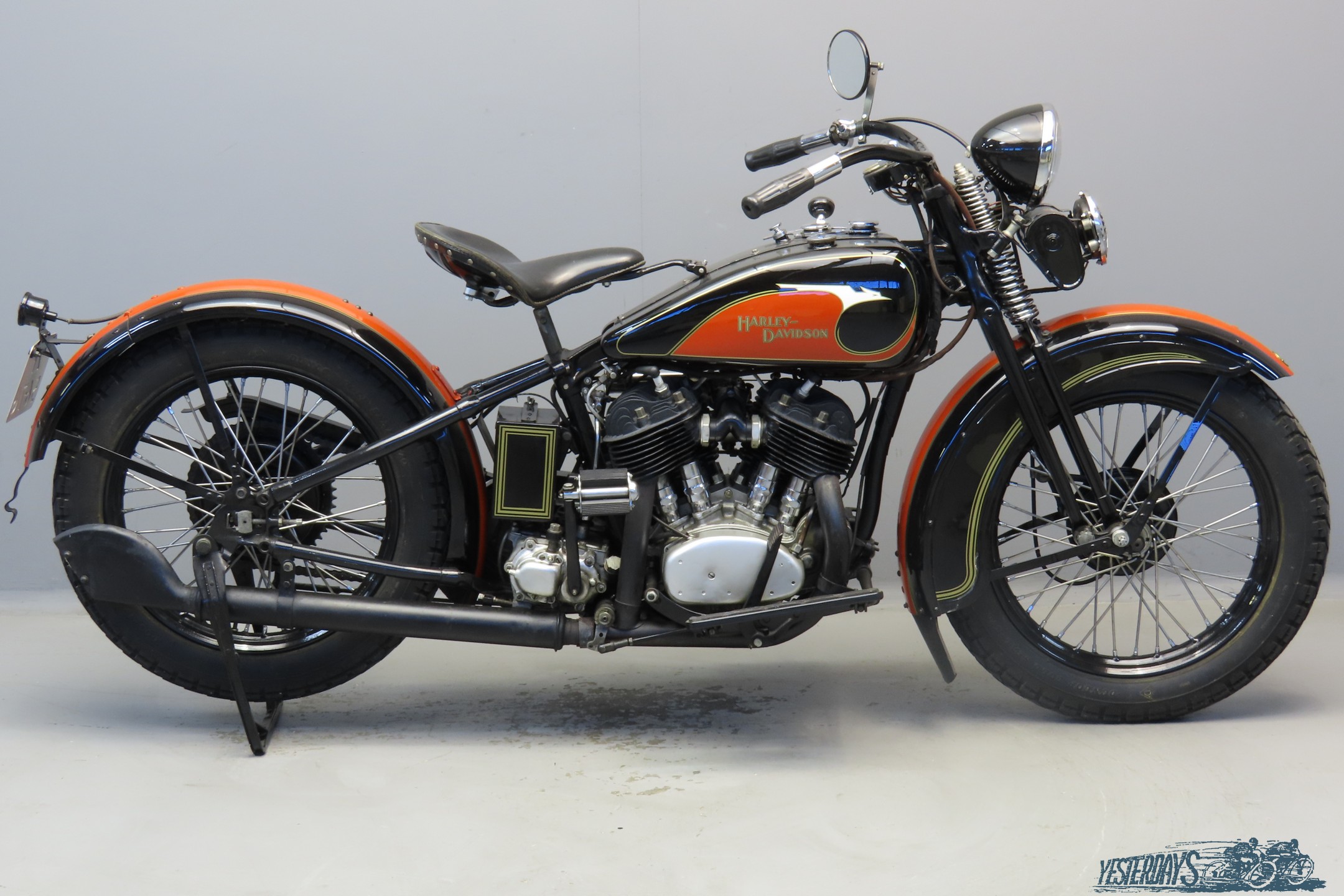 In 1930 the Model “V” came on the market to replace the F-head models J and JD. In the beginning there were serious problems with the design but once these were ironed out the new model gained a good reputation both as a solo mount and as a sidecar puller.
The model range comprised no less than 23 variations, ranging from the VC “low compression commercial, nickel iron pistons” that turned out 25hp@4000rpm to the VLD “high compression, Dow metal pistons” that was good for 36hp@4500rpm. The machine we present is the VF with the configuration “medium compression, nickel iron pistons”. The VF was only offered in 1933, has a compression ratio of 4.0:1 and delivers 28hp@4000 rpm (source: Mathias Gerst, “Harley Davidson, all the motorcycles 1903-1983”).
There were not many changes for the 1933 model year: the headlamp glass was not longer flat but convex and the petrol tank decoration took the form of an Art Deco eagle. 1933 was also the first year that frames and forks would be finished in black as standard. In 1934 the tank graphics would be changed to the “Flying Diamond” design, so it is easy to recognize a 1933 model. The machine we present here has been meticulously restored and comes with current Dutch registration. There were 5 colour options for the 1933 twins, this shiny machine is finished in black and mandarin red with gold striping.