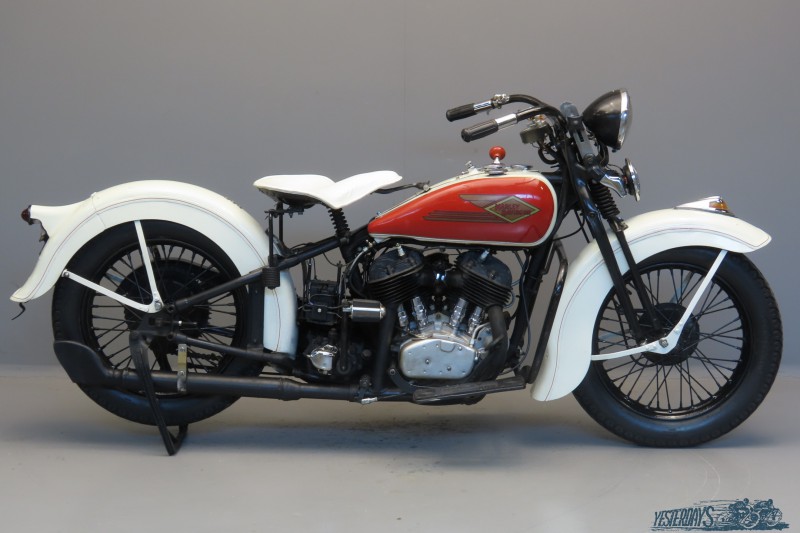 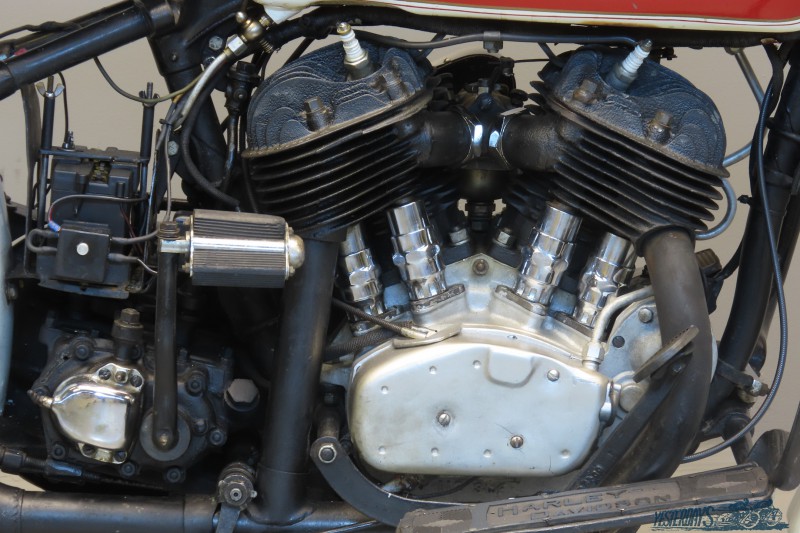 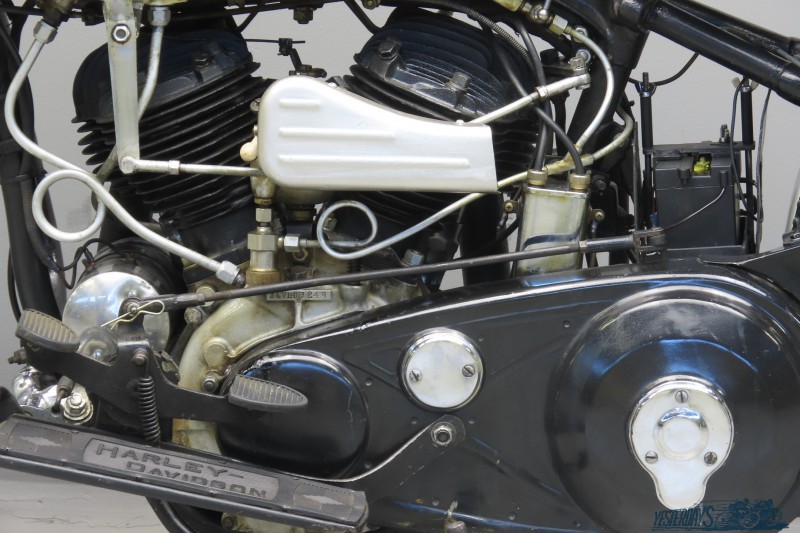 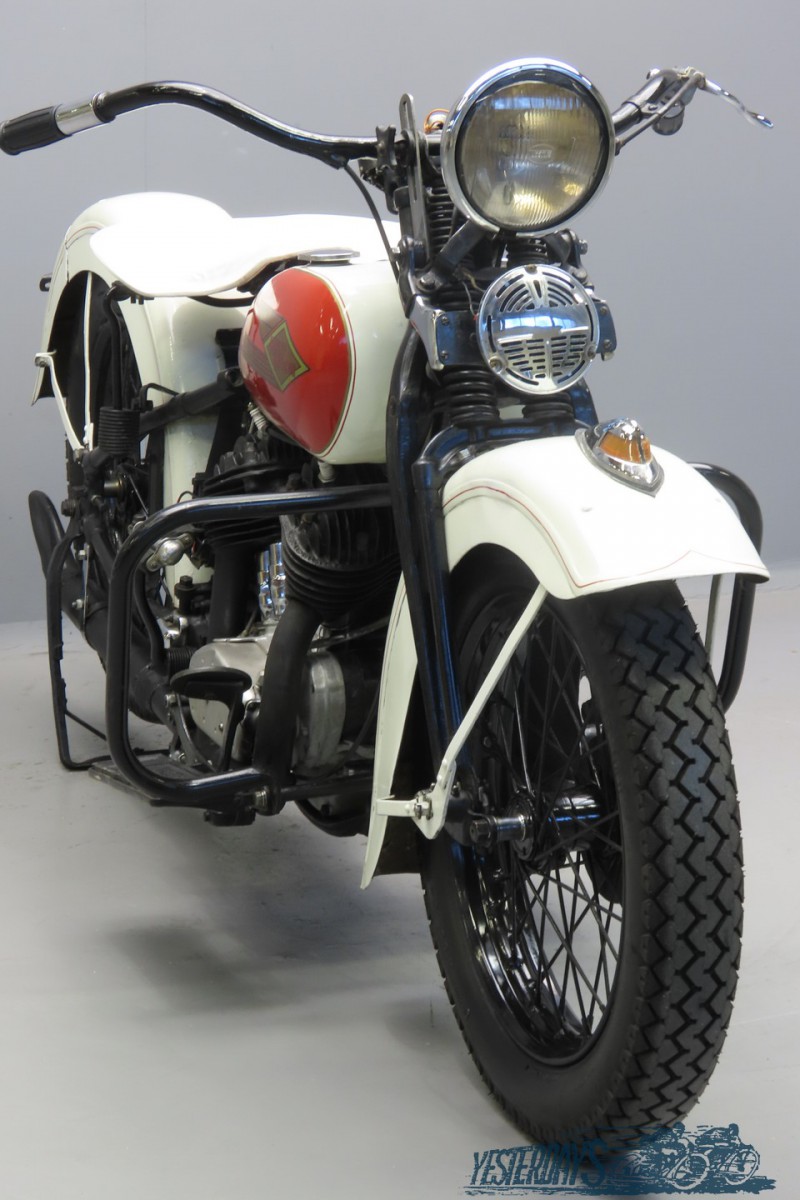 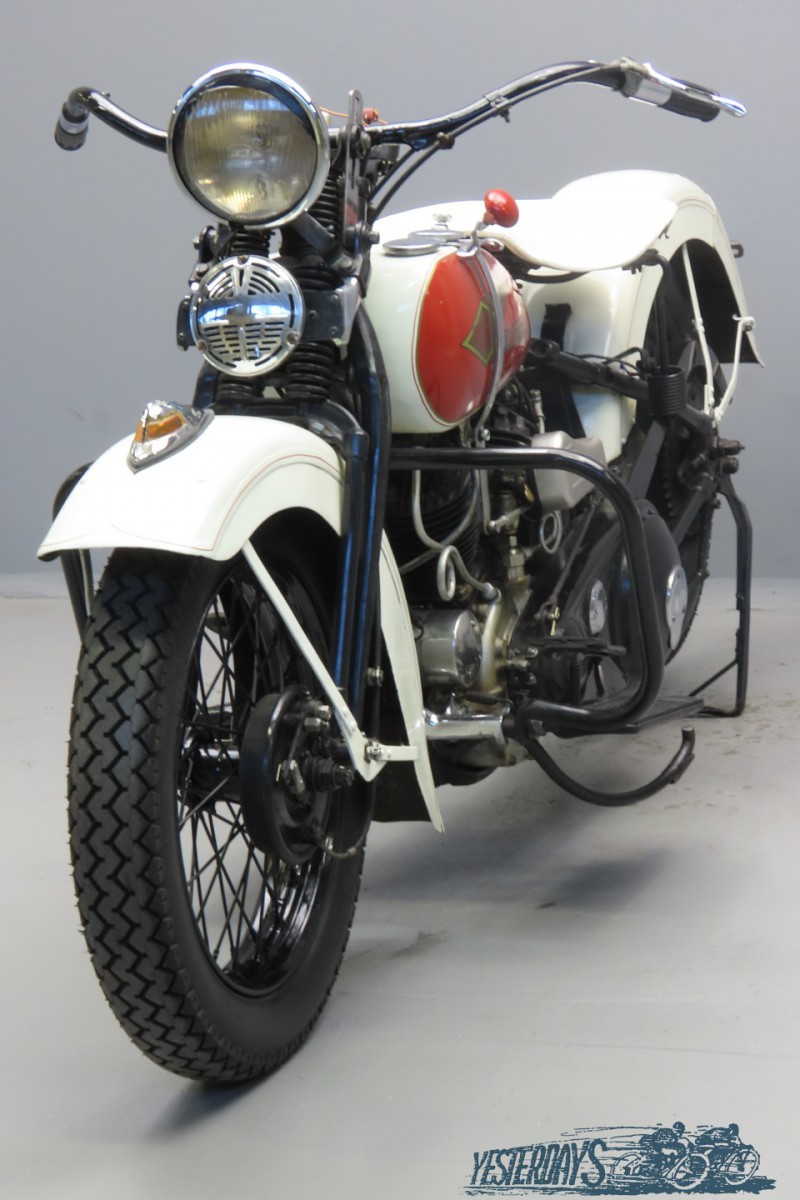 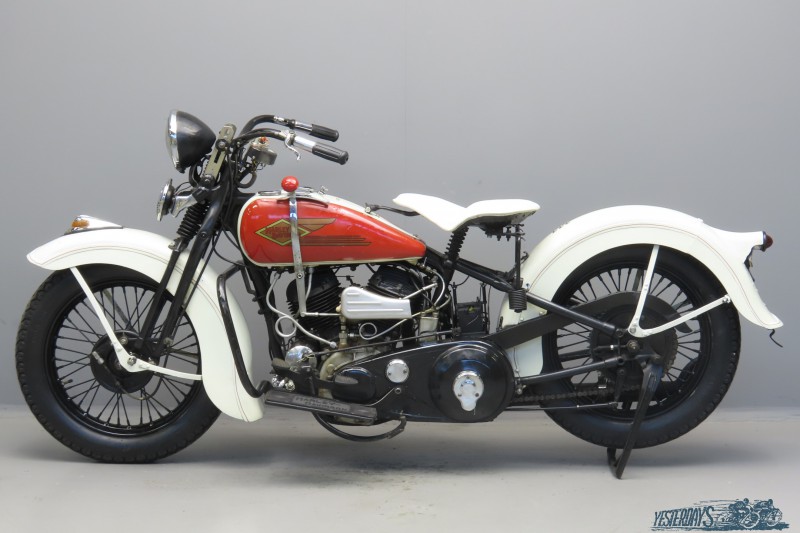 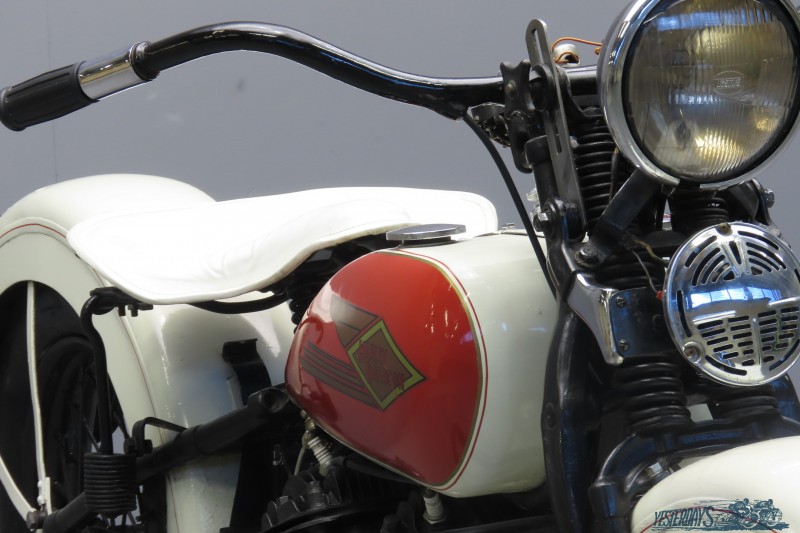 In 1930 the Model “V” came on the market to replace the F-head models J and JD.
In the beginning there were serious problems with the design but once these were ironed out the new model gained a good reputation both as a solo mount and as a sidecar puller.
The model “V” turned out 27hp, the “VL” was good for 30hp and it was the top of the line for Harley-Davidson customers in the early 30s. In 1933 the VLD was brought out with Linkert carburettor.
The power output of this model was 36hp @ 4500 rpm.
There were not many new technical features for the 1934 model year: the cylinders were modified and new tank graphics with “Flying Diamond” design were introduced.
The new “Airflow” tail lamp was fitted and 1934 would be the only year of the upswept “Hi Flo” tailpipe, which is not fitted to this machine, possibly because it was not such a practical novelty…This sturdy VLD is an older restoration that is in good overall condition.
She comes with crash bars and current registration.