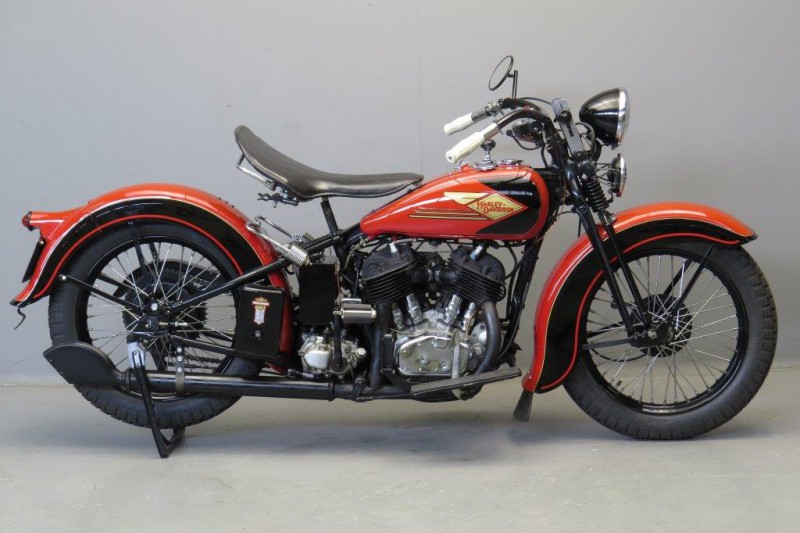 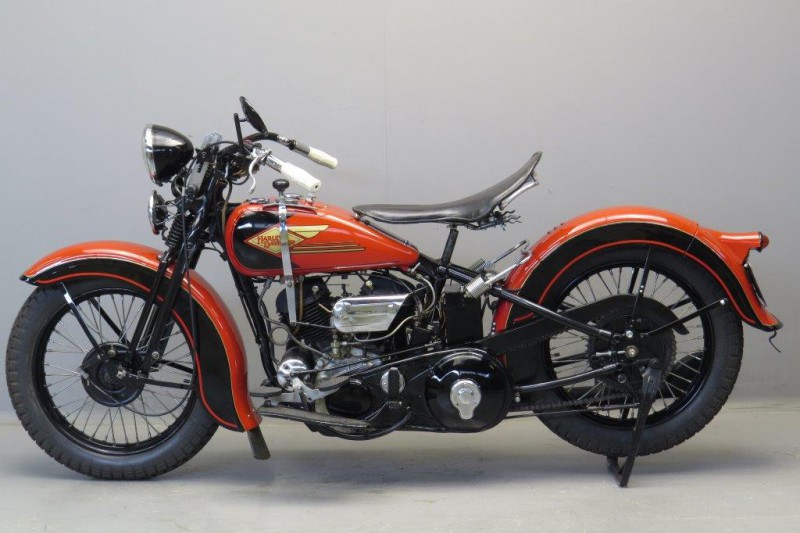 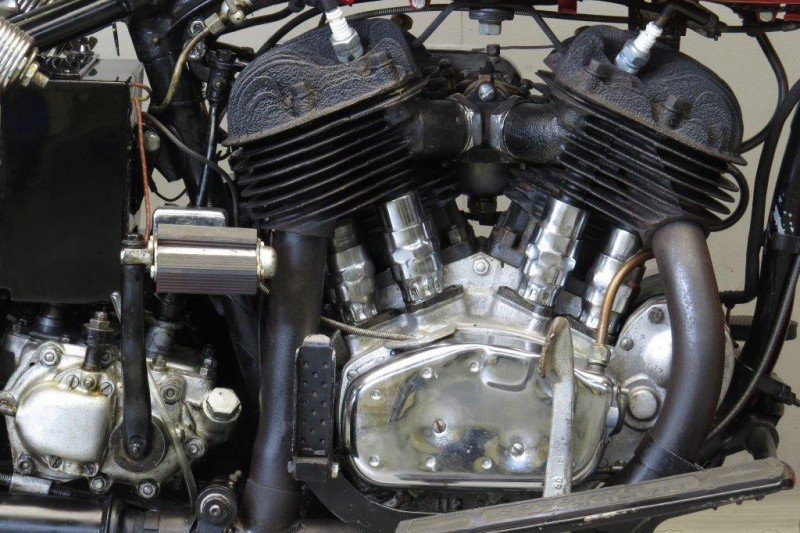 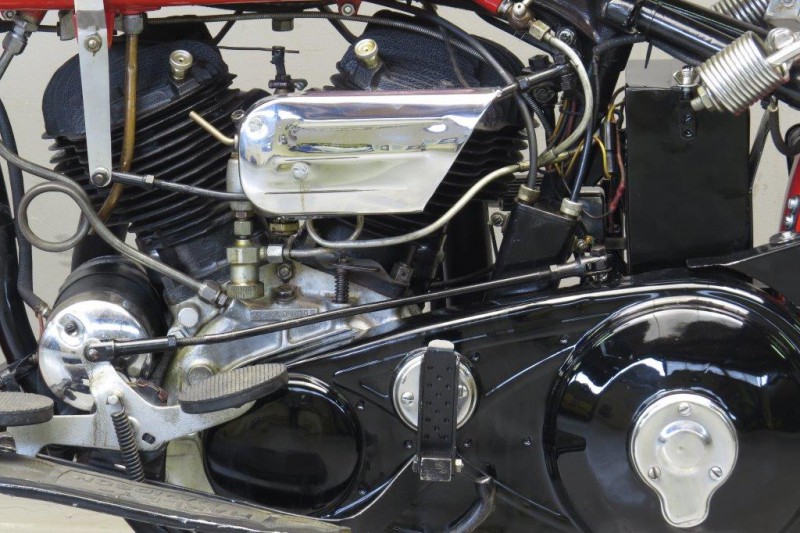 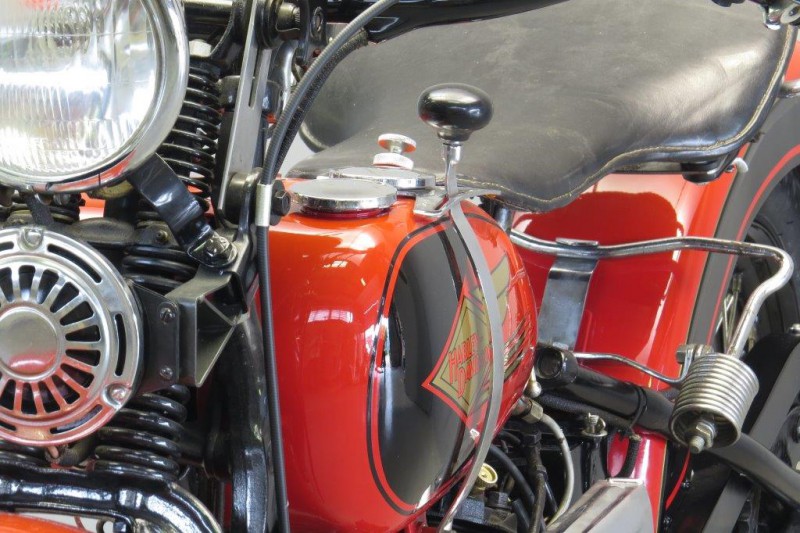 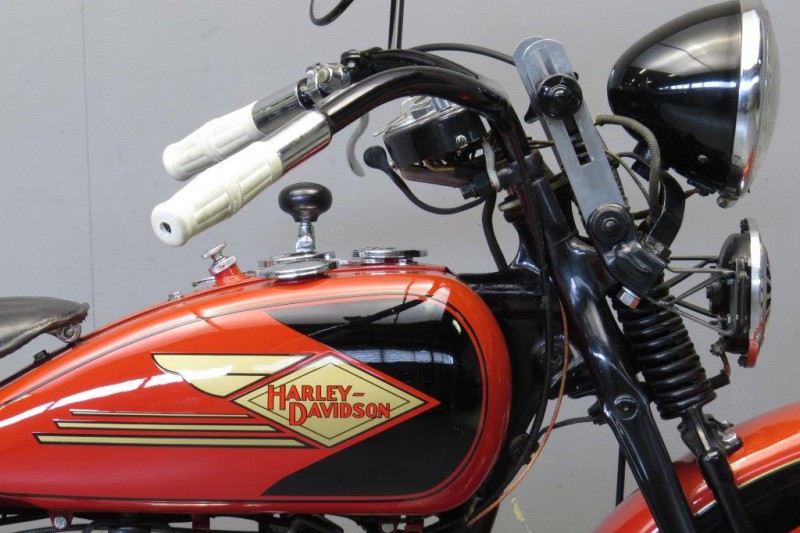 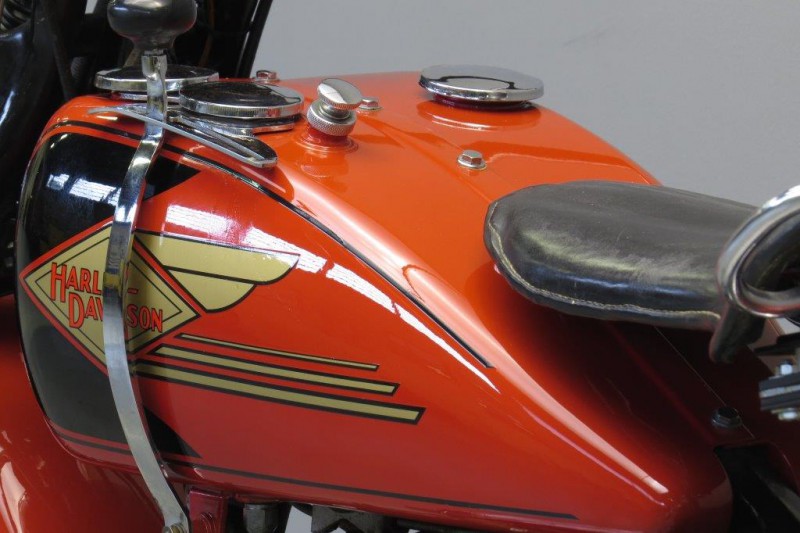 The ‘flat head’ (sidevalve) Harley-Davidson VL ‘Big Twin’ was announced in July 1929 as a replacement for the inlet-over-exhaust ‘pocket valve’ twins that had been in production since 1911.
The twin headlamps, round toolbox and Klaxon horn were carried over from its immediate predecessor, but nearly all of the rest of the bike was new.
Harley’s 1930 brochure described the new 74ci machine as ‘standing head and shoulders above all comers, with such startling new features as a 20% more powerful motor with Ricardo removable heads, interchangeable wheels, bigger tires, drop-centre rims, lower riding position, greater road clearance, automatic increase of generator output, drop forged forks, 100% stronger frame, theft proof lock, dual front drive chain, improved clutch, and many other features making the 1930 Big Twin the greatest motorcycle value ever offered.’

Despite its maker’s evident enthusiasm, the model V was far from an instant success.
More massively built and heavier than its predecessor, the V lacked top-end power to such an extent that the first examples were recalled for an extensive engine redesign.
A larger crankcase accommodating heavier flywheels did the trick and, its problems solved, the 74ci ‘flat head’ went on to win the hearts of Harley enthusiasts everywhere.
This example’s ‘VLD’ nomenclature indicates a generator-equipped model fitted with high-compression pistons. |
This nicely restored machine is presented in "China Red" with Black.