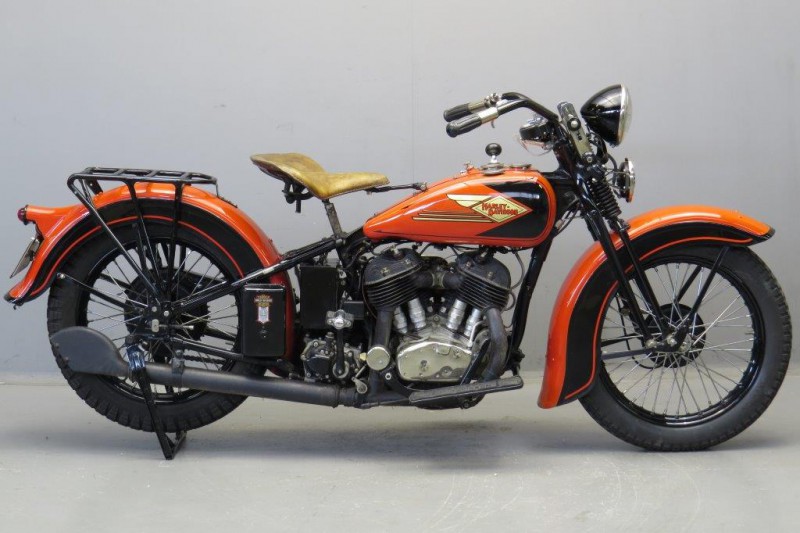 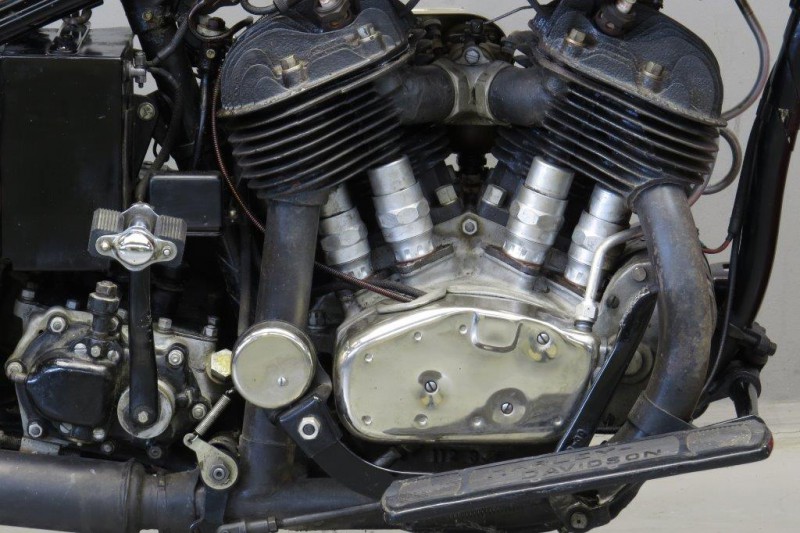 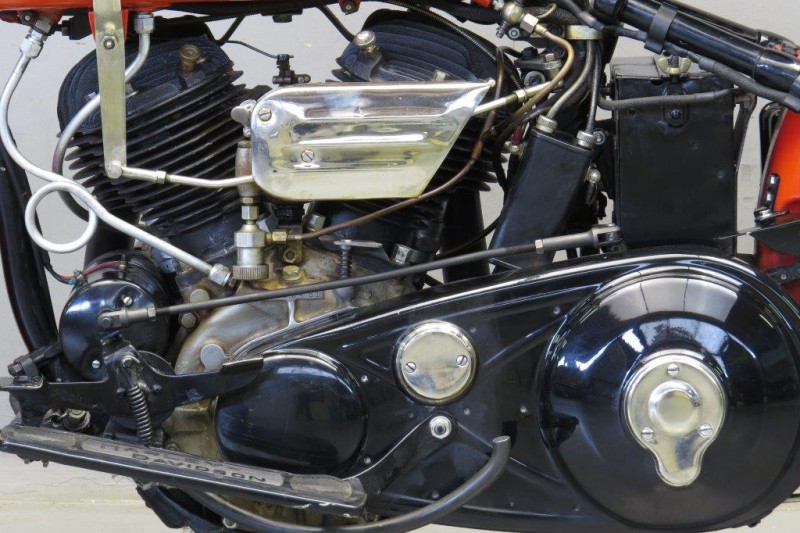 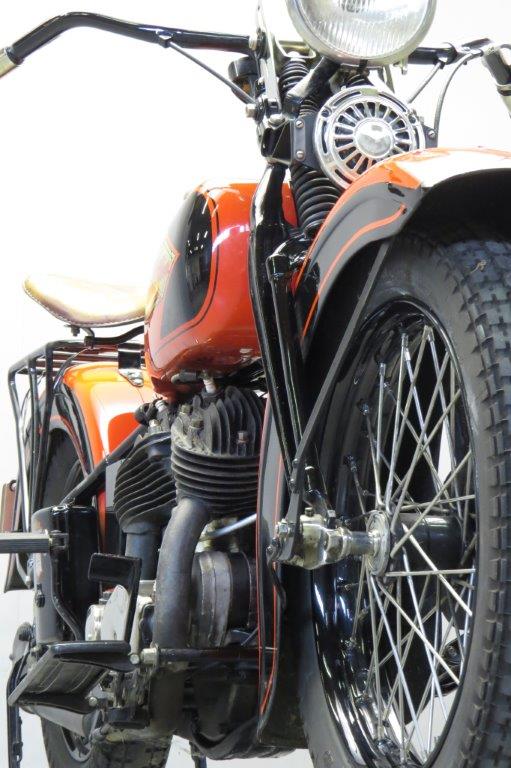 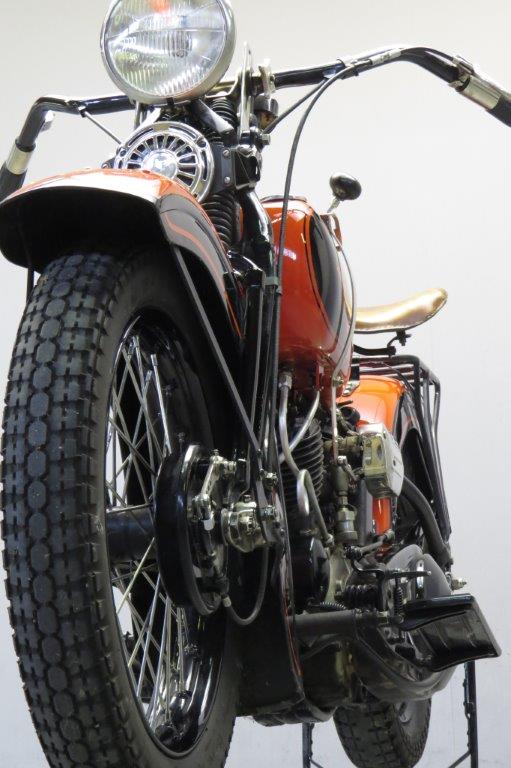 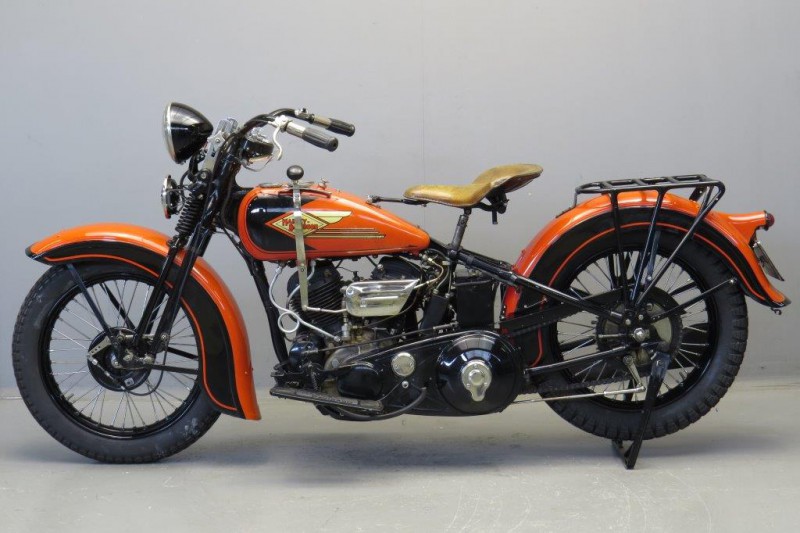 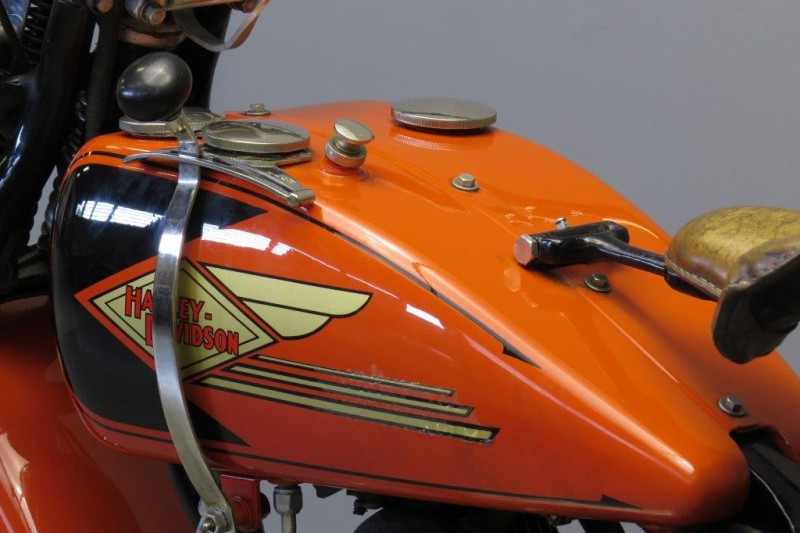 In 1930 the Model “V” came on the market to replace the F-head models J and JD.
In the beginning there were serious problems with the design but once these were ironed out the new model gained a good reputation both as a solo mount and as a sidecar puller.
The “V” range was produced from 1930 till 1936 in capacities of 1217 and 1293 cc and the machines were available with many specification details.
The model “VD” was a medium compression model ( ratio 4.0:1) and it had a power output of 28 HP @ 4,000 rpm.
Maximum speed was some 125 km/hour. Some of the new features for the 1935 model year were the new toolbox position at the rear right hand side of the frame and the large fishtail exhaust silencer.
There was also a new range of two-tone colour schemes to choose from for this year.
Not more than 585 VDs were produced in 1935.
( Source: Matthias Gerst)
This elegant, indestructible giant has been restored and is a healthy runner.