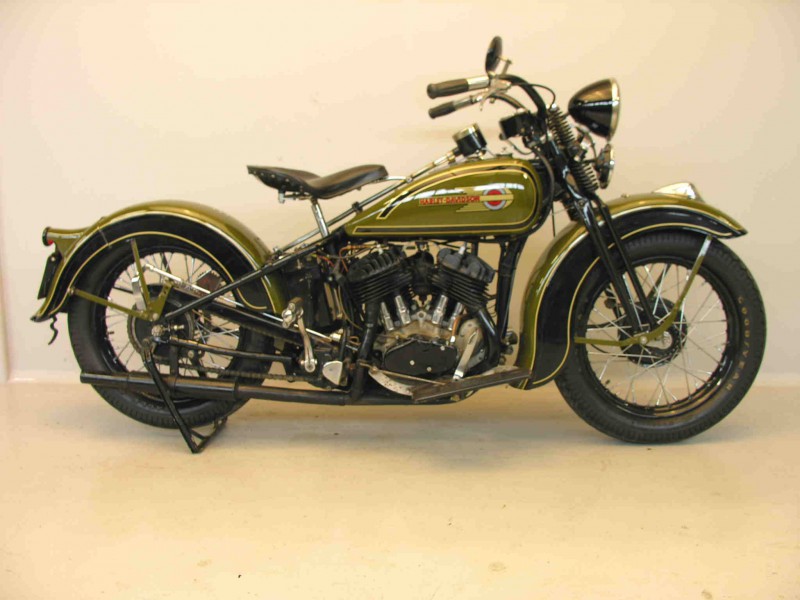 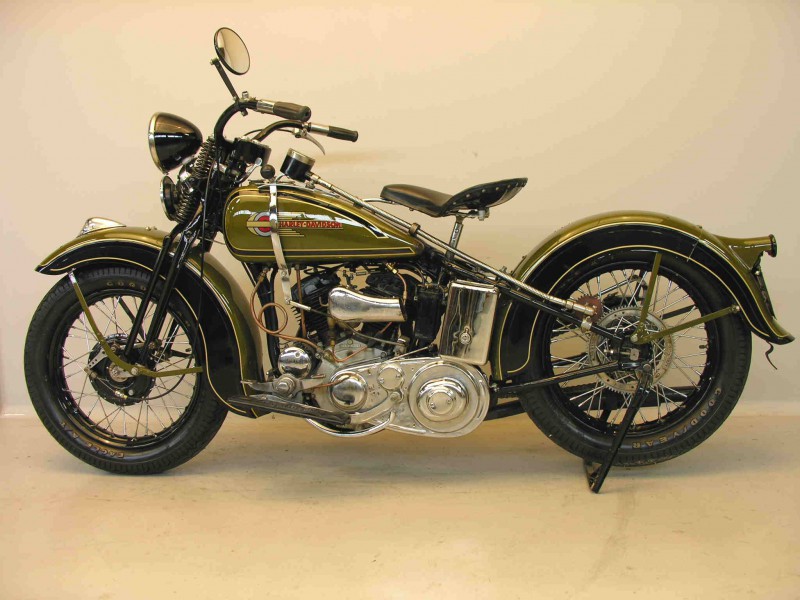 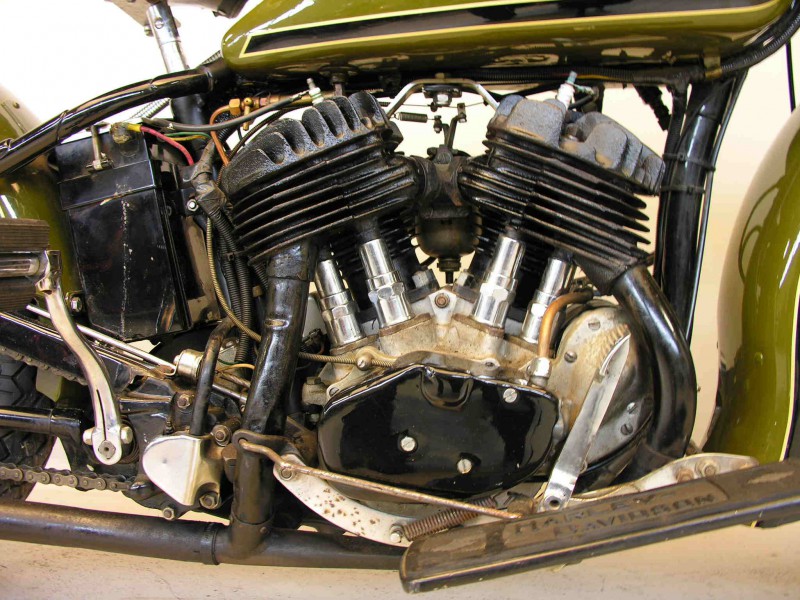 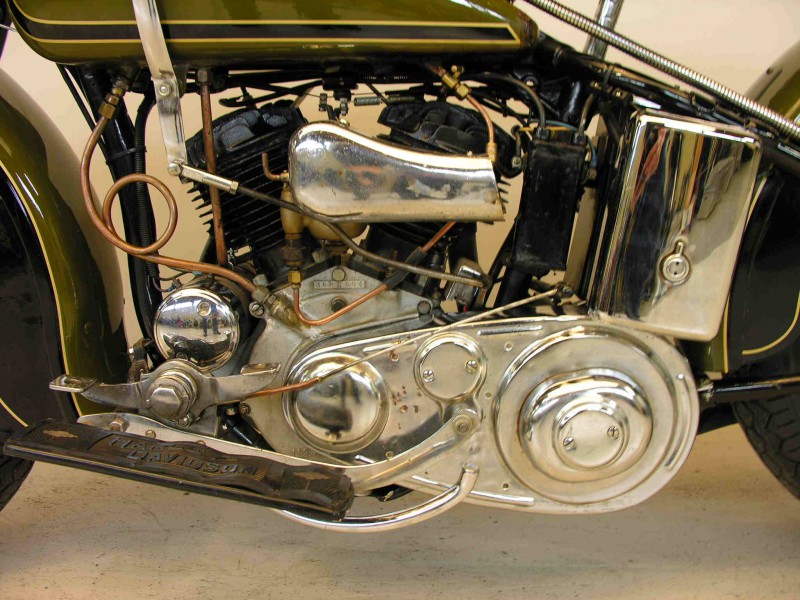 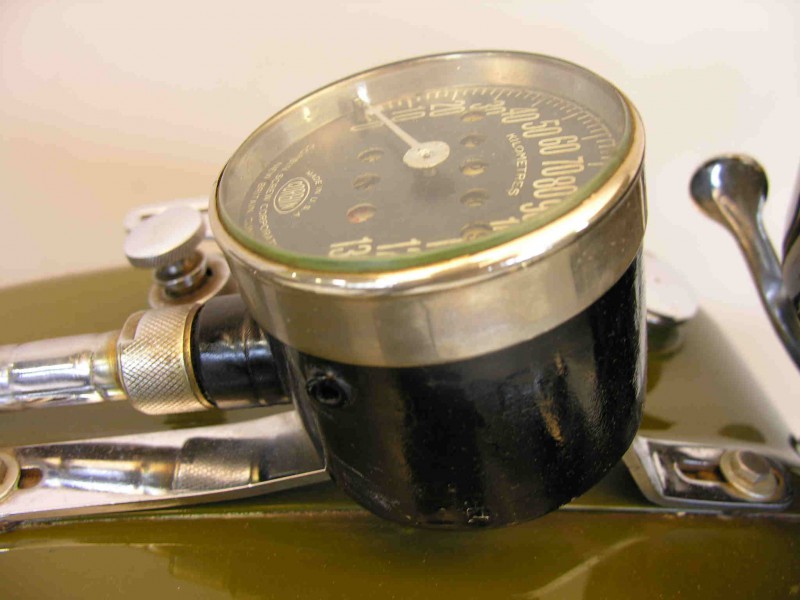 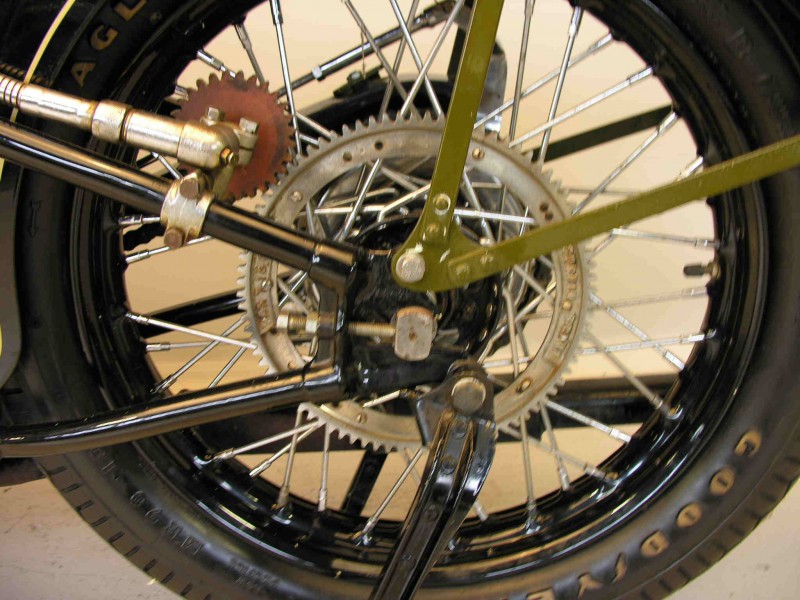 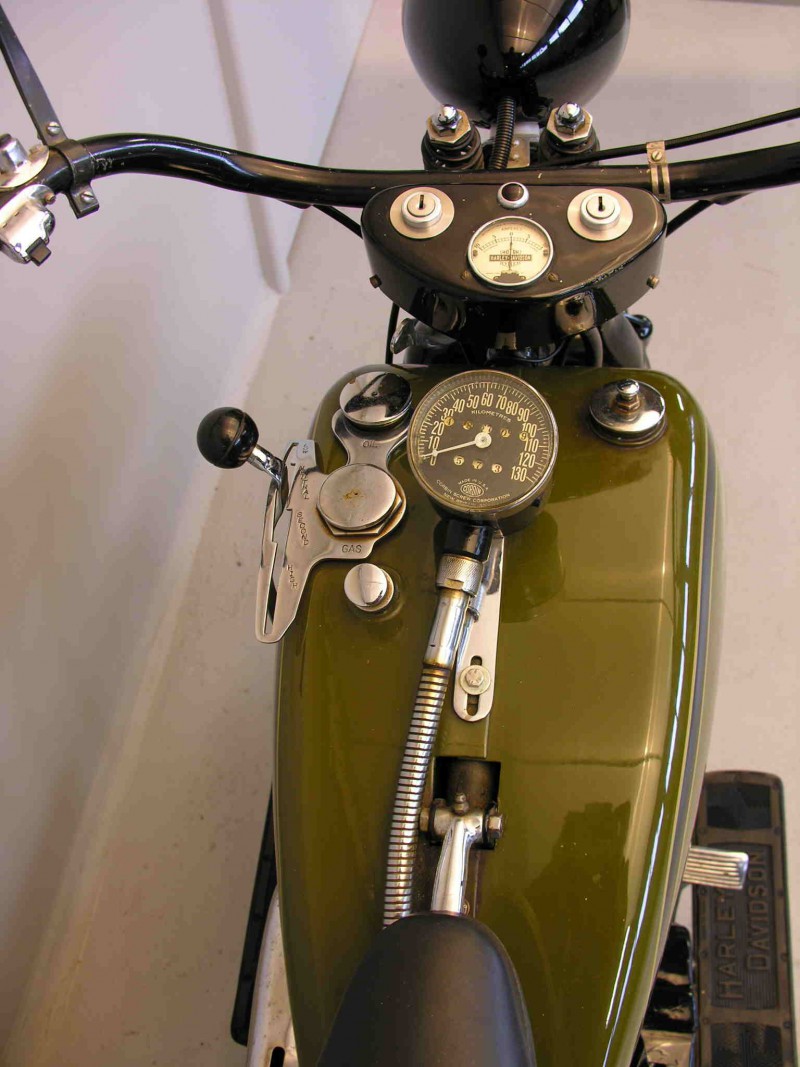 The company introduced the side valve concept for the V-twins for the 1929 model year when the 45 ci model D was introduced.
A year later the F head big twin was replaced by the side valve 74 ci  model V.
During the thirties the 1200 cc models were generally better sold than the 750 cc machines: the latter did better in the export markets.
To give some idea of the popularity of the various HD types in 1936: the 750 cc models found about 2,000 buyers, the new OHV  model some 1,700 and of  the 1200cc  and 1300 cc  “ V” models  some 3,500 machines were produced.
Some new features for the 1936 model R were: deep finned cylinders and heads, redesigned combustion chambers , Y-type intake manifold and a spring shield for the fork springs.
The machine is in near concourse condition but some finishing of cables etc. is required.