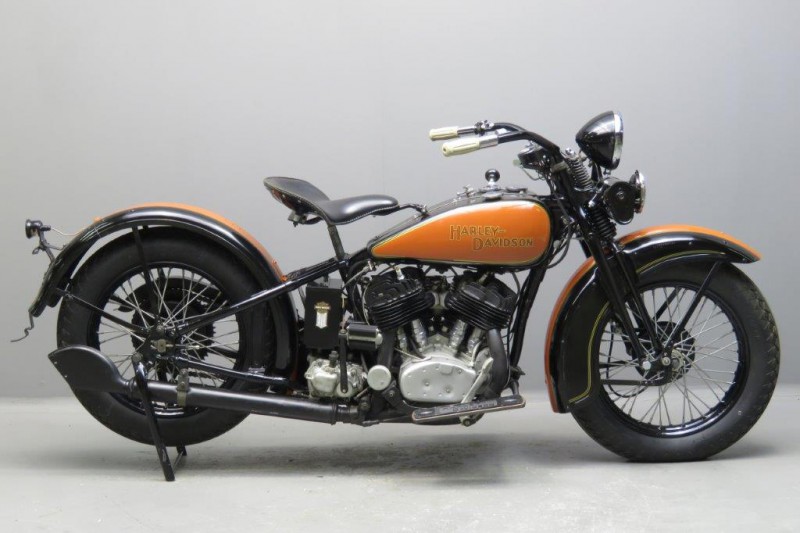 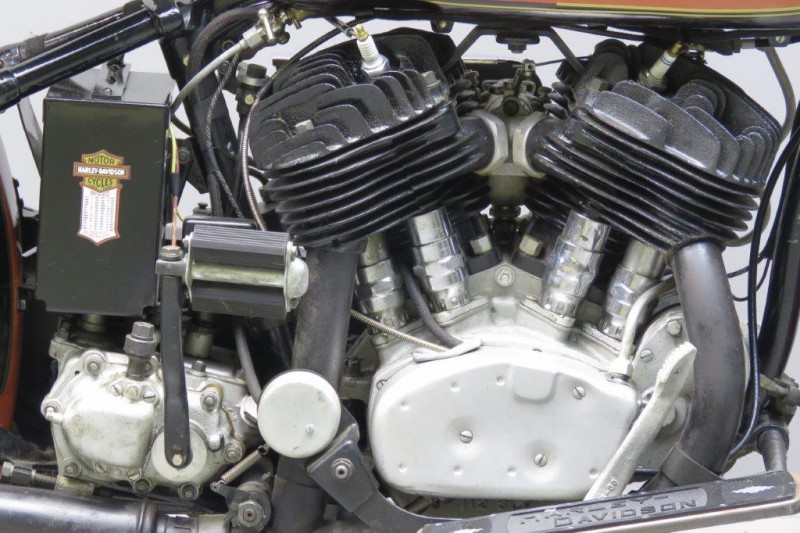 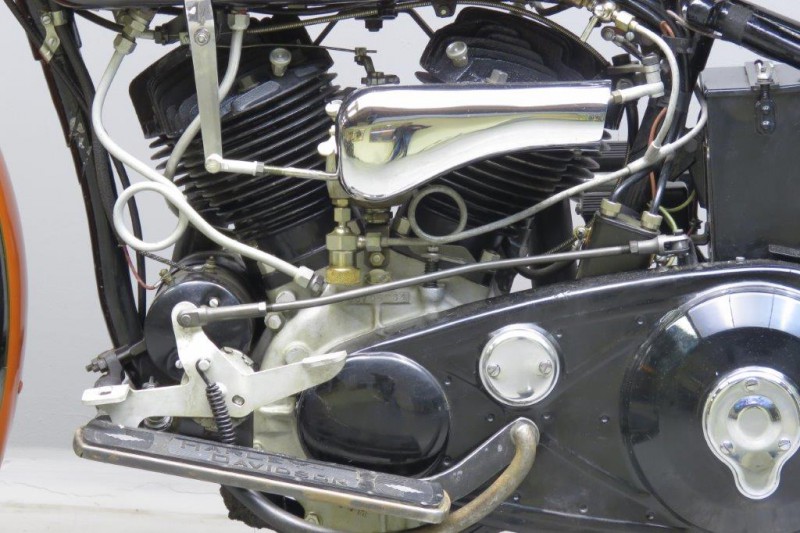 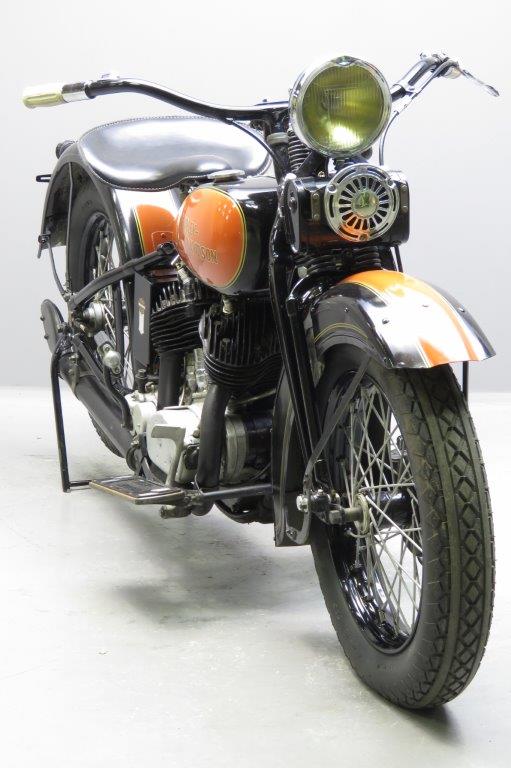 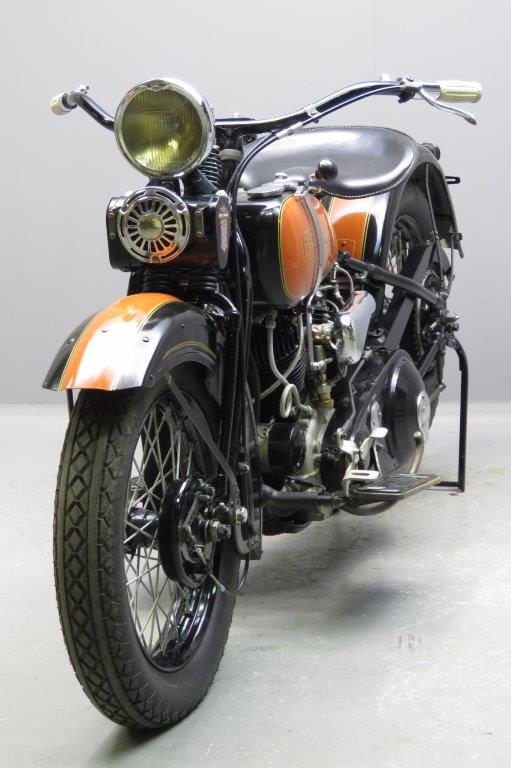 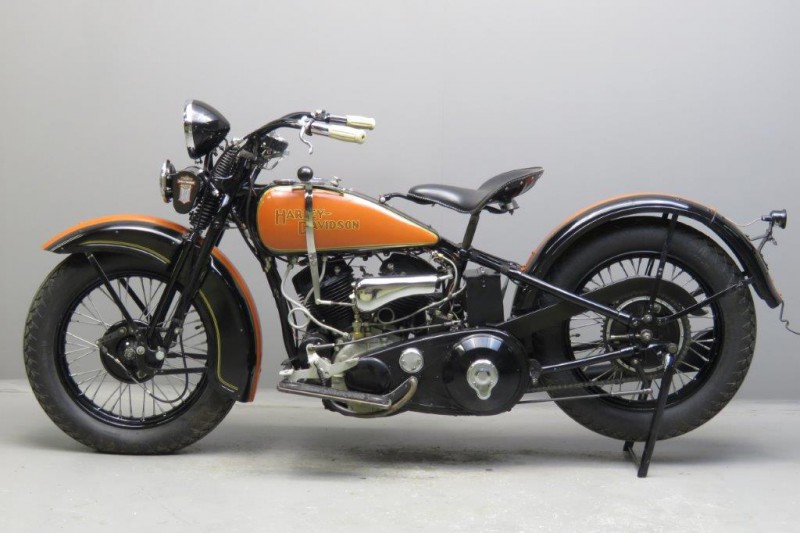 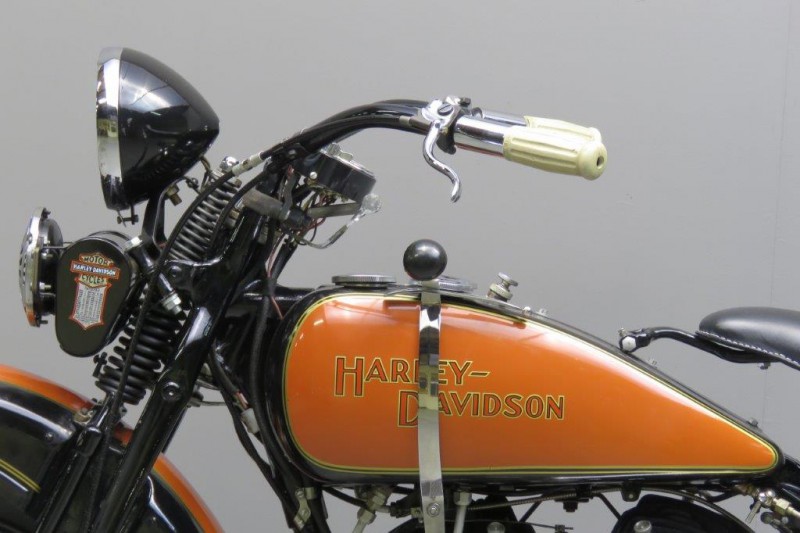 In 1930 the Model “V” came on the market to replace the F-head models J and JD.
In the beginning there were serious problems with the design but once these were ironed out the new model gained a good reputation both as a solo mount and as a sidecar puller.
The “V” range was produced  from 1930 till 1936 in capacities of  1217 and 1293 cc and the machines were available with many specification details.

Some of the  new features for the  1936 model year were cylinders & heads with nineholdingdown studs instead of seven, reworked combustion chambers and deeper cooling fins.

This machine is an older restoration and is a bit of a  celebrity: it featured in the 2016 History Channel series “Harley and the Davidsons”.