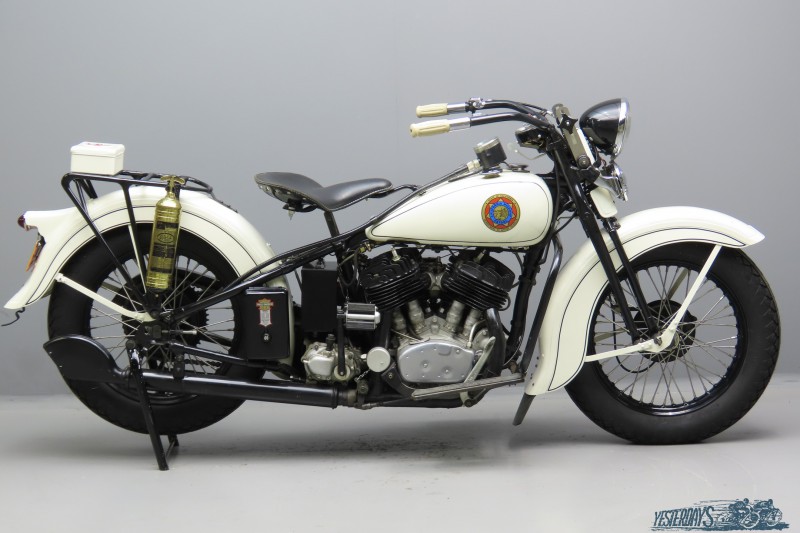 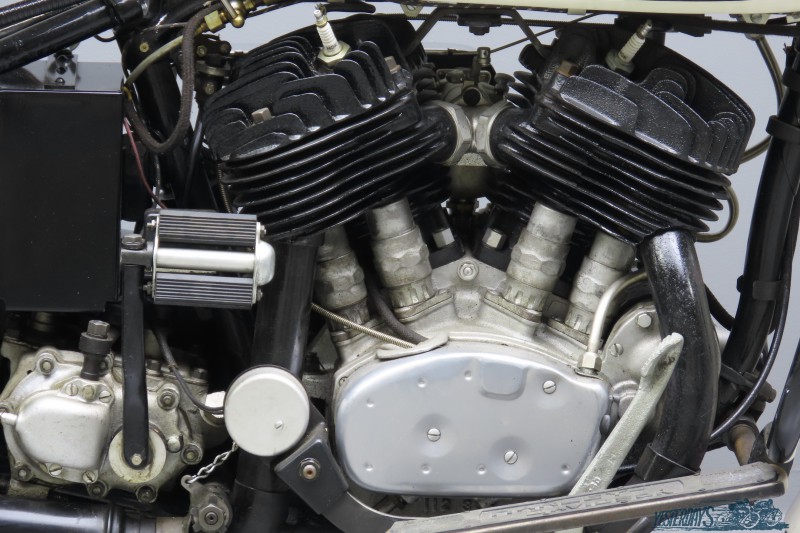 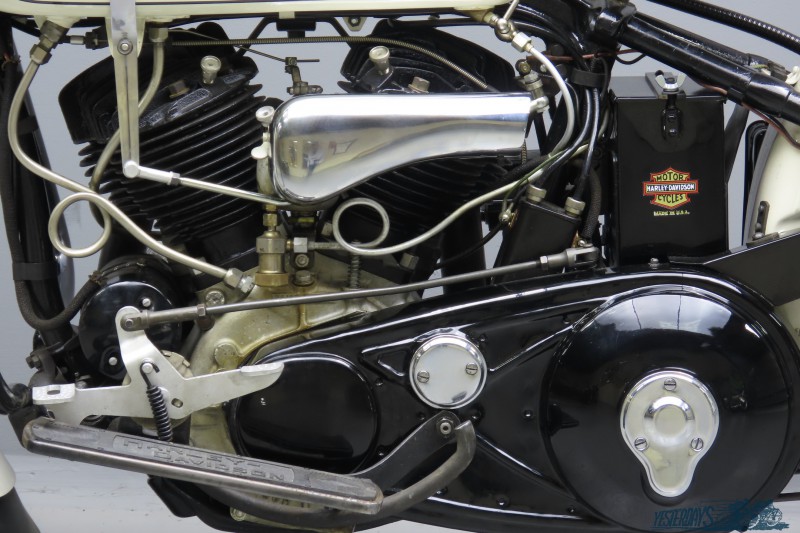 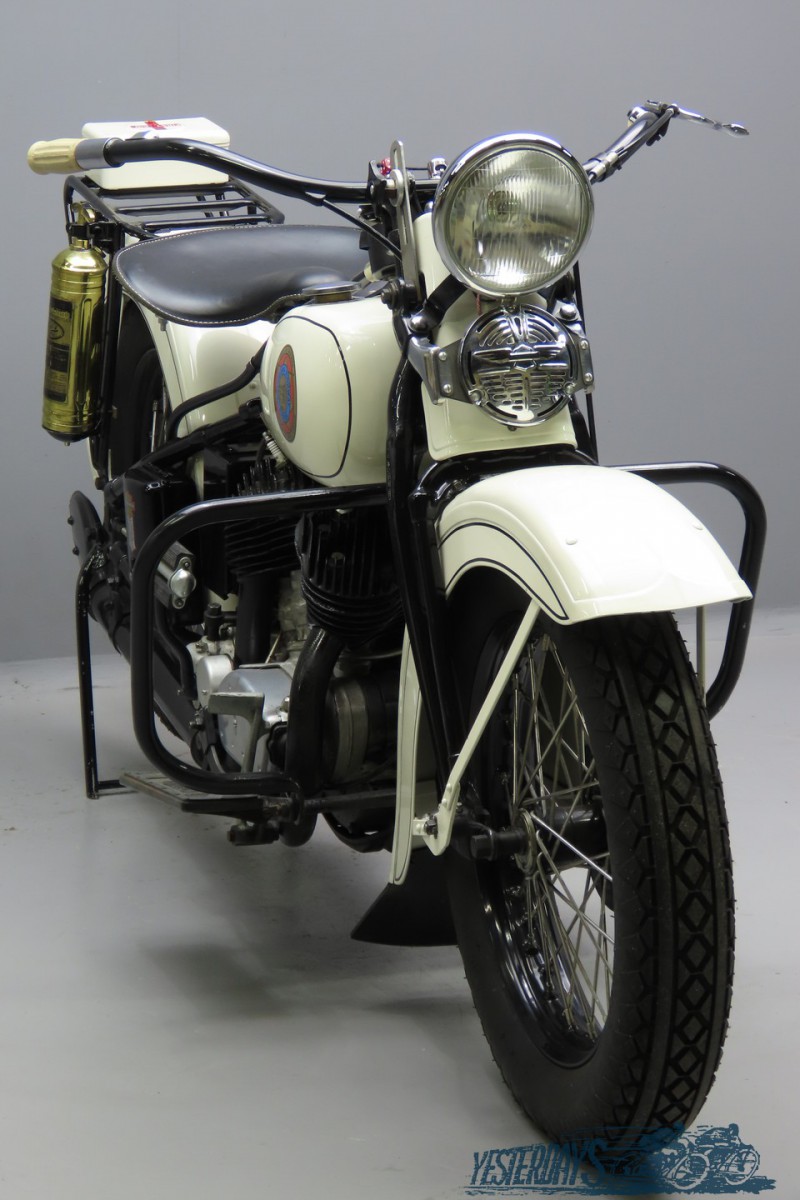 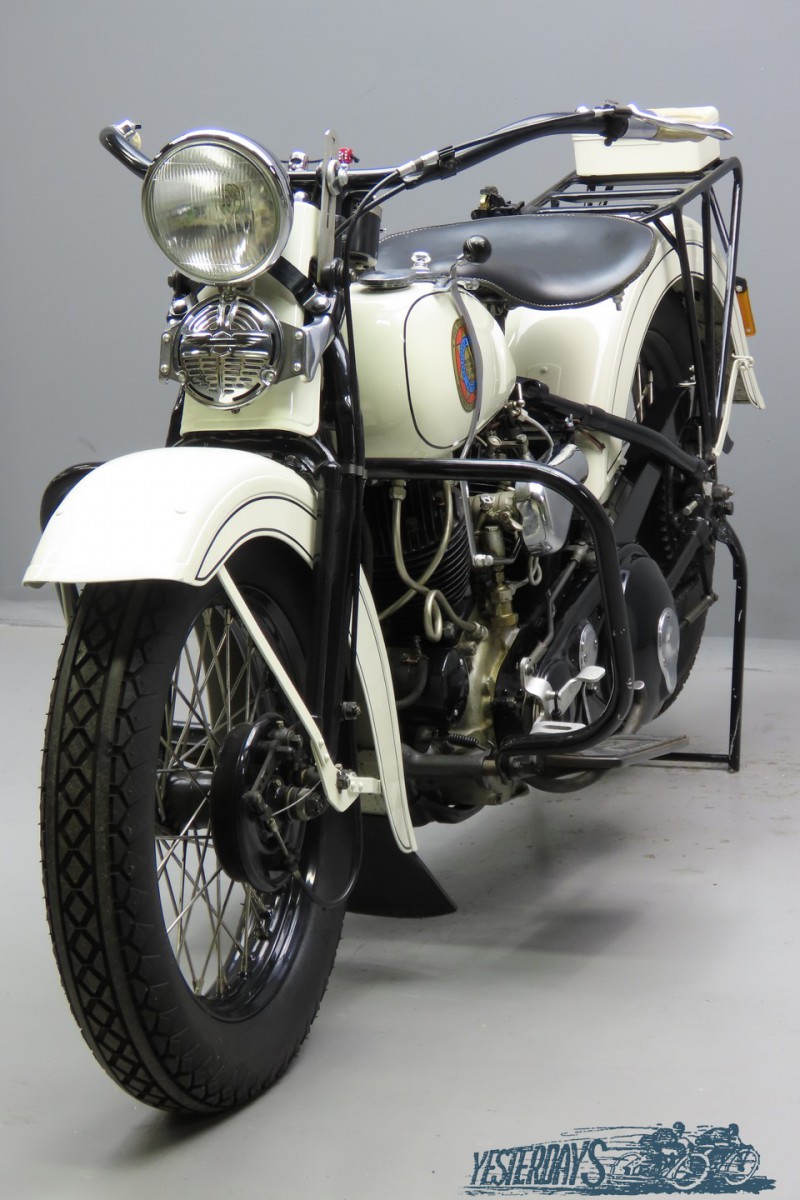 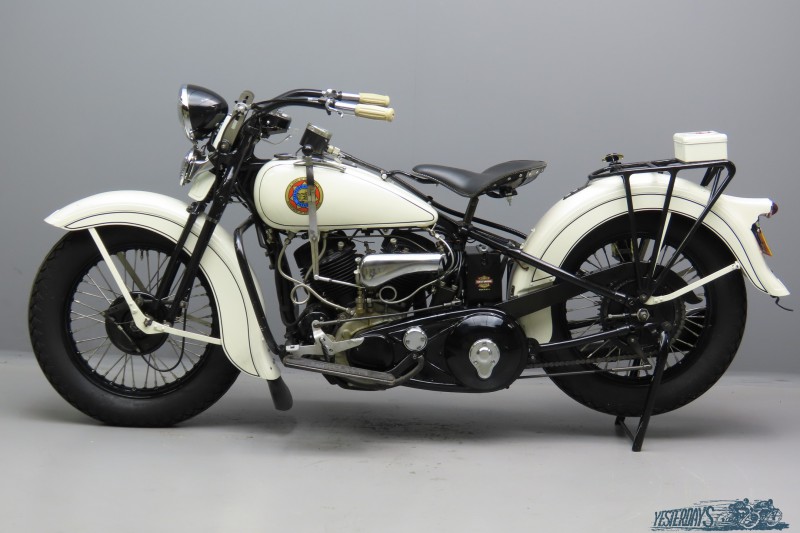 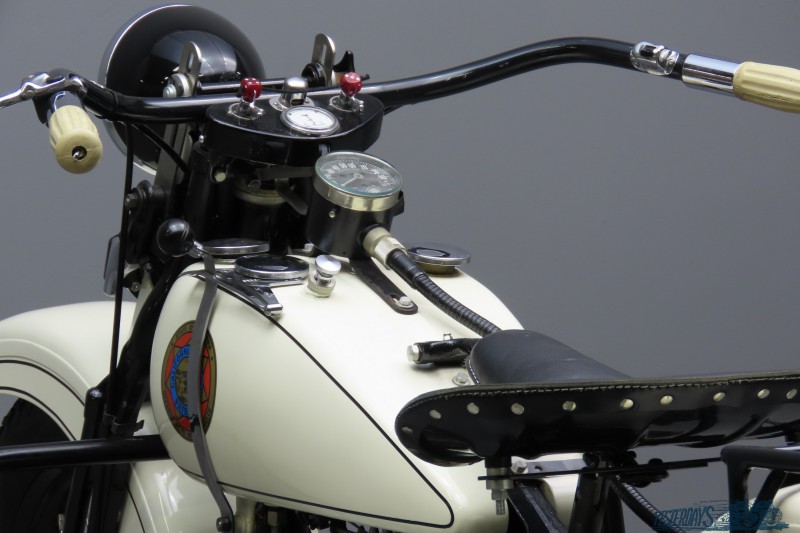 In 1930 the Model “V” came on the market to replace the F-head models J and JD.
In the beginning there were serious problems with the design but once these were ironed out the new model gained a good reputation both as a solo mount and as a sidecar puller.
The “V” range was produced from 1930 till 1936 in capacities of 1217 and 1293cc and the machines were available with many specification details.
The “VL” was a high compression model.
Some of the new features for the 1936 model year were cylinders & heads with nine holding down studs instead of seven, reworked combustion chambers and deeper cooling fins.
This machine has been restored to a high standard: she was judged at a 2018 AMCA National Meet and scored 97 out of 100 points.
This VL has the police-specifications of a California Highway Patrol machine, complete with Corbin speedometer, “Pyrene” fire extinguisher and first aid kit on the rear carrier.