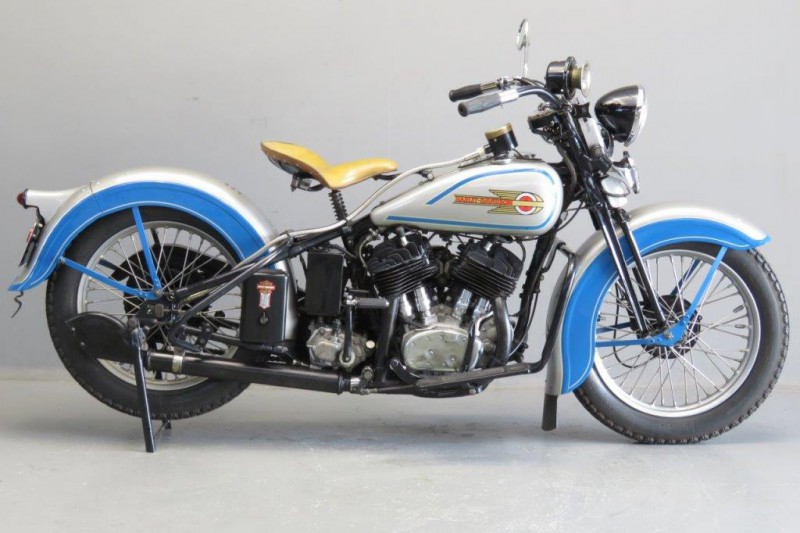 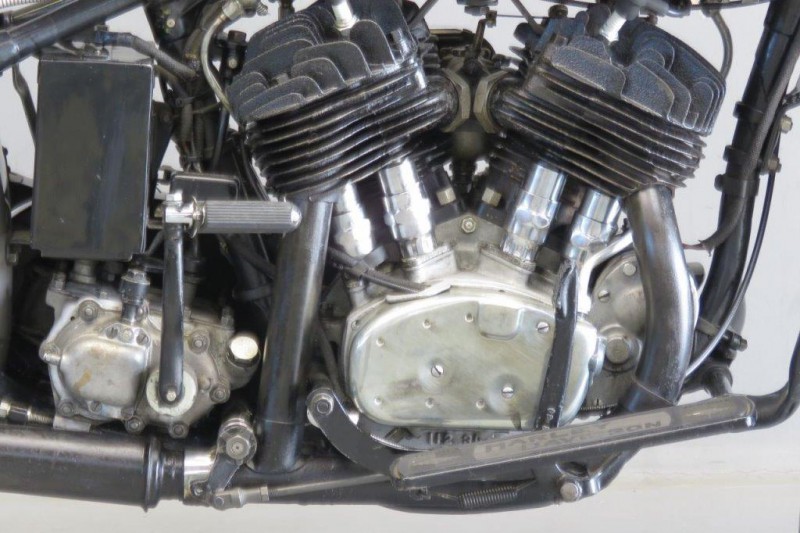 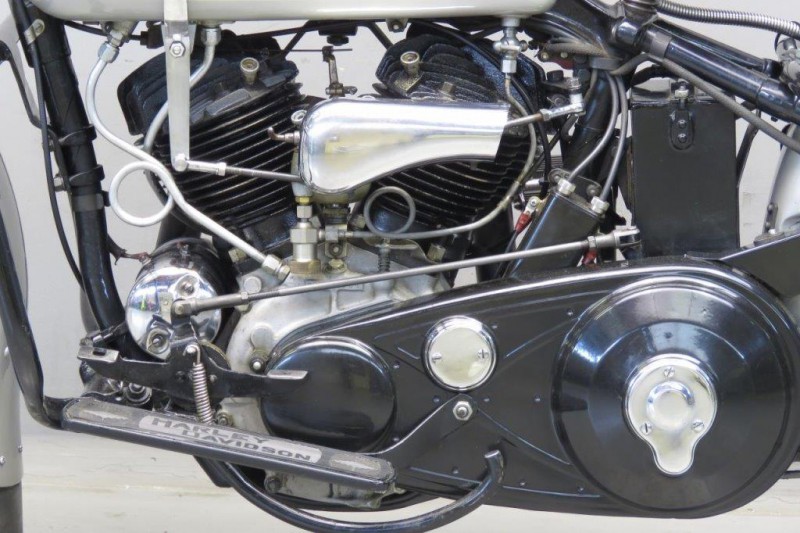 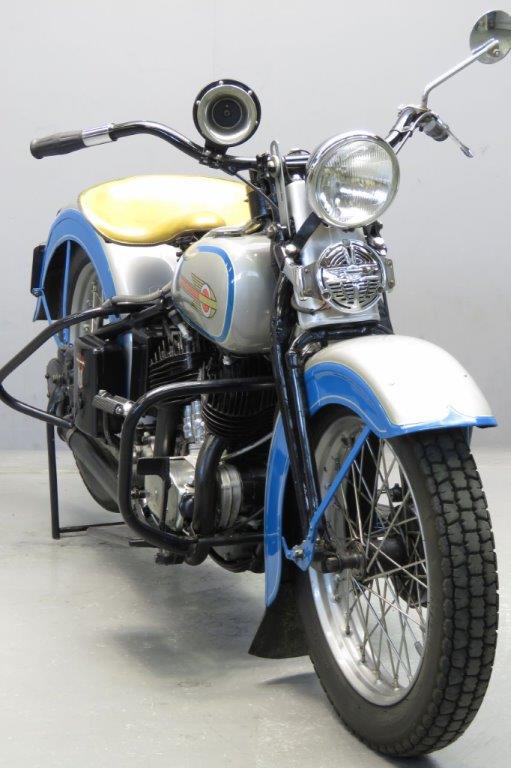 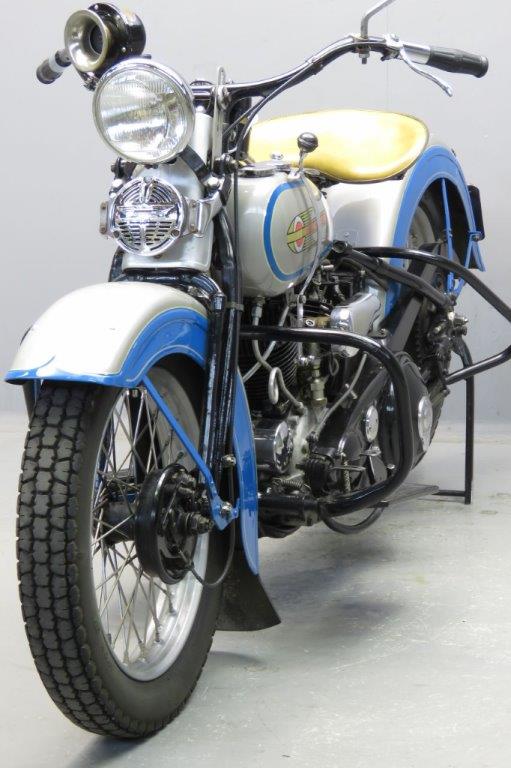 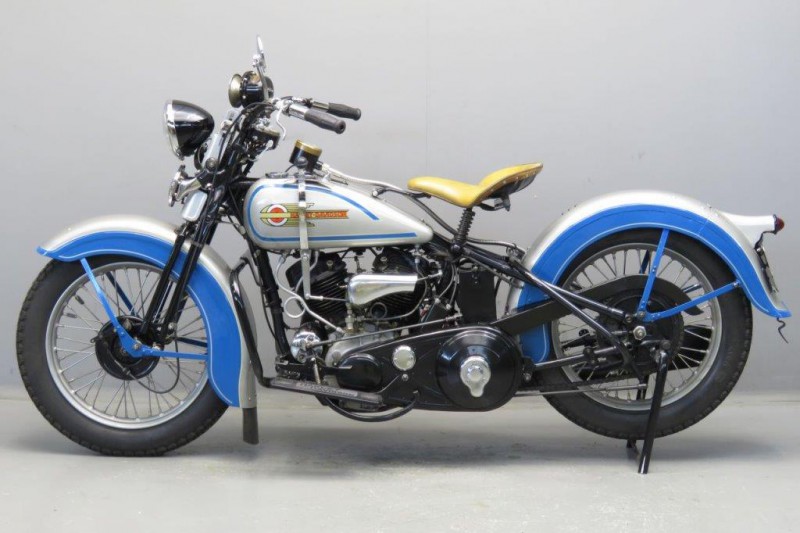 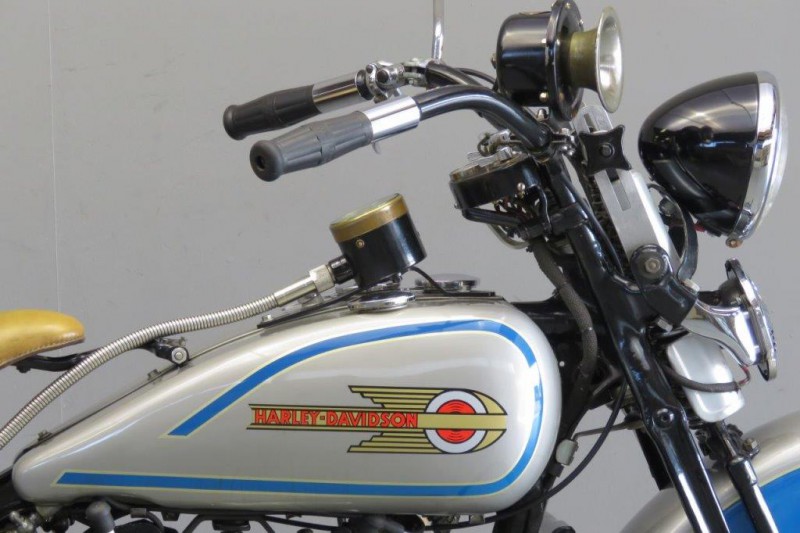 In 1930 the Model “V” came on the market to replace the F-head models J and JD. In the beginning there were serious problems with the design but once these were ironed out the new model gained a good reputation both as a solo mount and as a sidecar puller.
The model “V” was a medium compression model, the “VL” was its high-compression brother, designed for sidecar and package truck use.
The “VL”  produced some 30 HP and it   was the top of the line for Harley-Davidson customers in the early 30s. In 1933 the VLD was brought out with Linkert carburettor.
The  power output of  this model was 36 HP @ 4500 rpm. Some of the  new features for the  1936 model year were cylinders & heads with nine holding down studs instead of seven, reworked combustion chambers and deeper cooling fins.
This machine has been restored to a fine standard.
In the mid-thirties Harley had begun modernising the finish of their machines: in 1934 new tank graphics – the flying diamond design  – had been introduced and from 1935 on a range of two-tone colour schemes was made available.
A smart move, this gave the Harley  a clear advantage over the more conservative-looking Indian.  The machine we offer here is finished in the  sparkling Venetian Blue/Silver  combination that was available for 1935 and 1936 models.
The owner informs us that the engine capacity is 1217 cc,  in spite of the VLH designation on the crankcases.
This sturdy Harley has been restored some time ago and is in fine shape.
It is fitted with “Seiss “ hand operated horn and Corbin speedometer.