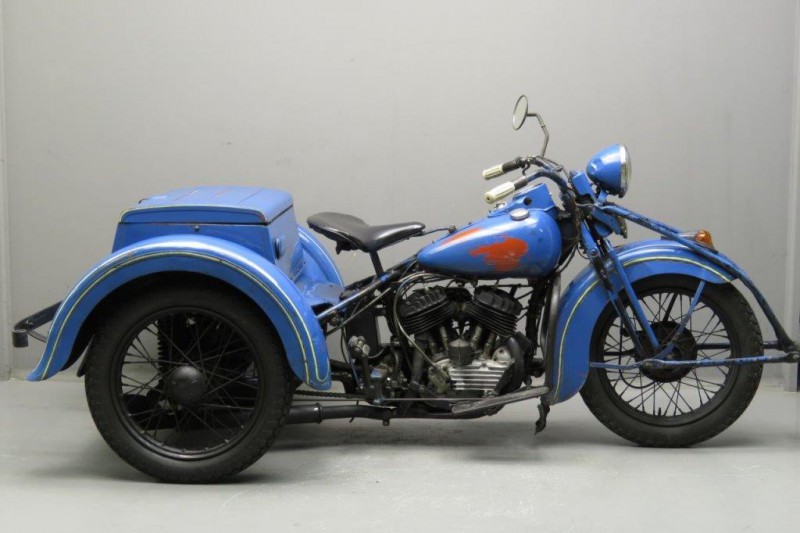 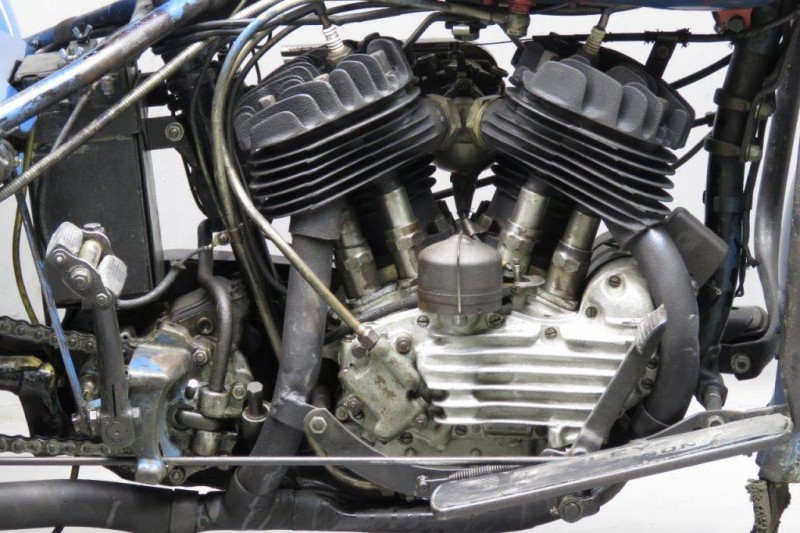 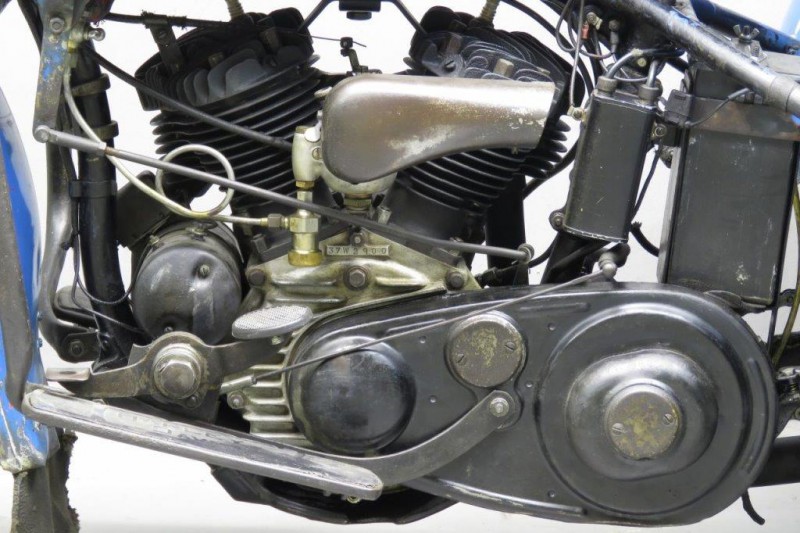 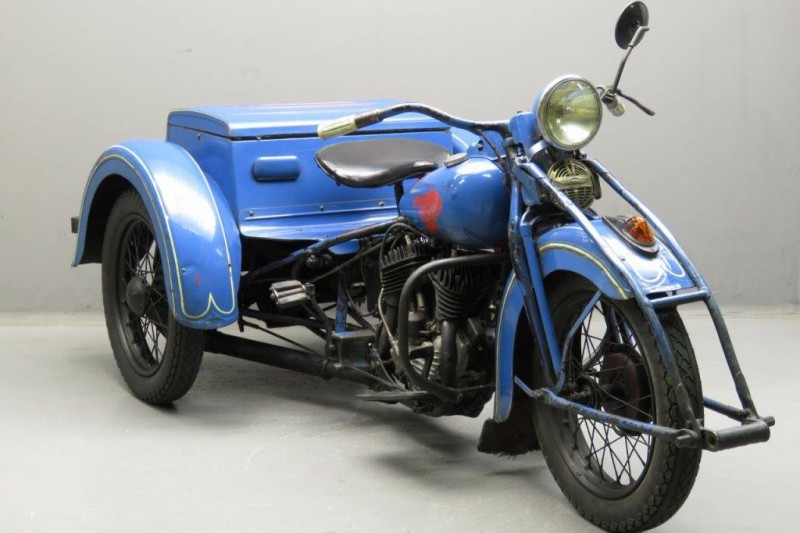 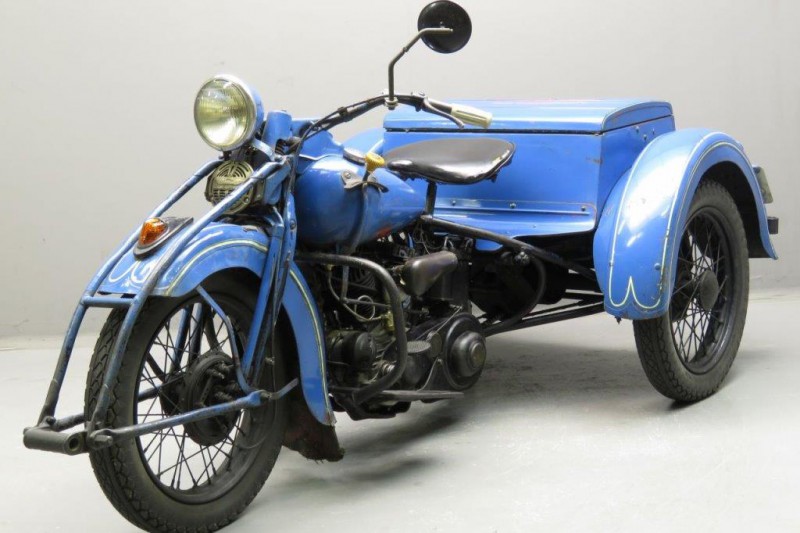 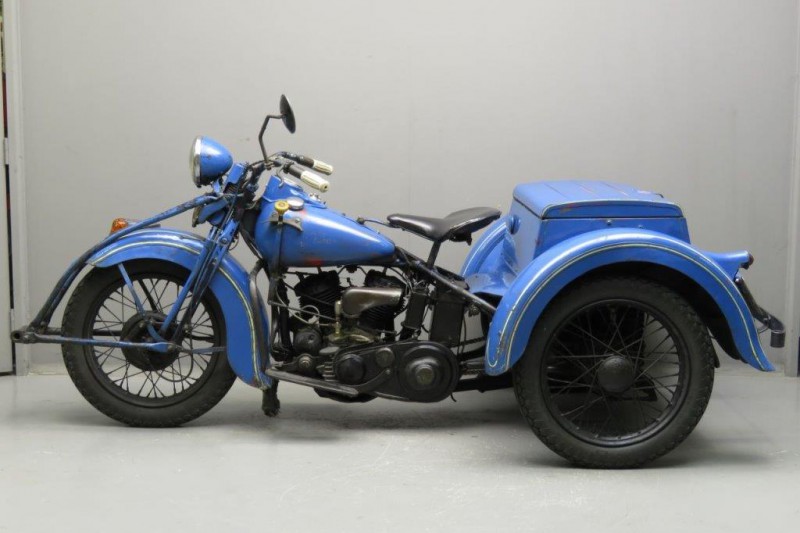 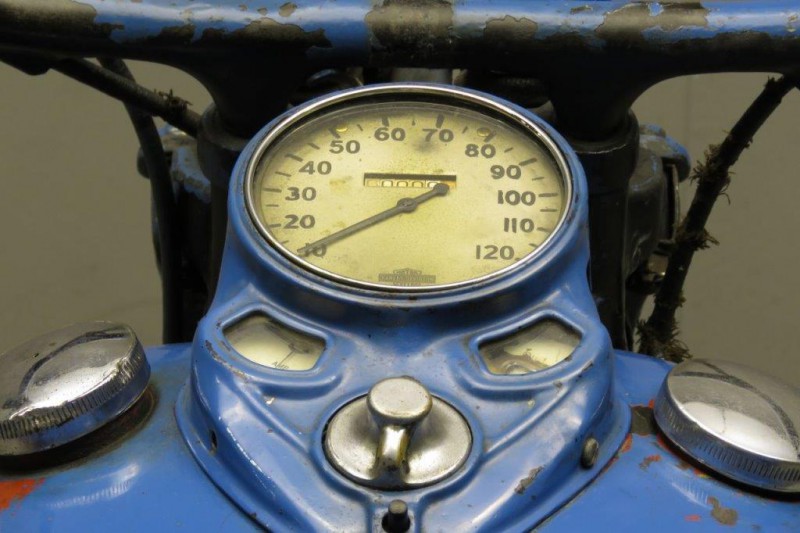 The  Indian Dispatch-Tow was first brought out in 1931 as a vehicle specially designed for use by automobile dealers.
At that time cars needed more  frequent garage maintenance           (lubrication and running adjustments) and  two men were usually needed to pick up a car at a customer’s home.
The Dispatch-Tow was equipped with a tow bar.
After arriving at the customer’s home the mechanic would connect the three-wheeler to the rear of the car and tow it back to the garage and vice versa when the car was ready.
It was quite a successful design and in its first year on the market nearly 400 were sold.
Harley –Davidson  had also been contemplating a similar device  and one year later the company brought out the Servi-car.
This design would outlive the Indian DT by many years: it was produced till 1973.
A smart design point  was that the rear axle had a track of  42 “ (1100 mm) which was similar to that of most cars of the time.
On unmade roads and snow tracks the Servi-Car  could use automobile-made tracks.
In addition to its intended use for car delivery and retrieval, the Servi-Car was also popular as a utility vehicle for small businesses and mobile vendors.
They proved to be particularly popular with the police departments, some of which still used Servi-Cars into the 1990s.
The Servi-Car used variations  of H-D’s  45 “ (742 cc) side valve engine.
From 1932 to 36  the engine of the “R” was used;  that was changed in 1937  for  the engine used in the” W” model, which differed mainly in having a recirculating oil system instead of the constant-loss system of the “R”.
When the Servi-Car was introduced in 1932, it used the same transmission as the R solo model. This was replaced the next year by a constant-mesh transmission with three speeds and a reverse gear. In 1937, the braking system was upgraded to have a drum brake on each wheel.
This 1937  Servi-Car is in  excellent original condition with a wonderful patina and is ready to be put  to its intended use  again.
| She is  running well  and comes complete with  tow-bar and a pair of leg shields.
She has been repainted from originally red to blue a long time ago and the box still bears the name of the company that formerly used her: Brooklyn Chevrolet,  4343 Pearl Road, Shady 5610 .
Would  they still be in business?