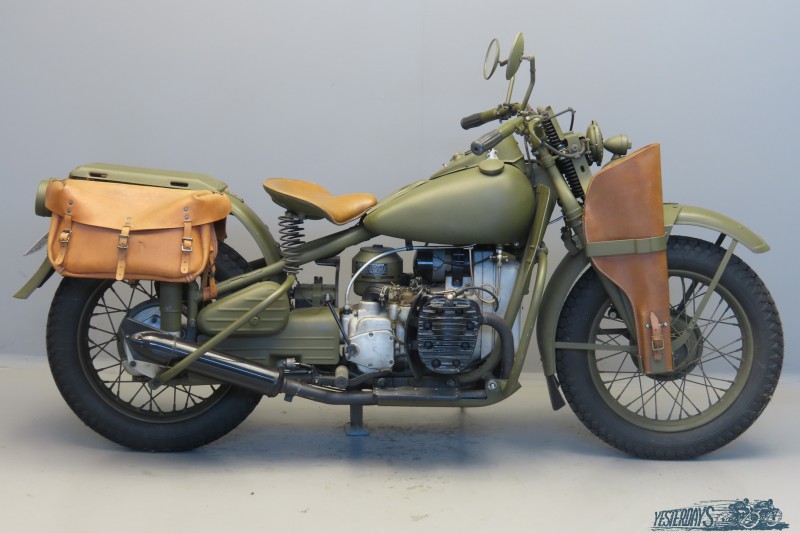 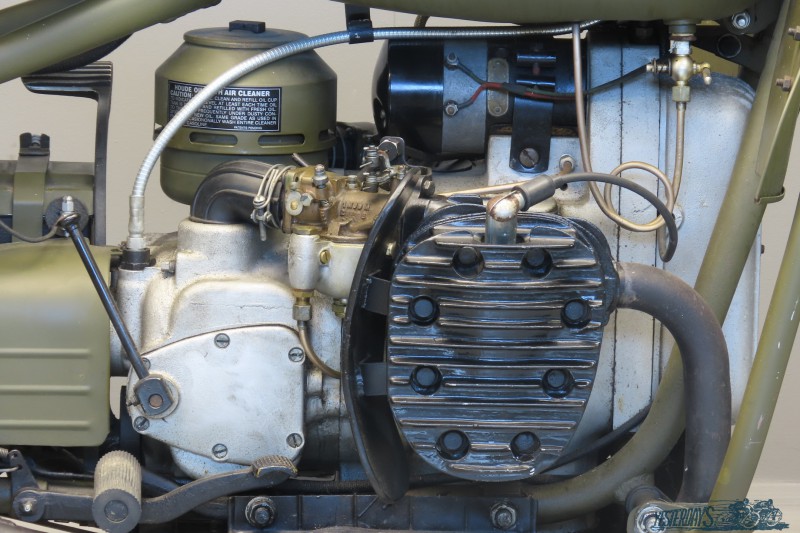 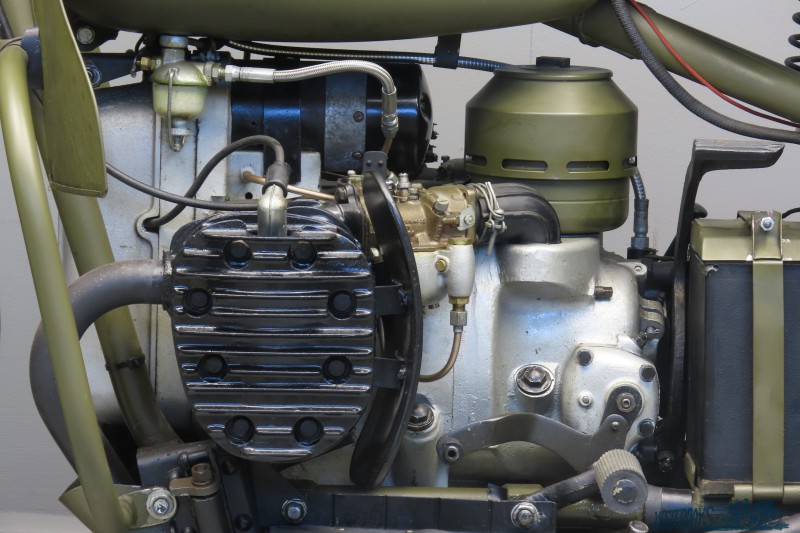 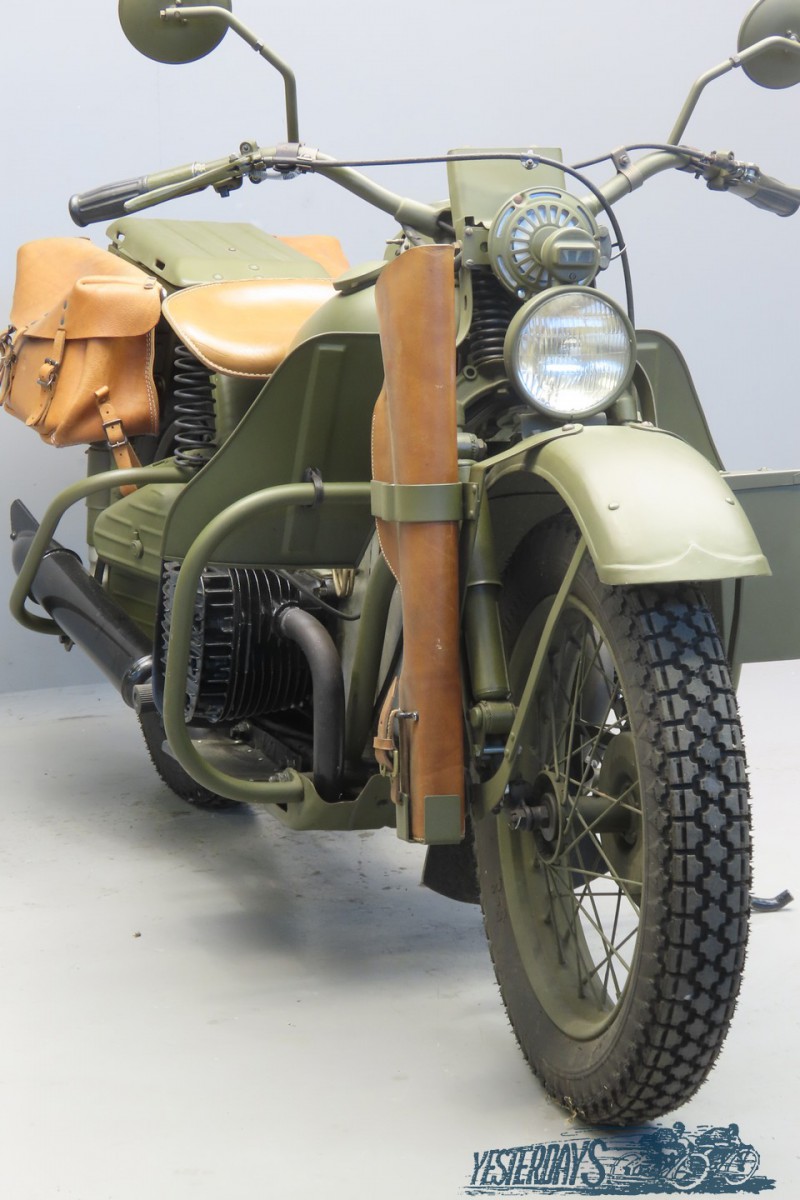 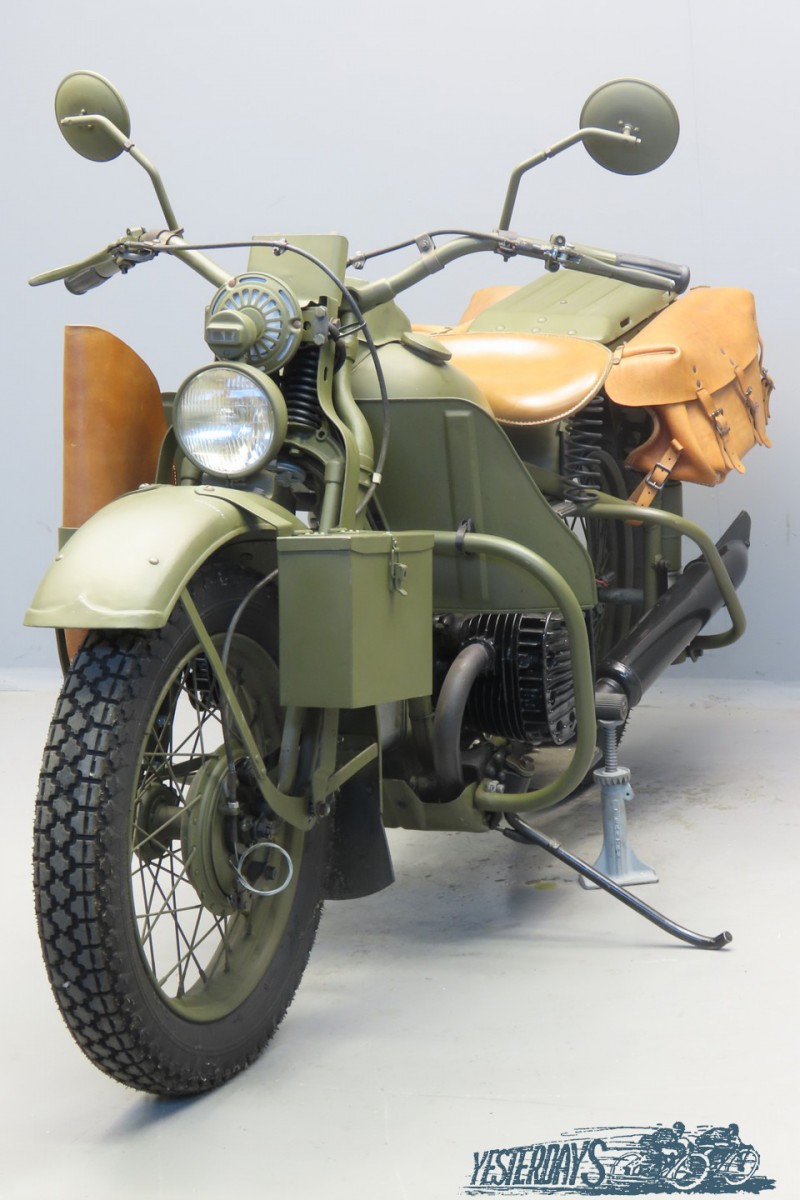 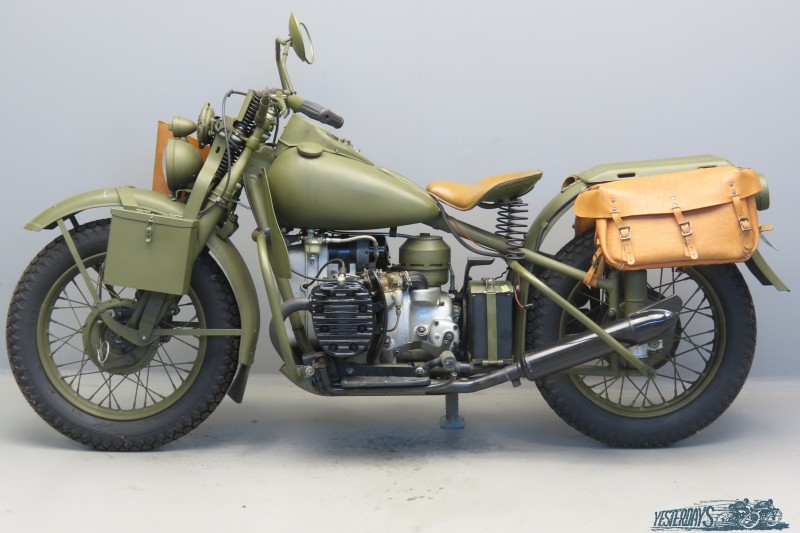 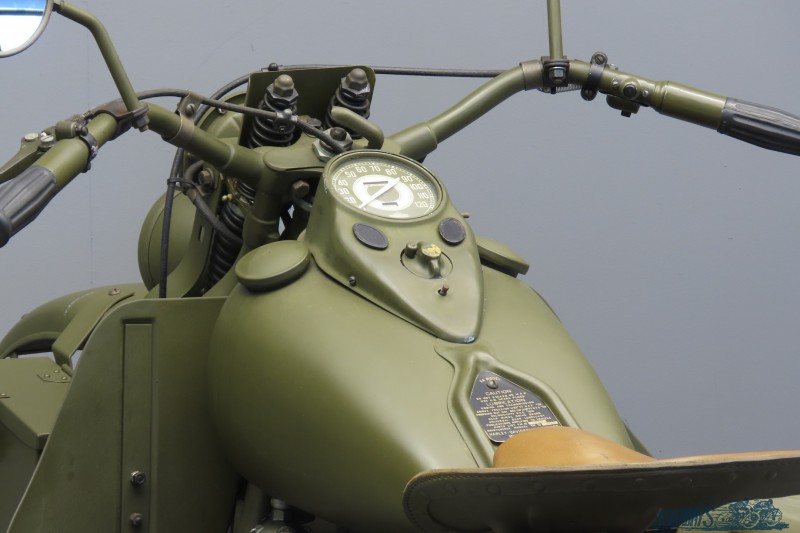 In the autumn of 1942, with the USA now fully committed to the Allied cause, the United States Army Procurement authorities commissioned the Harley-Davidson and Indian factories to produce military motorcycles based on the successful designs by BMW and Zündapp employed by the German Wehrmacht.
The idea was to produce a number of these machines for evaluation. Indian designed the “841”, Harley came up with the “XA”, where the “X” referred to the experimental status of the model, and “A” was a reference to its Amy use.
The company got an order for about a thousand XAs and the Milwaukee factory came up with an engine design that was a very close copy of the 745cc BMW R71.
This machine had been produced from 1938 till 1941 and was one of the first BMW military models that had been captured by the allies. Like the BMW, the XA featured shaft drive, plunger rear springing, a four-speed gearbox and a hand operated clutch, but it didn’t have the telescopic front forks that were such an asset on the BMWs.
The 739cc engine had a power output of 23hp@4800 rpm and weighed approximately 240kg.
The engine power compared well to the 22hp of the BMW, but the Harley was about 50kg heavier than the R71.
By the time production had begun, it was clear that the Jeep would be holding its position of the Army’s favourite general purpose vehicle, so no more XAs were requested after the initial order. The less advanced but cheaper WLA was considered sufficient for its limited roles.
Today, surviving XAs are highly sought after by collectors of both military vehicles and Harley-Davidsons alike.
This rare XA has been restored and comes fully equipped for military duty with gun holster, ammunition box, crash bars, rear view mirrors and leather panniers.