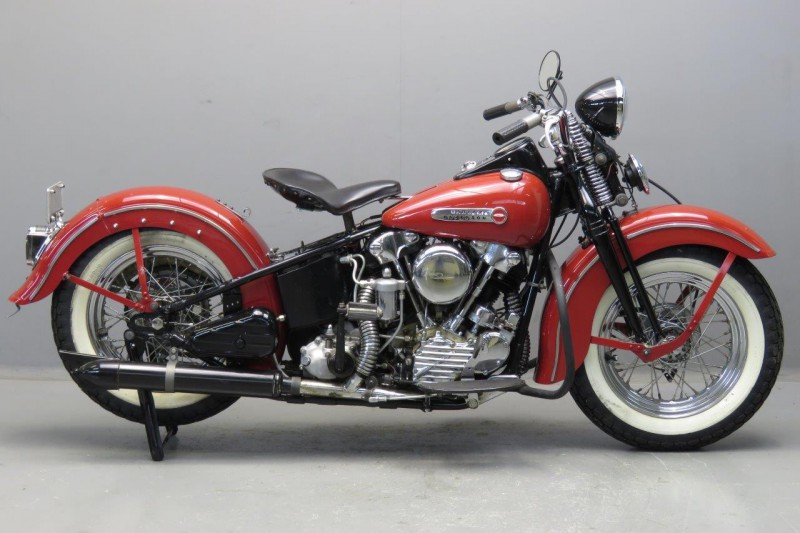 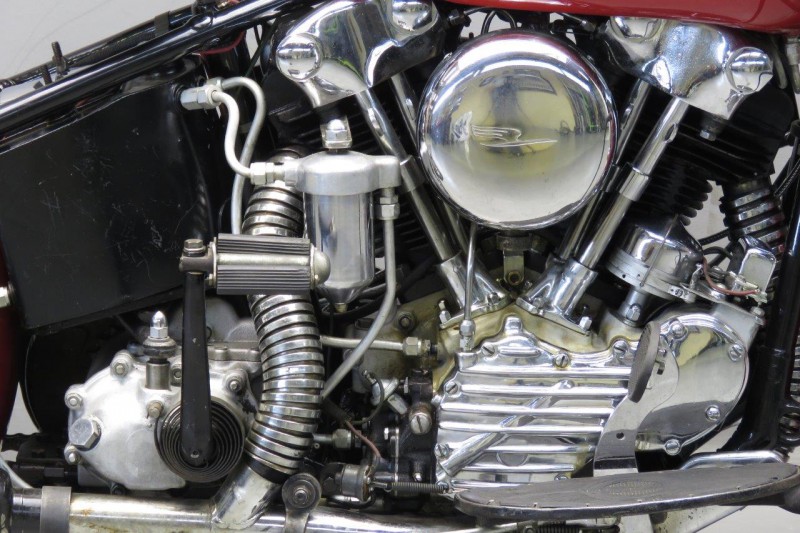 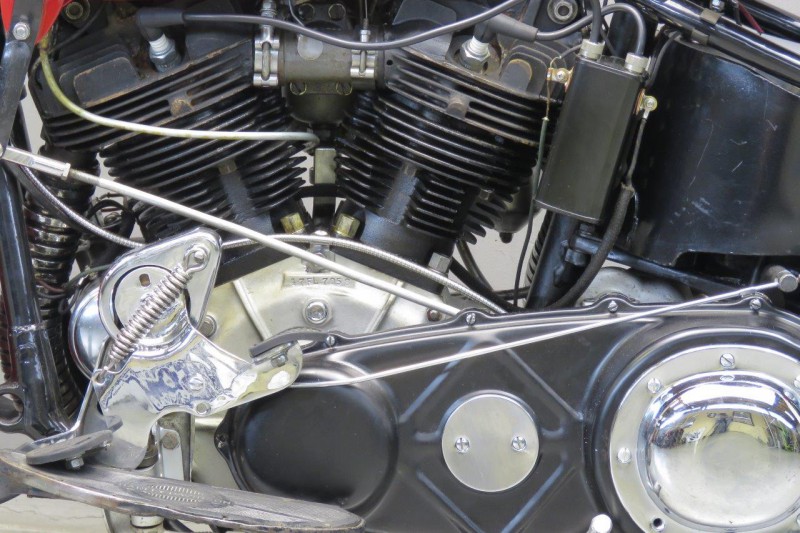 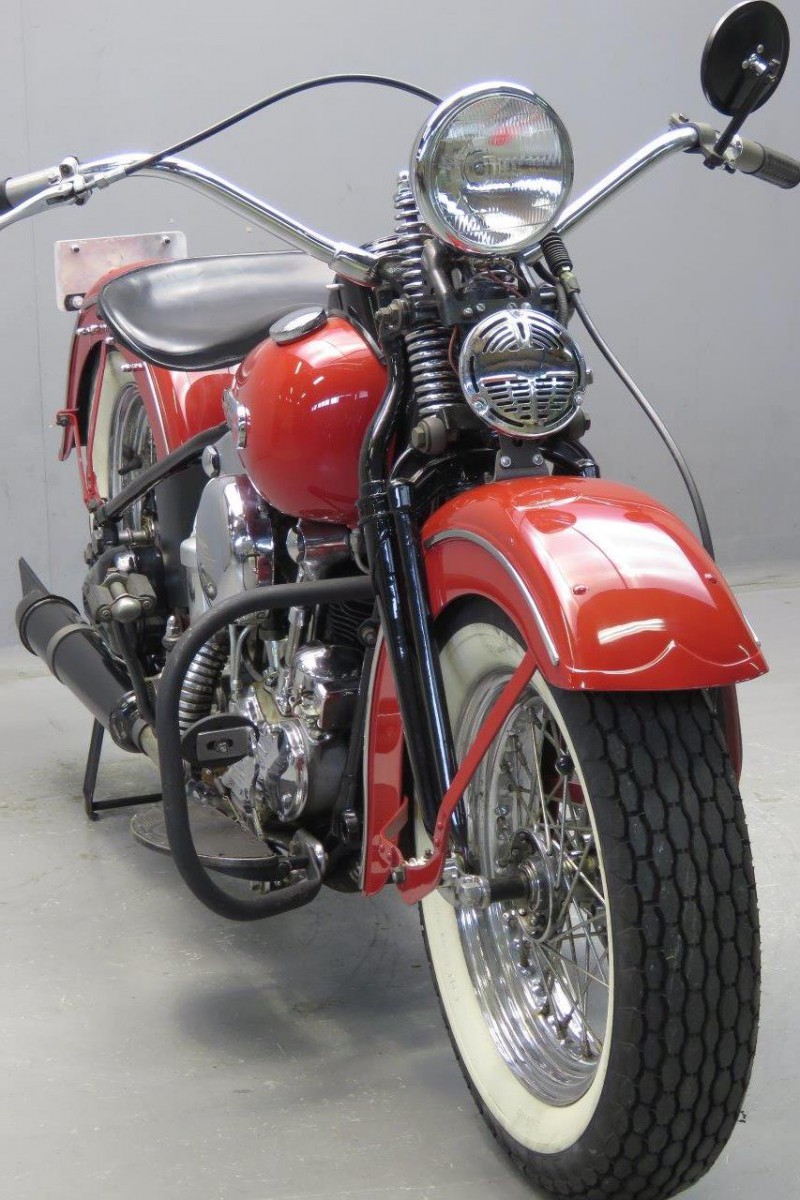 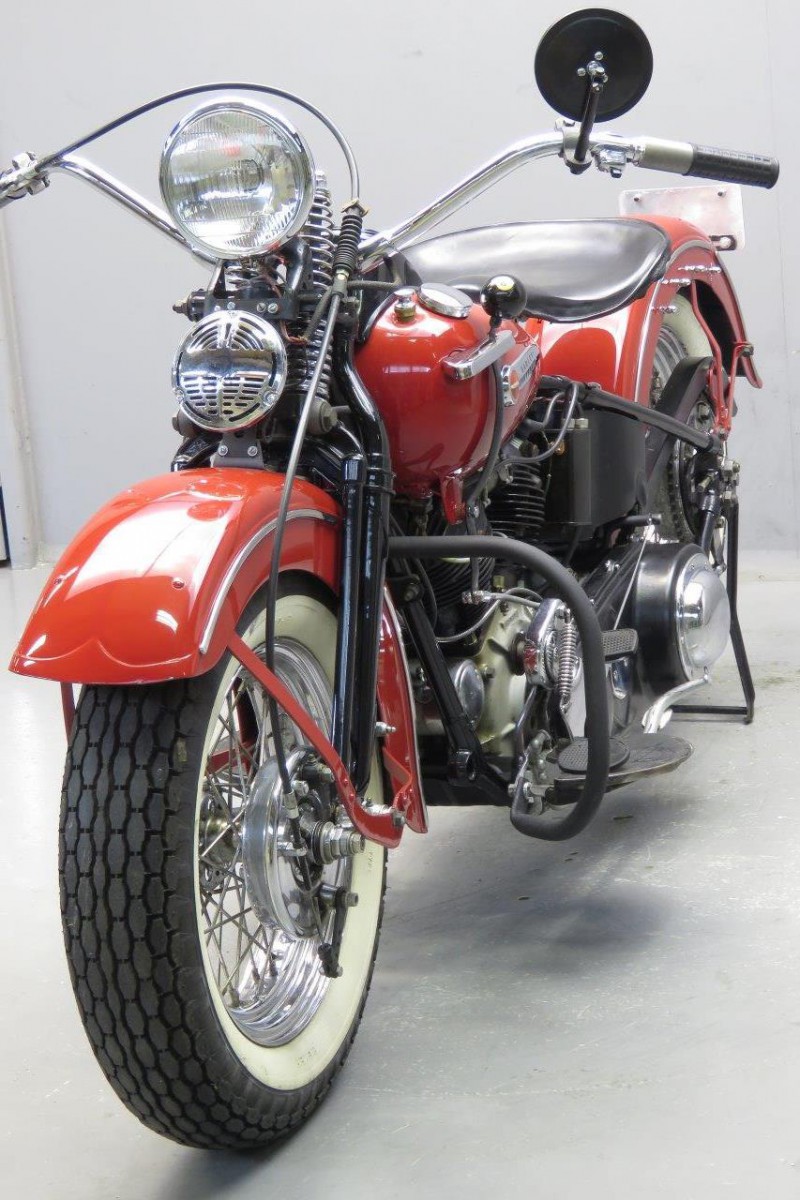 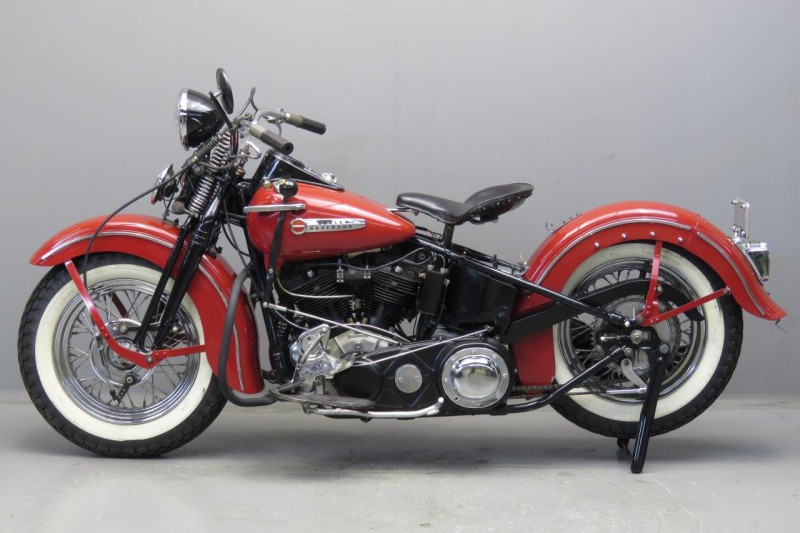 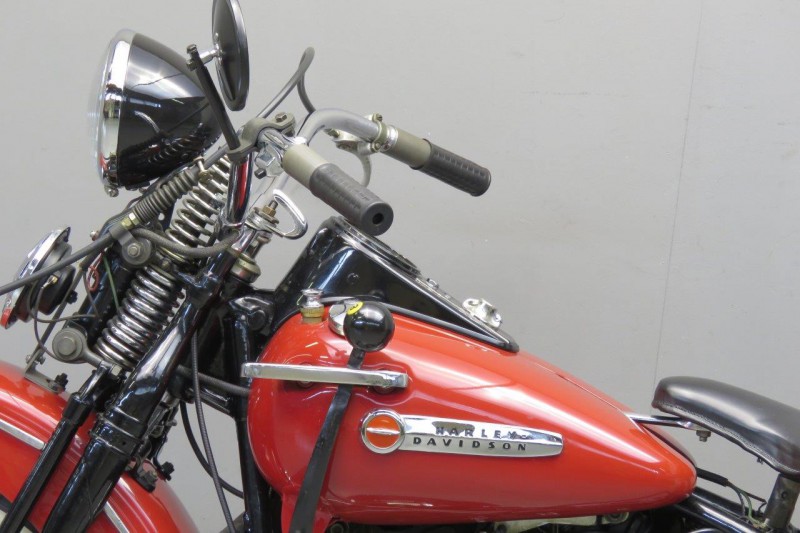 Harley Davidson made a major departure from their conservative, but very sound motorcycle designs when they introduced the overhead valve” EL” 'knucklehead' in 1936.
The EL featured an overhead valve, 61 cubic inch powered bike.
With increased horsepower and bold styling changes, the motorcycle quickly
earns the nickname of "Knucklehead," due to the shape of its rocker boxes. They sold just 152 of them in 1936, out of a planned production of 1,600; and only 126 in 1937 so it was a slow success for Harley.
The side-valve V series big flat-head twins that were the company's main offering were very robust in design, but were modest in performance and still featured total loss lubrication.
The knucklehead offered full circulating dry sump lubrication, and an overhead valve hemispherical cylinder head design with high compression options.
Like many new models, the 1936 ones were plagued with a few problems, such as top end oil leaks, and insufficient braking, given the machine's potential speed.
The knucklehead lead to the eventual downfall of Indian, who never shed their loyalty to the old-fashioned, charming, but less efficient side-valve design on their big Chief.
By 1947, the overhead valve Harley was a dependable and well-developed machine.
This example is the model “FL”, which is 74ci or 1200cc.
The “FL” also features springer front suspension.
The rear wheel had no suspension, giving this type of motorcycle the nickname "hard tail".
Quality motorcycles, cars and art prove to hold more value than any other traded element in the world.
Unlike other valuables and commodities, the value of these goods is inherent and stable.
Currency fluctuations, bank crises and stock market variations make no difference.
You will reach your investment target safely by investing in a motorcycle like this one.
This desirable 47FL 74 cubic inch, 1200cc is a good running, reliable and well presented motorcycle.