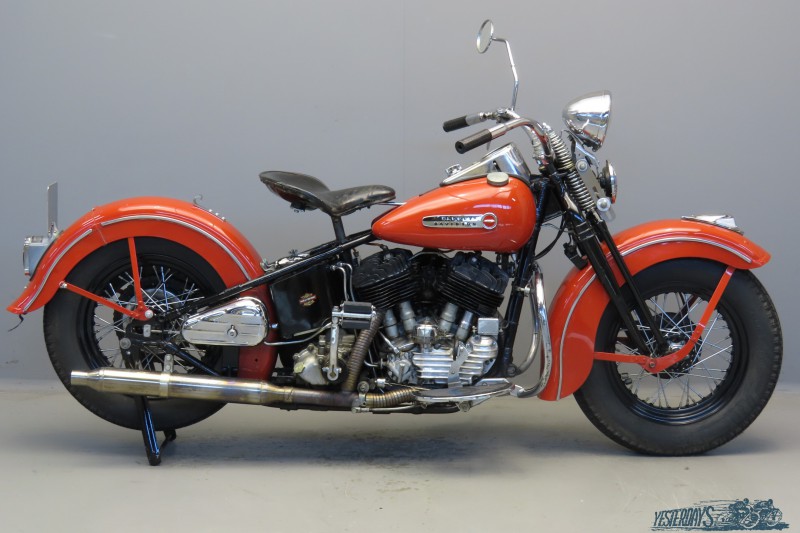 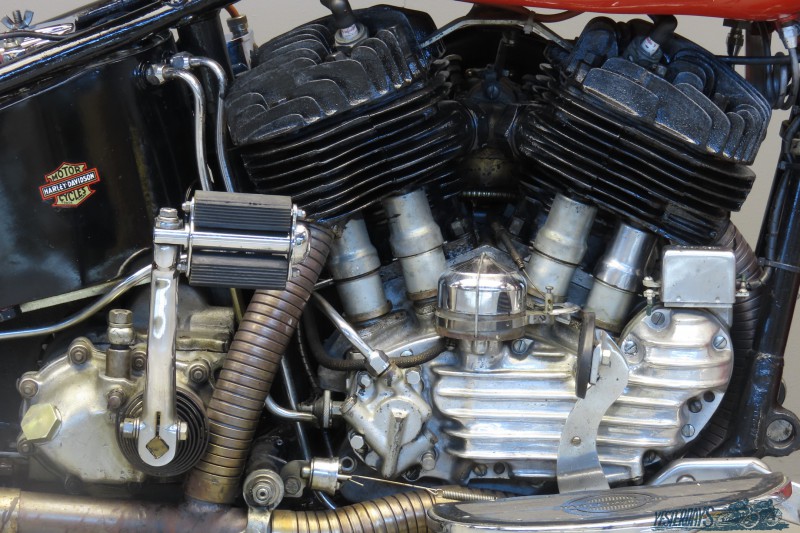 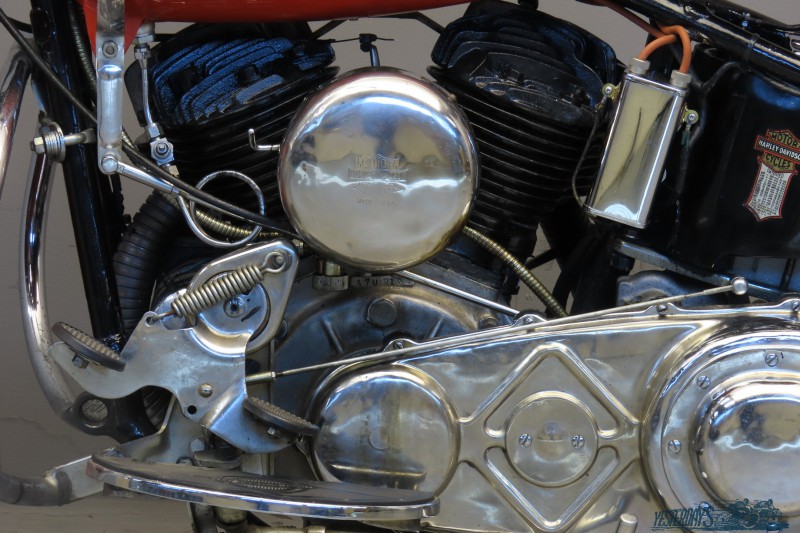 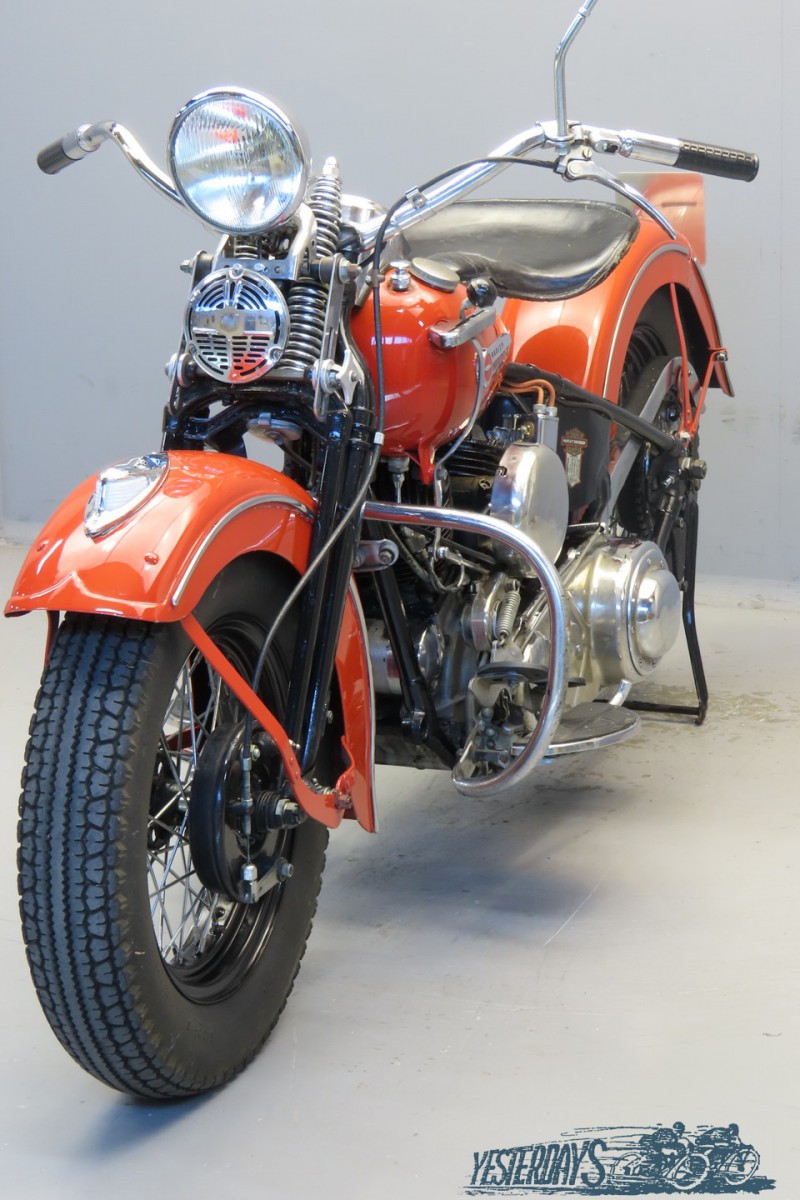 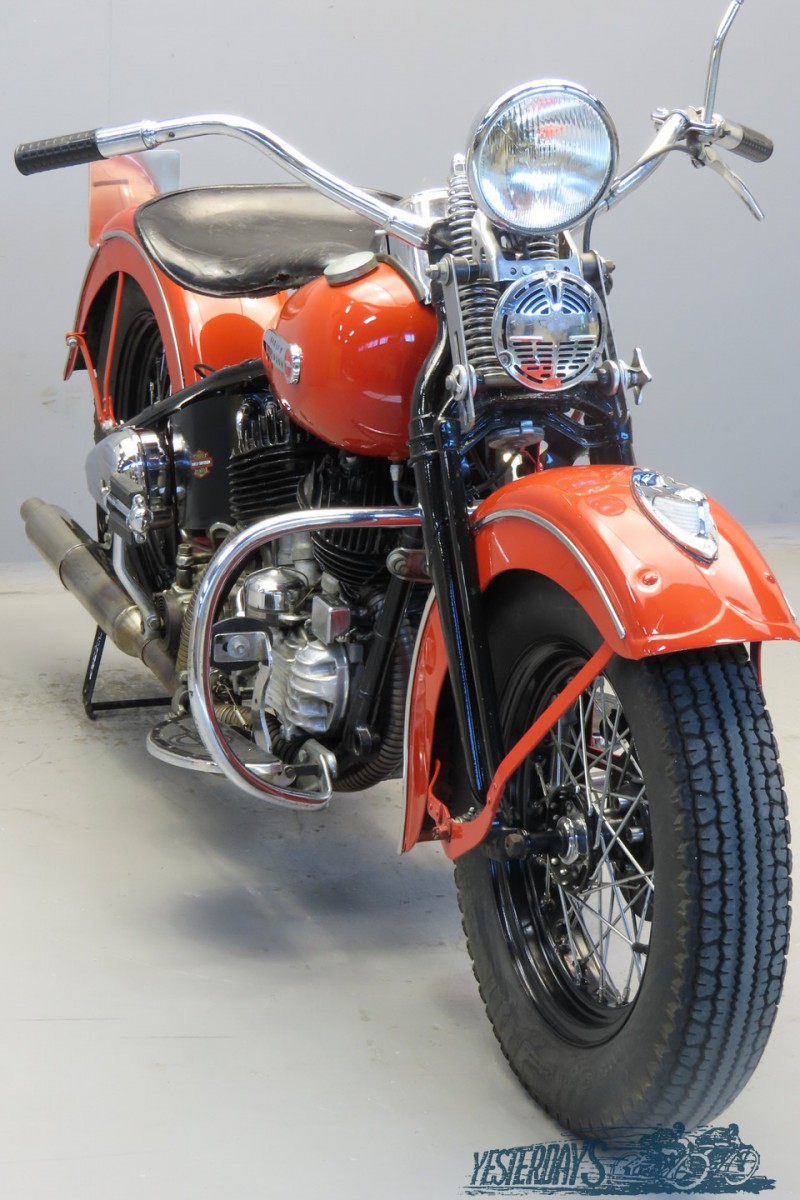 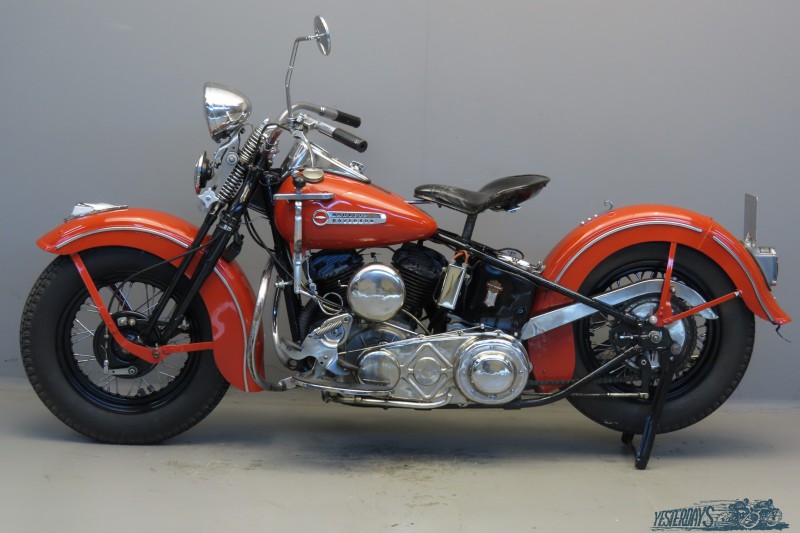 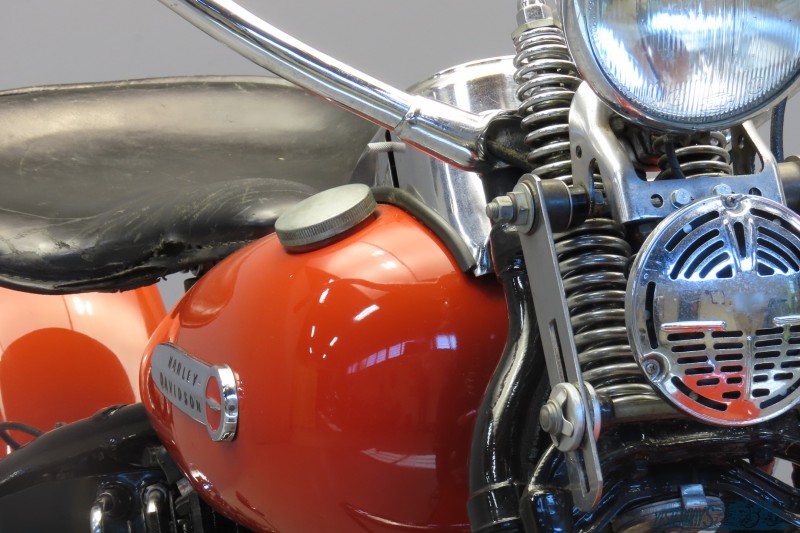 For 1937 the HD engineers redesigned the Big Twin range: frame and cycle parts of the newly introduced OHV ‘Knucklehead’ were used as the basis for the new 1209cc and 1303 cc models U and UH. An important new feature was the introduction (finally!) of dry sump lubrication. The “U” was the 5.0:1 low-compression type; the standard compression was 5:1. Power output of the U was 32.5 hp @ 4200rpm and its top speed was 135km/h. The new models proved themselves as reliable and dependable machines and gave their owners every satisfaction from the start and continued to do so for many years. Improved and updated annually throughout the late 1930s and 1940s, the U and UL models finally disappeared from the range at the end of 1948. A 1947-only feature was the Bull-Neck frame with its oval section steering head. The gearchange was changed round again so that first was at the back of the gate. Amongst other minor modifications were the red Speed ball tank badges, the Tombstone tail lamp and the new speedometer fitted to all 1947 Harleys. The needle was now red and the numbers on the dial were enlarged. (Source: Matthias Gerst).
This road-registered and well-sorted mighty U comes with practical reverse gear and has been restored a number of years ago. Both engine and gearbox have been overhauled. She has been in the care of the former owner for more than 20 years and has only been ridden some 3000 km after restoration. This U has always been stored in a heated garage and is finished in the Flight Red colour option. Only 422 Us were produced in 1947.