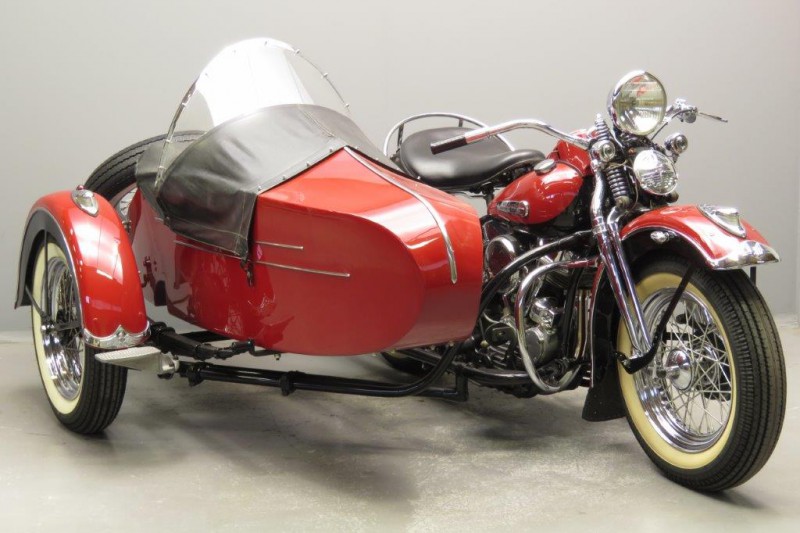 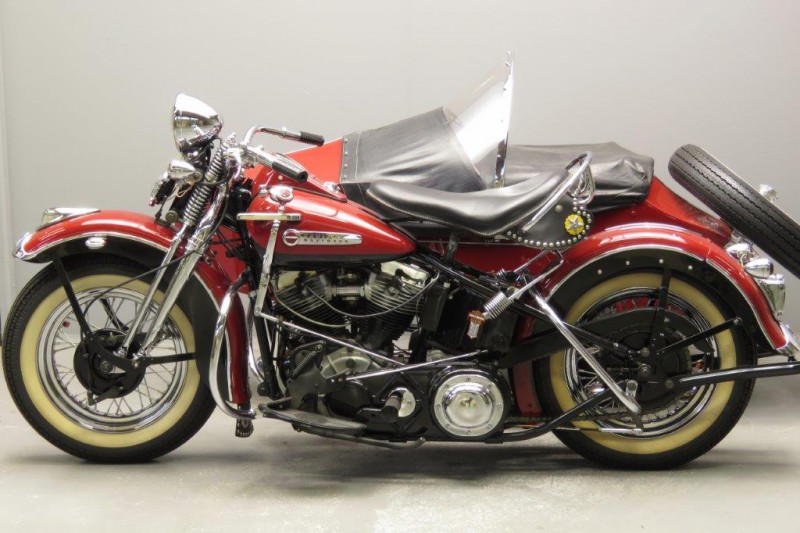 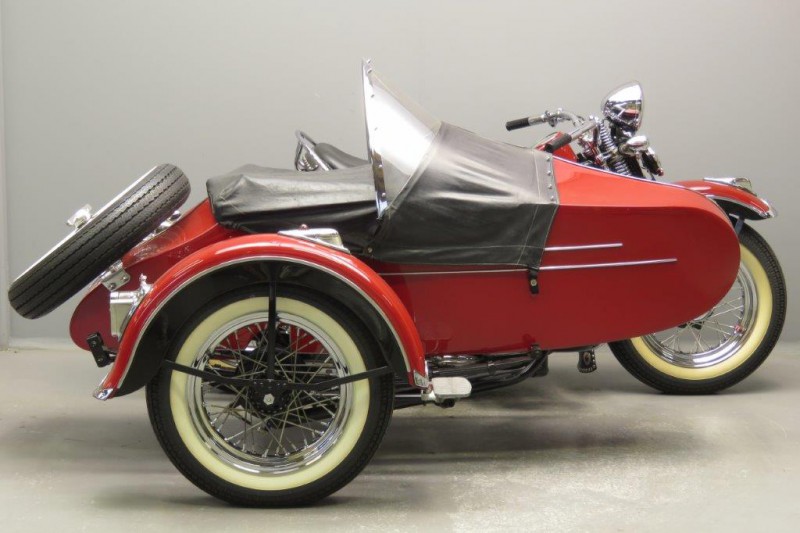 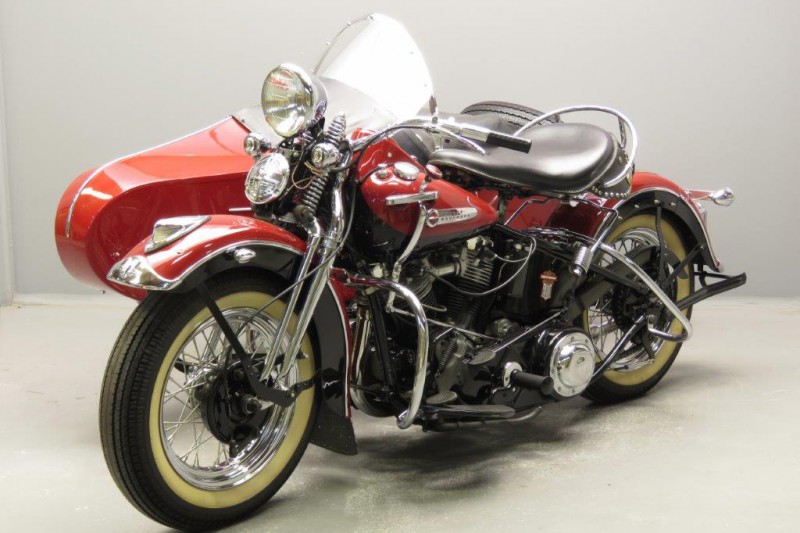 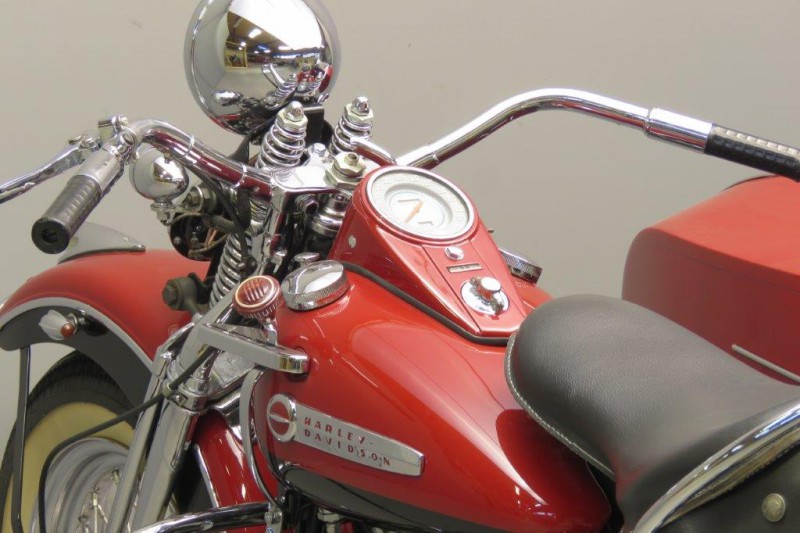 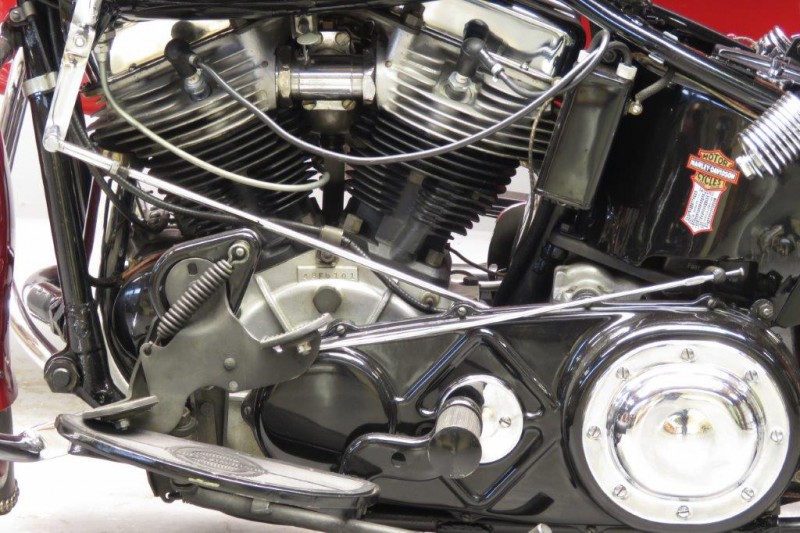 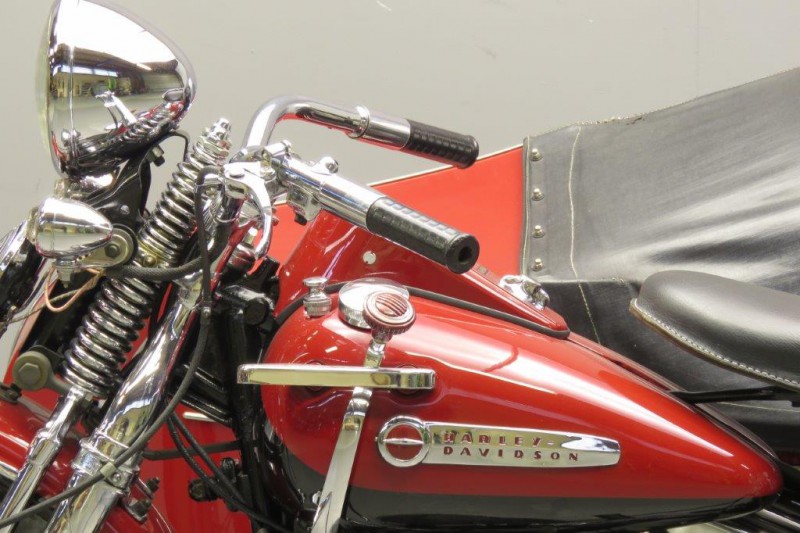 For 1948 Harley went into full revision mode with the Panhead. The top end used aluminum heads and distinctive “cooking pan” rocker covers.
Oil lines were internalized and hydraulic valve lifters adopted for greatly reduced rocker noise and easier maintenance.
The engine was available in 989 cc capacity as model “ E” and 1207 cc capacity as model “F”.
These engines were now the only big twin engines, as the side valve models had been discontinued.
The taller engine required a new frame that was christened the wishbone-frame thanks to its widely splayed front down tubes.
The frame was all-welded and could, for the first time, be fitted with a steering lock in those countries that required it.
The front forks were still the ubiquitous Springer forks, but 1948 would be their last year as 1949 would see the introduction of new hydraulically dampened telescopic forks.
From 1949 on the E and F models would be designated by their “Hydra Glide” designation. Incidentally, not all 1949 twins would be fitted with these forks because there were diehard fans who were not convinced of their superiority and specifically demanded the tried and tested Springer fork in their new machines.
This stunning 1948 Panhead combination is fitted with a comfortable chummy seat and has been restored to a very high standard