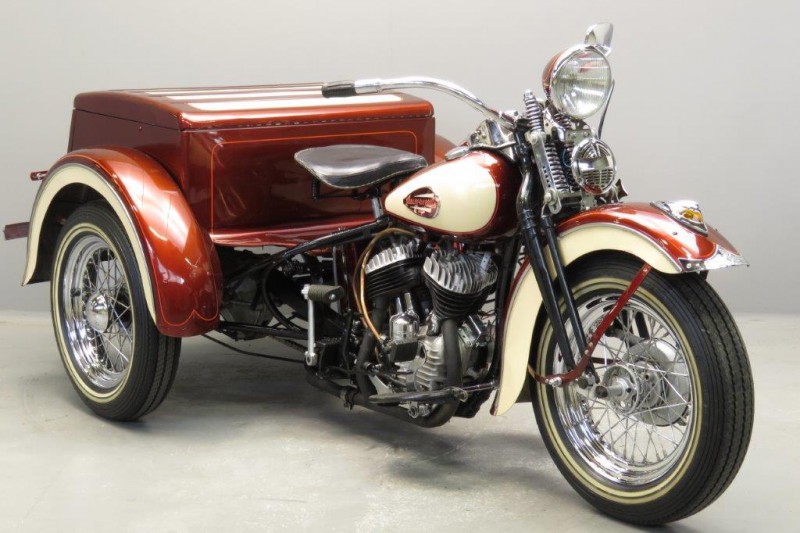 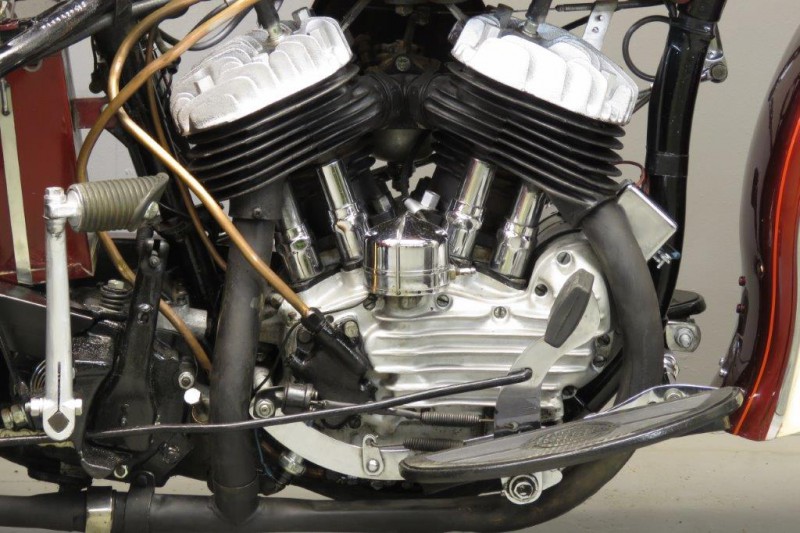 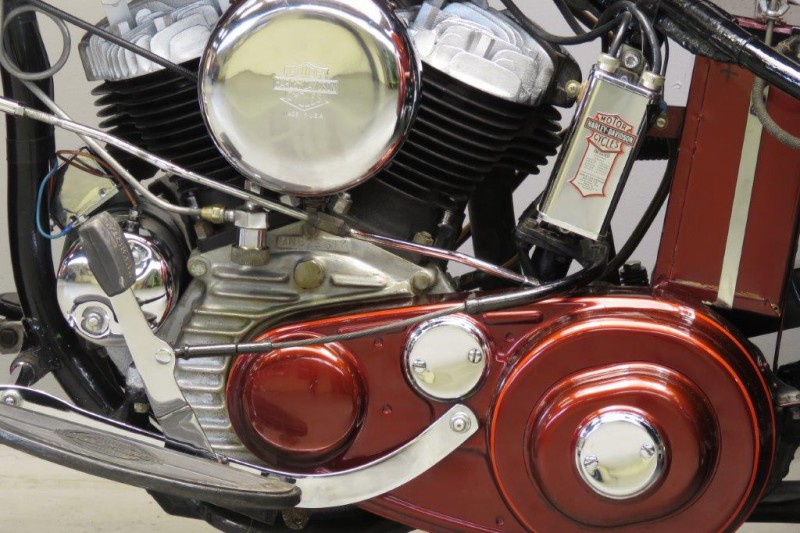 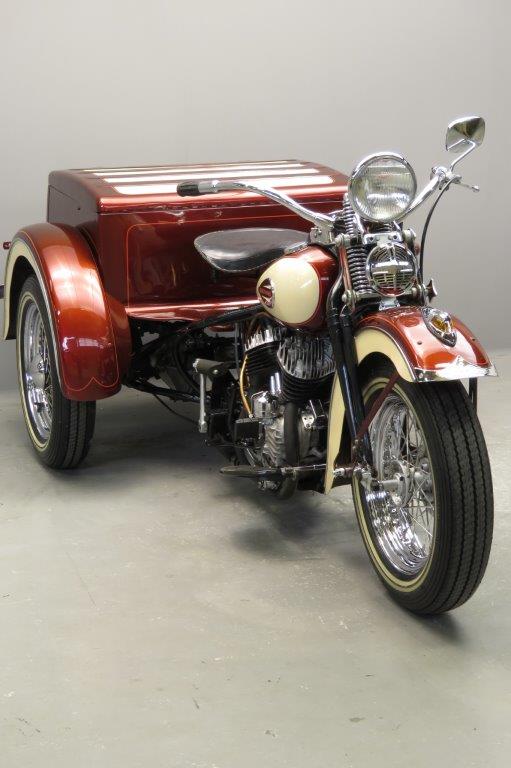 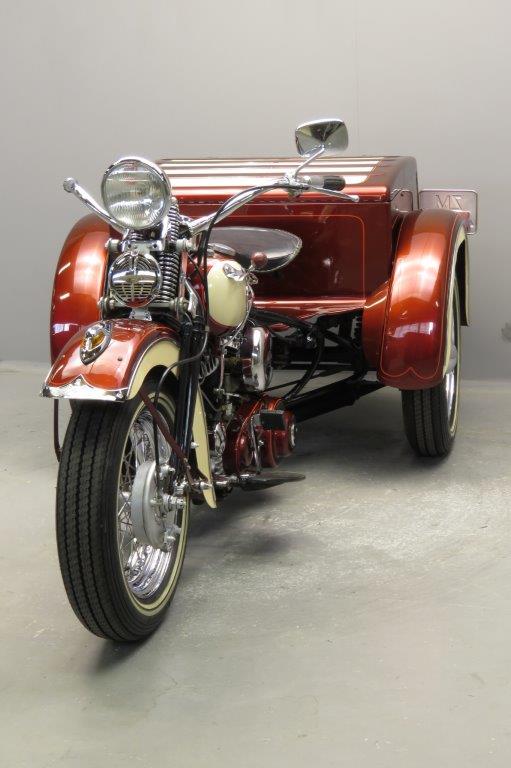 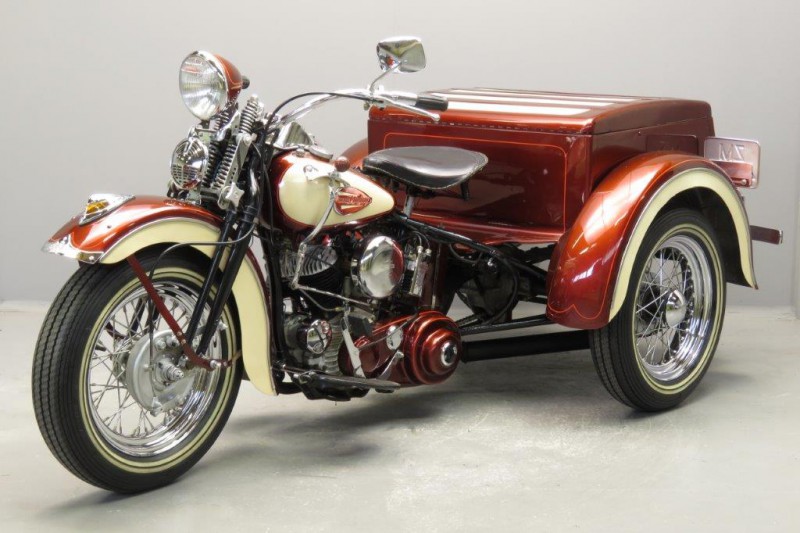 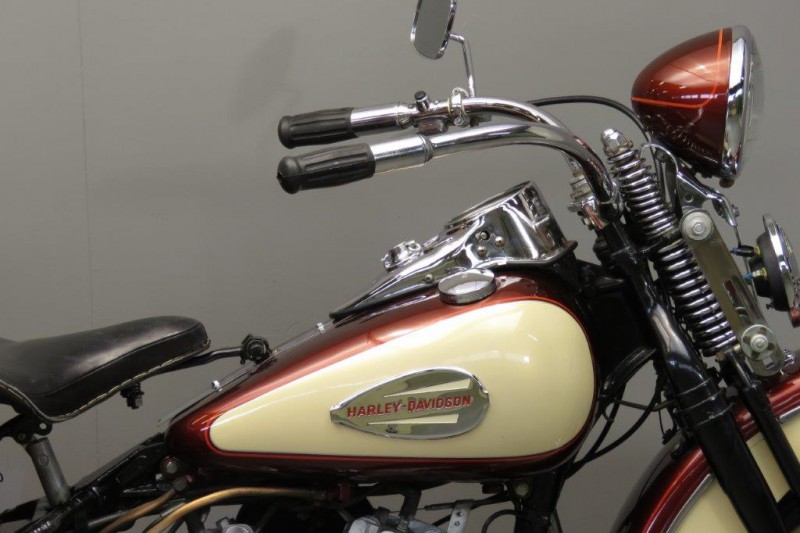 This 1949 model, has the large steel box , which lasted until 1966.
After 1966 the box was made of fiber-glass.
The Servi-Car used variations of Harley-Davidson’s 45 cubic inch flathead.
From 1932 to 36, the Servi-Car used the engine from the Solo R Model.
It was changed in 1937 to the engine used in the W model, which differed mainly in having a recirculating oil system instead of the constant-loss system of the “R”.
The “W” flathead engine continued until the end of production in 1973, despite the “W” solo series being replaced by the “K”Series in 1952.
When the Servi-Car was introduced in 1932, it used the same transmission as the R solo model. This was replaced the next year by a constant-mesh transmission with three speeds and a reverse gear.
In 1937, the braking system was upgraded to have a drum brake on each wheel.