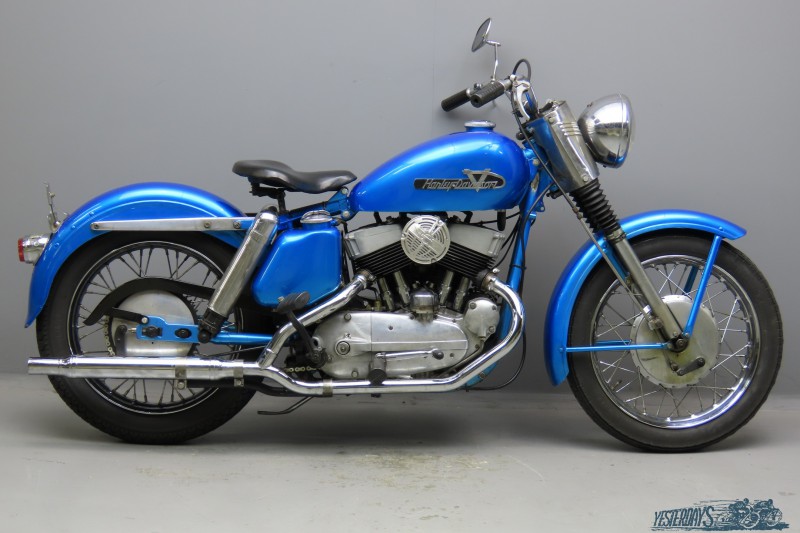 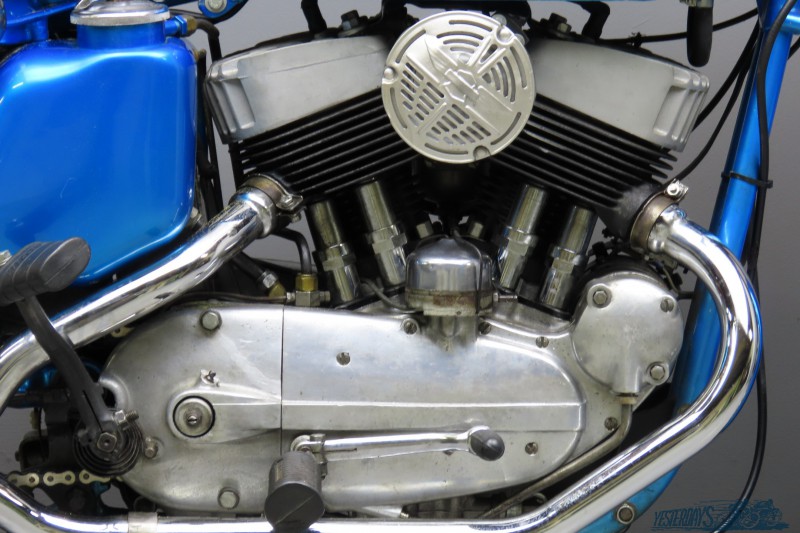 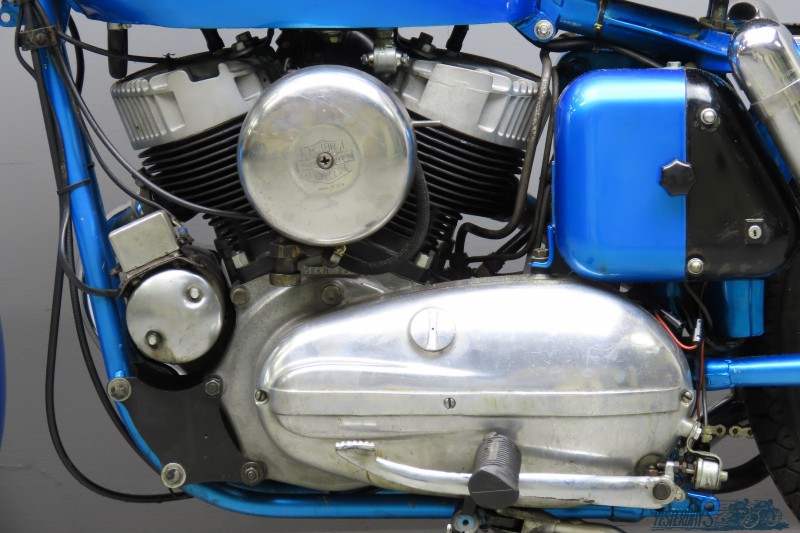 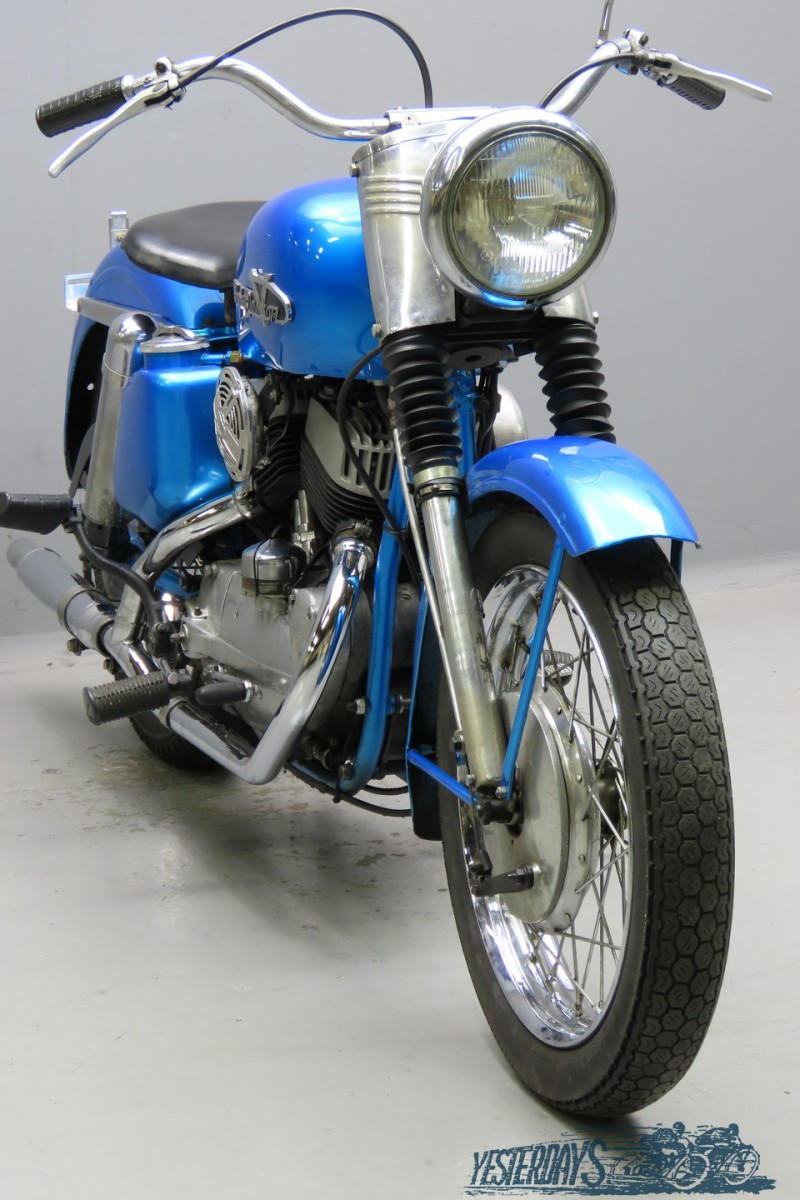 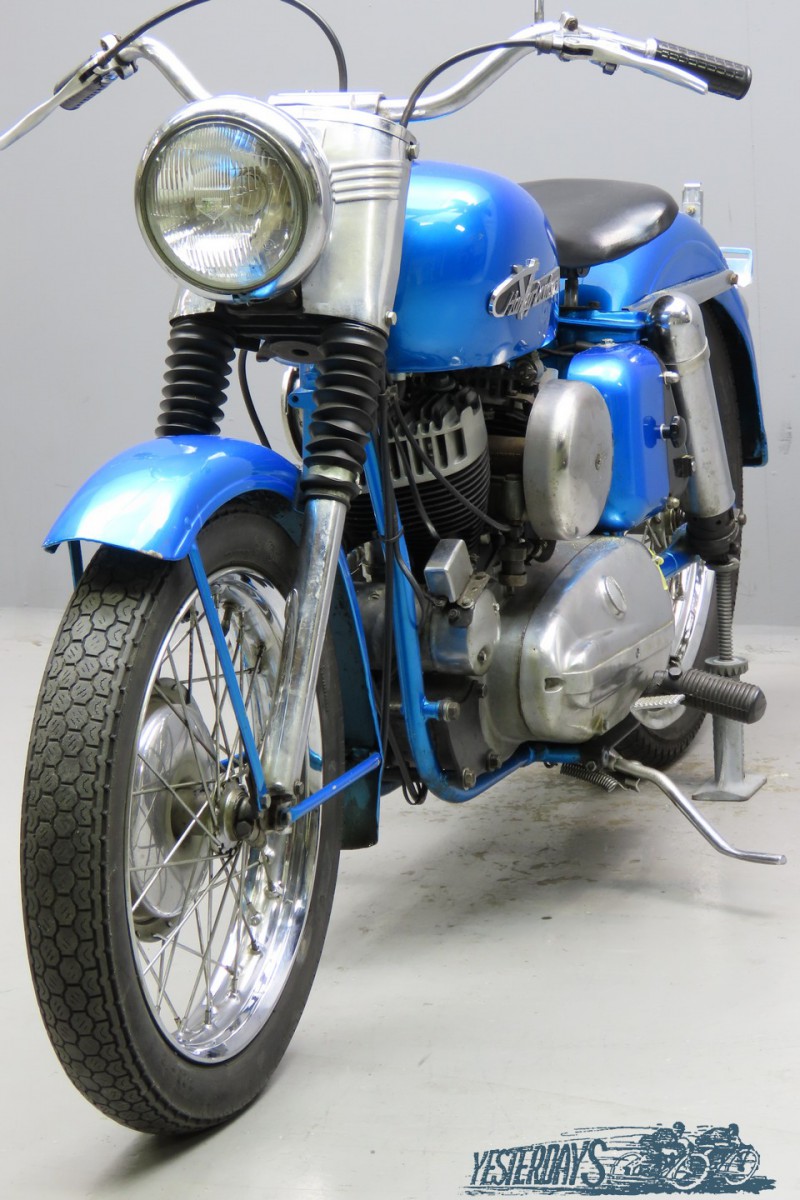 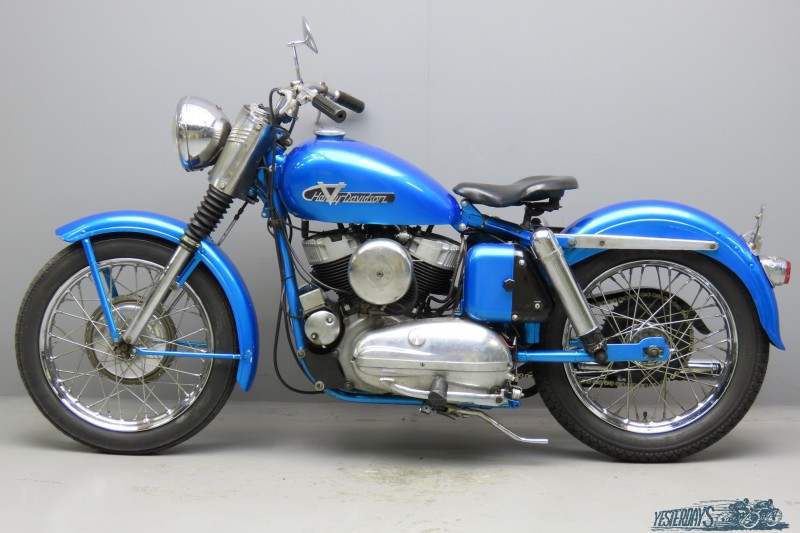 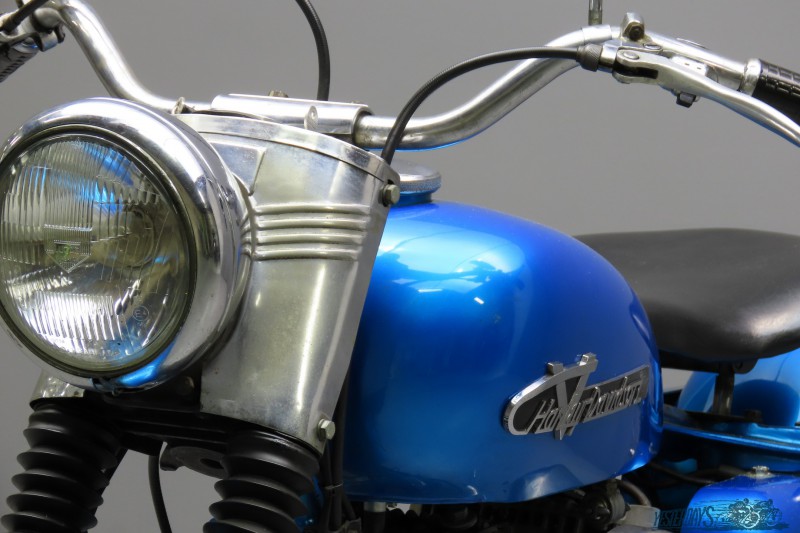 When it was introduced in 1952, the 750cc, 30hp Model K was as radical a machine for Harley-Davidson as the Knucklehead had been in 1936, and the company presented it as a fully modern motorcycle.
The new K was an immediate success and subsequent years would see the introduction of more powerful K-Models, such as the KK, the KH and KHK, with the entire line eventually evolving into what would become the everlasting Sportster.
With full suspension front and rear, a unit-construction engine, modest weight, foot shift/hand controls and clean styling, the K was clearly intended as Milwaukee’s answer to the growing popularity of lighter weight British bikes among American riders.
In 1954 the model was revised and improved and labelled as “KH”.
The engine displacement was increased to 883cc, the displacement still seen in the modern Sportster line.
To handle the increased torque, the gearbox was strengthened, the clutch beefed up and the frame modified.
The engine output claimed was now 38hp @5000rpm. 1956 was the last year of production; in 1954 1579 KHs left the factory.
The machine on offer was first registered in The Netherlands on August 5, 1954 and commissioned by the police force in the city of Eindhoven.
In later years the original engine was swapped for a 1956 power source.
She is in running order but has not been used for a number of years so she would benefit from some tender love & care from an enthusiastic new owner.