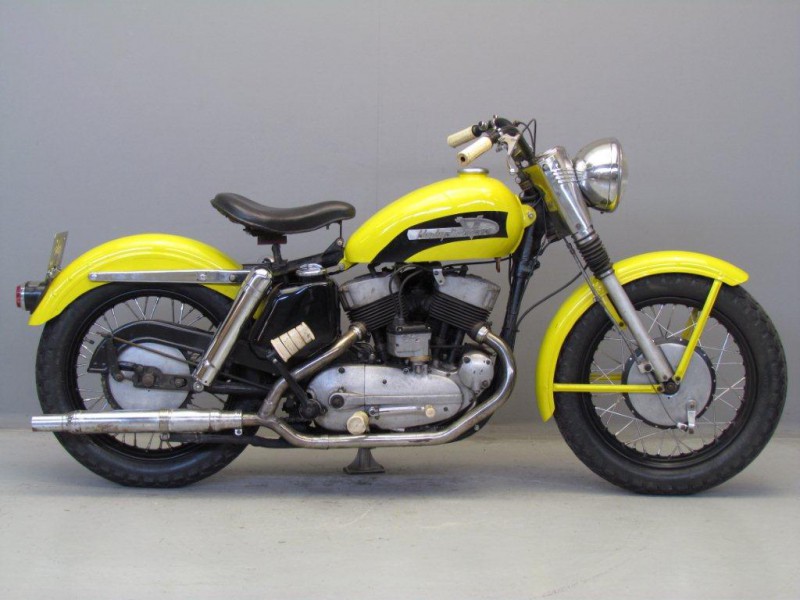 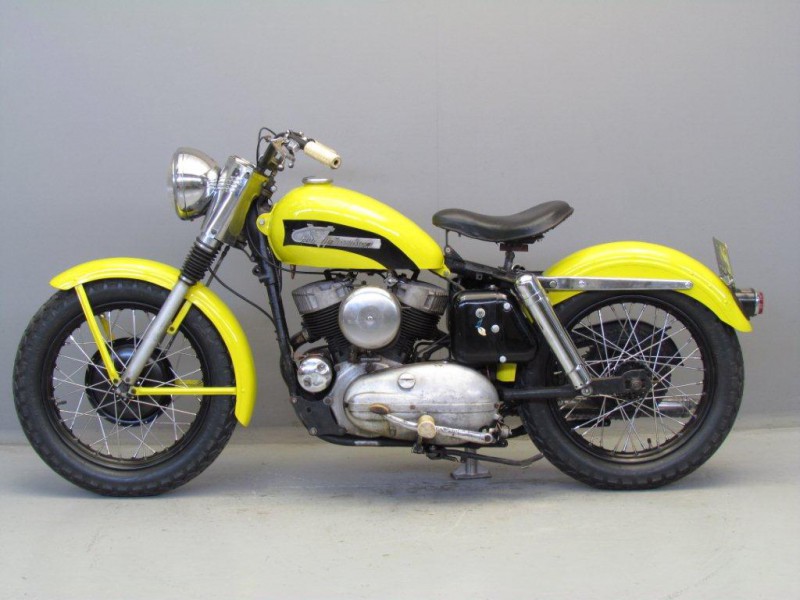 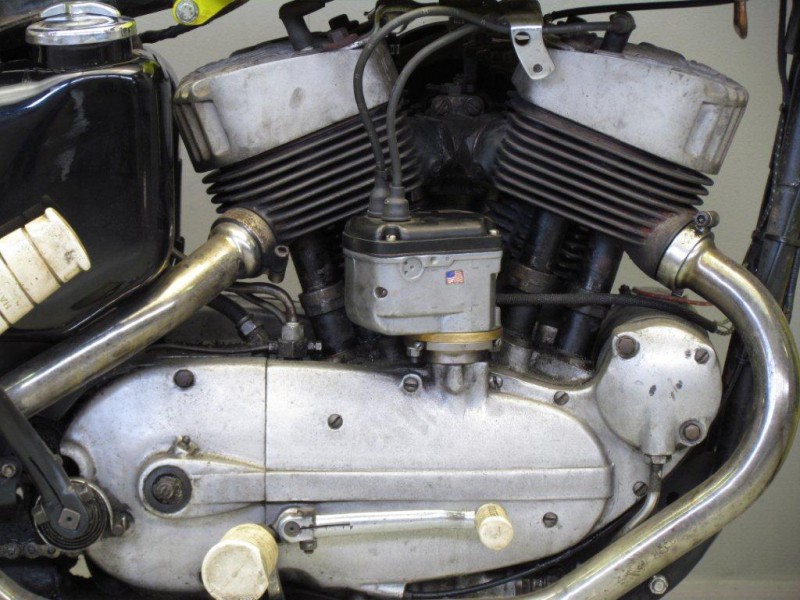 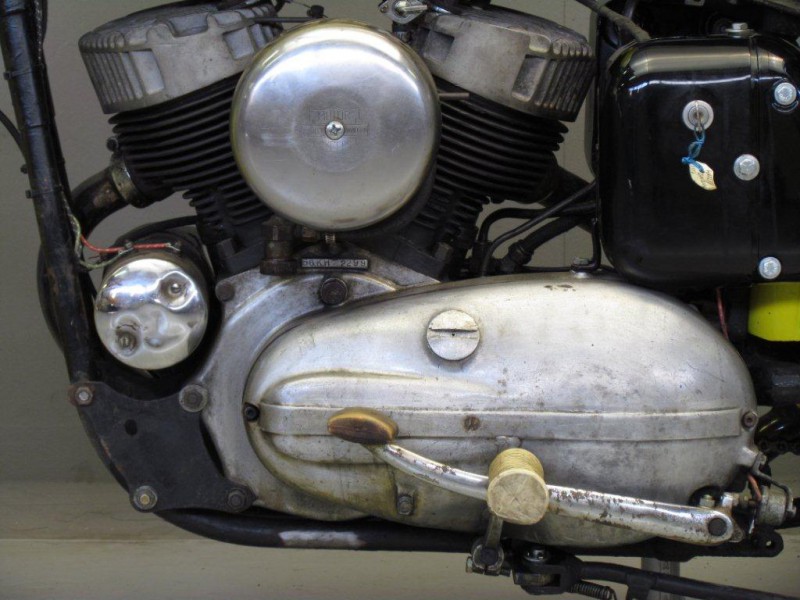 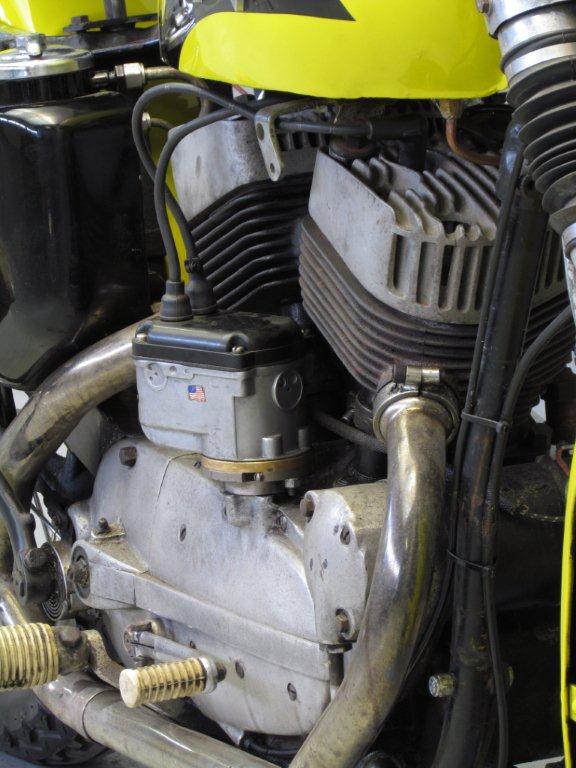 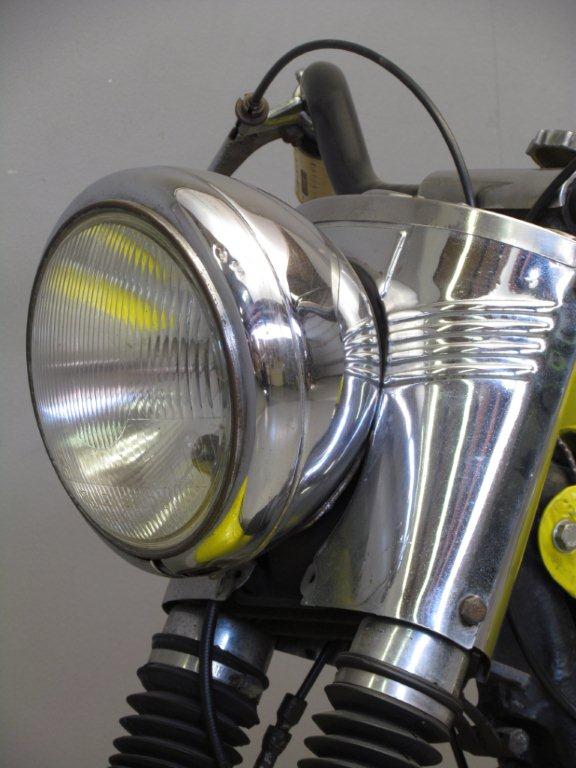 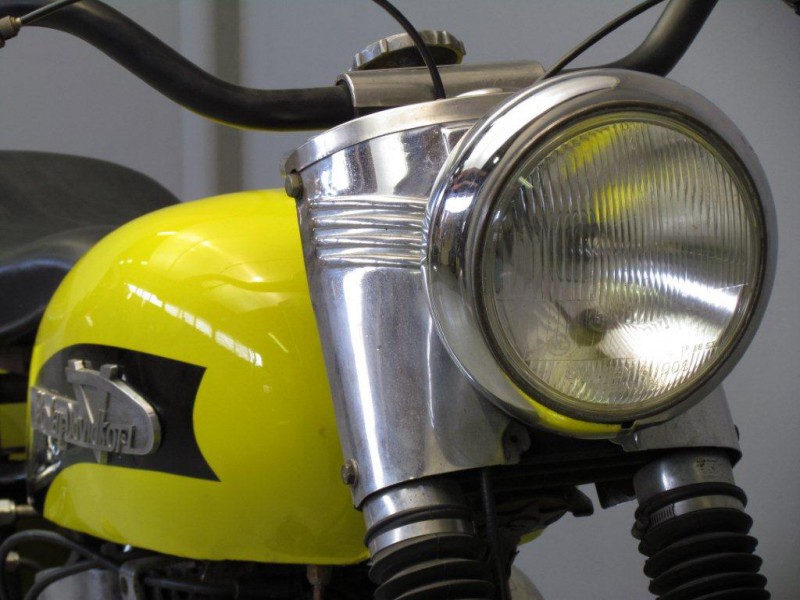 Introduced in 1952 to replace the aging WL, the K series incorporated a couple of Harley "firsts."
The  K introduced unit construction to the marque, and was the first of its street machines to boast rear suspension.
Though the K was powered by a 45-cubic-inch flathead like the WL, it was of a more advanced design and housed the transmission in the same case as the engine.
Telescopic forks replaced the WL’s leading-link arrangement, while a swingarm rear suspension was cushioned by enclosed coil-over shocks.
By 1954, the K series became the KH as the V-twin grew to 55 cubic inches (about 900 cc), providing riders greater performance in an effort to compete with the onslaught of vertical twins arriving from Europe.
A "K" suffix added to the model name indicated the machine was equipped with lower handlebars, less chrome trim, and more performance-oriented camshafts.
But the K and KH were really stopgap measures until the overhead-valve Sportster could be readied, which would happen for 1957.
Therefore, this 1956 KHK was the last of the breed, and aside from the three-wheeled  Servi-Car, represents the final flathead motorcycles Harley-Davidson would ever produce.
This 1956 KH 900cc is a matured restoration with very good mechanics and a well running powerful engine.
The paint work on the tank and fenders are fresh and this KH model can be seen as the archetype of American motorcycle design of the fifties and the forerunner of the later so popular OHV Sportster .
Put on your jeans, boots, gloves and lumberjack shirt, order some sunshine and hit the road…..