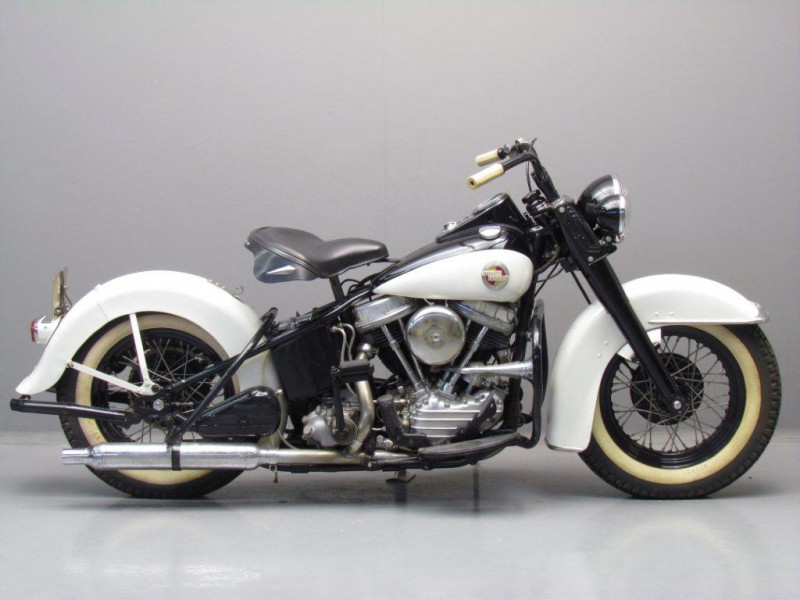 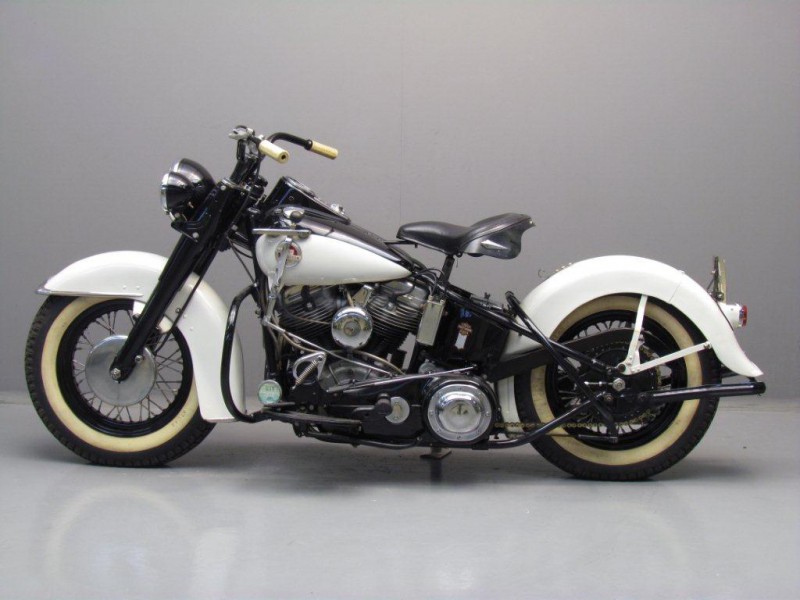 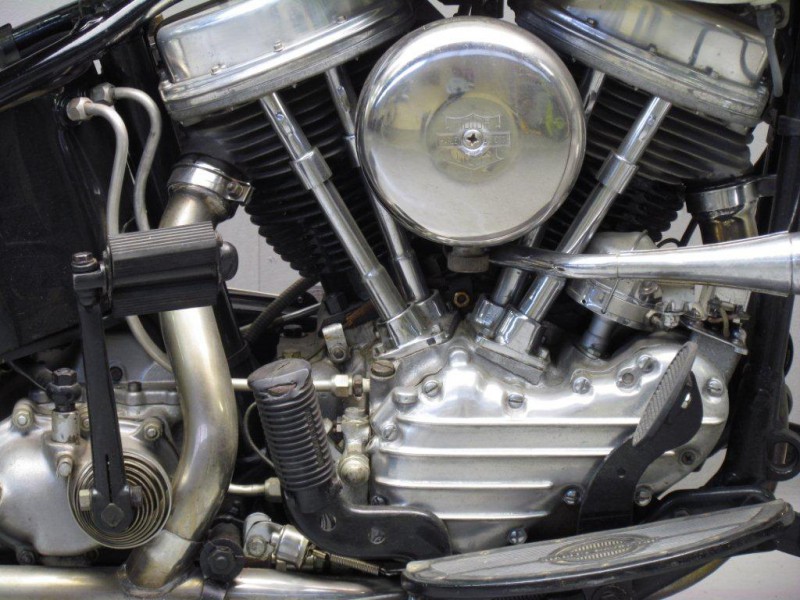 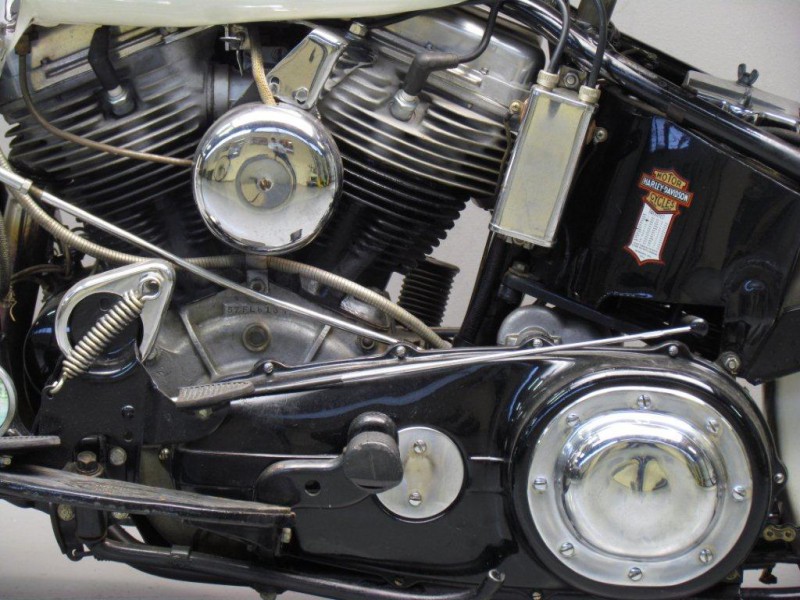 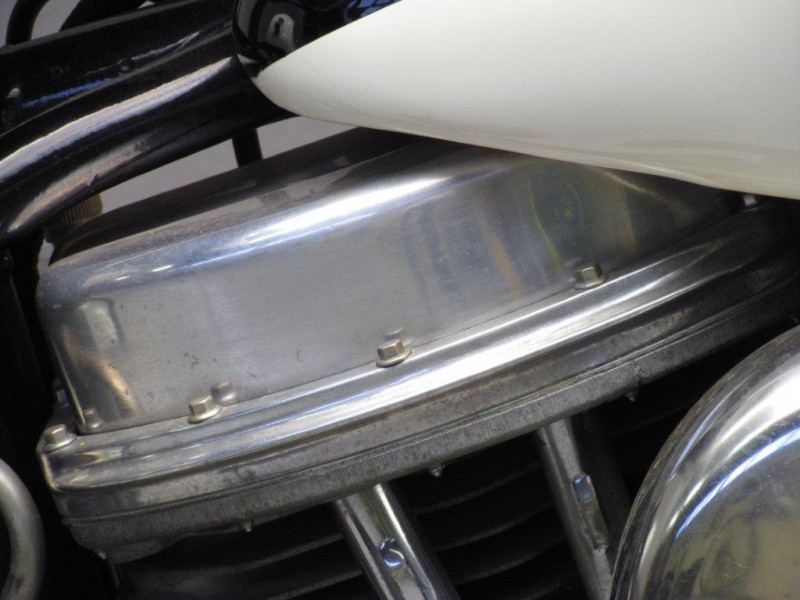 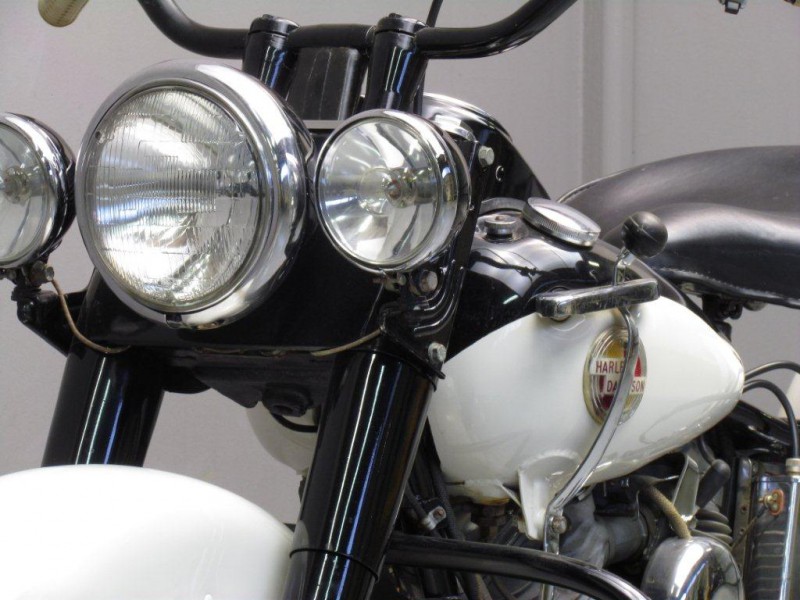 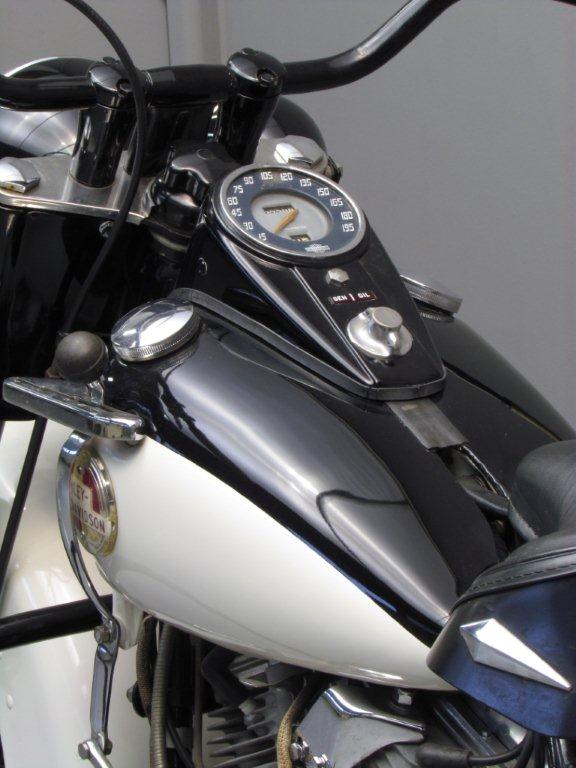 The Harley Davidson FL continued relatively unchanged until 1948, when the FL and the EL were given redesigned "Panhead" engines.
These engines had several improvements over the earlier "Knuckleheads", including aluminium cylinder heads to reduce weight and
improve cooling and self-adjusting hydraulic lifters.
In 1949, a year after receiving the "Panhead" engine, the FL was given a new front suspension and a model name to go along with it.
In honor of their first production motorcycle with hydraulically-damped telescopic forks, the FL was officially called the Hydra-Glide.
This name would change twice in the history of the basic large-framed FL bikes, each time signalling an improvement in the bike’s technology.In 1952, the Hydra-Glide’s transmission was reversed from hand-shift/foot-clutch to
foot-shift/hand-clutch, although the original format continued to be offered as an option until 1978.
A more highly-tuned engine with high-compression heads, higher-lift cams, and polished ports, was offered with the FLH version of 1955. The FLH designation has continued up to the present.
1965 was the final year of the "Panhead" engines.
This 1957 FL Panhead Hydra-Glide features a nice restoration and is ready for lots of trouble-free miles.