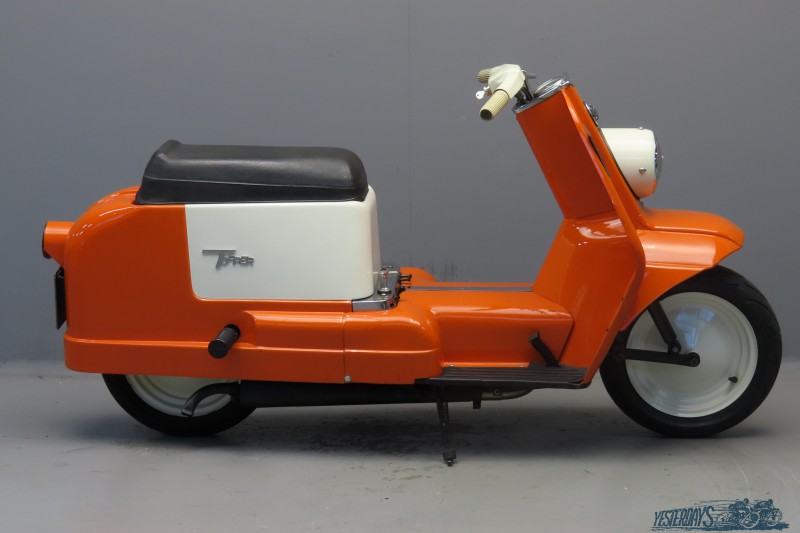 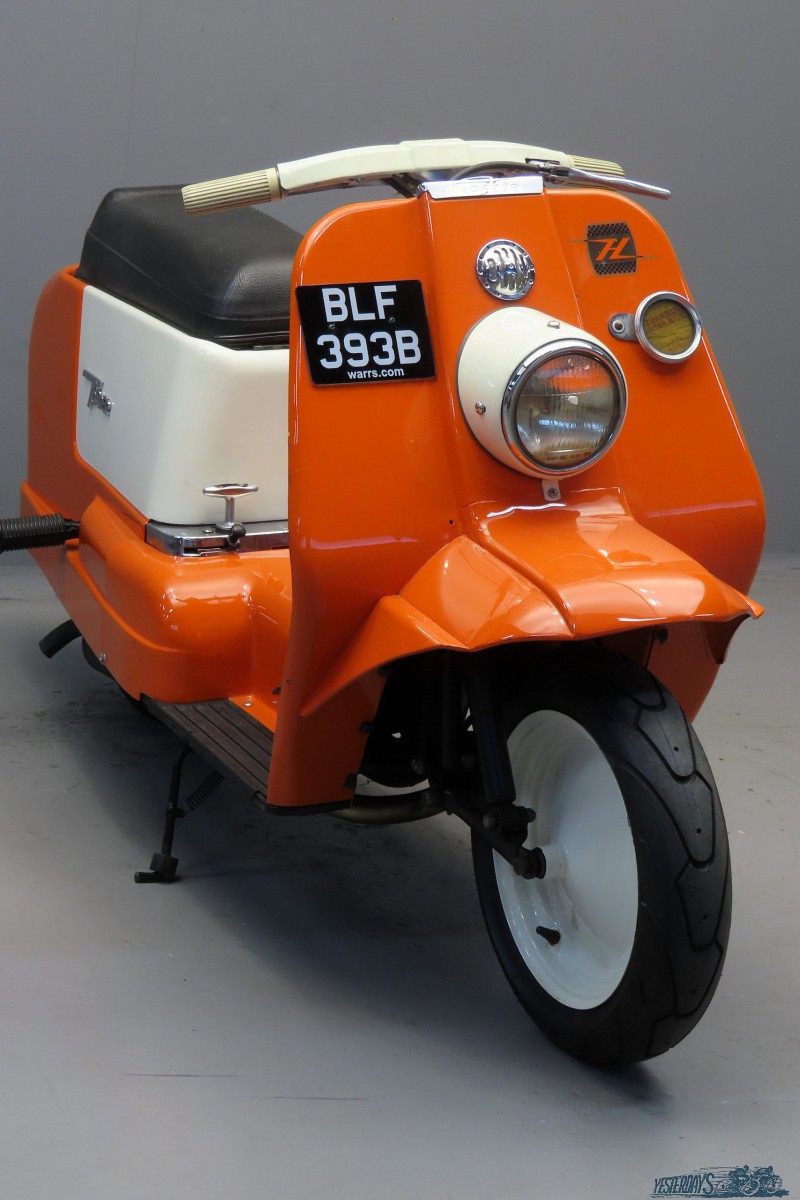 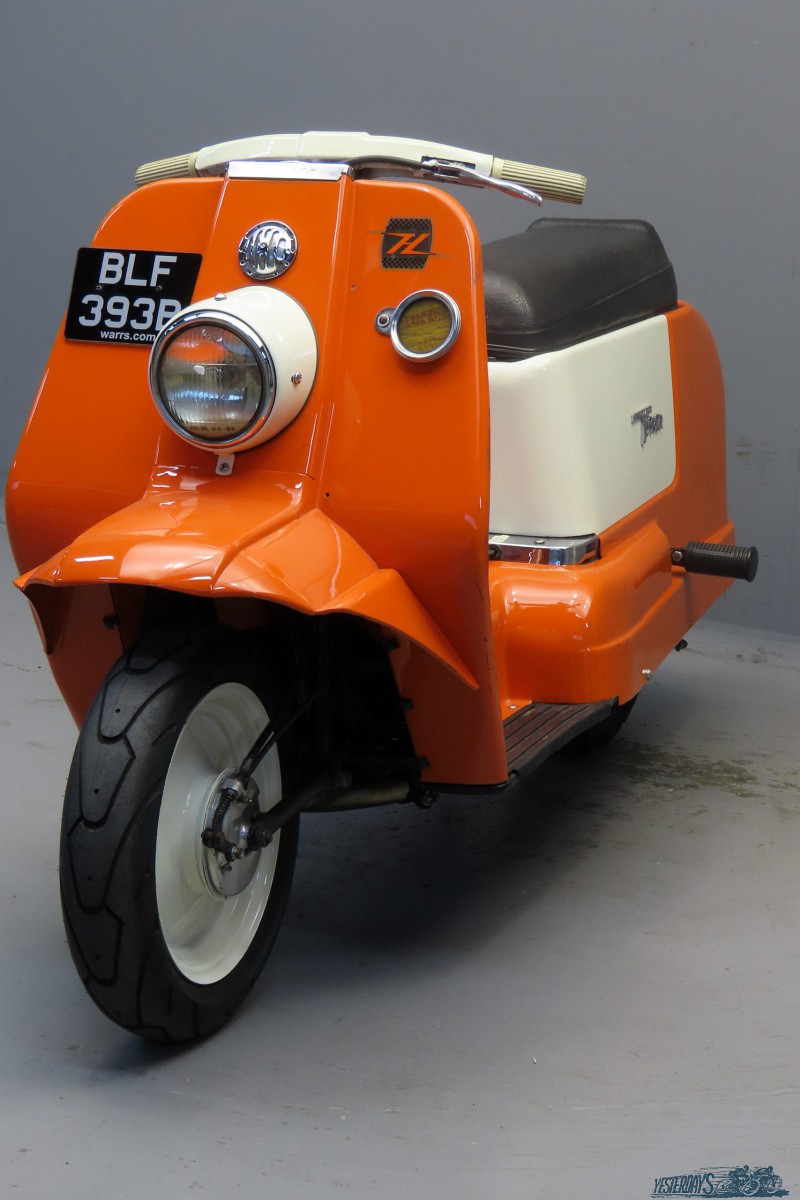 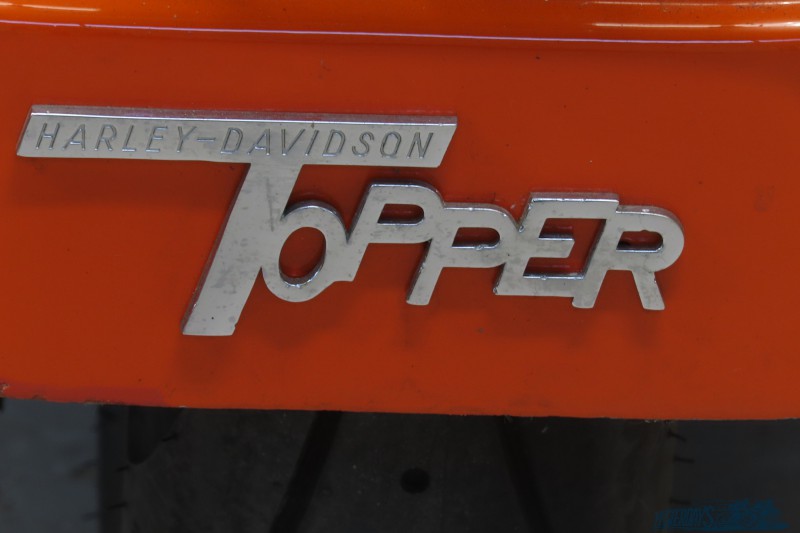 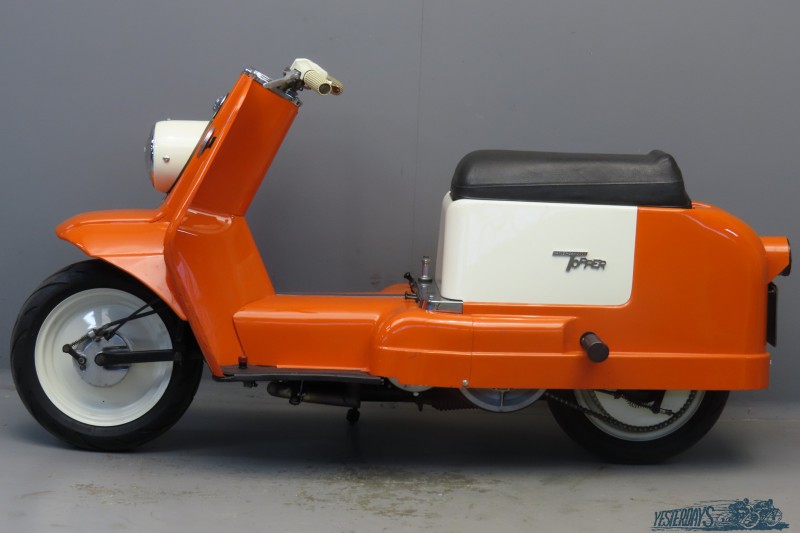 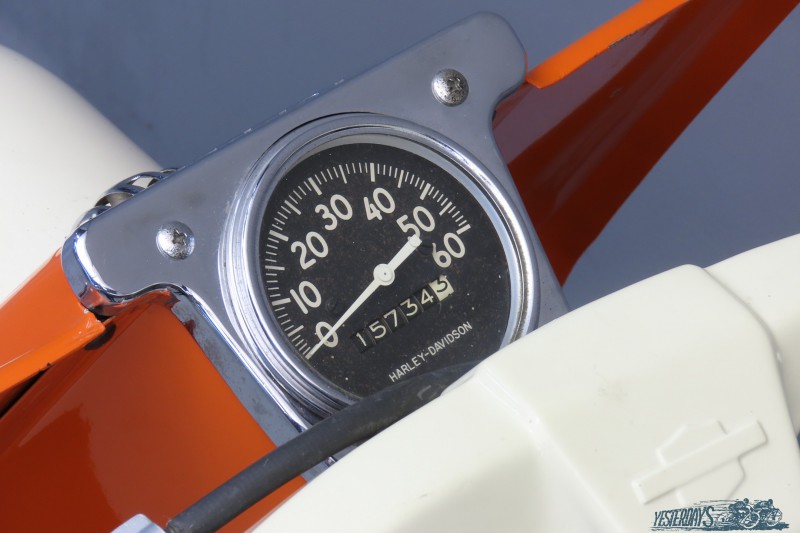 The scooter craze in the USA was started by imported Vespas and Lambrettas and Harley-Davidson tried to get a piece of the cake by marketing their own scooter in May 1959. Its appearance was quite different from the streamlined and graceful Italian scooters. It was designed as a two-seater and clearly a product of the late-fifties American industrial school of design: angular and sharp-edged. The Topper was powered by a pull-started 165cc air-cooled two-stroke engine that was derived from the earlier two-stroke Harley models. Transmission was automatic and there was an Earles-type leading-link fork up front. Fibre-glass was used for the rear body and engine cover, but frame, footboards, leg shields and front mudguard were pressed-steel. Two models were available, the Model AU with a lower-than-five hp output to cater for customers in those States that still permitted 14-year-olds with a junior driver’s licence to ride two-wheelers of less than 5hp. The other model was the A that delivered 5.5hp @5000rpm. From 1961 on the AH took the A’s place and this engine, with the same capacity, delivered no less than 9hp @ 5500rpm, good for a top speed of approximately 115 km, according to factory information (Source: Matthias Gerst, Harley-Davidson, all the motorcycles, 1903-1983). Unfortunately for H-D, by the time of the Topper’s arrival the post-war scooter boom was subsiding and sales were disappointing. The Topper was last catalogued in 1965. This example of a Harley-Davidson model rarely seen in Europe was sold new by well-known dealers Warr’s from London and is believed to have been in their collection since the 1960s (the affixed tax disc expired in June 1968 and the odometer reading is 15,732 miles). The machine has been carefully restored but hasn’t run for some time so recommissioning will be required.