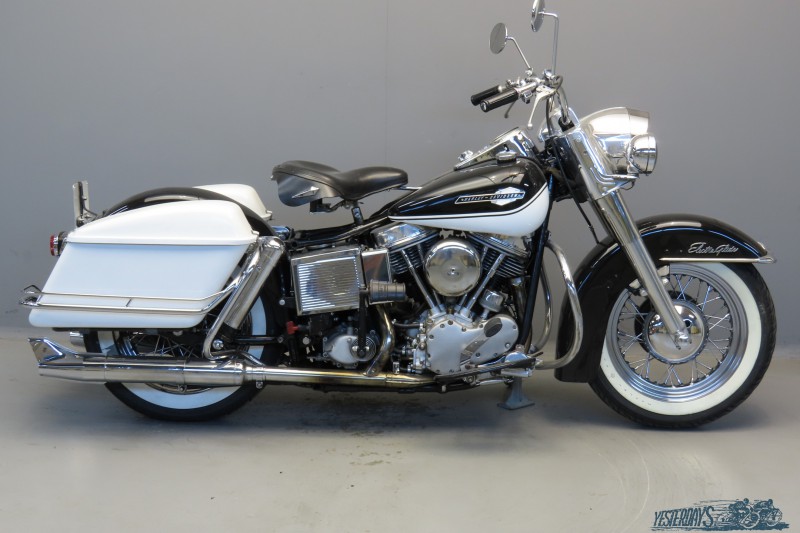 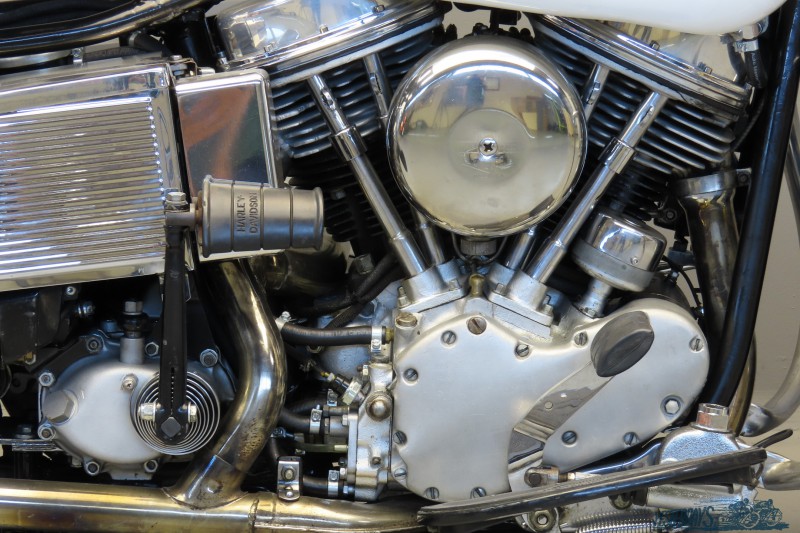 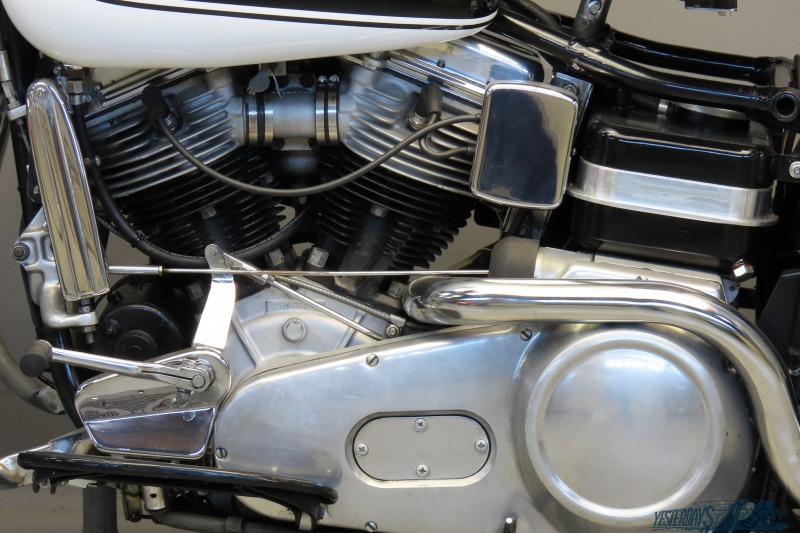 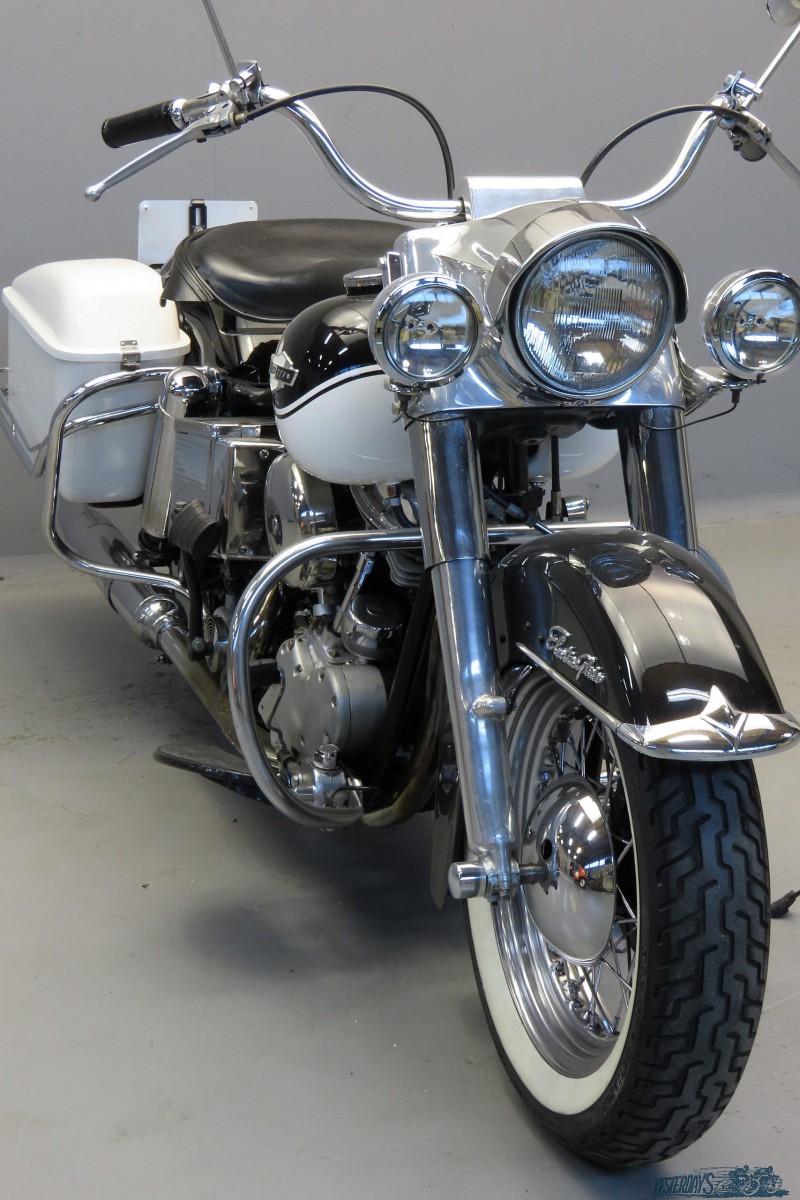 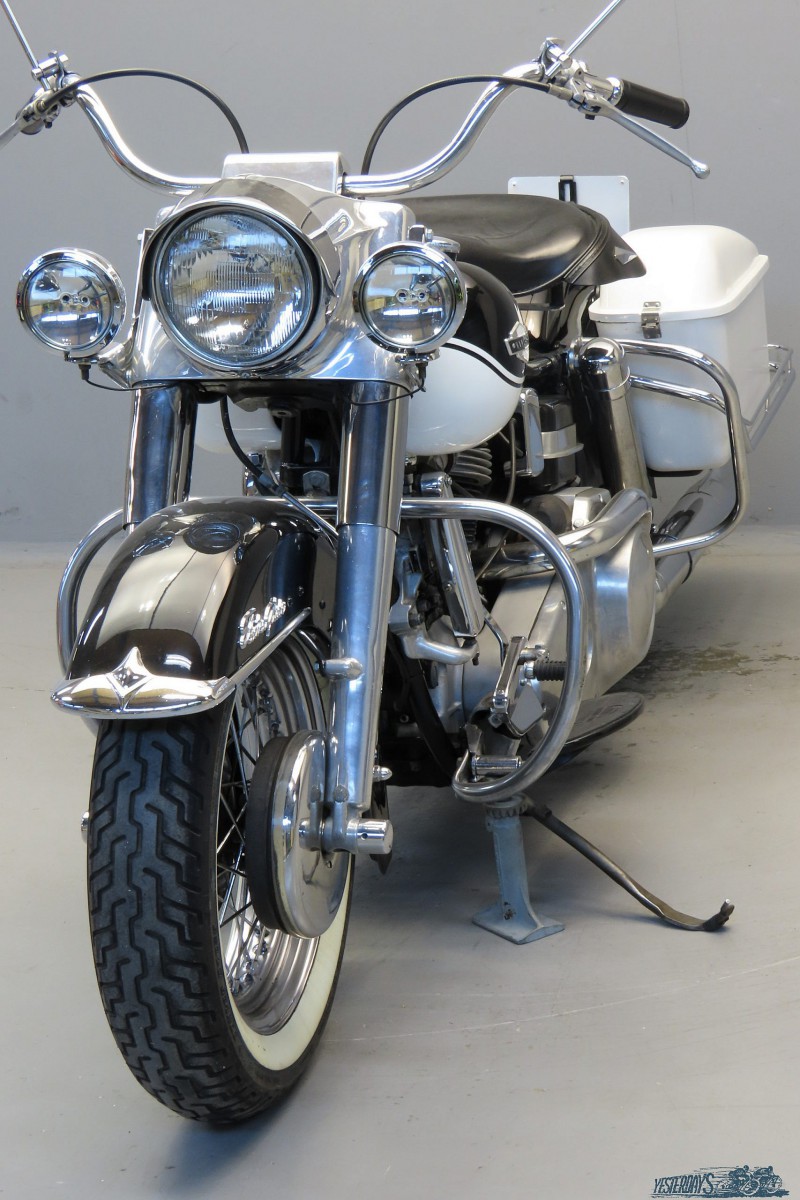 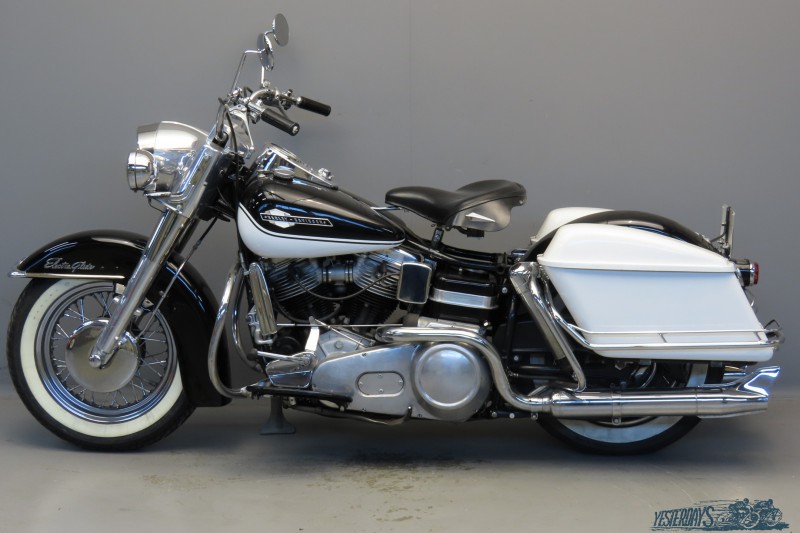 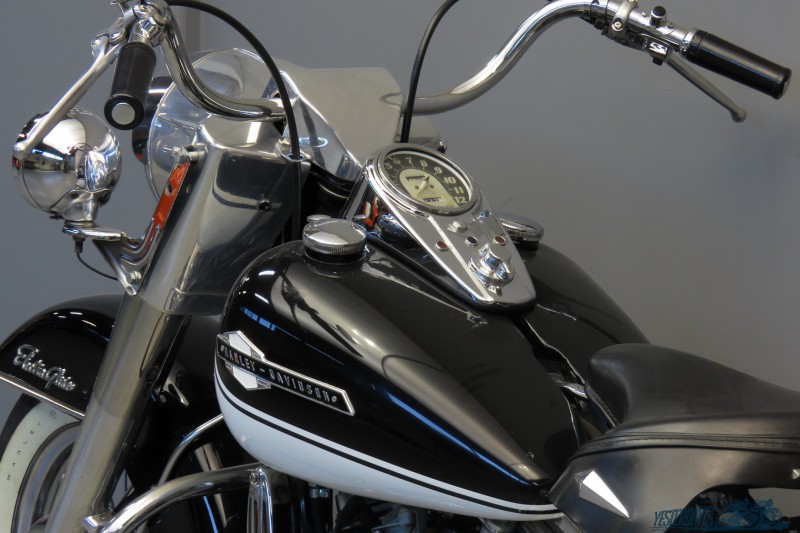 The Duo-Glide was so-named because in 1958 Milwaukee’s 1200cc Panhead was equipped with both telescopic front forks and a swingarm rear suspension, the latter’s action controlled by a pair of outsized, chrome-covered shock absorbers. It was a big step forward in comfort for touring riders, who came to revel in the bike’s cushy ‘Glide Ride.’ Many mounted saddlebags and a windshield and hit the road bound for points unknown. This year also saw the arrival of a hydraulically activated rear drum brake, but the dual suspension was the big news. “Highway…expressway…country lanes…city streets – there’s always a smooth road when you ride a Duo-Glide”, Milwaukee’s ad writers promised. “Solo or with a buddy, you travel smooth as silk – hydraulically smooth from front fork to rear suspension.”

The FL-series was available from 1958 till 1964, in various models.  From 1965 on an electric starter would be fitted: the ‘Electra Glide’ was born. The “B”-suffix in the official model designation refers to the electric start, but this letter does not appear in the engine code.  The kickstart remained available to special order up to 1972.  1965 would be the last year of the venerable Panhead. In 1966  a thoroughly redesigned engine was presented that soon got the nickname “Shovelhead” because of the prominent rocker boxes that were thought to resemble the shape of a shovel. Power output of this “King of the Highway” is 57hp @ 5200rpm, good for some 155km/h.  This well-restored specimen has the optional kickstart and  “2 into 2” double exhausts with fishtail and of course the roomy fiberglass pannier set.