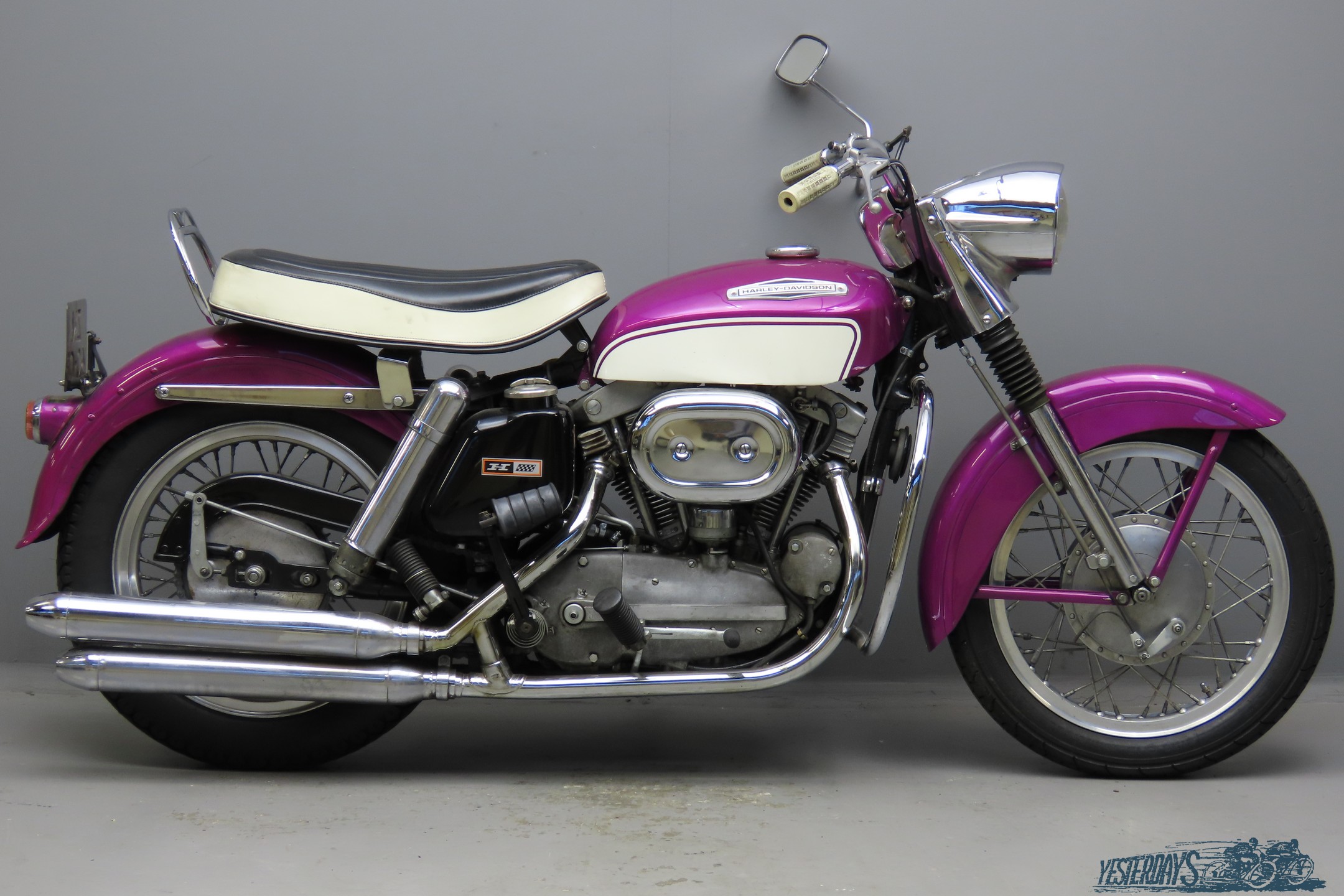 When it was introduced in 1952, the Model K was as radical a machine for Harley-Davidson as the Knucklehead had been in 1936, and the company presented it as a fully modern motorcycle.
With full suspension front and rear, a unit-construction engine, modest weight, foot shift/hand controls and clean styling, the K was clearly intended to address foreign competition in the U.S. market.
Unfortunately the K’s sales figures had not grown as expected in the face of the competition of imported British motorcycles.
So halfway down the fifties it was decided to develop a new model that would be better suited to compete with the dreaded British imports.
The “Sportster” arrived on the market in the autumn of 1956, featuring a newly-designed 883cc OHV engine that was good for a top speed of 160km.
This engine was fitted to the rolling chassis that was developed of that of the K.
The machine’s weight of 225 kg was quite moderate for a Harley.
The “lean and mean” Sportster became an iconic HD and was improved and updated year by year.
The 1966 engine delivered some 55hp@ 6800rpm, good for 175km top speed.
New for 1966 were redesigned intake ports, bigger valves and new cams, all good for a 15% power increase.
This Sportster was imported into The Netherlands from Georgetown, British Guyana, in 1986 and was subsequently restored.
The unusual “XLB” engine code appears to have been related to Harleys that were used by the authorities in that country.
She’s a good runner and comes with current road registration.