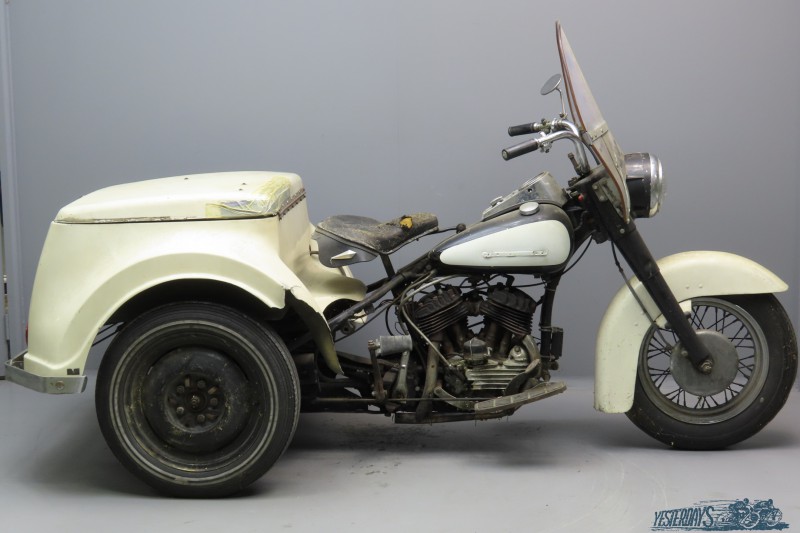 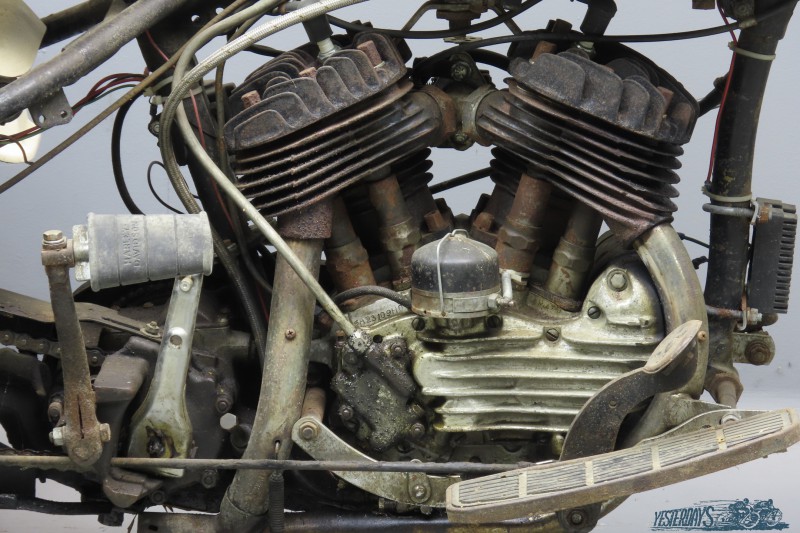 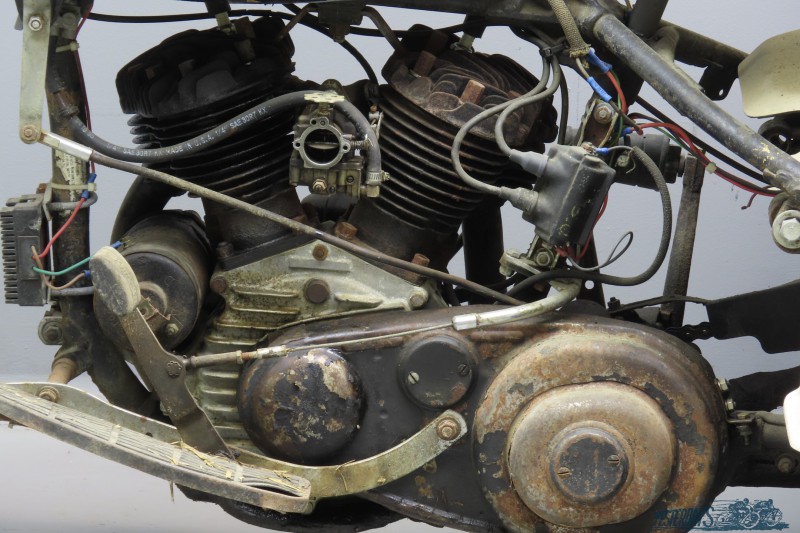 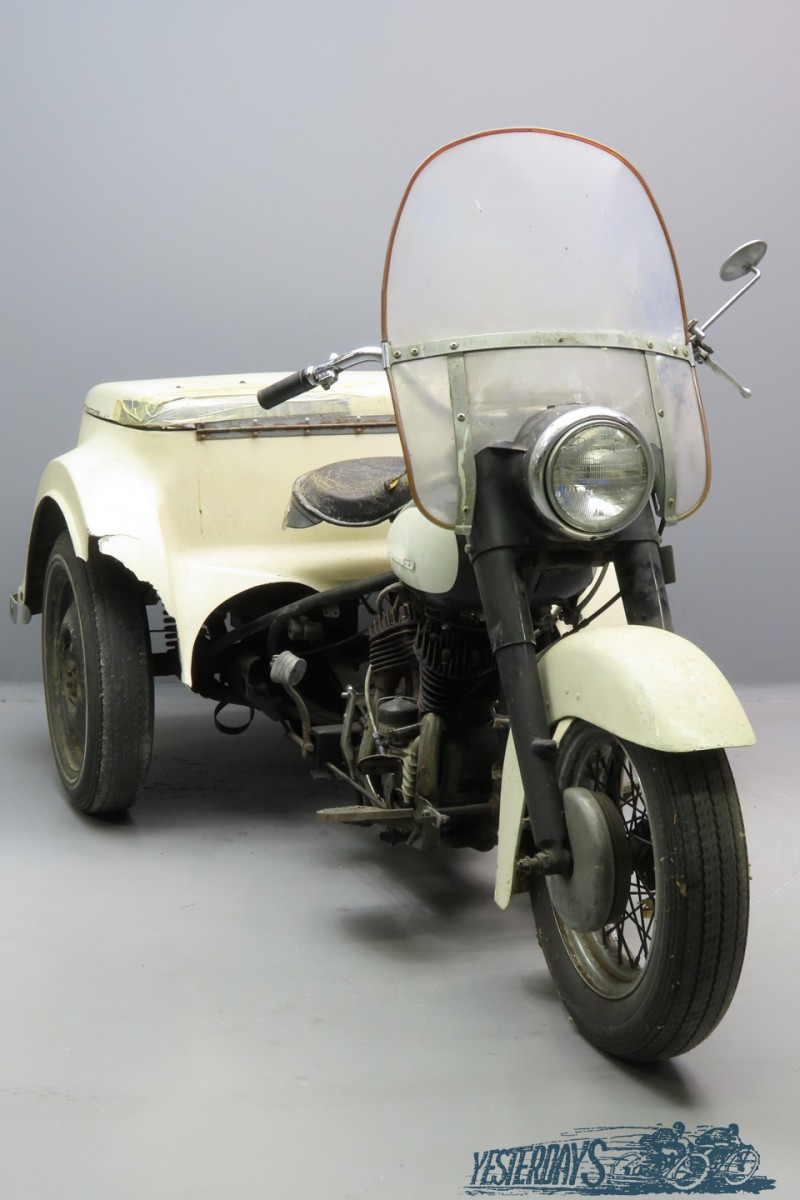 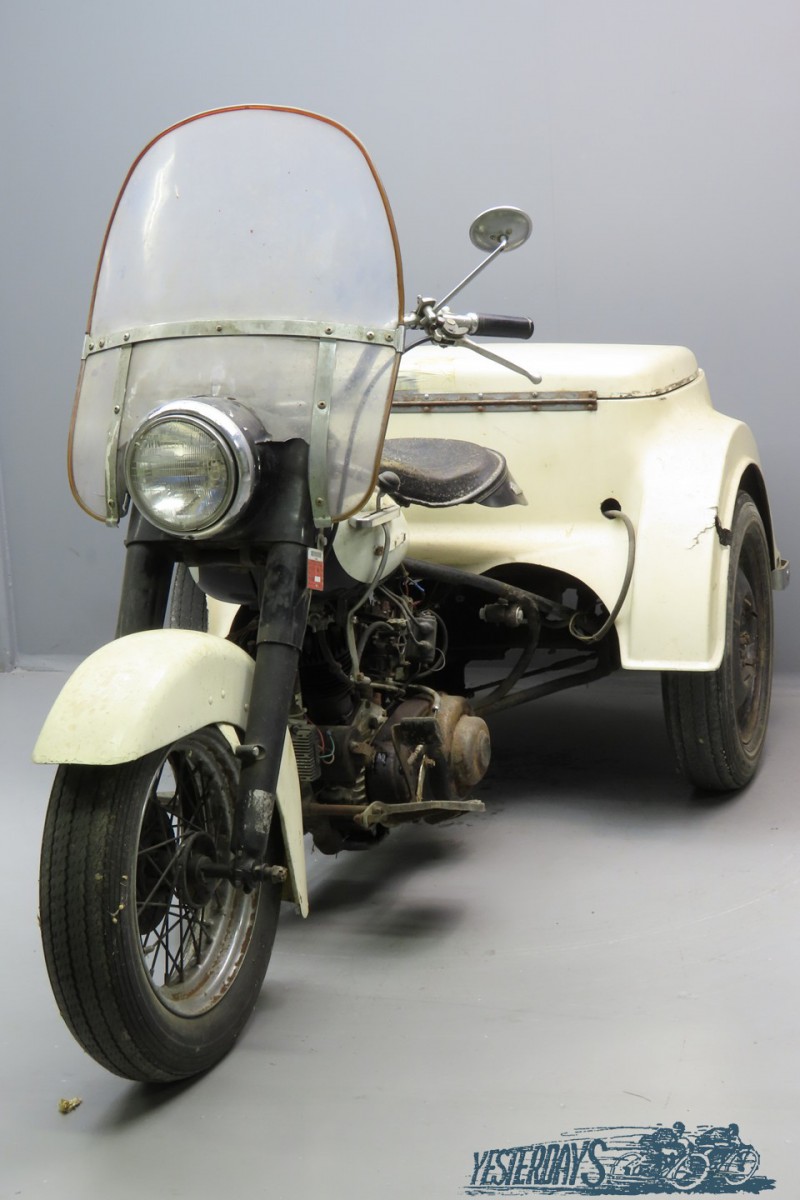 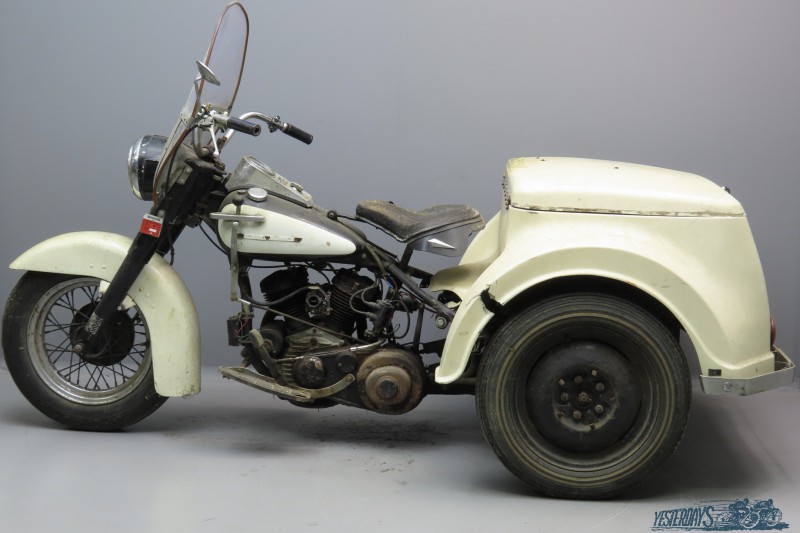 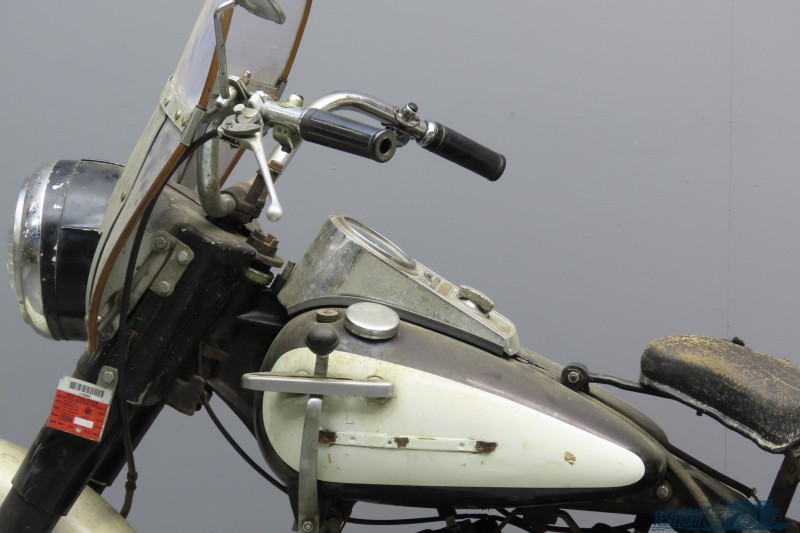 The Harley-Davidson Servi-Car was designed during the early 1930`s when Harley-Davidson was desperate to expand its product base to increase sales.
Initially the new product was targeted at the automotive service industry.
The idea was for a garage to be able to send out one man (rather than two) to collect a customer’s car and to return with it to the garage, towing the Servi-Car behind it.
When work was completed, the process was reversed.
Theoretically this should this should be much cheaper than sending out two men in a car or van.
Soon the Servi-Car became popular with local authorities and mobile vendors as a utility vehicle and also police departments saw the potential of the S-C for various duties.
Some police departments used the S-Cs into the 1990s.
Year by year improvements were made, but till the end of production in 1973 the 750cc side valve power source would be used.
There a three forward speeds and a reverse and the engine delivers some 21hp@4400rpm.
Top speed is around 85km. In 1970 494 S-Cs left the factory (source: M. Gerst, Harley-Davidson, all the motorcycles,1903-1983).
The machine we offer is unrestored and sold as is, what you see is what you get so to say.
The New York State Motorcycle Inspection Certificate on the left front fork suggests that the S-C was in use till July, 2008.
A damaged sticker on the rear of the trunk might refer to “Buffalo Police”.
There are no documents with this machine.