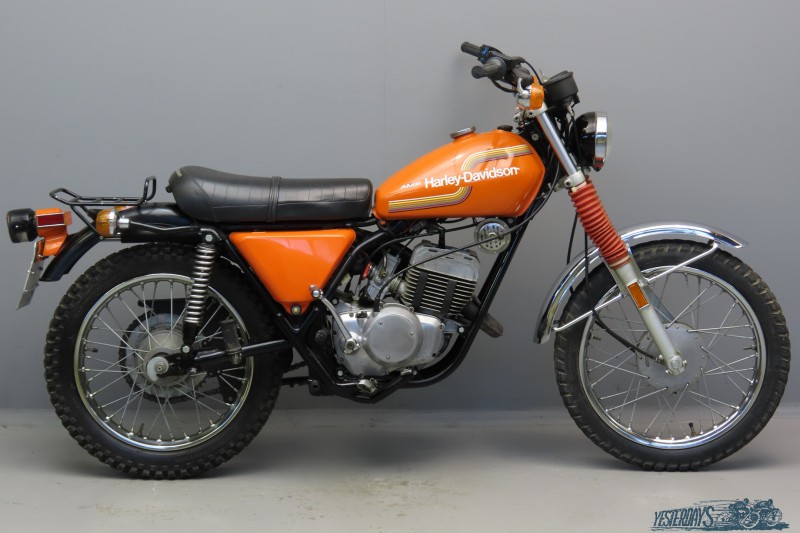 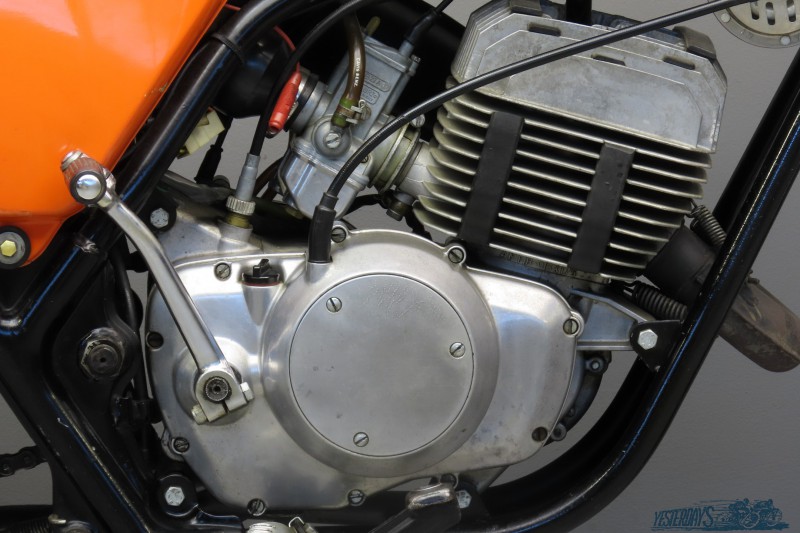 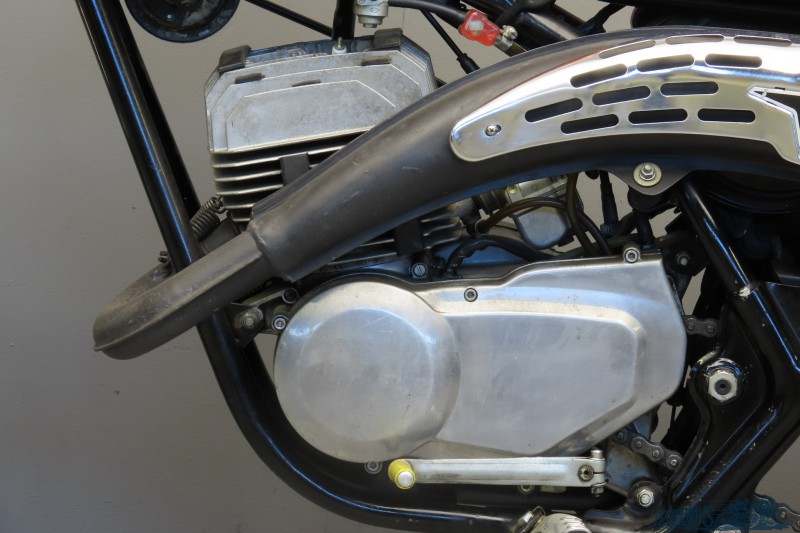 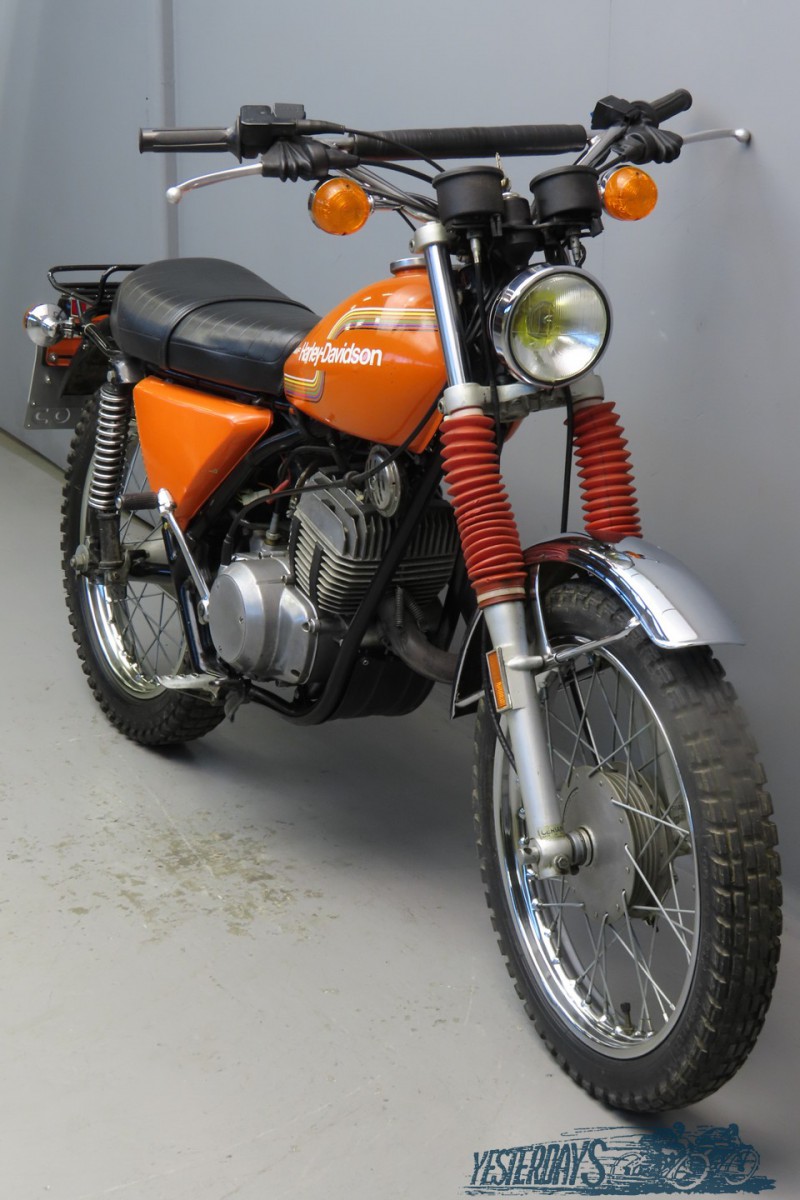 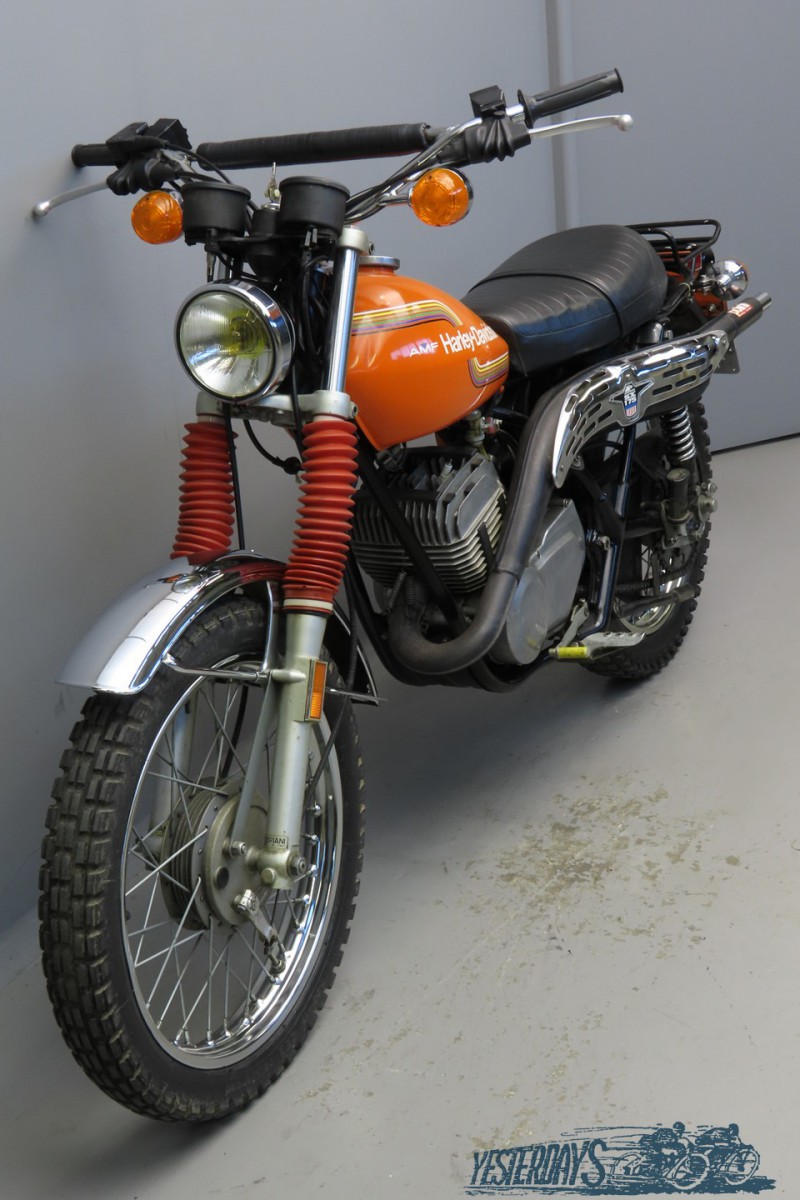 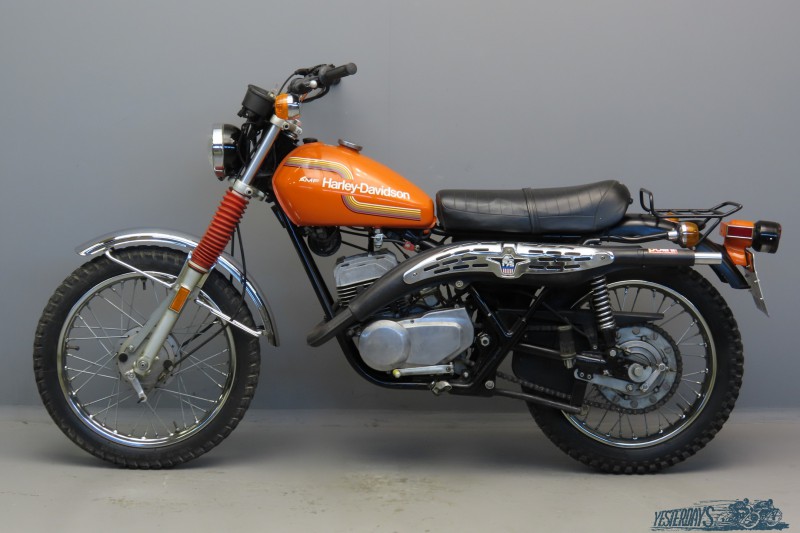 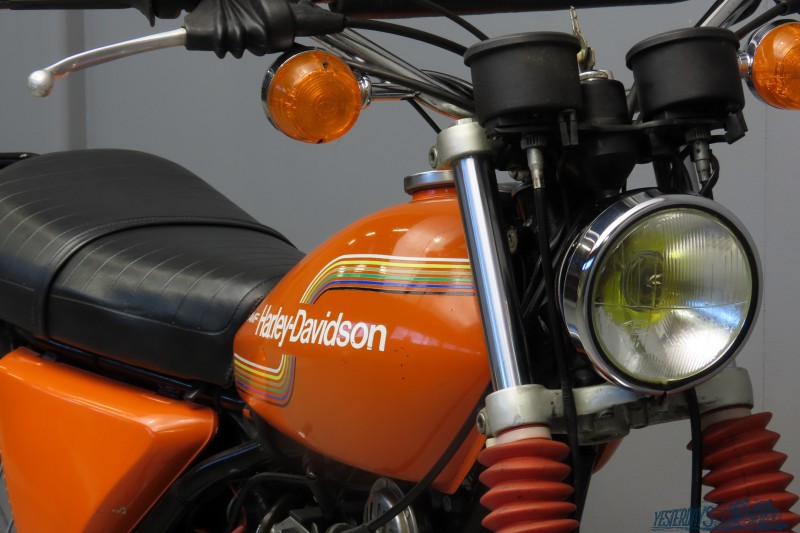 In 1961 Harley-Davidson bought a 50% share of Aermacchi which allowed them to compete better in the small bike and the off-road segments of motorcycle production and sales.
This Aermacchi-designed, Italian production SX175 did not come about until the 1974 model year.
That year Harley-Davidson was purchased by A.M.F., a conglomerate of sporting goods manufacturers.
Wishing to cash in on popular recreational sports like motorcycling, A.M.F./Harley-Davidson reached out to the youth market with a range of off-road motorcycles.
Enduro bikes were extremely popular in the mid-1970s, selling 10 to 1 over street machines in dealerships selling Japanese motorcycles.
One of Harley-Davidson’s offerings was the SX 175.
The air-cooled two-stroke engine was oil injected and came with a five-speed transmission.
The bike weighed a competitive 120 kg with all the street legal equipment and produced 17 horsepower @ 6750 RPM, all tailored for recreational riding.
The engine has bore x stroke dimensions of 61mm x 60mm and a compression ratio of 10.7:1, good for 17HP.
The brakes are 140mm in diameter and the front forks are Marzocchis.
This light and agile machine is in good original condition and comes with practical luggage rack and current registration.