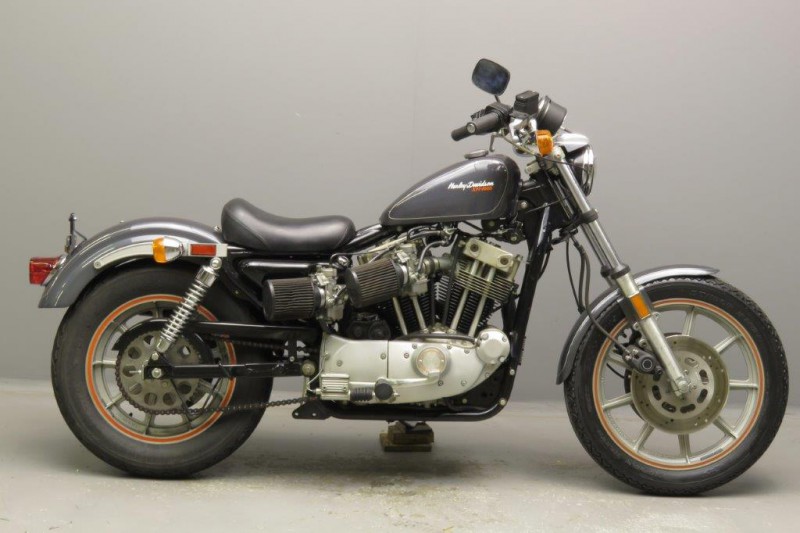 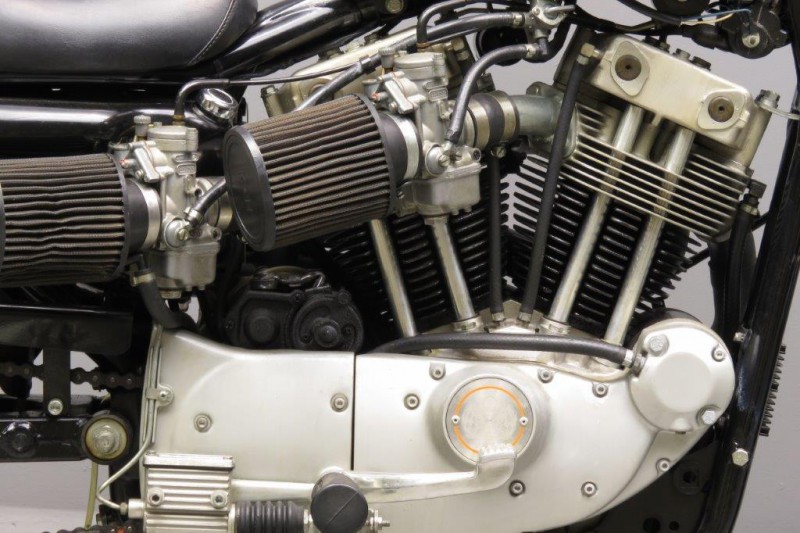 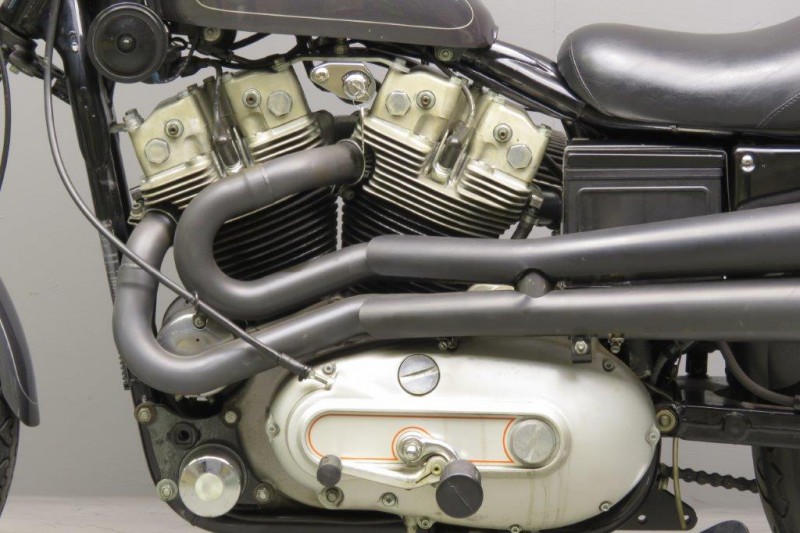 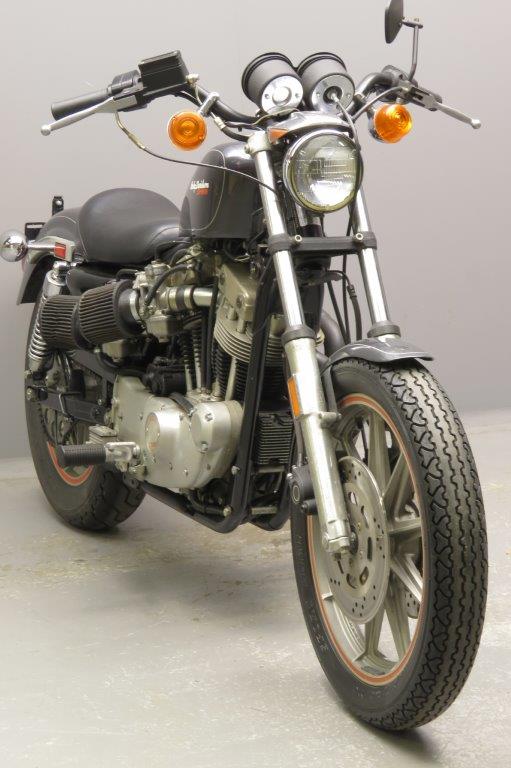 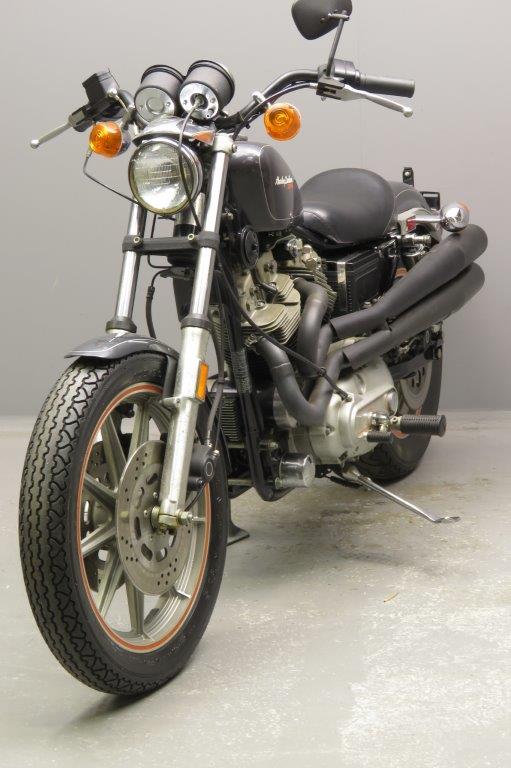 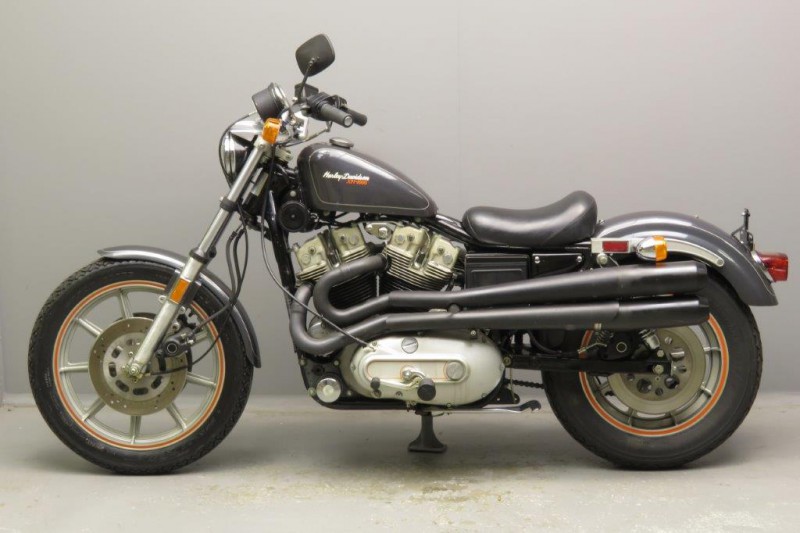 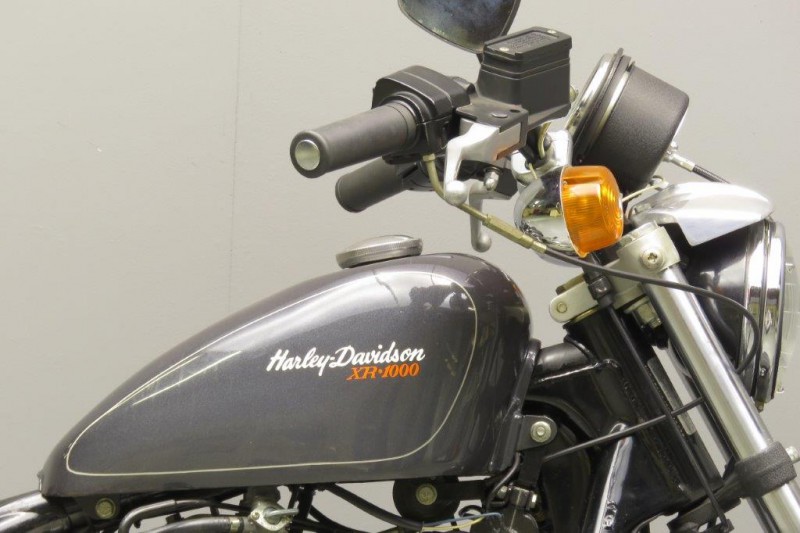 After the Harley buy-back in 1981, Willie G. Davidson pushed the idea that a Sportster-based bike with an XR-based engine could be turned into a pretty ferocious piece of machinery.
The XR had proved itself as a tremendously successful racer.
Willie had designed the stylish-but-underpowered XLCR Café Racer a few years before.
This was going to be an entirely different proposition, with a 1,000cc engine using a combination of XLX Sportster and modified XR750 parts.
The end result would become the Harley-Davidson XR1000.
High-test gasoline went in through a pair of 36mm Dell’Orto pumper carbs, which both hung out on the right side of the engine wearing large K&N air filters. On the left side of the engine, matching header pipes ran forward, then curved sharply back and over the top of the primary case before concluding in a pair of well-baffled megaphones.
Harley claimed 70hp at 5,600rpm, along with 48lb/ft of torque at 4,400rpm. That power traveled along a triplex primary chain to a multiplate wet clutch and through a 4-speed transmission tot he rear wheel.
New owners found starting their XR1000 easy, with a nice little button on the handlebar.
The Dell’Ortos did have chokes, but these were rarely needed thanks to the accelerator pumps.
It had a strong engine and would turn in quarter-miles in the 12s with a speed of more than 100mph.
The noise was wonderful but at high speed vibration was quite noticeable. Even so, the engine was so tractable that rolling along back roads at 3,000rpm was entirely pleasant.
The XR1000 was an impressive but expensive machine.
Harley turned out 1,000 XR1000 models in 1983. A further 700 XR1000s were built in 1984.
The XR1000 is more and more becoming a collectible bike now.
The Dutch-registered machine we offer here is a fierce runner in excellent condition and has only 1511 miles on the odometer.