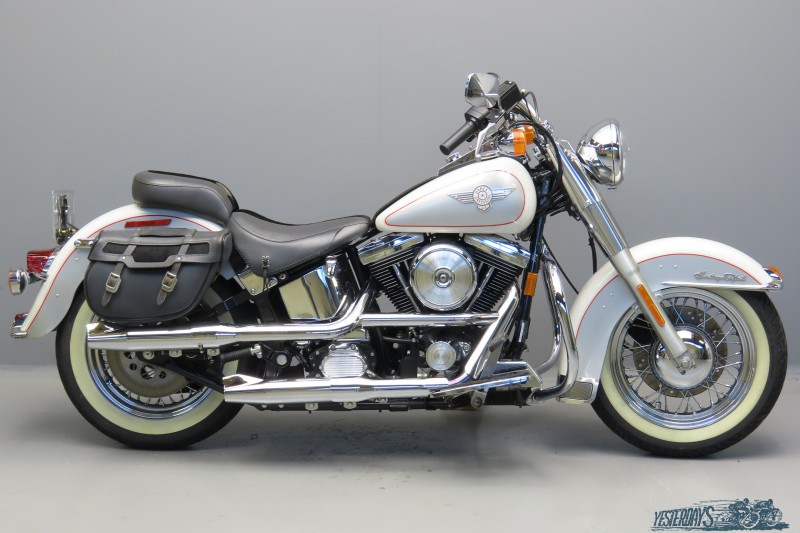 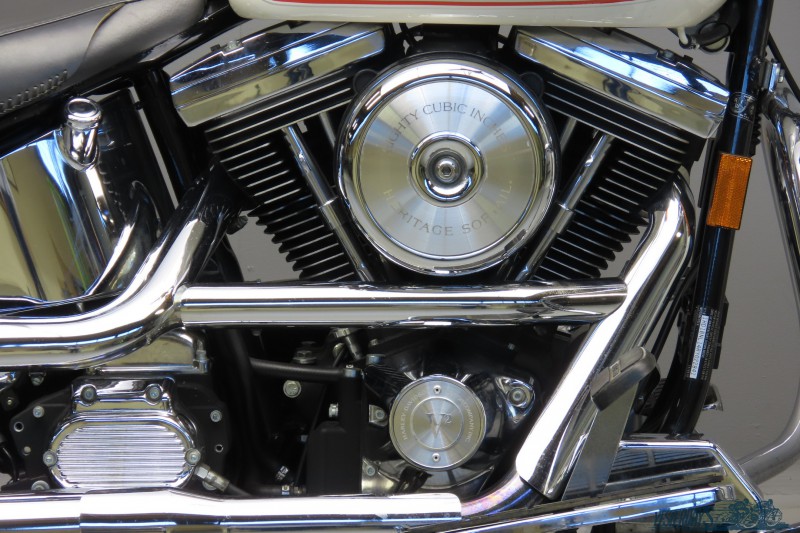 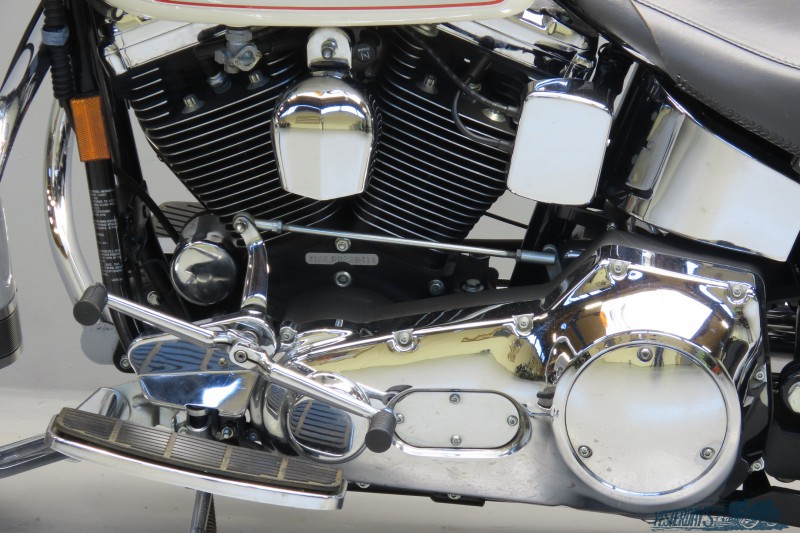 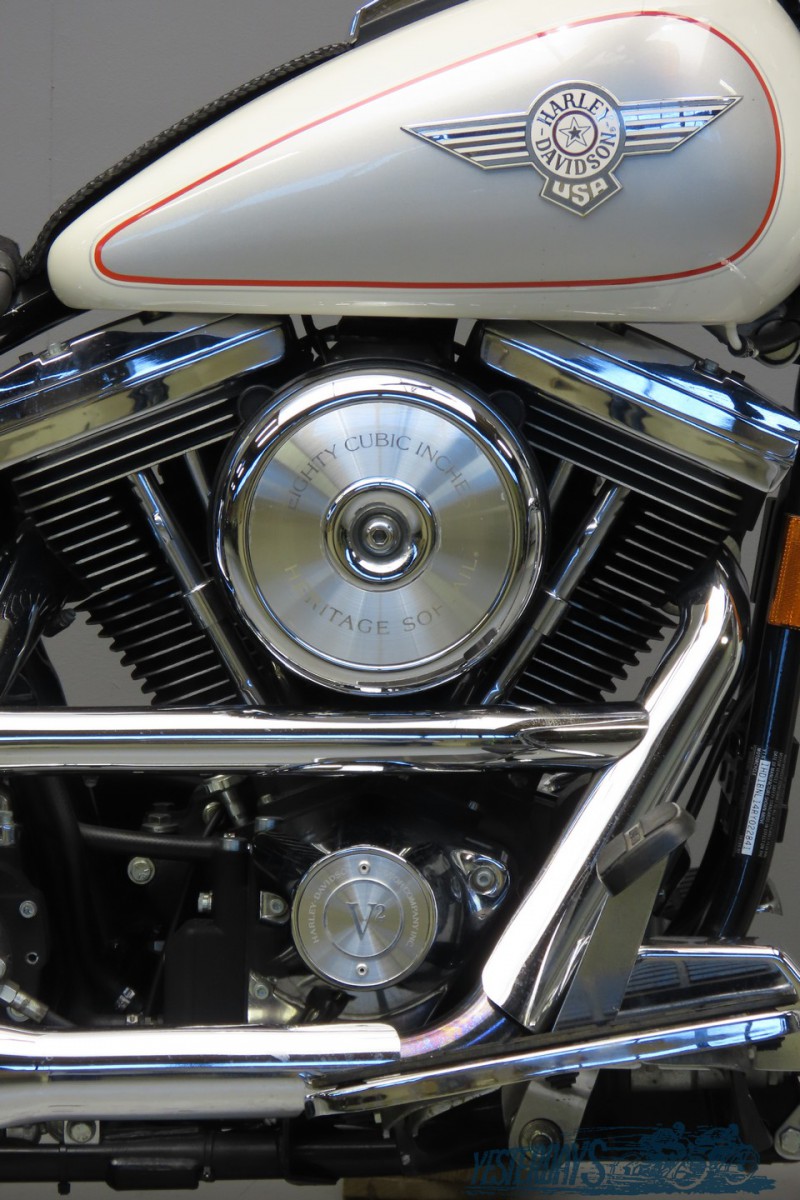 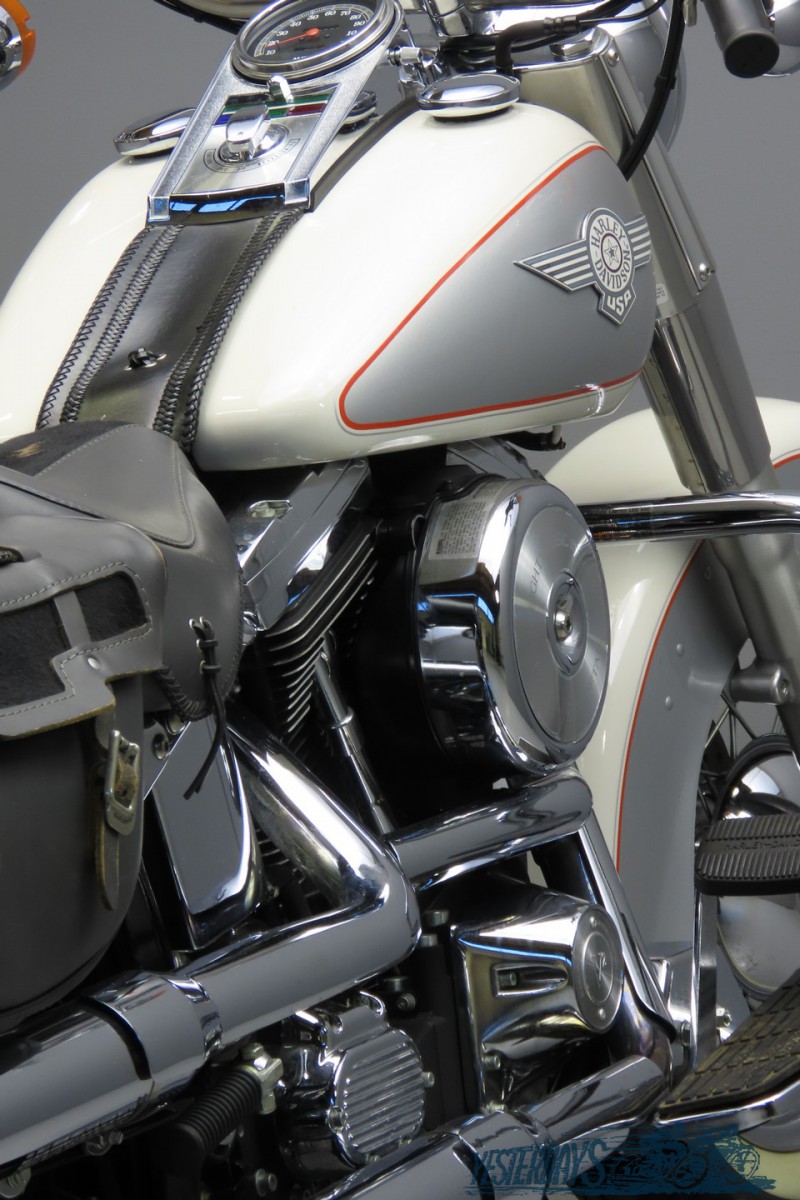 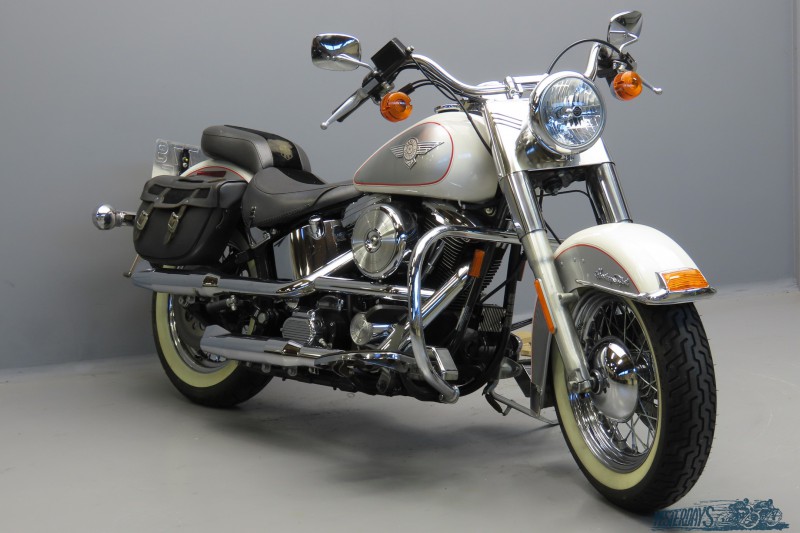 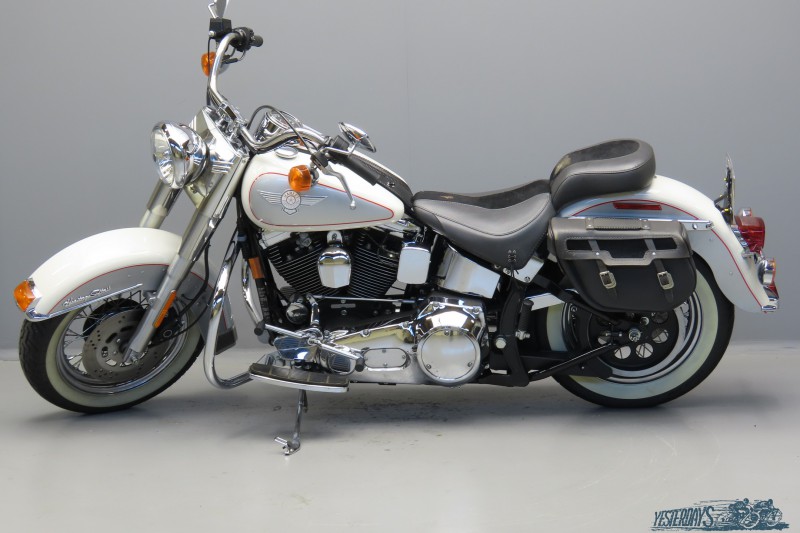 An important event in the lengthy development of Harley’s everlasting v-twin occurred in 1984 with the introduction of the new all-alloy Evolution engine together with a diaphragm clutch, air-assisted shock absorbers, and toothed-belt final drive.
The 1340cc Evo engine is regarded as a great improvement over its predecessor.
Harley Davidson’s Softails are so named because they are styled to look as if they have rigid frames; they do of course have rear suspension.
The “Heritage” tag denotes that classic Harley look which radiates nostalgia.
Its two-tone birch white-and-silver paint job, big round headlight, fork shrouds, wire wheels and wide whitewalls, make it easy to see why the model name “Nostalgia” was chosen.
The inspired addition of natural cowhide trim to the bike’s leather seat and small saddlebags gave the bike a playful identity, and tied it directly to America’s dairy heartland.
This provided the unforgettable nickname, “Moo Glide,” by which it became universally known.
This impressive Moo Glide is in near mint condition and has covered less than 2,300 miles from new.