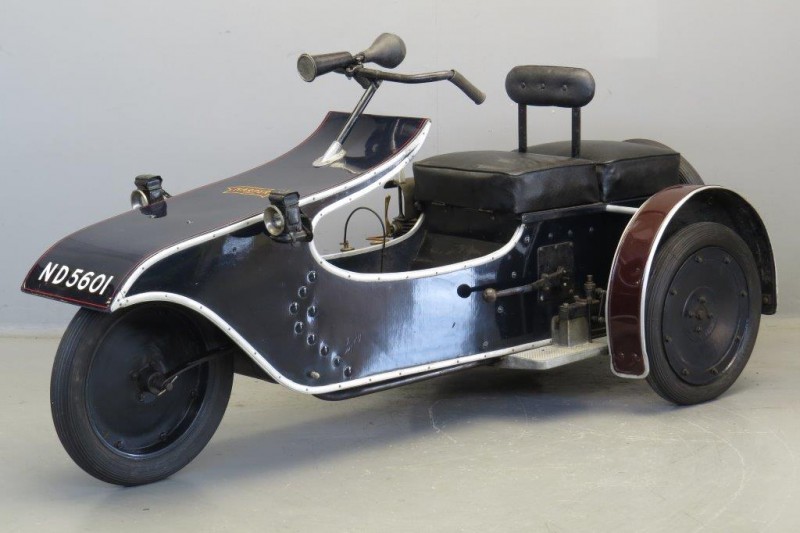 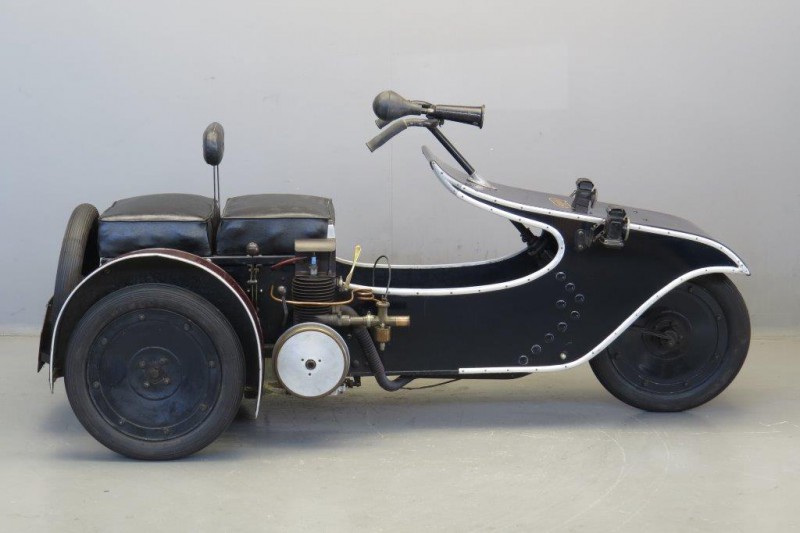 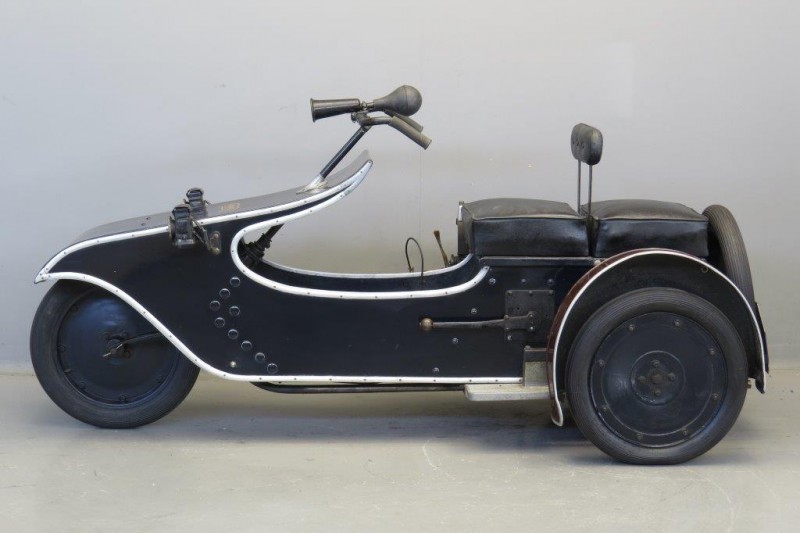 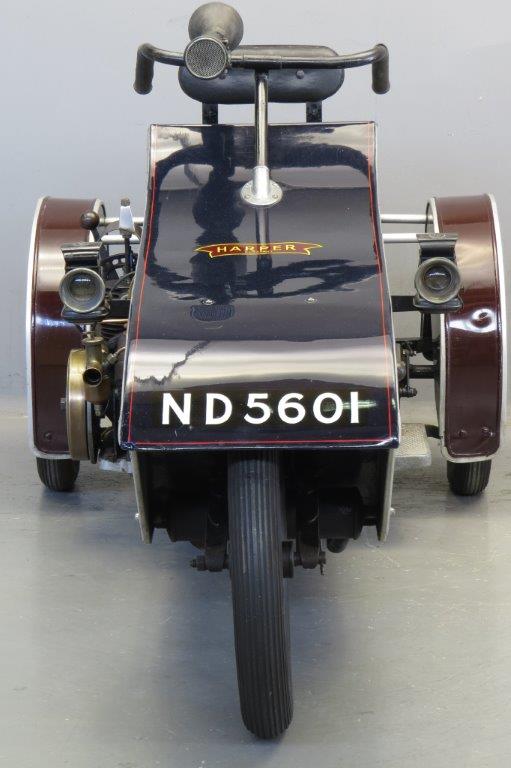 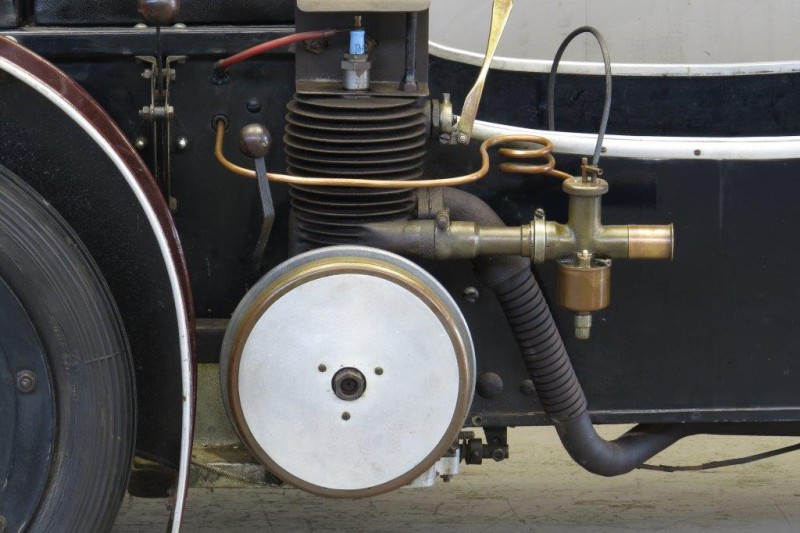 The Harper, manufactured by A.V. Roe and Co Ltd, first appeared in Manchester (UK) in 1921.
It was designed by R. O. Harper and was made in the AVRO Ltd aircraft factory.
The vehicle has a body that is constructed from plywood strengthened by aluminium castings.
Power comes from an offset mounted two stroke, single cylinder 269cc Villiers engine through a 3-speed gearbox.
This Villiers engine allows the Runabout to cover 90 miles on one gallon of fuel.
The seats are also very close to a car style in that there are two in tandem  in “dos a dos” or "back to back" style. Quarter- elliptic leaf springs attached to all 3-wheels take care of suspension  and  the “Runabout” also has an integral body and chassis.
The wheels are  1920s  state of the art   in that they are detachable and have  disc-type brakes.
Economy is excellent giving  100 mpg at a speed of over 40 mph. Starting is effected by a pull-up lever on the left hand side of the driver which can be operated with the driver in a sitting position.
This lever also functions as a ratchet hand brake.
Throttle operation is by foot pedal; there are also pedals for brake and clutch.
Luggage goes in a locker beneath the rear seat, petrol tank is situated under the front seat.
Although they were not officially able to compete, two Harpers took part in the Scottish 6 day trial in 1922 and are said to have impressed many with their performance in poor weather conditions and steep gradients.
They also climbed the Brooklands test hill with a passenger!
One of the customers for the Runabout seems to have been the Manchester Police, with at least one of the three-wheelers being used to aid crowd control at a flying event at Hough End Fields in the1920s.
Production of the Harper Runabout ceased in 1926 with around 500 vehicles believed to have been made.
This particular 1924 model  is an older restoration and is still in good running condition.
It is equipped with 2 oil lamps, a bulb horn, spare wheel and has legal road registration documents