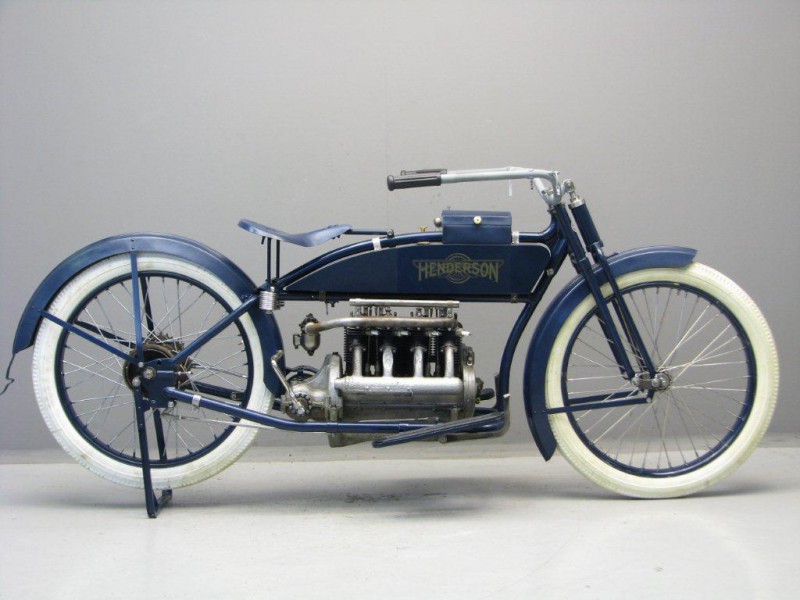 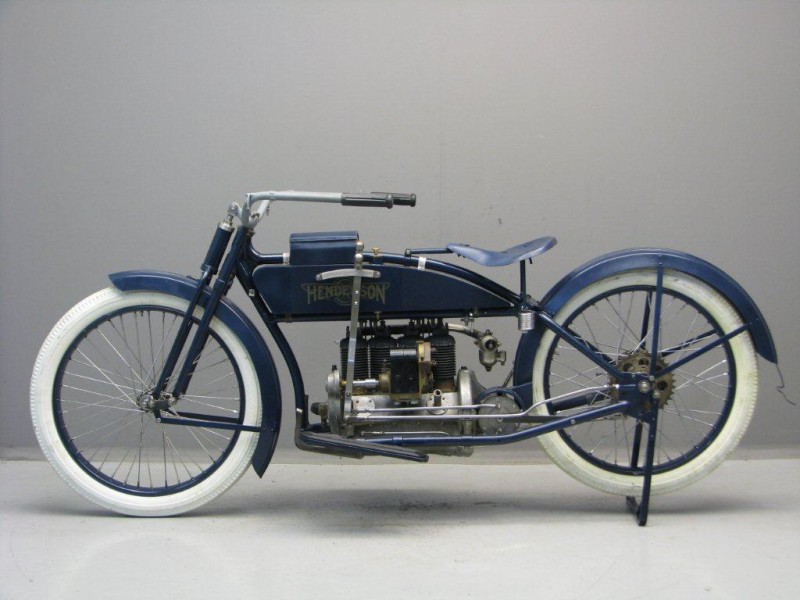 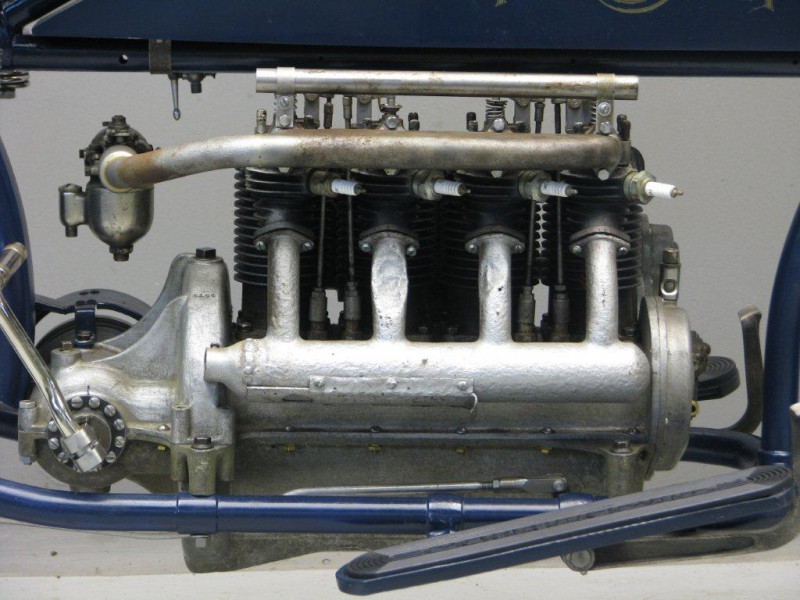 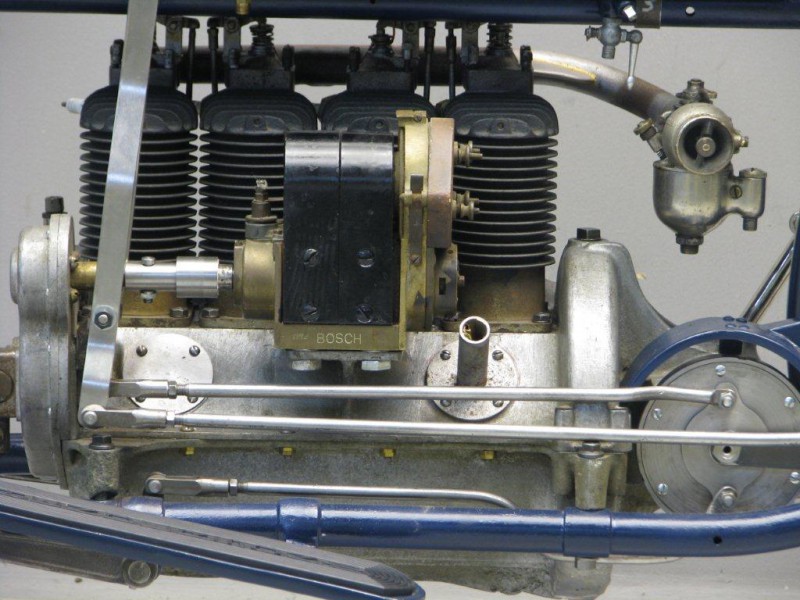 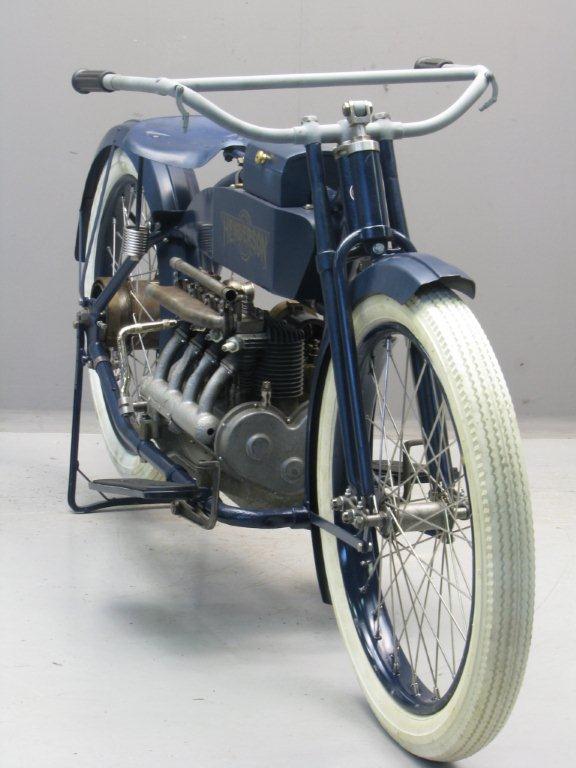 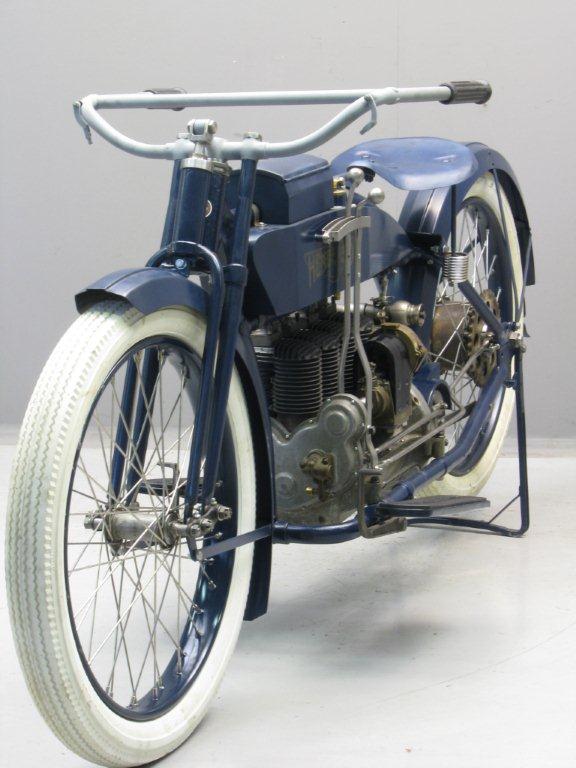 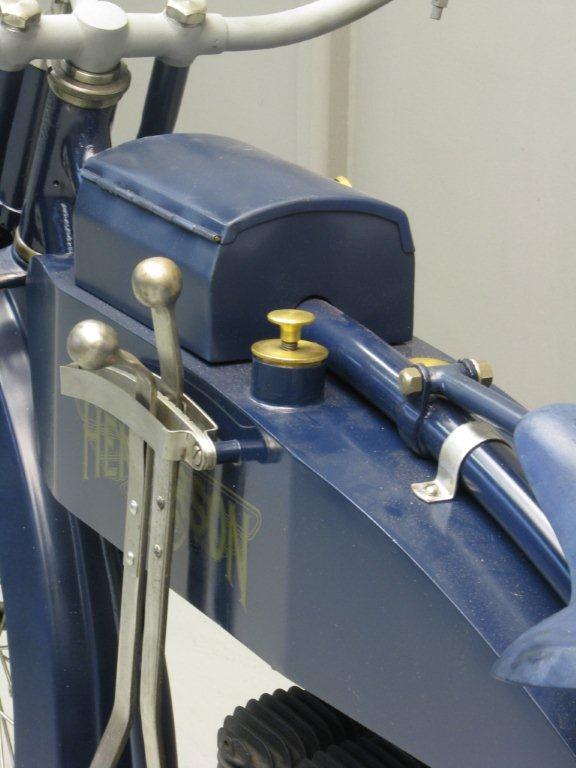 With the phrase “a new one from Detroit” the Henderson factory introduced its first production model in November 1911.
To underline the machine’s qualities Carl Stevens Clancy made a journey around the world with a Henderson four, covering a distance of 18,000 miles.
From the 1913 model on yearly improvements were made in the design: in  1913  the cylindrical petrol tank was changed to a flat one, the saddle position was lowered and the rear brake improved.
The 1912 and 1913 models were single speeders with drip feed oil system, Eclipse clutch and hand crank start; in 1914 a two speed hub gear was introduced and 1915 saw the introduction of a shorter frame; the early frames had a wheelbase of no less than 65 inches, the 1915 model was shortened to 58 inches.
The 1916 Model F took on the shorter wheelbase of the  1915 Model E.
Improvements included a mechanical oiler  driven from the cam gears and a kick-starter.
This graceful machine  should be considered unrestored ; it has  some new fabricated parts such as mudguards, fuel tank, handlebars and other small odds and ends.
The two-speed gear and clutch as well as the wheels have been overhauled: the wheels have new
spokes, rims and new 28 x 3 Coker tyres.