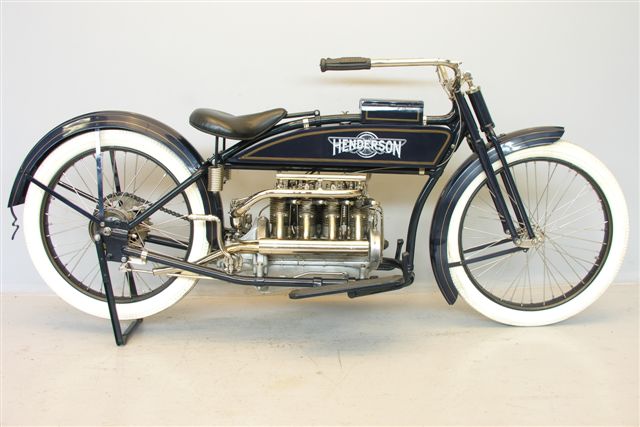 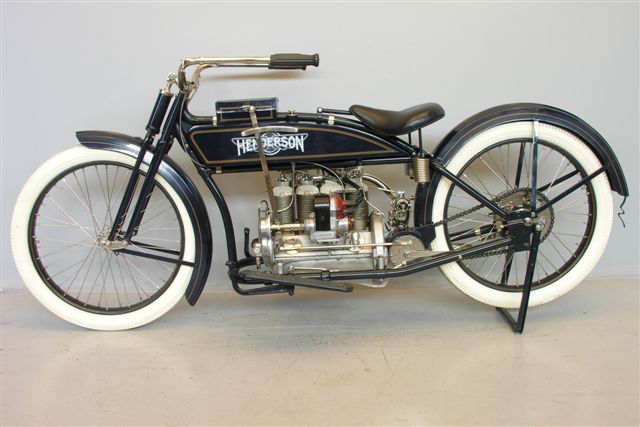 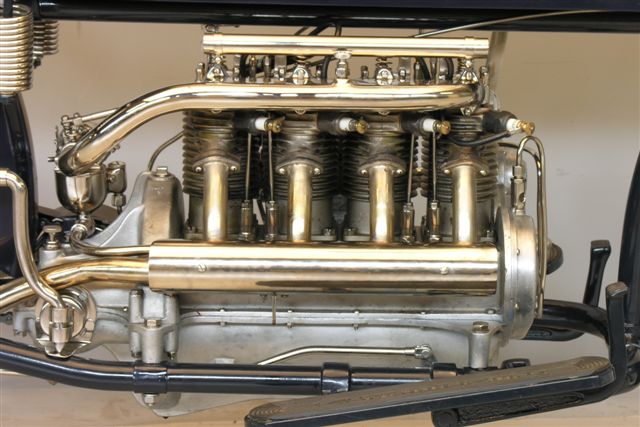 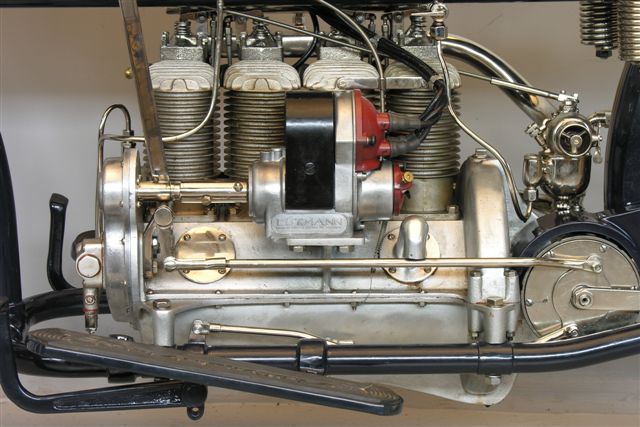 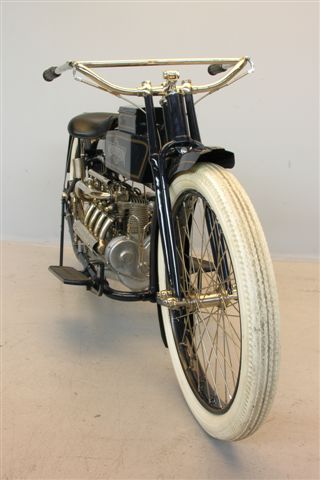 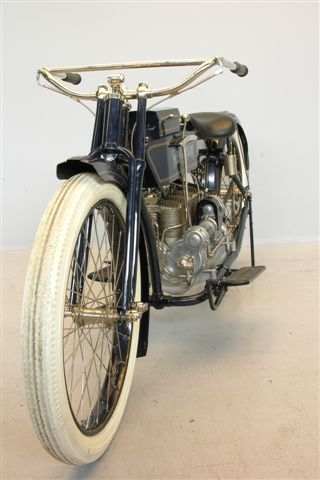 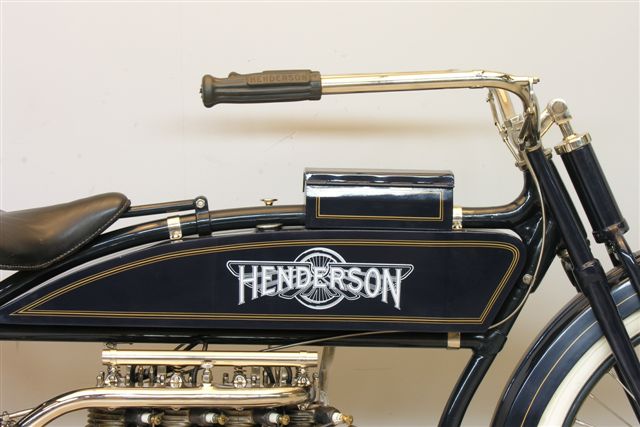 With the phrase “ a new one from Detroit” the Henderson factory introduced its first production model in November 1911. To underline its qualities Carl Stevens Clancy made a journey around the world with a Henderson four, covering a distance of 18,000 miles. From the 1912 model on yearly improvements were made in the design.
For 1916 the new Henderson was greatly improved and was only available in the short wheelbase version, however still with the gracious long tank, introduced in the 1913 model.
It had a new mechanical oiler instead of the previous sight glass drip system. Also added was a kick starter. Now they used a dual clutch control, one of the tank quadrant and one operated by the foot.
A literal quotation of Henderson for the 1916 model : There is no longer any question as to the leadership of four-cylinder design. The experience of all riders around the world in recent years has settled definitely the greater efficiency of the multi-cylinder motor for every purpose. As the “six” and the “eight “ are taking first place in the automobile field, so the four-cylinder is superseding the old-style “twin “in the most advanced motorcycle construction.
This beautiful 1916 Henderson is a meticulous restored.
It witnesses old style motorcycle design and modern craftsmanship.