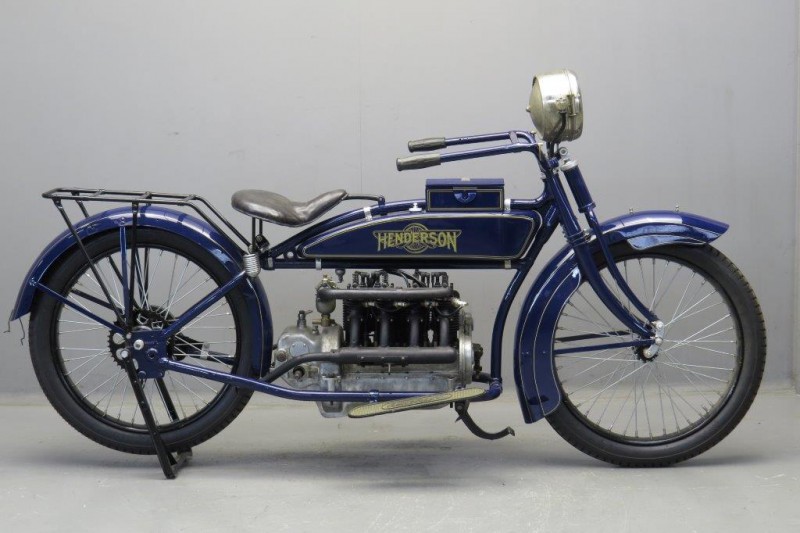 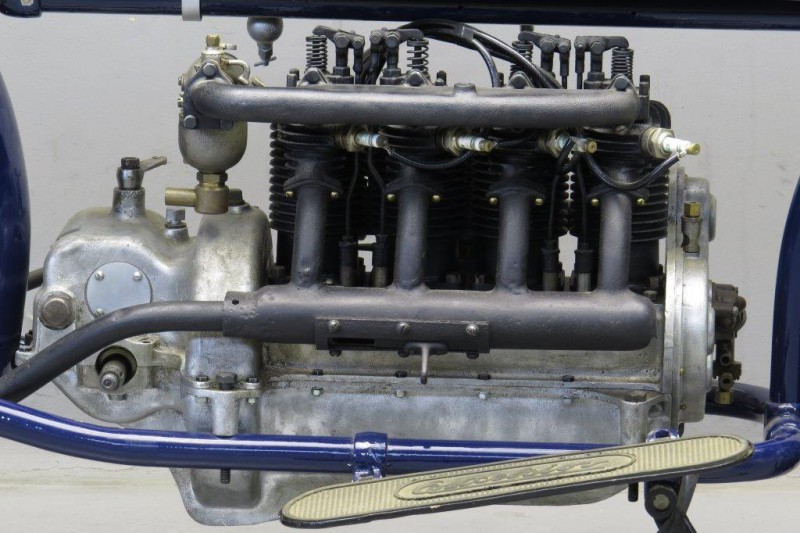 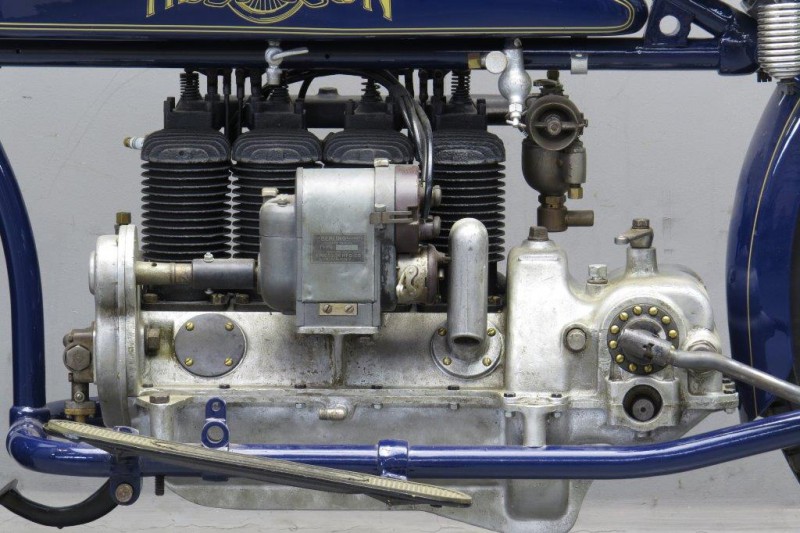 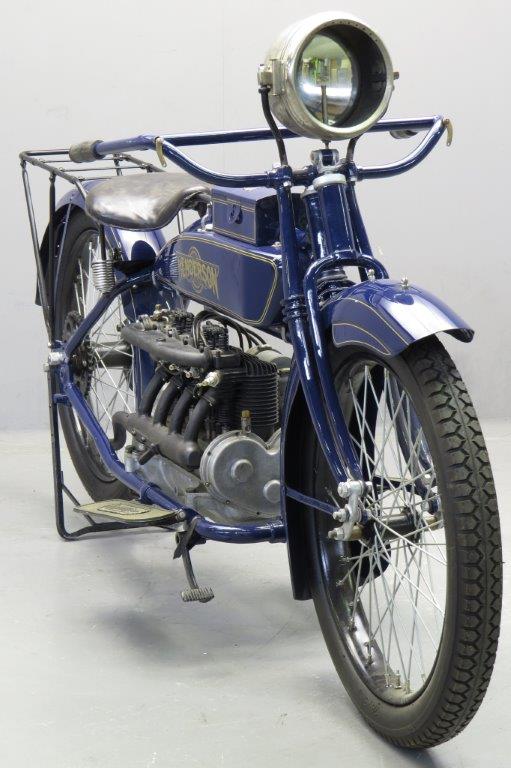 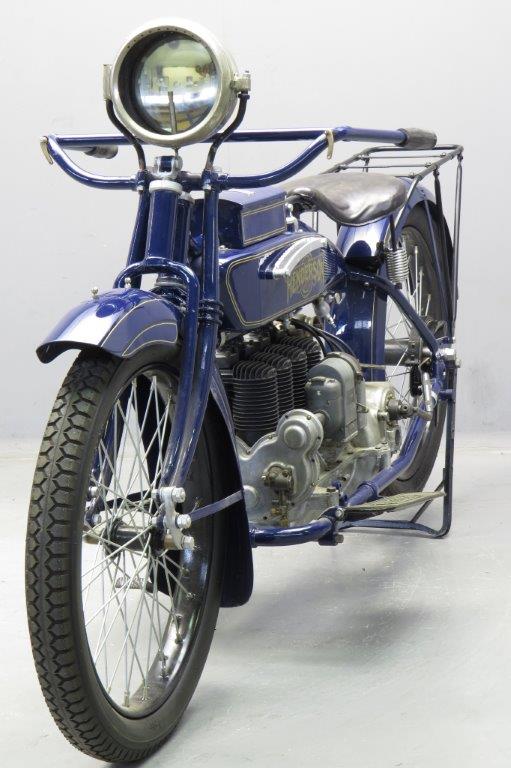 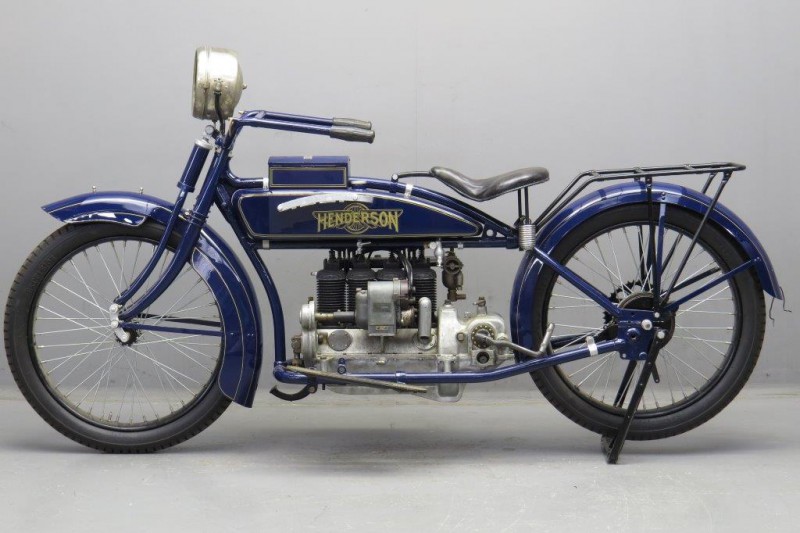 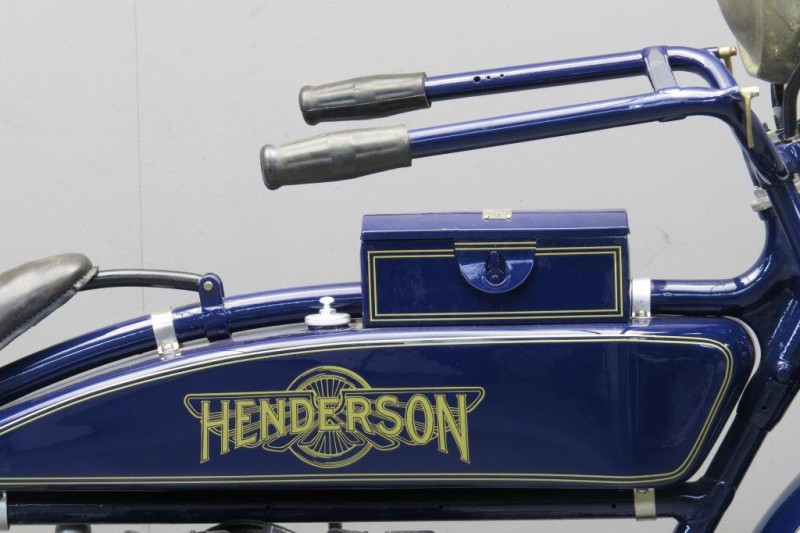 This machine, the brilliant conception of William G Henderson, immediately proved itself to be what the public wanted. Born in 1912, it lived a busy, successful and altogether sparkling life for a period of 19 years.' – T A Hodgdon, 'Golden Age of the Fours'.

One of the most charismatic names in American motorcycling history, Henderson produced nothing but four-cylinder motorcycles in the course of its 19-year existence.
Founded by Tom and William Henderson in Detroit in 1911, the firm passed into the control of Chicago-based cycle maker Ignaz Schwinn, owner of Excelsior, in 1917.
The Hendersons soon moved on to found the Ace motorcycle company – later taken over by Indian – and thereby had a hand in the design of all the major American-built fours.
Although early models featured an unusually lengthy frame extending well forward of the engine, the Henderson, like the contemporary Indian and Harley-Davidson, was an advanced design for its day. Displacing 965cc initially, the air-cooled cylinders were arranged longitudinally in the frame and employed mechanically operated 'F-head' (inlet-over-exhaust) valve gear.
There was single-gear transmission but the Henderson outclassed its rivals for convenience by having a free engine clutch and a hand-crank starter instead of pedals.
The engine was enlarged to 1,064cc for 1913 while a shorter frame, folding kick-starter and three-speed sliding-gear transmission were all Henderson features by 1918.
The 1918 model soon demonstrated that the Henderson was really quite a motorcycle, able to outdo and outperform the several makes of big twins then on the market.'
A short-frame three-speeder, this example of one of the most desirable of all American motorcycles Restoration has been started, however not completed, and the machine has been untouched for the past years.
This 1918 Henderson is a straightforward project with a very good value potential.