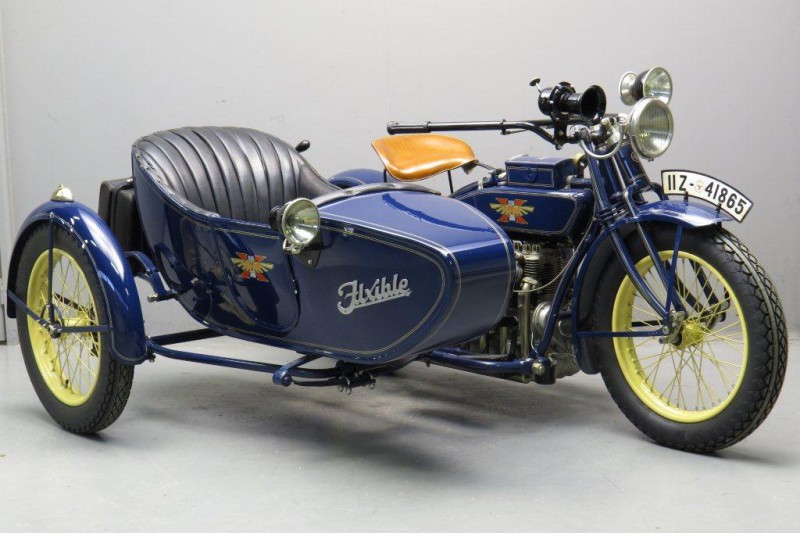 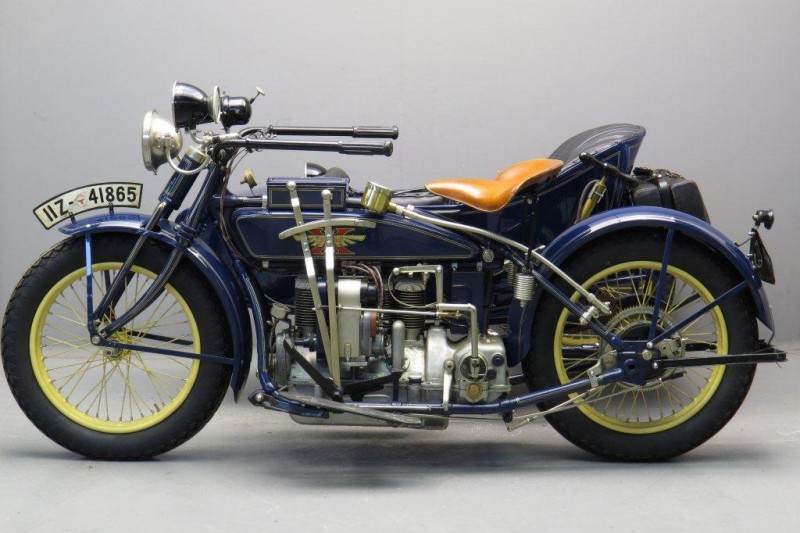 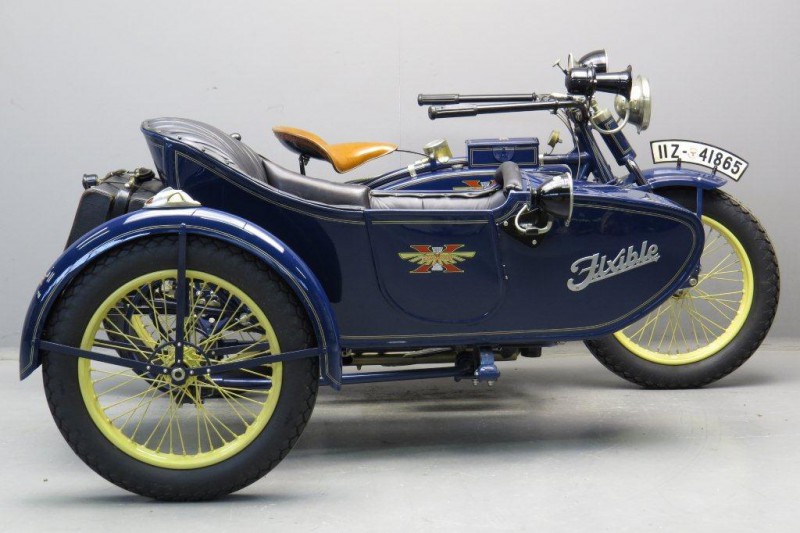 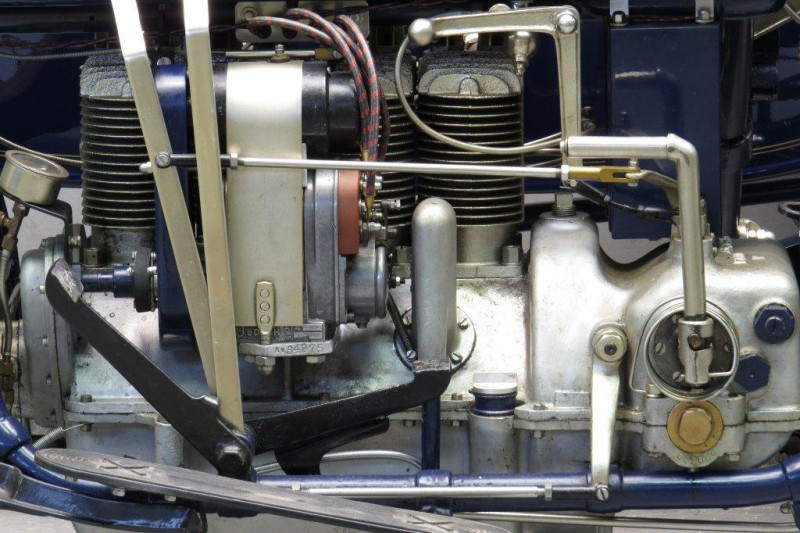 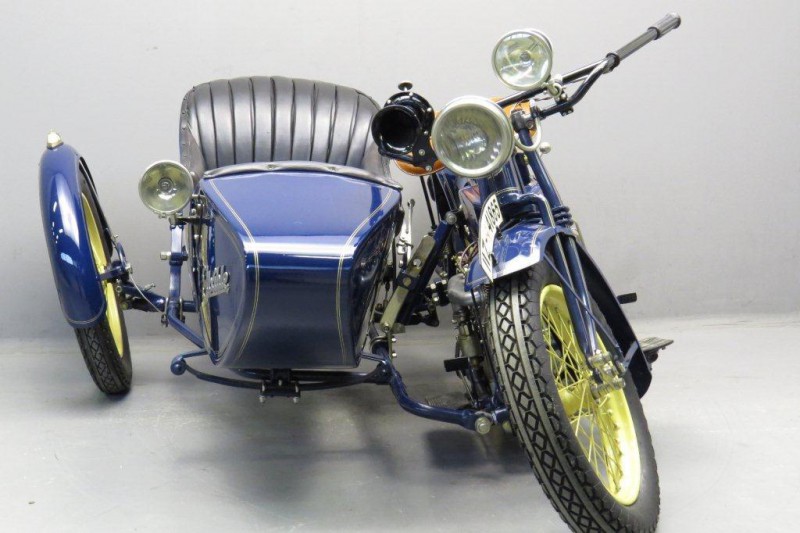 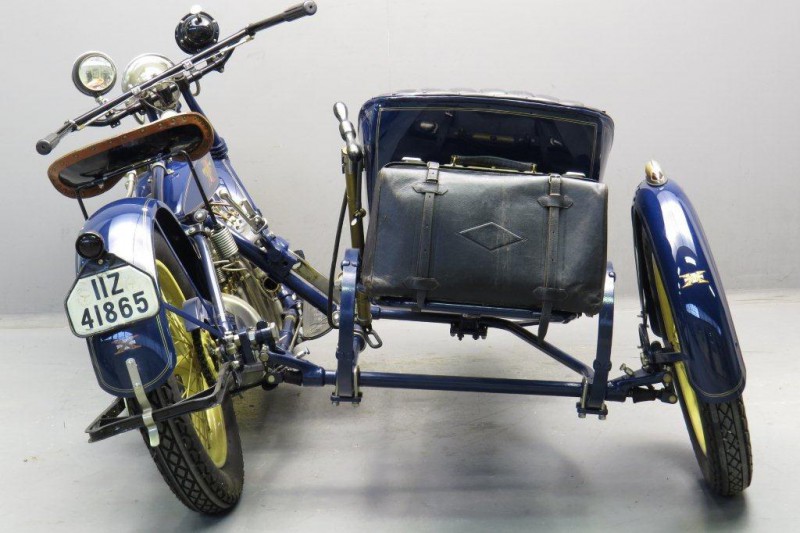 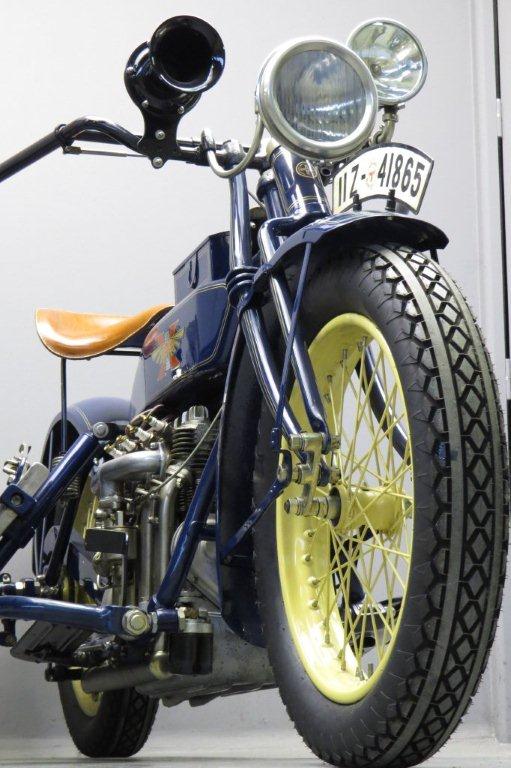 Introduced for 1920, the all-new Excelsior-built Henderson Model K boasted a 1,301cc side valve engine equipped with forced lubrication, a twin-downtube frame, strengthened front forks and enclosed rear chain. In an emphatic demonstration of the new Henderson Four’s capabilities, Wells Bennett set a new world record on a stock example on 31st May 1922, averaging 65.1 mph for 24 hours, a mark that would remain unsurpassed for the next 15 years.
In 1913, Hugo H. Young and Carl F. Dudte founded the Flexible Sidecar Co. in Loudonville, Ohio, to manufacture motorcycle sidecars with a flexible mounting to the motorcycle.
The flexible mounting allowed the sidecar to lean on corners along with the motorcycle, and was based on a design patented by Young.
His invention employed an ingenious parallelogram linkage that allowed the sidecar wheel to tilt while also acting as a suspension system. Young’s design was patented and the Flexible Side Car Company built its own factory in 1916.
In 1919, the company’s name was changed to The Flxible Co. (still pronounced "flexible") so that the name could be registered as a trademark.
The Flxible soon established itself as a favorite among sidecar racers.
Flxis were attached to all manner of machines – Harley-Davidsons, Indians, Excelsiors, Hendersons, etc – and before long the marque had countless sidecar racing victories to its credit.
In its heyday the company was the world’s largest specialist manufacturer of sidecars, with a range of race and road models that included single-seater, side-by-side and convertible types.
After low-priced automobiles became available in the 1920s, the motorcycle sidecar demand dropped and in 1924, Flxible turned to production of funeral cars (hearses), ambulances and intercity buses.
The company closed in 1996.

This iconic combination is in excellent condition throughout.
The machine is fitted with Coker 4 x 19 tyres and comes complete with Corbin speedometer, handlebar-mounted horn and spotlight.