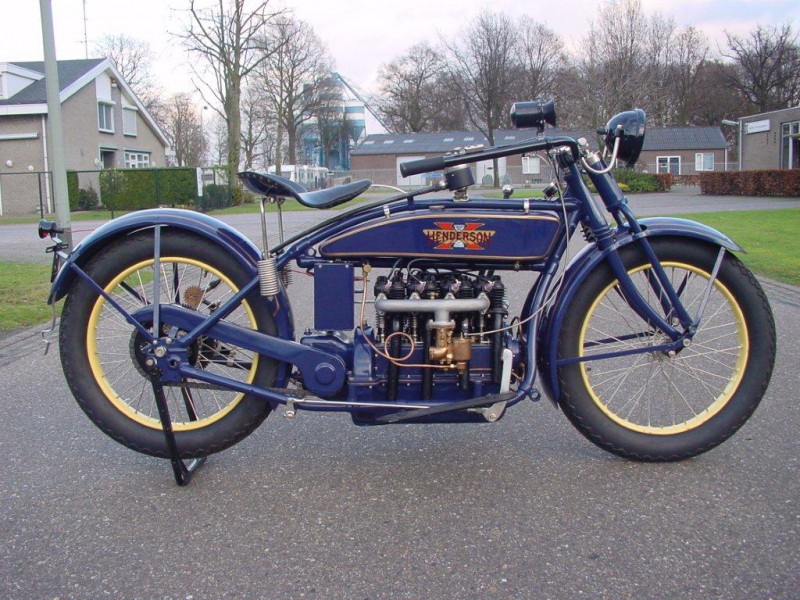 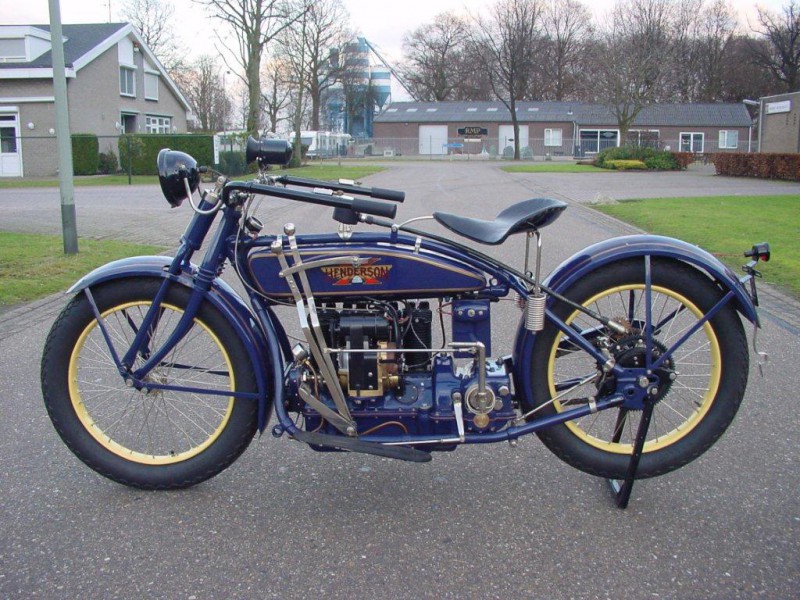 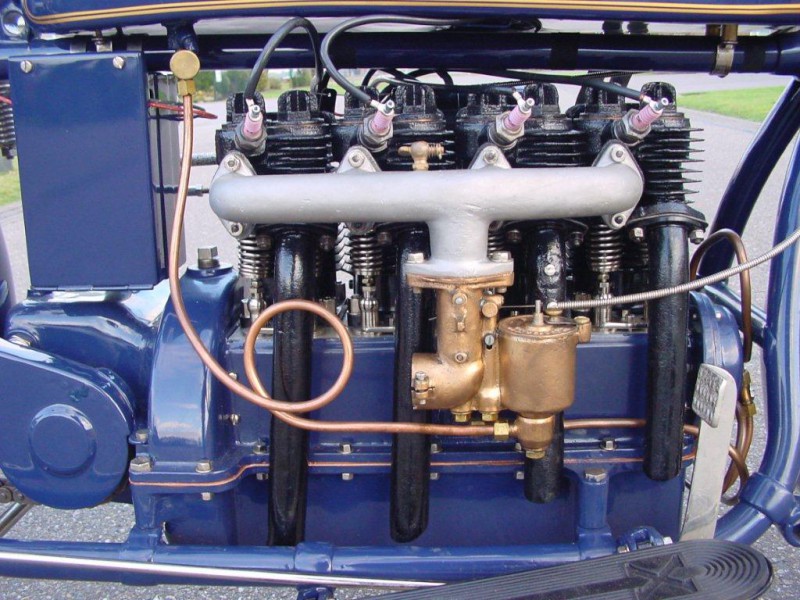 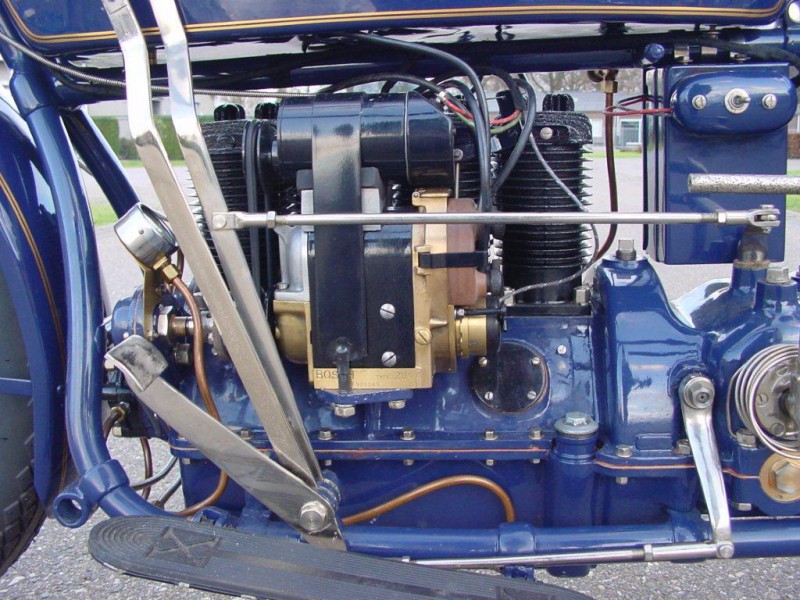 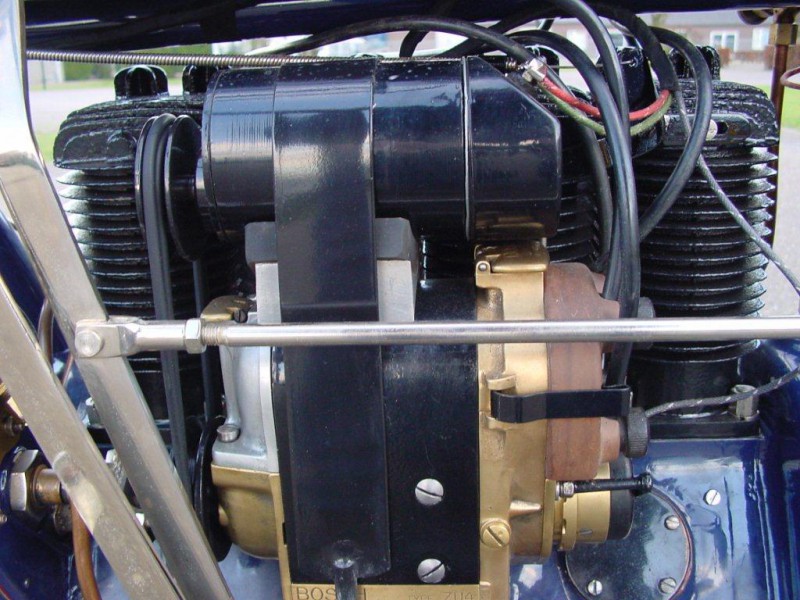 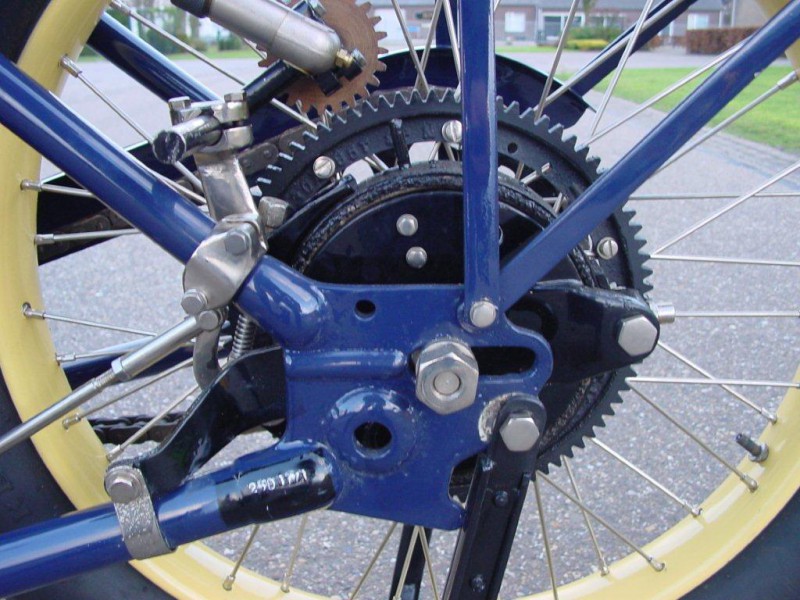 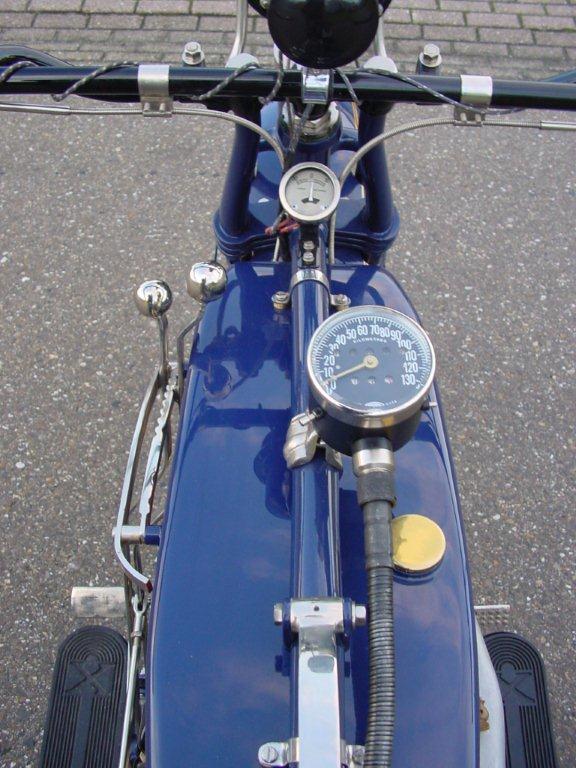 With the phrase “ a new one from Detroit” the Henderson factory introduced its first production model in November 1911.
To underline its qualities Carl Stevens Clancy made a journey around the world with a Henderson four, covering a distance of 18,000 miles. From the 1912 model on yearly improvements were made in the design: in the fall of 1919 an entirely new machine was brought out, the model K. It had a bigger capacity engine and  full pressure lubrication, a novelty in the motorcycle field.
The valve layout was now side valves for both intake and exhaust and the cycle parts had all been beefed up to cope with grater engine power.
Designer was Arthur Lemon, and he had done an excellent job: the model K broke many records in long distance, high performance and endurance tests.
The  K remained in production for about three years; its successor, the DeLuxe, would bring even more fame to the make.
Arthur Lemon designed several basic improvements such as larger intake manifold, larger carburetor and crankshaft and a more efficient rear brake.
The new DeLuxe engine developed 28 HP at 3,400 RPM on sole gear, giving it a top speed of 80 MPH.
The machine became very popular with police forces because of its speed and reliability.
This deluxe is a nicely restored specimen of the Henderson breed.